Showing posts from June, 2012
Show All

and the line kept on getting longer... After applying for 4 Fish O Mania tickets this year, I managed to secure only 1 ticket for the final qualifier at Lindholme Lakes in Doncaster. I arrived early, around 7am and was front and centre in the queue which as the morning progressed and the clock came around to 9am got longer and longer...  The banter in the queue was great and just goes to show what a friendly bunch of people anglers can be. Neil Grantham outlined the rules to the competitor and also paid tribute to an angler that unfortunately could not fish the event as he had been involved in an accident with a car.  That angler is none other than Nathan Watson and a collection was been made.... for the car driver... Peg 57, Laurels The Draw My hand went into the very full bag and out came Peg 57 on Laurels.  I'd fished Laurels before during the week with the Maggotdrowning crew so I had a basic idea of what to expect. Peg 57 turned out to be on the bank betwee
Post a Comment
Read more 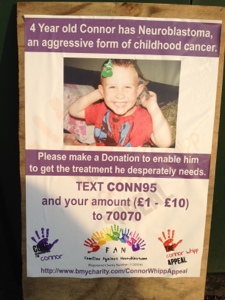 Brian Green, Proper Tidal Boy on Match Fishing Scene had organised a charity match for his nephew, Connor Whipp who has neuroblastoma a form of childhood cancer.  The venue was Roy Marlow's Glebe complex in Leicestershire But first a little about Connor.  Connor is 4 years old who loves Captain America.  In fact the treatment Connor needs is based in America and family and friends are on a mission to raise £250,000.  Connor's favourite super hero, Captain America is going to help him beat his illness.  If you would like to donate to Connor's appeal, please donate at this website: http://www.bmycharity.com/ConnorWhippAppeal The Night Before... A little tired after the previous night I decided late on the Sunday night to travel down to the infamous Longshoot hotel for some craic with the lads as I thought it would be better than having to get up really early on Monday morning and battle the thousands of commuters from Teesside to Leicester. Pulling in
Post a Comment
Read more 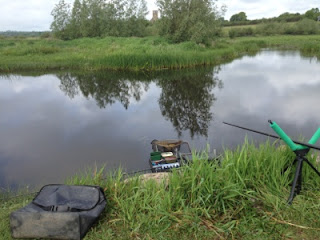 Day 6, our final day's fishing in Ireland and the group had agreed to go back to the cut at Trinity Lake. We arrived with only a few people on the bank up to the far end, so we easily fitted in our 6 pegs together. I drew a peg one down from my previous experience on the Cut and knew exactly how to fish it. The Set-up Pole only today, just as previously, so it was 12 metres of pole coupled with a very light float to trot down the swim and fish shallow. The All-In Feeding cast and trotting the float down the swim it took some time before the first fish was in the net.  In the meantime, both Paul and Fred (who was my partner for the day) were soon ahead of me.  Paul's fish were of good quality. Eventually my fish started to come, but they were definitely smaller than those Paul was getting and so started a great battle for honours between myself and Paul.  Today would decide the champion with Paul needing to finish two places higher for a win, or one place highe
Post a Comment
Read more
More posts