September 10, 2012
In my quest to fish more local venues, the lads on the Anglers Cabin forum have started a monthly match at Hemlington Lake in Hemlington, Middlesbrough, so I put my name down.

I last fished Hemlington Lake back in 1988, some 24 years ago!  The lake has changed quite a bit since then...  a number of floating islands have been put in place to help protect the fish stock from Cormorant predation.  Fishing swims are now clearly pegged out with staging.  There is plenty of bird wildlife on the lake and the vegetation around the lake is really well established.  More details on Hemlington Lake and activities around the area can be found on this link.

The Draw
11 people turned up for the 5th match at Hemlington.  A great bunch of lads as most anglers are with plenty of characters.  Daftlad (Matty) the venue regular wasn't fishing but offered plenty of helpful advise to everyone.  Of course there is always one angler who arrives last and is paid out on the most.  That honour was Gambits (Dave) or Mr Maver as he is now known... just see how shiny and clean his matching Maver luggage is... the word tackle tart springs to mind ;-)

I digress, we all dive into the cap with the peg numbers and I pull out peg 31 which is in a section of 3 anglers with Dave (Maver Tackle Tart) and Jordan.  The walk to the peg did take around 10 minutes, all good exercise but in the blazing sun we all got a bit of a sweat on.

The Set-up
The platforms on pegs 31-33 are quite high off the water and with the sunshine behind us for the day it appeared that we would be sky-lining our own pegs.  Before the match I had an idea of my plan for the day which would revolve around a Pole, Method and Pellet Waggler attack.  Once I arrived at the swim  and after talking to some of the locals, I discounted the pellet waggler.  So I set up the following:


While plumbing up the pole line and checking the margin the depth was very shallow, 12" maximum and that there was no near shelf, rather a sloping bottom that got to a maximum depth of 40" at 13 metres.  With that in mind I decided not to set up a margin line but I would opt to drop the method feeder in the margins later.

I decided to use a silvers rig, so light lines, a light float and small hooks would be the order of the day, coupled with Pink Hydro in the pole.


The All-In
The whistle went at 10am, we would be fishing until 4pm.  I initially cupped in a small ball of micro pellets, a pinch of maggots and casters along with a couple of corn kernels.  I wanted to start with a negative approach to feeding as I was totally unsure as to the stock levels.  In case I had to be very negative I had another swim plumbed up at 2 O'clock.  I would top the swim up after 30 minutes.

The first hour of the match I spent on the method feeder with a single grain of corn wrapped in micro pellets at about 30 yards.  The distance was comfortable enough to ping 4mm pellets over the method line to try and draw in some fish.  Dave next to me had a floating island to cast to as did Jordan so my method line needed that something extra to bring the fish in.

I was recasting every 10 minutes and judging by the line bites it was looking promising to bag an early fish.  The line produced nothing.  I took the decision as I was in a 3 man section to try the pole line and to fish for the silvers and "bits" in the hope that the carp would appear on the line.

For the next 4 hours I stuck on the pole catching silvers on a single red maggot and also expander pellet.  The fish size ranged from "eye's with fins" to some decent 4oz roach.  The feeding pattern was a pinch of casters topped off with micro pellets in the kinder pot every two fish.  I hooked and landed one mirror carp of around half a pound and also hooked a larger fish, which I suspected was foul hooked, but I never saw it so who knows...

A mention has to go out to little Olly... a young lad who enjoys his fishing.  Olly sat there the whole match and eventually his tip went round and he landed a cracking carp of 7lb 14oz.  A personal best Olly?

Moving into the final hour, it was clear that Jordan had a good net of silvers and I thought we would be quite close so I decided to give the margins a go.  I threw in about a half pint of casters and maggots together with a couple of handfuls of micro pellets, baited up the method with a large piece of luncheon meat and waited...

After about 10 minutes the tip dropped back slightly and then wrapped around, fish on!  As the margins were very shallow, you could see the fish roar off...  It was quickly subdued and netted while getting some friendly banter from the lads on the other side of the lake.  A nice mirror carp of around 3.5lb.  The biggest fish I have ever caught from Hemlington ;-)

I put the method out again... 15 minutes past and the second fish was on which broke the 7lb hooklength at the loop knot which is always a horrible feeling as I was the one who tied the knot!

A final look in the margins produced nothing and the all out was called.


Conclusion
The match at Hemlington Lake saw me with the best catch I'd every got from the venue... maybe that was something to do with being a bit older with better tactics and a better appreciation for fishing?

The fishing platforms are spacious enough and the fishing is very enjoyable.  I'll be back for the next Anglers Cabin match at Hemlington, thats for sure! 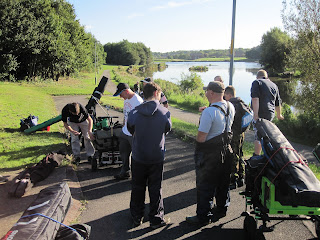 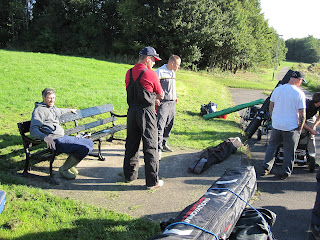 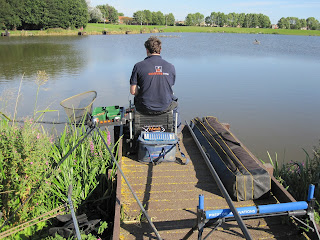 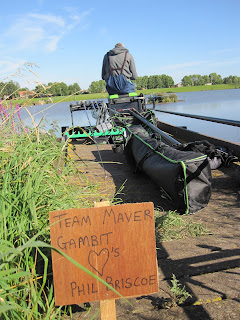 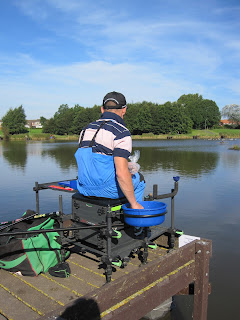 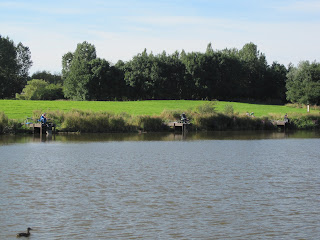 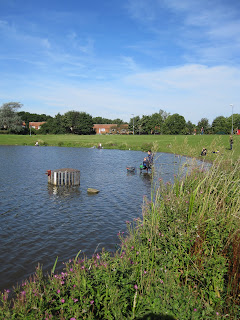 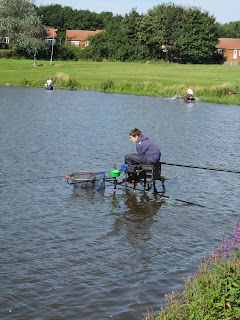 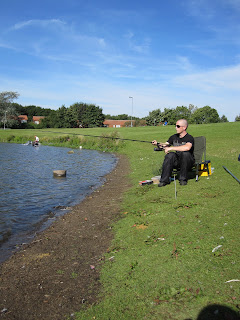 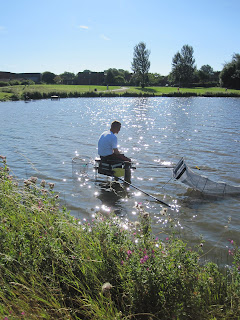 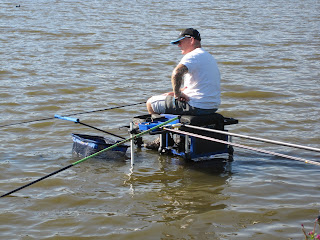 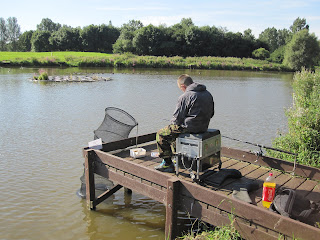 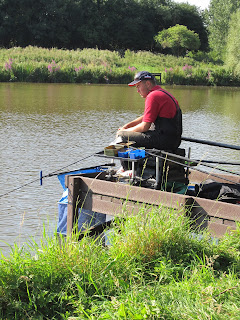 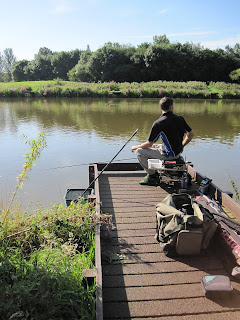 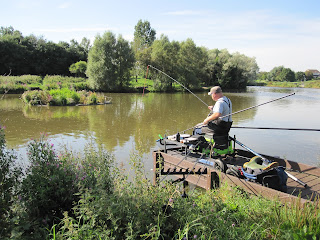 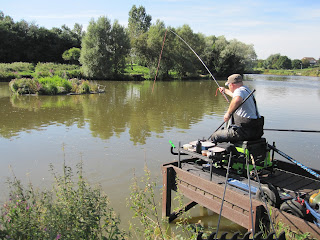 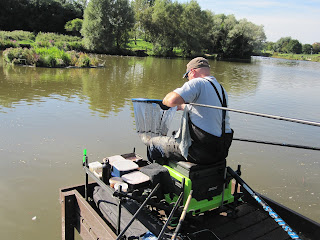 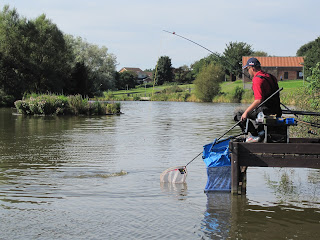 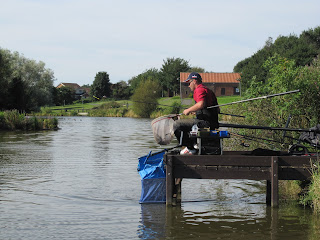 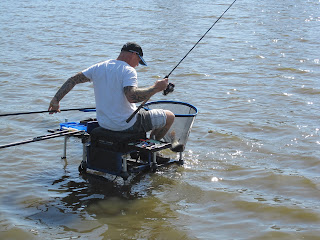