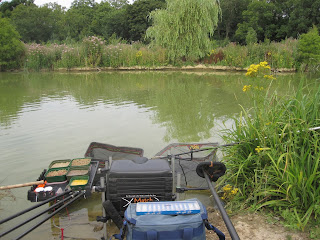 When I moved back to London, Jim invited me to join the Talk Angling lads for a match at Sumners Fishery on the Match Lake so I jumped at the chance to try a new fishery. The match lake is renowned for throwing up large weights in matches with the potential of 400lb bags.

I did a bit of research on the lake and asked a John Rhodes what the craic was.  Targeting the carp was going to be the main approach with pellet, meat and corn all successful hook baits.

Only 50 miles south of London it took around 90 minutes to arrive and meet up with the lads.  It was great to see some familiar faces and the bacon buttie and cup of tea was a welcome breakfast.  There are three lakes at Sumners and plenty of campers onsite. Very clean and in the middle of a small village, lack of phone signal was the only problem, some may say that's a blessing in disguise!

The Draw
A couple of stragglers turned up late, you know I'm talking about you Mr Rhodes and the draw was underway.  I pulled out peg 11 and would be on the right hand bank.  Arriving at the peg I was pleased to see that I was out of the bowl part of the lake and had an island to target... method feeder written all over this peg.

I had heard the margins produce some large fish to paste.  I'd never fished paste before, so I set up my margin lines as paste lines.  Bait for the day was pretty simple, Paste, 8mm, 6mm and micro pellets, dead reds and sweetcorn. 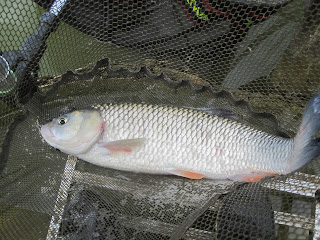 10:30am came round and the all-in called.  I decided to pot in on the 6m line and start on the method feeder casting short of the island.  The tip was bouncing around showing there was plenty of activity in the swim but no rip round bite.  Casting every 5 minute it took 3 casts before the first fish came to the net and it was a cracking first fish, a mirror around 5lb.  It was followed very quickly by another fish around the same size.

Jo to my left was casting right to the island and had landed a couple of fish very quickly including one fish that was a monster!

Priming the margin swim with small balls of paste and 8mm pellets I stayed on the method but followed Jo's method of casting close to the island.  This produced instant bites and changed my match plans and makes this blog quite short in content!

I would take a couple of fish from one area on the island swim and then move the target area to keep the fish coming.  Some casts would be taken straight away and the main culprits were the chub.  They weren't small fish either and gave a great account of themselves.

After a couple of hours I had around 35lb on the clicker and the method line slowed, only a little so I decided to try the margin lines with some paste.  Dropping in the paste and the rig it was clear the paste was being attacked, but nothing large.  After 15 minutes trying both lines I decided to get back to the method. 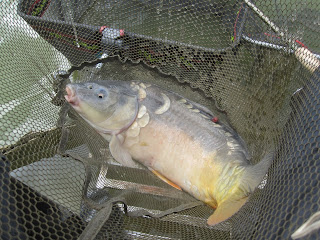 The method line just seemed to get stronger and stronger until I lost three fish in quick succession.  Inspecting the hook length the bait band and hair had kinked so a quick change and fish were getting hooked and landed.

I was bringing carp, large chub, cruicians and skimmers from the method line.  With an 90 minutes to go I had almost used up 3 pints of dampened micro pellets and I didn't have any more, so I dampened off some 6mm pellets as a replacement.  The bait was still a banded 8mm pellet and I was swapping between a red and natural pellet.

As the method was producing well I still kept feeding the margins but had dropped the 6 metre line.  The last 20 minutes of the match I decided to drop the method in the margins which  produced 3 large carp, the final one breaking the hook length but it had been a great day! 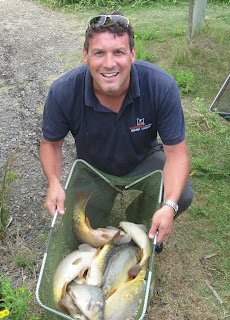 The Result
Two nets, one full of carp and the other with carp and some cracking silver fish.  It took 4 weights and I eventually recorded 133lb 8oz a new personal best match weight.  I was over the moon!  This gave me a section 2nd and 5th overall.

Conclusion
I was very happy with my match today.  The method line was producing all of the day with only a couple of slow spells.  Switching casting right on the island changed my catch rate and I didn't want to leave feeding fish to try the margins with paste.  A personal best, section 2nd, one very happy fisherman...  The craic with the TA boys was great too, always good to see my mate Big Si, he never moans, honest ;-) 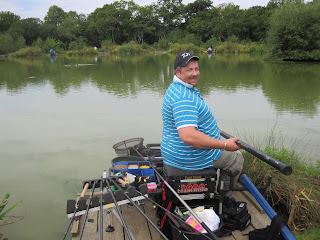 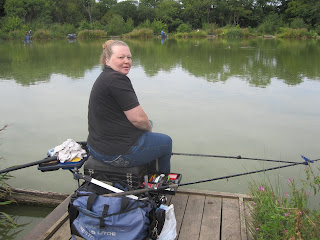 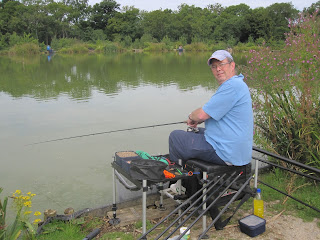 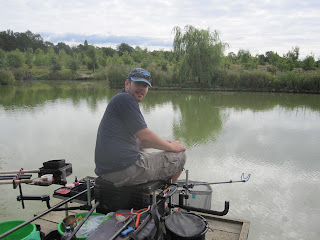 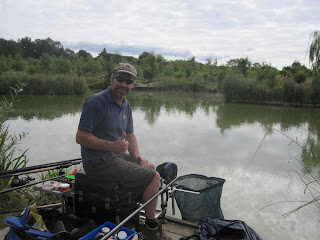 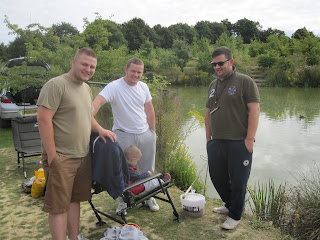