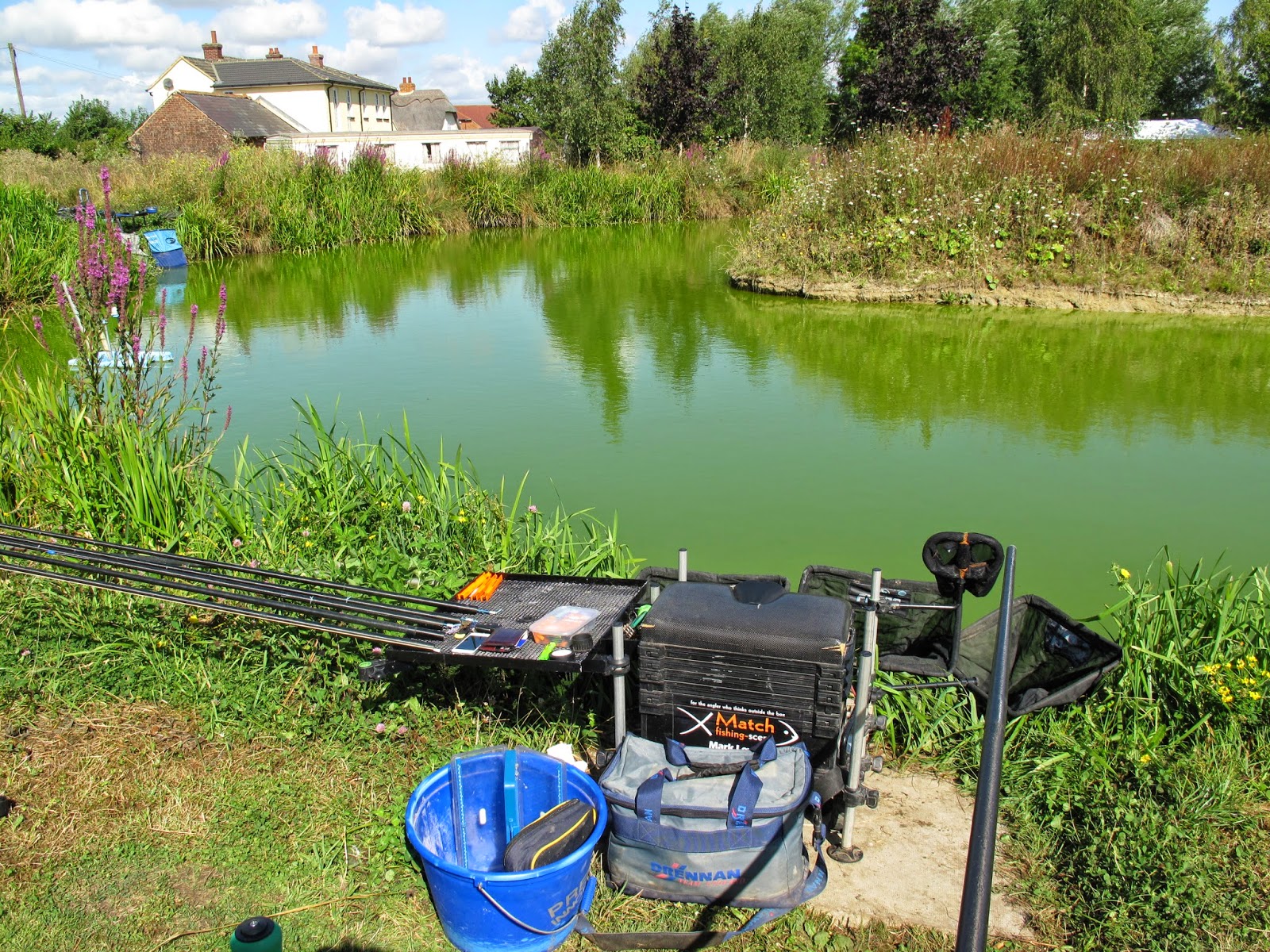 What a great night, the BBQ was going, there was CO2 "nuggets" cooling peoples beer and often freezing it, gazeboo gate 1 where the gazebos blew over and new ones put up in there place.

Football won by MFS, luckily no injuries, plenty of beer, wine and spirits flowing.  Shedders bringing midnight snacks.  Professor Colbrad picking up and sleeping in the wrong sleeping bag, coupled together with plenty of laughing and DJ Dum Dum, music for young people.

You can imagine there were a few sore heads in the morning!

Day 2 was upon us.  Today I'd be fishing Yasi's and with a great result yesterday I was hoping to back it up.

The Draw
Peg 10 on Yasi's came out of the drawbag for me, another great peg with the aerator.  Alan, my fishing partner for the weekend gave me some good advice on how to fish the peg.  3 foot depth, fish on the slope for the barbel towards the aerator, don't both about going over to the far bank.

Once again I was pegged next to Pebs, let battle commence.....again! ;-)

The Set-Up
Pole only with Yasi and after the advice from the lads I set up the following lines:

Difference with the bait today over yesterday were worms and some hemp.  Another 2 pints of caster, 1 pint of red/white maggots.  Chopped worm was the method of the day

The All-In
As we were a little rough from the night before we would be starting a little later this morning.  Pebs called the all in, I loaded the kinder pot with chopped worm baiting with a worm and went to the aerator swim.

Just about to settle the float and a gust of wind took the large gazebo from the night before straight up into the tree in Peb's garden like a large kite!  Gazebo Gate 2!  We managed to get the gazebo out from the tree and resumed fishing.

First put in, bang, float buried and an angry barbel was on, it headed straight for the aerator and as advised by Alan, use a soft elastic, lift your pole over the aerator and guide the fish round.  Well that seemed to work well and the first fish was in the net.  4 more barbel followed in quick succession in the same way.

Peb's started fishing after sorted out the rest of the gazebo, this time he was only 15 minutes later than the rest of us!

The first hour flew by and I was catching steadily on the aerator line, Pebs was catching on the shallow line across to the island.  Disaster struck, I'd been "Bertie'd" in the words of Pebs, a barbel had taken my into the aerator and snagged me up, pulled for the break and lost the rig!

New rig on back and the next fish caught me up again on the aerator, pull for the break and even worse, the top kit shattered into 4 pieces and then the rig came back....

At this point I decided to abandon the long aerator swim and start one closer to me, at 6 metres, still pointing at the aerator, just further away from it.  The first few fish from this swim where ide, I was hoping to get the barbel to play ball here too...

Peb's has been catching long now turned his attention to his close in swims and was catching 4 fish to my 1... this was looking like a close battle, after all there was a pound on it today.

Both the barbel and carp turned up on my close line... it would be a race to the finish.  The all-out came and I really didn't know who had it between myself and Pebs.

The Result
81lb, beating Pebs by 1lb and winning the lake!  I was over the moon!

Conclusion
The advice to concentrate on the aerator swims, both short and long was spot on.  I did have a quick look over to the island.  The short swim really started to come alive and got stronger and stronger.

A fantastic weekend with some of my best results.  BIG THANKS to Pebs and Tarnya for such a top weekend and of course it was great to see the lads 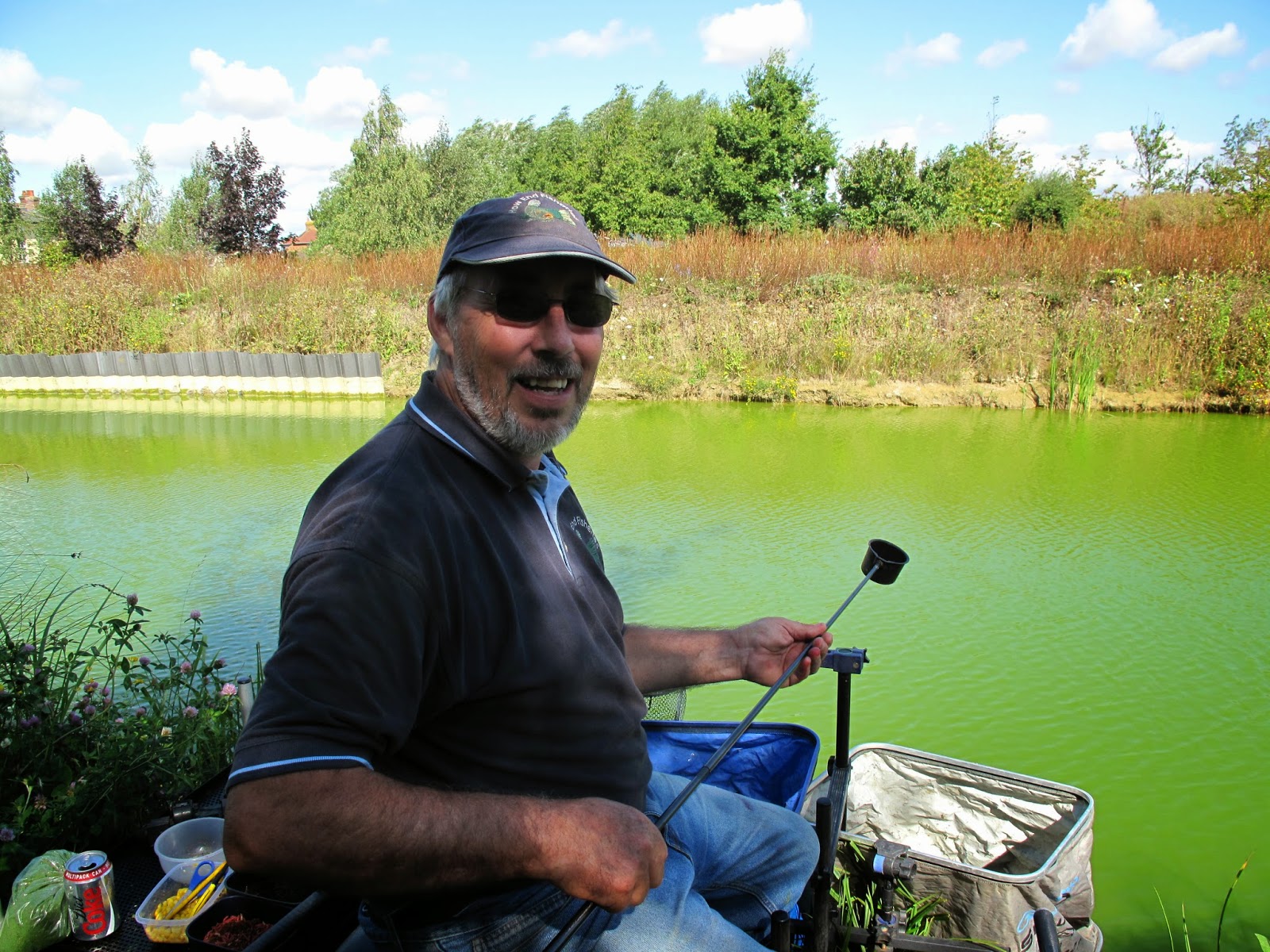 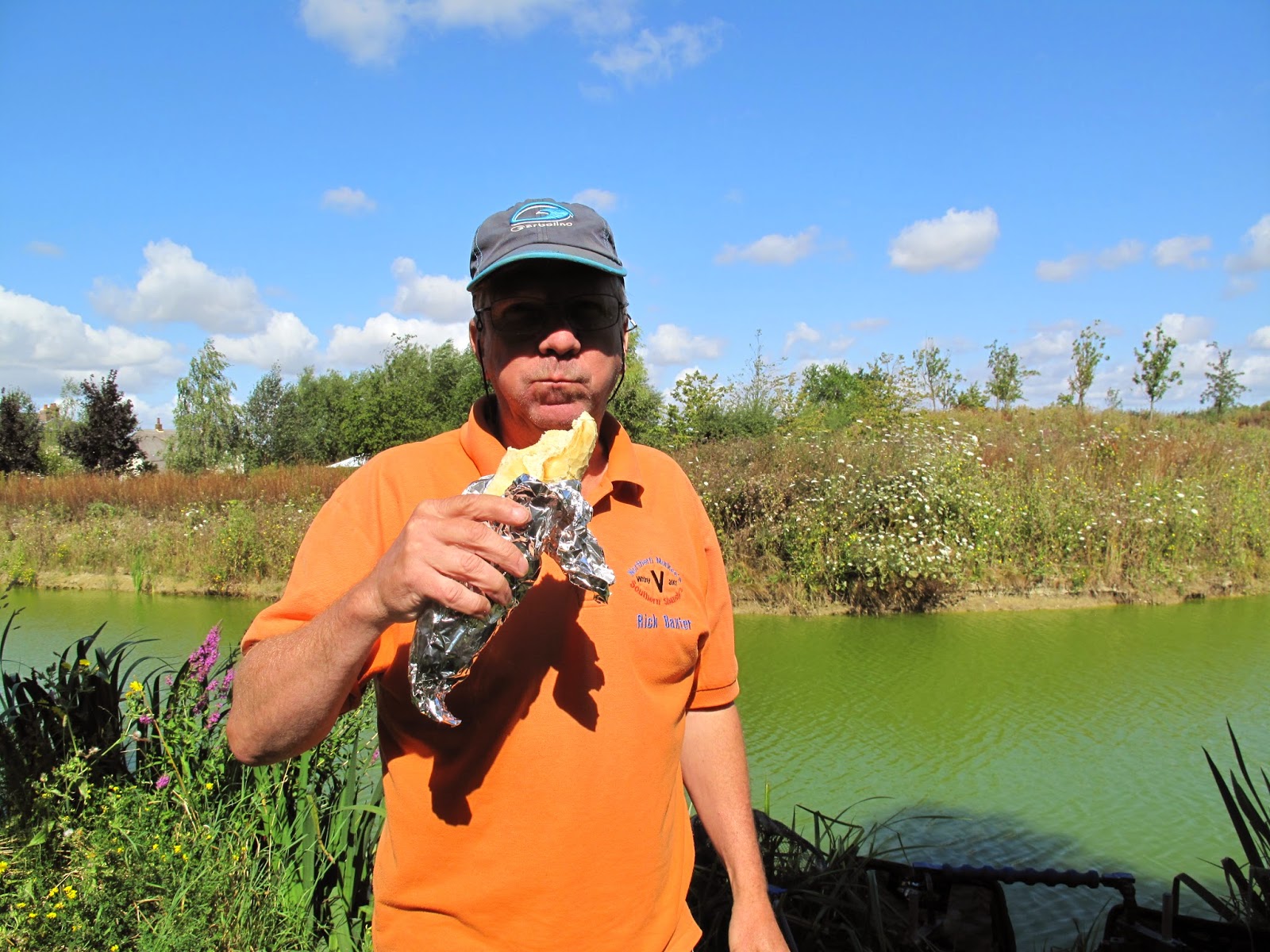 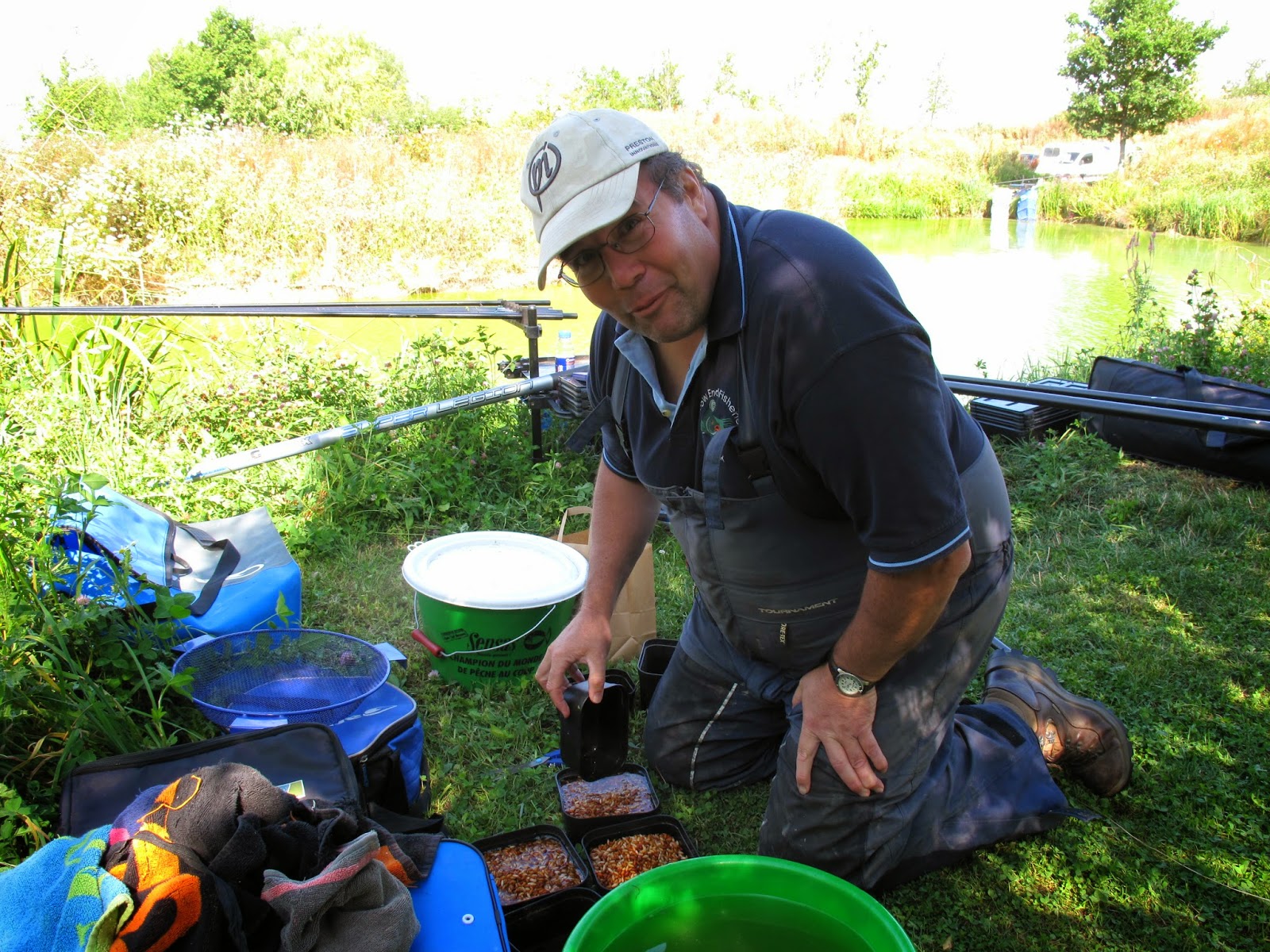 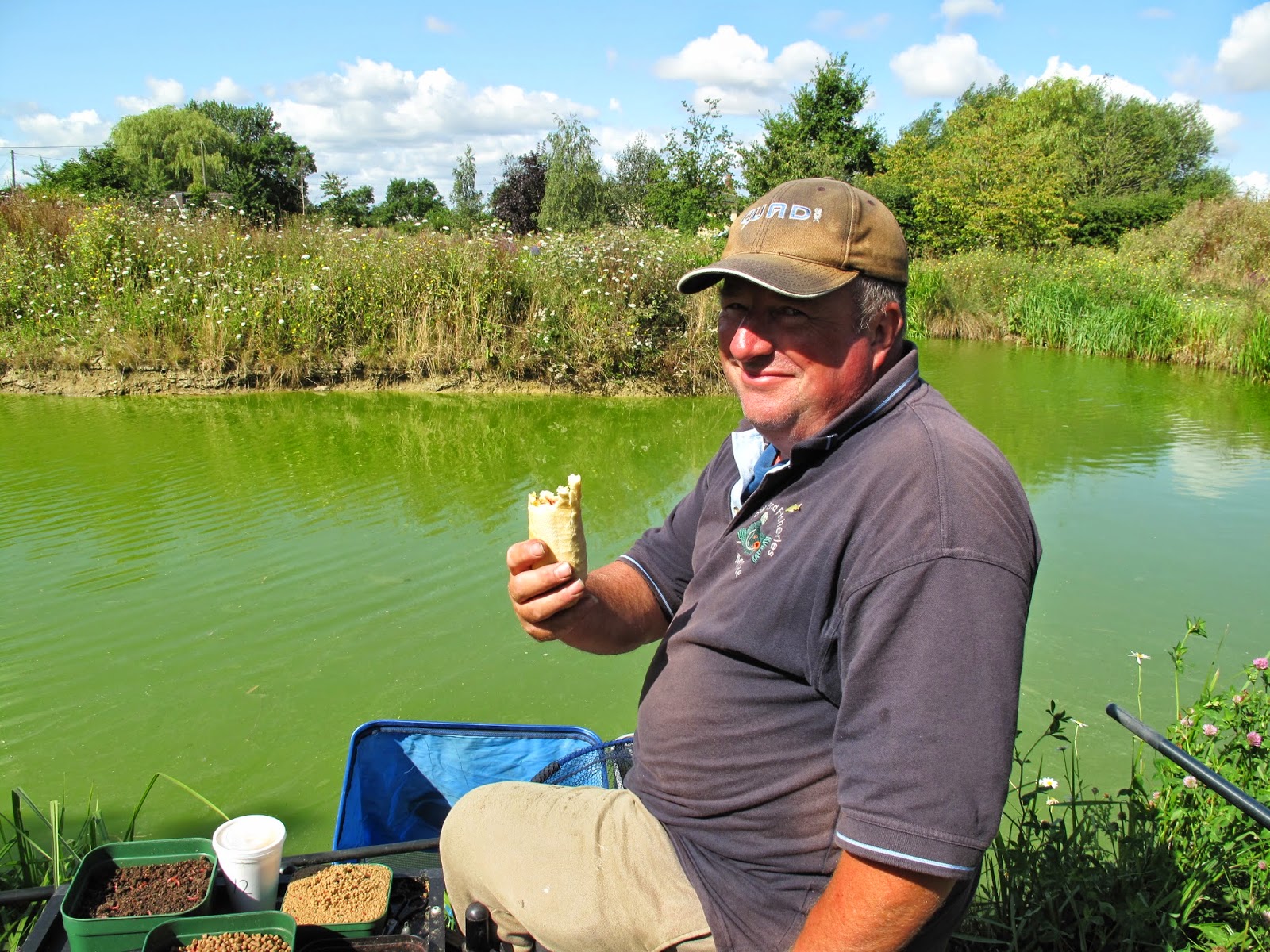 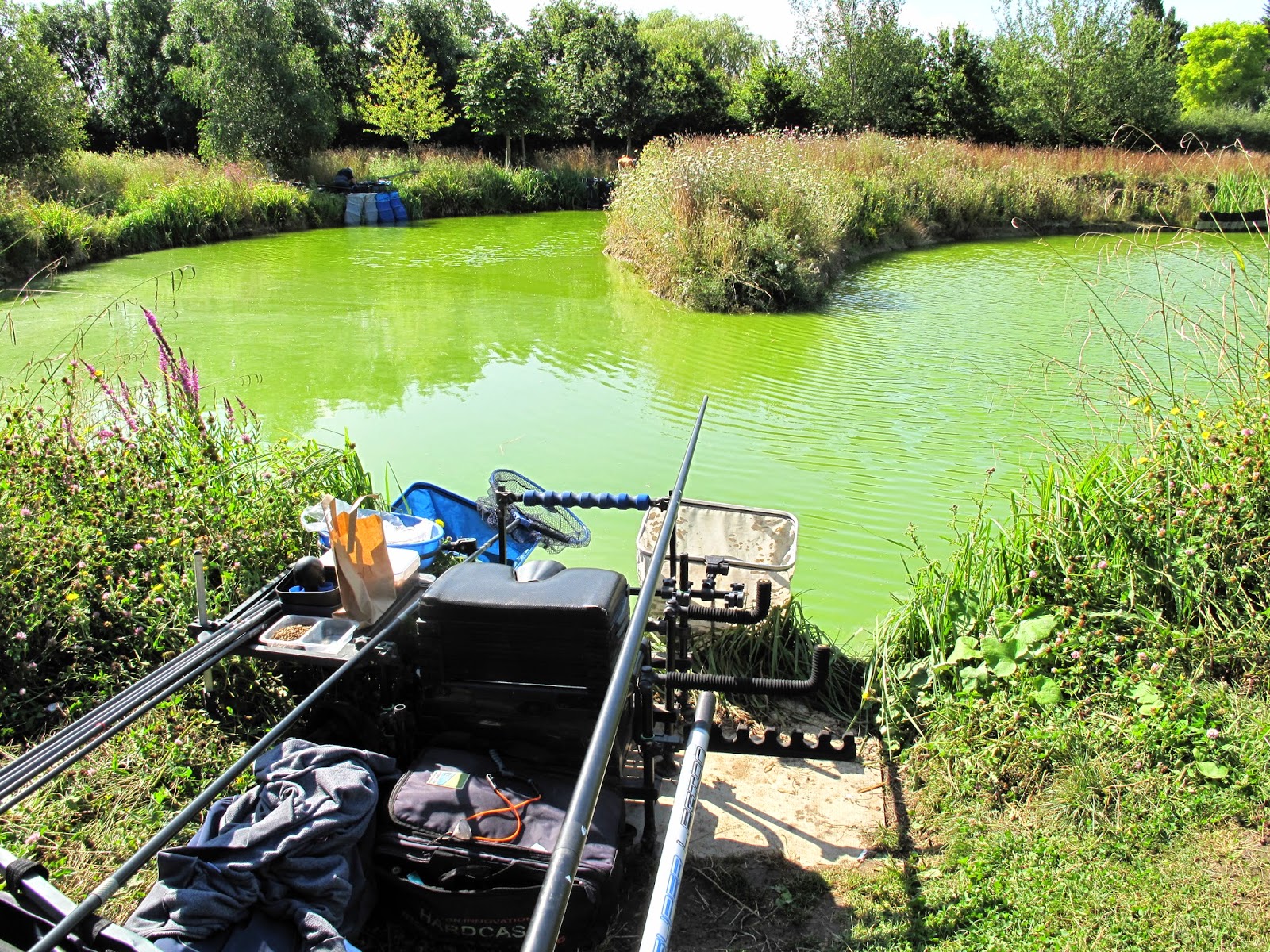 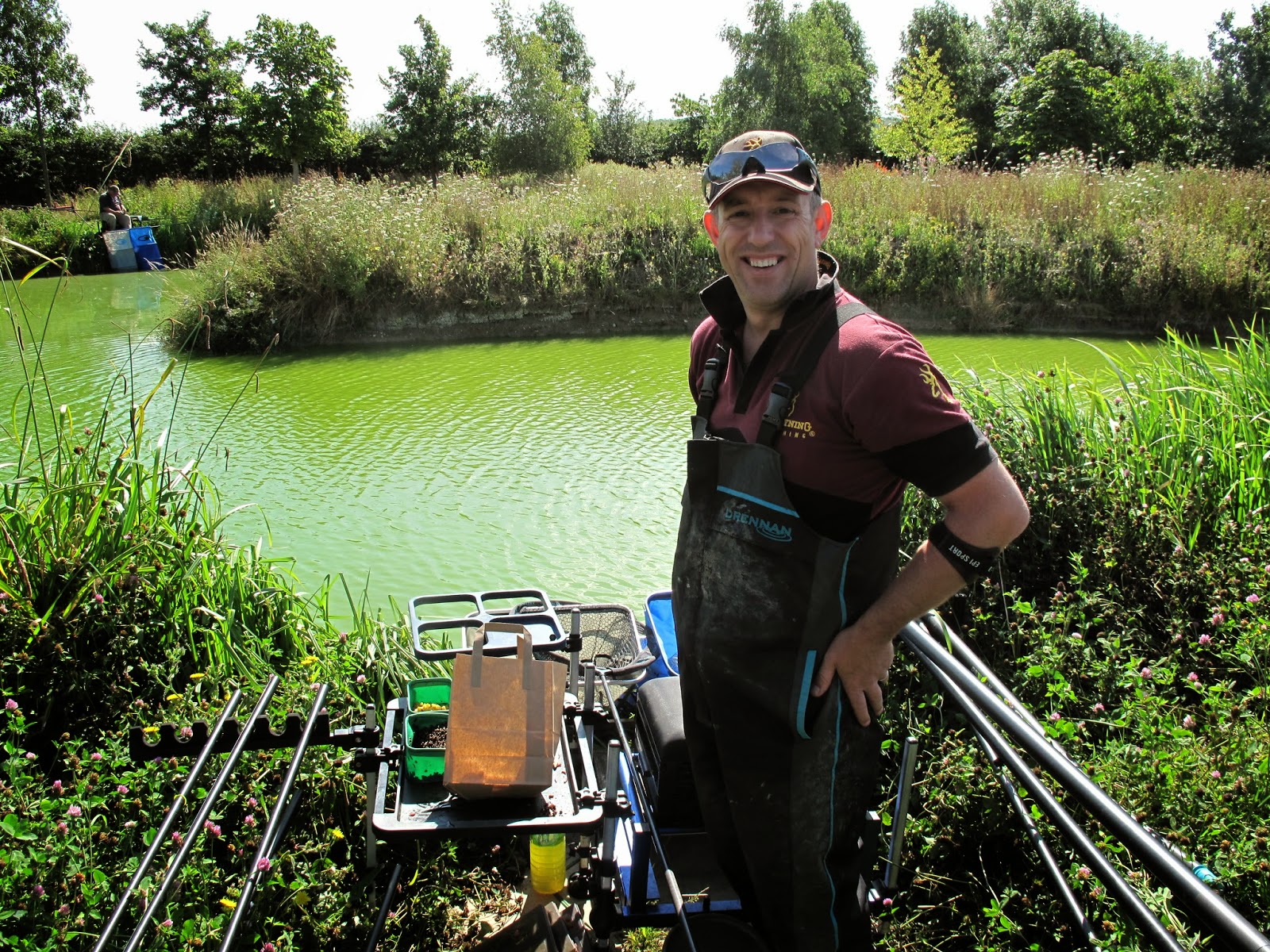 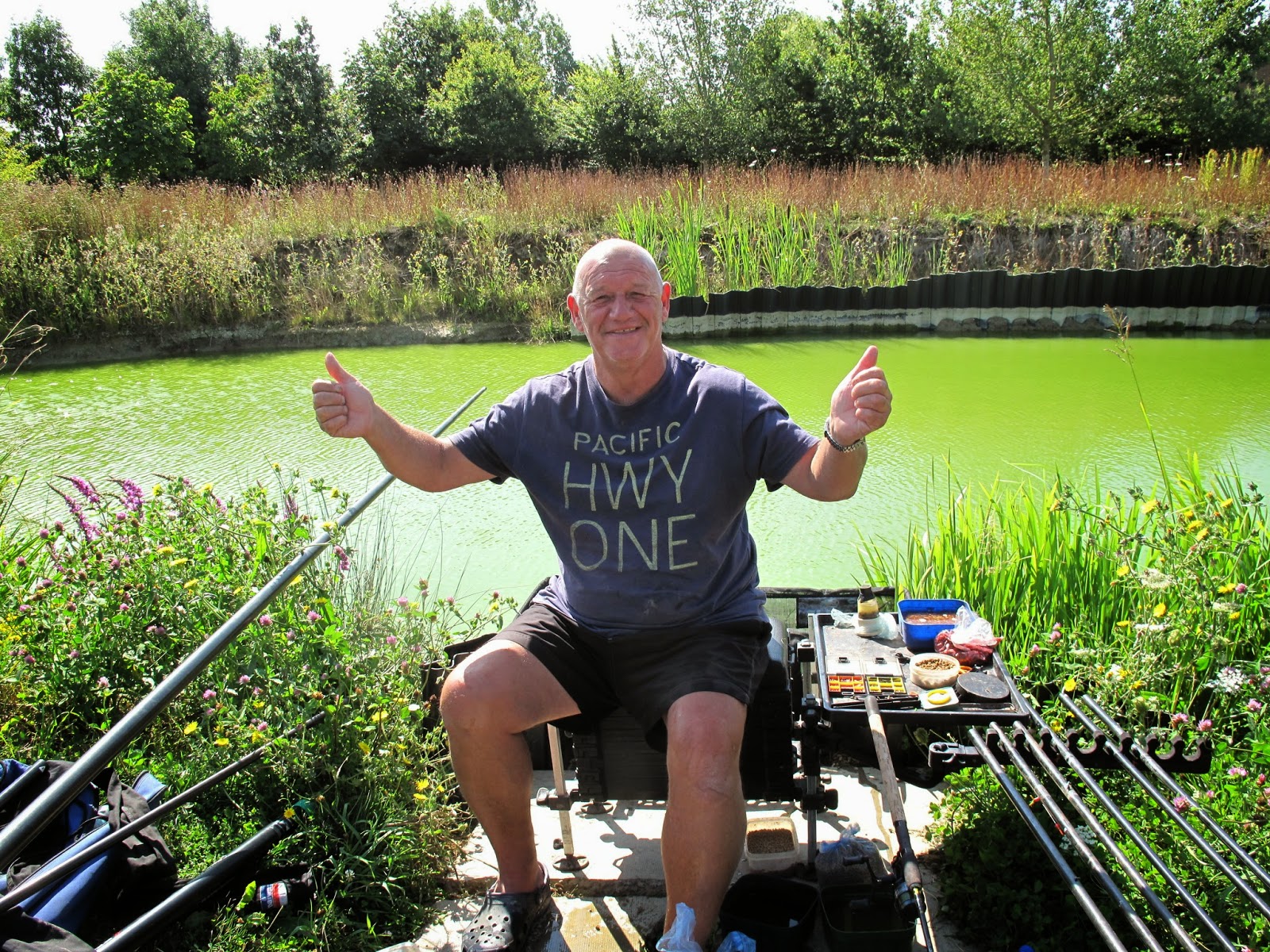 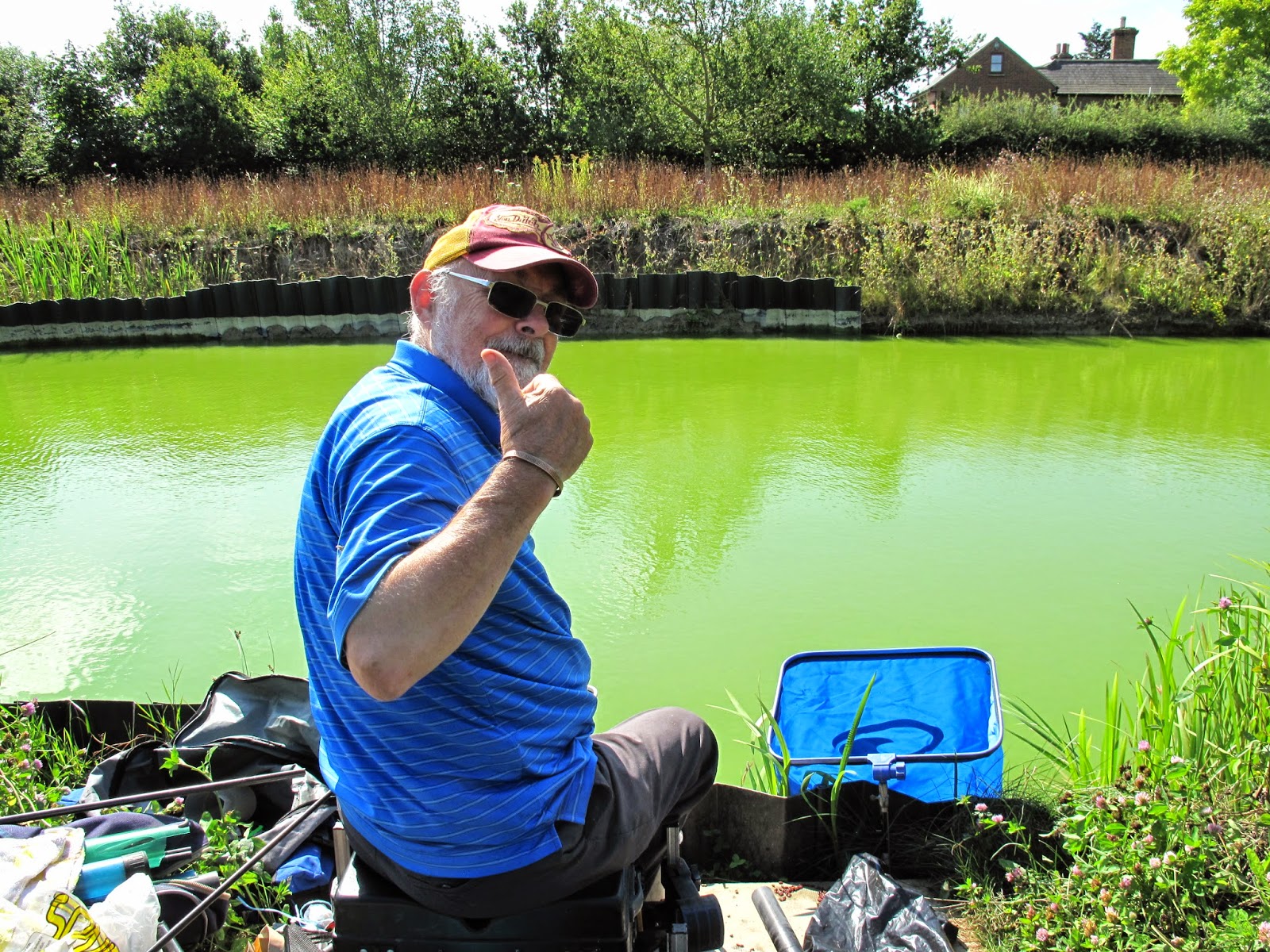 Anonymous said…
another quality read Mark . ive read your blog many times and always enjoy it both from the technical fishing aspect and the banter you enjoy with Mfs etc. as I'm a fledgling with a blog of my own I thought I should leave some feedback.

so, well done on the result and blog. all you need is to get on the bank more often, much like myself !

Mark Lewis said…
Thanks Robin, where is your blog? I'd like to have a read.

The blog is here http://robinta1967.blogspot.co.uk/

and I`m on both MFS and MD websites as Robinta.