February 20, 2017
The first outing of 2017!  To say I was looking forward to it was an understatement.  The winter had been quite harsh and I'd decided not to venture out at all, so I'll take the "fair weather fisherman" abuse without complaint.

Colbrad had organised a match at Lawn Farm Fisheries, Cambourne with the MFS crew.  As I'd been to this fishery over the years I knew it was to good to miss out on.  It was an early start from the good ladies house in Surrey but even though the alarm was set for 5am I was straight out of bed and on the road.

The obligatory breakfast meet was at Mcdonalds a few minutes from the fishery and as always it was great to see so many familiar faces.  Colbrad even tried to use the new technology to order his meal despite there being no queue at the tills, he still required assistance from the lady behind the counter!

The Draw
Willow Lake was the venue today, 38 Pegs available to 18 anglers.  My home for the day would be Peg 18 in a by to the right side of the lake.  Neighbours where Josh and Simon Pavey.

Set-Up
Bait choice was simple, all natural baits, pinkies, maggots, caster and some worms.  Groundbait choice was heavily influenced by Neil (ns69) who told me to get a bag of dark F1 sweet fishmeal.

Peg 18 I found was quite a deep peg.  Pole only for me today with the following lines:

All-In
Match plan was to feed the long pole lines with two balls of groundbait laced with pinkies and casters and then to fish the 6 metre line for the first few hours.  The long lines would be topped up with a pouch full of casters every half an hour.

The rig on the 6 metre line I'd strung out the shot to target the large head of roach and rudd.  Bait was a single red maggot and I could easily feed this line with casters and also a nugget of groundbait each fish.

The first 30 minutes passed very quickly especially as I had fish in the net from the first put in.  The 6 metre line was getting stronger with some more quality fish coming to the net.  The float buried and the elastic was streaming out.  Has the carp moved in?  This was not what I wanted so it was with relief that a large chub graced the net.

After a few hours I didn't really want to go long as I was on feeding fish, so I carried on with a pouch full of casters feeding the 13 metre line in case my other line died.

The skimmers moved in close and I put 6 fish in the net in successive put in's, I'd also now moved to a move traditional bulk and single dropper shotting pattern on this line.  They then backed off and small roach were taking the bait.

I decided to put a ball of groundbait in with some casters and have a look on the long line.  Two skimmers from the 13 metre line but presentation was harder due to the wind, although to be fair it was gusting as badly on other pegs.

Back on the 6 metre line and the skimmers were there again.  I found that feeding casters by hand after each fish, take a few skimmers, the roach would turn up, feed a few nuggets of groundbait and the skimmers returned.  This pattern was the same until the last 40 minutes when all swims just died.

The seagulls were having better luck than myself and Josh!  The all-out sounded.  As for the result, I knew I'd beaten Josh but I could not see any of the other anglers.  Time would tell.

Result
24lb 1oz and I'd won the section.  Following the weigh scales round we got to Carl and Neil.  Carl had a large barbel first put in and weighed 22lb 3oz, rumour had it that Neil had more...

Neil weighted 24lb dead so I managed to beat him by 1oz which also meant I received a golden nugget from him too!

Conclusion
Groundbait choice (thanks Neil) was most helpful, although after the match Ben mentioned that the skimmers didn't like groundbait on their heads throughout the match, yet my nuggets every fish kept them coming.  Using casters as loose feed certainly kept the fishes heads down.

I kept the fish coming throughout the day on the short line which improved my catch rate, yet the last 40 minutes all swims died this was also the same for Josh.  Normally with the light levels dropping this is the most productive time.

A great match, thanks to Colbrad for organising and great to see everyone.  Next stop Stafford Moor for the week!  'Mon the Moor! 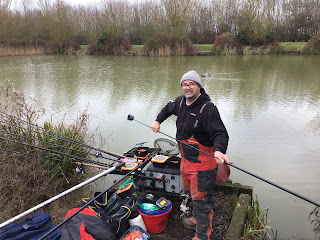 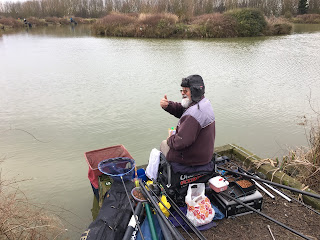 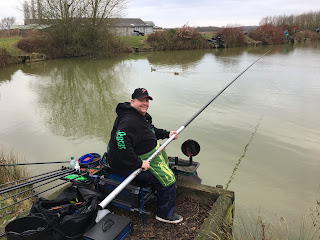 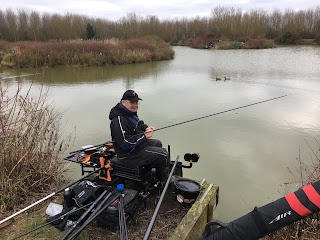 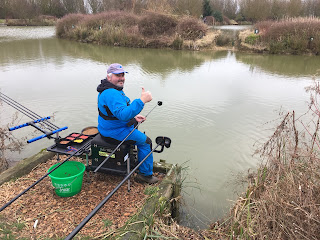 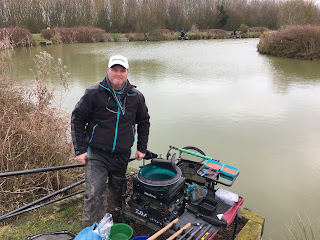 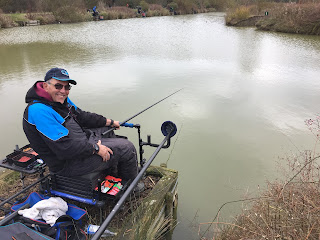 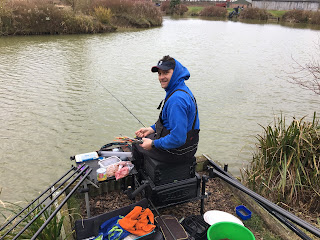 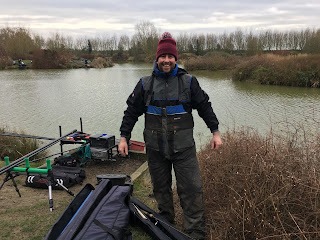 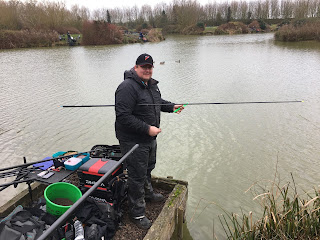 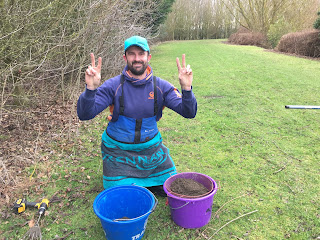 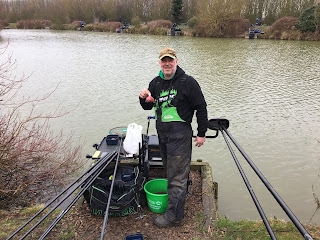 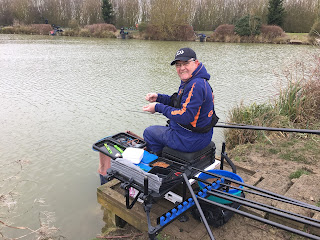 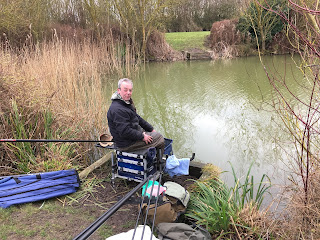 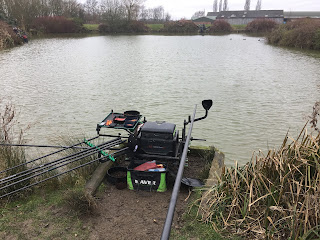