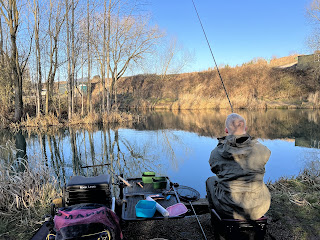 One of our process engineers asked over a pint one evening if he could come fishing one day as he'd love to learn to coarse fish.
Jack was certainly not a beginner as he has done a bit of fly fishing, and trout fishing using ledger and worm when he was younger.  The request was duly accepted so I started to search for a local venue that would hopefully promise plenty of bites for the day.  For Jack's end of the bargain, he would be responsible for lunch and refreshments.
Tees Valley Lakes, near Eaglescliffe gave some great sport back in 2013, what would it be like nearly 9 years later?
Date and day tickets purchased, the weather forecast looked terrible with a storm bearing down on us, so we decided to postpone for a week for 20th Feb to 27th Feb.  The days weather was pretty perfect for Waggler fishing.

The Peg
Walking round the lake, judging the wind, space behind the peg and the ability to get two anglers together I decided on Peg 5 on the far side of the island with plenty of open water to target.

Set-up
As Jack wanted to learn about waggler fishing, two identical waggler rods were setup one using a heavier insert waggler to aid casting.
Three number ten's strung out down the line with a 0.09 hooklength with a size 16 gamma green fine wire hook for a slow fall through the water.  A couple of pints of red / white maggots together with a pint of casters rounded out the bait. 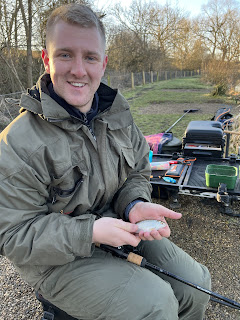 All-In
Starting with some casting practise with no hooks attached Jack was soon sending the float graciously over the lake with a gentle well timed action rather than the water whipping, float crashing action that he started with.  You did say I could take the p*ss out of you remember Jack ;-)
A lesson in plumbing up together with why we shotted the rig to enable us to fish through all the water layers all the way down to the lake bed to locate the fish together with pinging maggots and casters over the line with the catapult.
Jack was quite surprised that we would be casting on a regular basis, i.e. every few minutes.
It didn't take long for the first fish to arrive for Jack, a little roach but just look at the smile on his face!
The fish started small but soon got bigger with patterns were the bigger fish would disappear and we would have a run of smaller fish, typical roach fishing.  Jack would normally nip for a pee around this time, there was a certain pattern around that too. 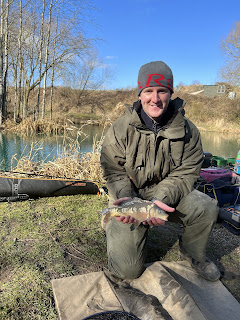 Yarm lake has a mix of species and we had plenty of chunky roach/bream hybrid come out however what Jack really wanted was to catch a carp and to get a bend in the rod.  It wouldn't be too long between pee's that he finally got his wish and he played the fish like a pro with a chunky little mirror carp in the net.  Again, see the picture and that smile!
We started to up the caster feed to make some more noise and see if we could get some more carp in the swim.  The fish didn't want to come shallow even when the sun shone down on the water for a few hours the bites were once the float settled.
The skimmers turned up together with their slime that went all over the line and Jack's borrowed jacket (sorry Steve, hope he has cleaned it).  So the list of species that Jack was catching was going up and he happen to mention getting a tench would round his day off.  Check the pictures out below to see if he managed that goal.
So Jack's end of the deal was to make lunch and I have to say he did not disappoint.  Salted Beef, pastrami with pickles, cheese and mayo, cheese and onion crisps made for a great lunchtime bite.  Thanks Jack!
We had decided to pack in at 3pm and to be honest the fishing was just getting better and better however we had to call it a day. 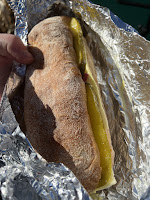 So what about any mishaps?  Well there was a few...  Jack did end up in the tree and when we pulled for a break the line snapped mid-way across the lake which caused us a few issues.  We managed to retrieve half of it but it was still hanging from the tree to the water so a quick call to the fishery to let them know so it can be retrieved and made safe.
There wasn't too many tangles however just as I'd sort one tangle or new hooklength out, then Jack would have another issue and I'd pass him the good rod and sort out the problem rod.  We did go through quite a few hooklengths!
Result
we estimated around 50 silvers graced our net and a right mixed bag too.  The weather was ideal for the waggler and the fish were very obliging.  A great day all round showing that Yarm Lake at Tees Valley Lakes is as good as it was back in 2013.
Fantastic late winter sport and I think Jack is up for another session... I wonder if he would enjoy a day on the pellet waggler which will test his casting and catapult skills.

Some notable sayings during the day
Jack on his casting skills, "That is a professional cast..."
Jack and his bladder, "I'm not going to lie, I need to go for another pee!"
Both of us, "Yours has gone", while watching the other persons float.
Jack brought some of my favourite biscuits which were kindly supplied by Sophie from the Waterside hotel!  Thanks Sophie, we love our choccie biscuits! 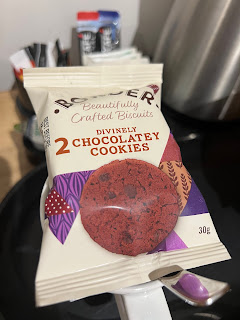 More Pictures not in any order... 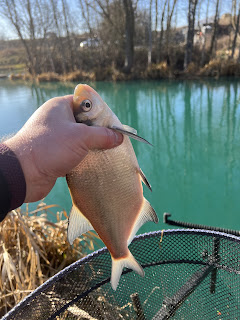 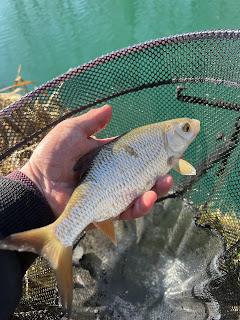 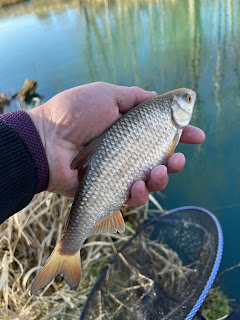 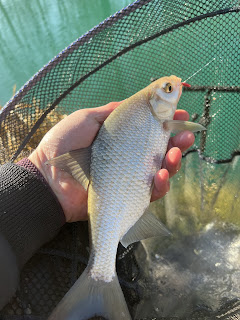 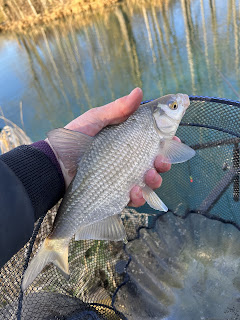 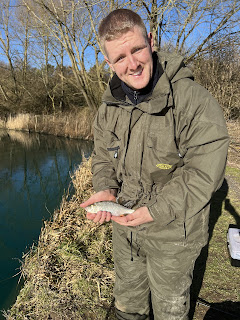 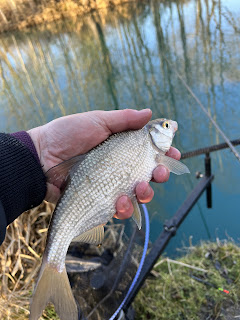 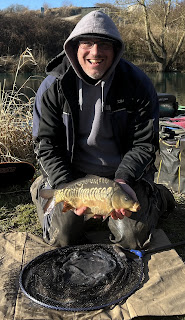 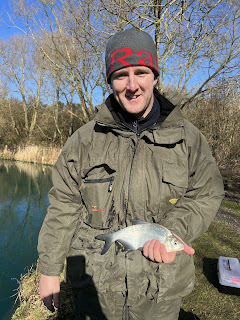 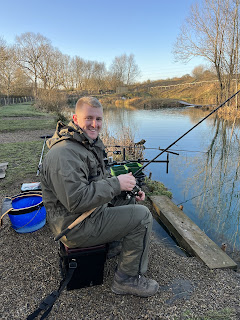 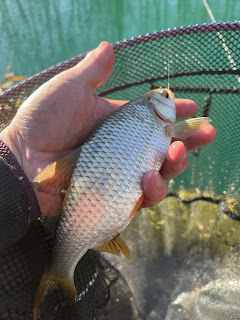 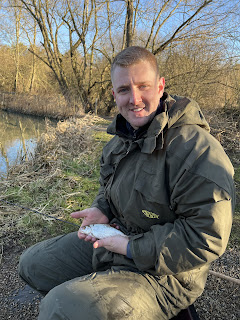 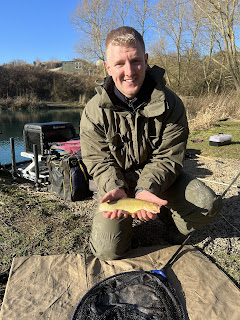 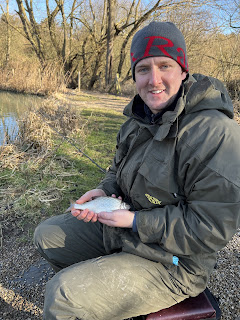