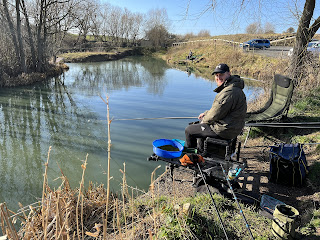 After Jacks first experience at Tees Valley lakes on the waggler he was pretty keen to get out on the bank again.
With the expected weather we were thinking of a day on the feeder rods however the weather surprised everyone and turned to a lovely weekend, so the gear was switched out for the pole.
Today was only going to be a morning session so we were at the gate as early as possible.

The Draw
Not quite a draw, the lake was empty so I took a walk around the lake thinking where we could potentially fish across to the island once Jack got used to the pole at longer lengths.  I was also looking for a swim where the sun would get to in order to warm the water.  Peg 2 was ideal giving us plenty of water to go for and the island was close.

Set-up
Two main pole rigs a heavy 0.8g rig and a lighter 0.4g rig.  Yellow 4-6 Matrix slik elastic and 0.16 main line to a size size silverfish maggot and 0.10 hook length.
We went through plumbing the swim to find the near and far shelves however the lake on peg 2 was pretty uniform at around 4ft deep.
Groundbait was a crushed pellet mix and bait was maggots and casters.

All-In
To help Jack get used to the pole we fished a line at around 1 o'clock on the top two and a single section where we kinder potted in some casters and a nugget of groundbait.
The second drop in and Jack was into the skimmers who had clearly come to the fishmeal groundbait.  The fish were playing ball today and the bites plenty as the swim got stronger.  Jack was working well with the pole and his striking technique.  We decided to keep a count of the number of fish on the clicker.
I was netting and unhooking the fish for Jack and he hooked a small skimmer which I asked him swing to me.  The old saying of "never swing a skimmer" bit me and the hook pulled, the rig went up the tree and the fish gone.  I still got a picture of the rig in the tree much to Jack's protests ;-)
After an hour our close line started to drop off so I jumped on the box, and plumbed up a new swim at the 10o'clock position and also fed a longer line down the left hand margin.
Using the heavier rig still and kinder potting groundbait in the bites were coming however it was clear that the fish were not on the bottom.  I quickly grabbed the lighter rig and halved the depth.  The new rig changed the day! 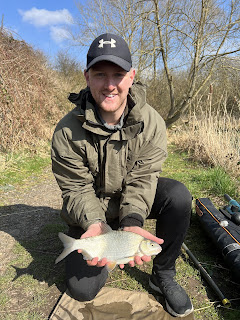 I pinged casters over the line while Jack fished and the bites came quickly so Jack got plenty of practise on the pole.  The quality of the fish was amazing, chunky 6-8oz roach mixed in with some clonking hybrids.
Jack kept on clicking and we soon reach 30 fish and the smile on his face getting bigger all of the time.
A quick lesson in how to slap the rig on the water and Jack was back on the box.  Some of the hybrids he was catching certainly pulled the elastic and gave him a good fight.
Fish 40 on the clicker, fish 50 on the clicker, Jack's catch rate was superb and we were running out of casters.  We decided to aim for 60 fish and then call it a morning.  The 60th fish came and the elastic streamed out both of us thinking it was a carp however was very surprised when I netted a large hybrid of around 3.5lb.  It was a very thick fish and Jack was over the moon!

Result
60 fish for an estimated 35lb in around 5 hours.  A great shallow session!

Conclusion
Going shallow transformed the day and the catch rate and we were surprised that Mr Carp never gatecrashed the shallow party.  We weren't fishing far our at all and the mixed bag of silvers that we had shows again what a great venue Yarm Lake at Tees Valley Lakes is!
The hybrids were large and put up a great fight on the pole.  Top job Jack! 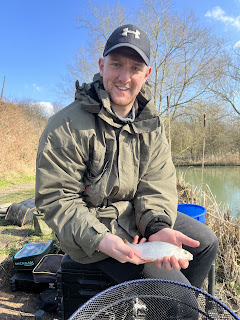 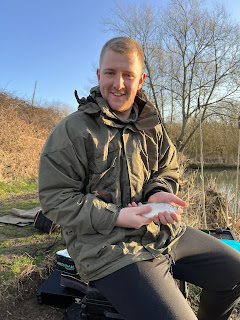 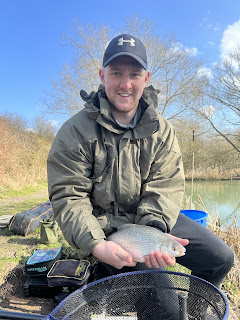 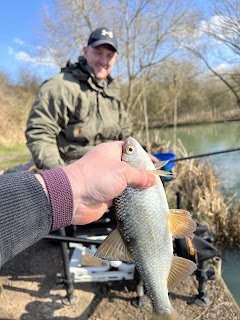 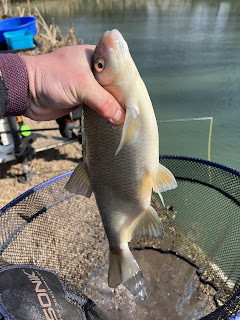 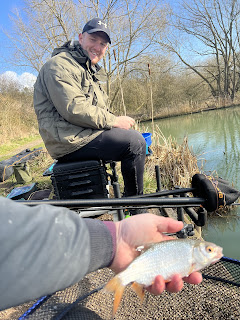 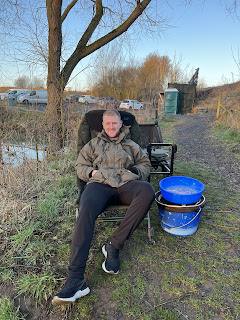 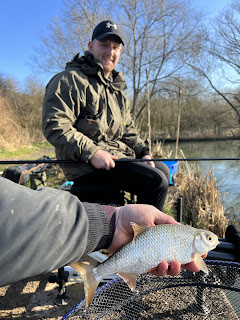 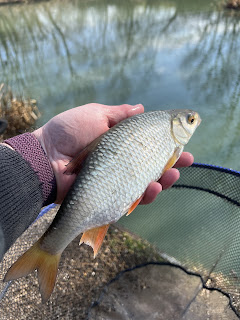 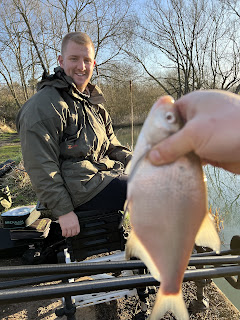 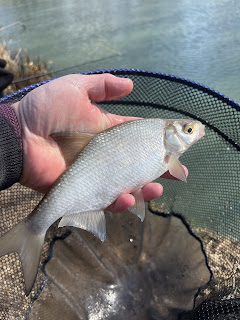 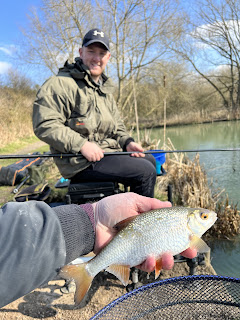 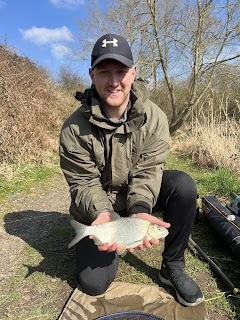 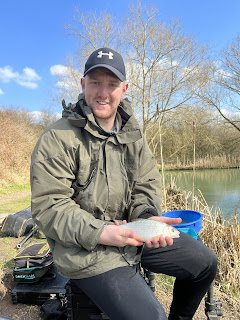 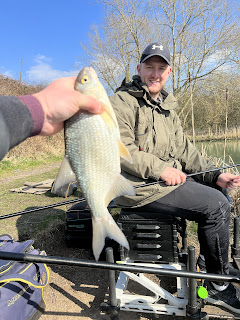 Halfmanhalfbroccoli said…
Can't wait to see you boys bagging up on those big green tincas on a Summers evening. Phwoar.
25 March 2022 at 13:33