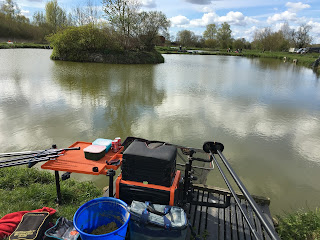 Another year of facebook messages asking, "Is it Withy yet?"...  Most of us all arrived on the friday morning and lunchtime where the consumption of Stella, Cider and other beers started.  To say that by the time the taxi's arrived to take us all into Sailsbury we were mostly pickled!

Year in year out we of course ended up in YOYO's drinking through the menu and then back to the Kings head with splinter groups heading to the vodka bar next door.  The result, well the next morning there where plenty of hangovers, yours truly included.

The Draw
As per usual, Sconey had the draw all sorted with no fuss.  The only thing going wrong was the knackered stapler... ;-)

Peg 7 on Cottage would be my home for the day.  My neighbours, Pete Bailey and Andy Gregory... that'll be a tough day for me then, especially with Pete Bailey on the favoured peg 9.

Set-Up
I didn't have an island chuck so today would be a pole only day.  Lines were:
The bait list was pellets, maggots, groundbait with sweetcorn and meat (just in case).  Big thanks to Mark Ogier for lending me a pole cup which after swapping seat boxes I'd forgotten.

All-In
Overwetted groundbait and micros were potted in on the 5 and 14 metre lines to "cook".  Gareth aka Badger had told me to start by trying down the long margin I had.  No bait, just a bunch of maggots starting short and working my way along the bank to try and find the fish.

Well, I did just that for the first hour of the match, trying to find some indication of fish to no avail.  Meantime, Pete Bailey was bagging up on all sorts...

I decided to start to feed the margin line and try my 14 metre line.  Finally, the float dipped and a skimmer was in the net.  The next hour wasn't too good either with one more fish appearing!

Hours 3 and 4 produced some more silvers but no carp... in desperation I set-up a method feeder and cast it very long down the margin which resulted in a small mirror carp. 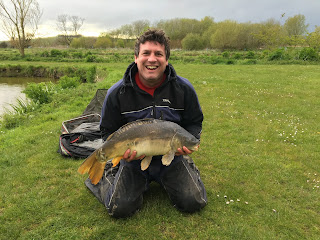 The margin had been feed with sloppy groundbait after the first hour, so I decided to give it a go.  This was to turn my match around!

The next bite would be something special.  The elastic streamed out and I started a battle with a huge fish, one that I didn't even see until 20 minutes later... I just managed to fit it in the landing net.  It turned out to be a 17lb 8oz mirror carp and the largest fish I've caught on the pole, 1oz lighter than my heaviest carp to date.


Going back over the margin line, more carp where queuing up.  The all-out as called and I'd changed the result of my day.


Conclusion
What a turn around, some of the best margin fishing I've had.  If I had another hour I may have even been able to overtake Pete Bailey.  Nonetheless very pleased with my result even if I did just miss out on the money.  My bonus was taking a Guernsey pound of Bez today

More Pictures... of the day and night... 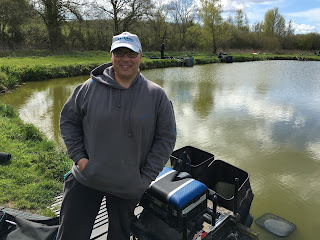 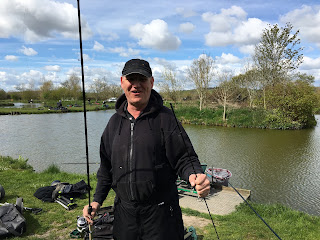 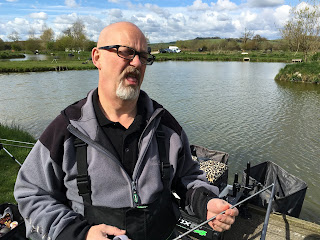 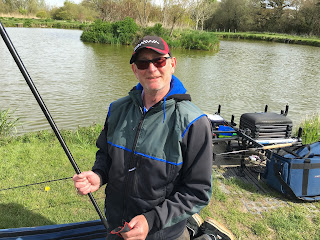 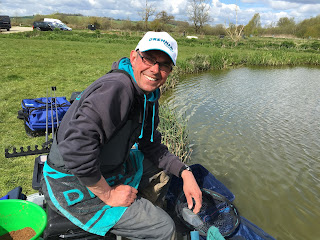 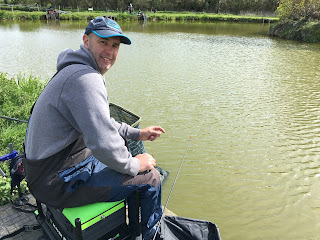