October 06, 2016
A blind pairs MFS match at Bury Hill Fisheries organised by Terry Swan was too good to resist.  My partner for the day would be Pat Pritchard who I'd had a cheeky practise session with the previous week, the blog of that day can be found here.  I was feeling good for the day ahead.

An early start from London to meet Hathers and Spindle for breakfast in Dorking and then onto the fishery to catch up with all the lads, quite a few who I'd not met before, especially Skimmerman (Kev), who has just qualified to fish in Serbia for the England Disabled Squad.

Kev needs a bit of support to get him there and a JustGiving page has been set up so if you can donate, please do by following this link.

A text message from Pat letting me know that he'd broken down on the M25 was disastrous.  The diagnosis for the car was bent valves which sounds a bit terminal.  So a random partner from the other bank was picked for me, this turned out to be Spindle! 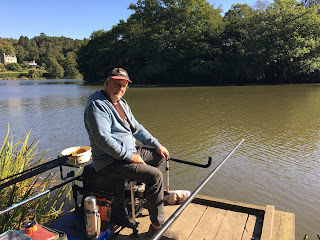 We'd already been assigned our banks in a previous draw and I would be on the long bank.  Peg 36 came out of the hat so very close to where I'd practised with the exception I had the island to go at.

My neighbours for the day, Mr Beesley, aka JWB and Herbie!

Pat's words of wisdom came back to me as I arrived at the peg, "if you have an island chuck, you have to fish to the island."

Two feeder rods were set-up, an opened ended feeder and a method feeder (to be know as the mucky method by John Beesley and Brian Green!) which would be fished for the first hour to 90 minutes. 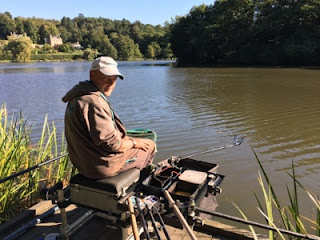 Fishing 11am until 5pm the whistle went and I started by putting 3 balls of groundbait in both my pole lines together with a small amount of expander pellets and corn.

Learning from the practise I started on the open ended feeder and triple dead red maggots.  The feeder line was as close to the island as I dare, given the overhanging trees was a tad dangerous and at risk of "squirrel hunting".

The first hour passed without any fish or bites.  I was twitching the bait to try and entice a take but nothing.  I was only putting groundbait through the feeder so that only my hook bait was available to take.  Topping up my pole lines with a lightly squeezed ball of groundbait and some expanders.

I then changed to the method feeder wrapped with groundbait and 3 dead red maggots.  Herbie had landed a couple of fish by this time and JWB remained biteless.  Finally the tip rattled and then dropped back and it was fish on.  A skimmer graced the net and I was off.  After 90 minutes three fish in the net.

I changed the hookbait to a small white boilie and this was to change my match entirely.  The next couple of hours I started to time my bites and they were coming within 4 minutes, if no bites, retrieve and recast.

Some bites were instant, much to JWB's displeasure!  I also clipped the method closer to the island which resulted in a couple of tree hookups looking for those squirrels.  My swim just got stronger and stronger.

Hathers rang me mid way through telling me that Spindle was catching well and that I was to keep my head down.  Thanks Hathers, I made sure I did.

I kept the pole lines topped all the way to the last hour of the match up just in case, but I never once picked up the pole.  It was clear I was on the fish.

JWB was having a nightmare, his casting was also a nightmare dropping his feeder into my swim a few times, much to both me and Herbie, especially when he didn't get a fish from his "poaching" ;-)

Herbie had switched to the method but had more luck with the squirrels as there was one branch overhanging that Herbie managed to catch on more than one occasion!

Result
I tipped 82lb of bream, skimmers and one nice tench on the scales.  This gave me the match win, my bank win and together with my "stand in" partner Spindle the pairs win.  I could not believe it, my first ever match win, I was over the moon!

As it's a Champion's League match I also now qualify for the match winners final sometime in 2017.


Conclusion
A great match for me, the switch to the method with white boilie was the change.

From the practise, fishing with groundbait only on the method I think was the key.  Only my hook bait was available for the fish.  Granted I landed on the shoal and very surprised that they didn't back off much from my feeder swim.

My biggest ever match weight of silvers and first match win, bloody marvellous!

Thanks to Terry and Kev for organising the match. 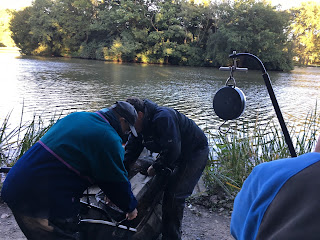 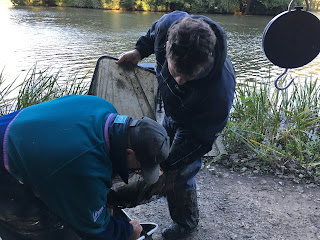 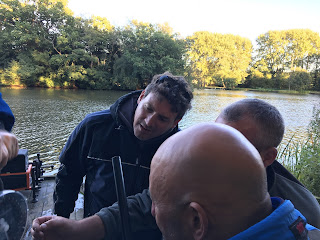 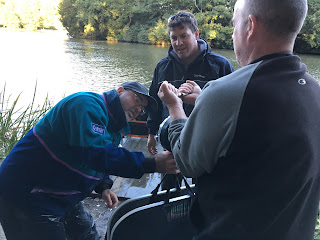