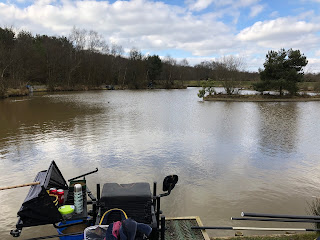 Day 1 of the festival and a great night in the Lodge of Plenty with spirits high even though the weather wasn't looking it's best and set to get worse!

Everyone gathered at the Tackle shop, Kenfish doing a great job of collecting the pools money and organising the rabble, then it was our leaders turn, Herbie.  But of course before he could speak a rousing welcome of, "Herbie is our leader, la, la, la, la" was sung in his honour.

The Draw
Please not Woodpecker was my thought having spent two very fruitless days on there already.  The peg came out of the bag, it was red which meant Woodpecker again!  This time I'd be again on the high back although peg 17 in the corner which was a bit more sheltered from the wind.

Neighbours for the day, Chris Martin and Pete Bailey.  I mentioned to Pete I don't mind seeing him, but not on the next peg!  At least I could observe his angling approach I thought to myself.

Set-up
I was not going to make yesterdays mistake so both the pole and the feeder rod came out of the bag.  The lines for the day:
All-In
The 13 metre pole line got two balls of ground bait with very little feed in it, a single ball went on the 7 metre line and I decided to pot in a few cups of loose groundbait on the margin line.  The thinking behind the margin line was that normally when fishing for those carps, the skimmers also tend to show up however the depth of the margin wasn't great but it was worth a try in my opinion.

Out on the feeder to let the pole lines settle casting every 5 minutes.  Second cast and the tip wraps round, that'll be a carp.  Sure enough a lovely ice block of a mirror carp gets landed.  Continuing on the feeder no more bites.  I was casting around the swim on the clipped up line however nothing at all turned up.  So after 90 minutes I decided to give the pole lines a try which also turned out to be fruitless.

Everyone was struggling including Pete.  I tried the margin in the hope of some perch, both pole lines, nothing, so back out on the feeder.  It was 3:40pm when the tip finally showed some action and I landed a lovely skimmer of just over a pound which didn't impress Pete.

Triple dead pinkie tempted that fish so back out on the feeder and a skimmer that looked like a silver blade with eyes.  Hopefully the feeder line was going to give me some joy, but it wasn't!  The all-out was called and it had been a gruelling day, especially as there was a pound riding on the results with Chris Martin.

Result
1lb 4oz tying with Herbie for a Section 5th however taking a pound from 76TB and Big Nige knocking out him out.  I'd be up against Big Nige tomorrow in the knock out.

Conclusion
What a tough day!  As you can see by the weights it wasn't brilliant.  The pole lines didn't turn up for any of us from peg 14 to 17 and we didn't catch fish until the final hour of the match.  Excuses aside, the weather definitely wasn't helping us at all, just glad the feeder line produced some fish otherwise it would have been the cheque book and pen, blankety blank. 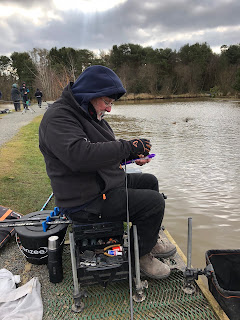 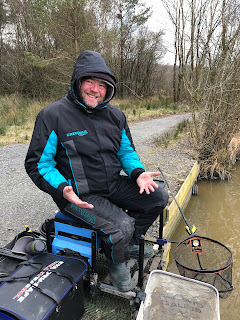 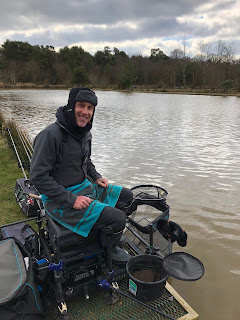 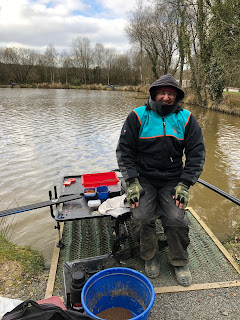 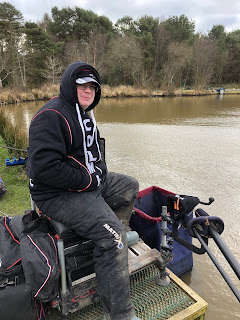 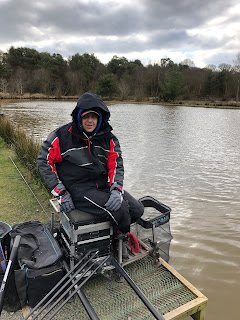 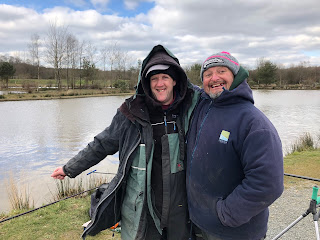 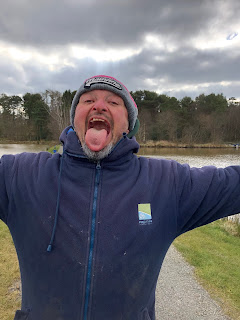 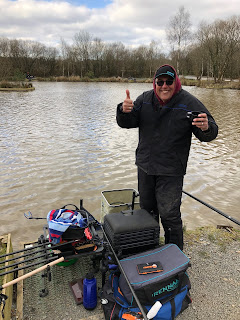 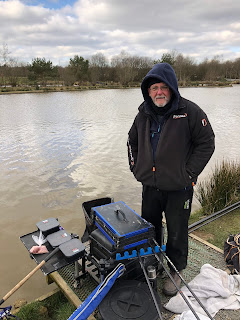