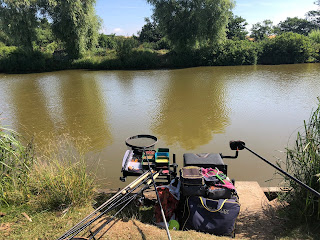 Day 2 on the pairs, after a night in the pub with the lads trying new drinks such as double vodka and strawberry slushies it was back to a day in the lovely Leicester sunshine and the Glebe Fishery.

The Draw
Yesterday saw me drawing Peg 2 on Pool 1 which I fished two weeks prior, today when I put my hand on the strips bowl, Peg 90, Pool 6 came out, guess what, yep, that was the other peg I fished two weeks prior.  Now what are the chances of that?  Same two pegs drawn from two week earlier, I
reckon its about a 1 in 1152!  Maybe I should get a lottery ticket on the way home!

Set-up
After my blow out yesterday and trying to keep things simple I decided to try the same approach as 2 weeks ago again, so feeder to the far bank, pellet waggler for the cruising fish, 5 metre pole line and left and right hand margin lines.

All-In
Determined to perform better today I was setup with plenty of time to spare and sat on my box for a good 20 minutes before the match simply observing what was going on in the swim.  The fish were cruising around the peg so I decided that my starting gambit today would be the pellet waggler.  Well it caught me a few fish but that was it, just a few fish.  That was hour one gone.  A quick look on the feeder for the next 20 minutes didn't produce anything either... today was going the way of yesterday, a disaster...

I could see the guys around me and their matches had started well either, or so it appeared.  Finally I settled on my 5 metre line feeding it heavily to make sure the fish would be on the bottom.  I was catching but certainly not in the numbers I would have liked and the fish were of a smaller stamp.

It was definitely one of those days for me and I ended up fishing the margin to my right as Jason up on peg 92 was catching well from his.  The weight in would show just how well he'd been catching from it!

I put together a better run than the previous day on peg 2 and I was so relieved to hear the all-out.

Result
Another last in section for an absolute blow out on the two days...

FishyPhil also had a tough day and we ended up 20th out of 24 pairs, still great to catch up with all the lads and congratulations to Colin Merce and Mark Poppleton for the win.

Conclusion
Two terrible days for me.  I just could not get anything right at all so my conclusion is that I just wasn't in touch with what the fish wanted.  Jason who had a cracking weight was fishing mainly paste, something that isn't really in my match fishing armoury.  Time to have a chat with Pikey for some tips! 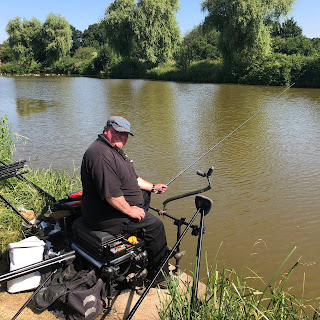 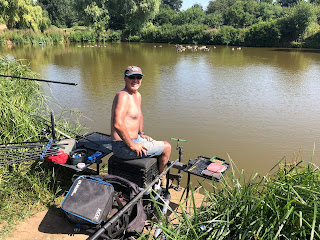 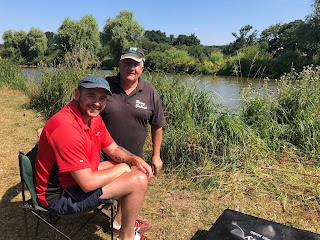 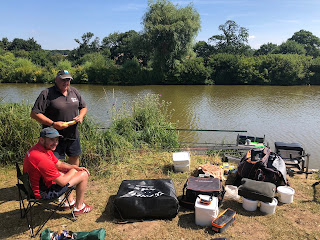