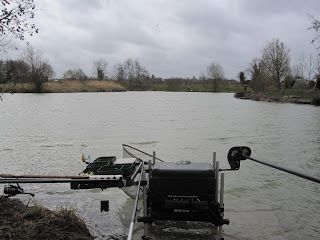 
I also set up a bomb rod just in case the wind caused too much trouble.  Bait was maggots, corn, worm and pellets. 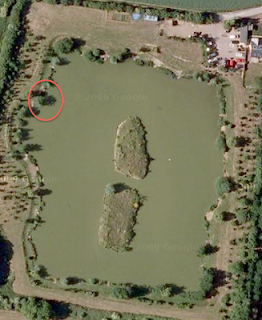 The All-In
We were both ready at around 9:30am so I potted in a small pot of worms on the worm swim and a nugget of sloppy groundbait on the line straight ahead.  The wind made it very difficult to present the rig.  A soon as I got the float to settle in vanished and a lovely roach was in the net.  The hour passed and feeding a nugget of groundbait each fish I soon had 20 fish on the counter.  To start with the rig was shotted shirt button style but the wind was making it difficult to lay in, so I switched to a bulk with two droppers which made things easier to present and also resulted in better fish.

Mark was struggling with the pole as the wind was right across him so he decided to switch to the bomb rod.  His first fish came soon after, a lovely skimmer bream.  I had also had enough of the wind, so picked up the bomb rod and put on a banded 8mm pellet.

The tip started nodding after 20 minutes and a skimmer about the same size as Mark's early fish was the result.  Another two fish on the tip, one a lovely Bream around 1.5lb.  I was storming into the lead in today's competition, but things were about to change!

Mark hooked up another fish which we caught a brief glimpse of before the hook pulled, but it was definitely a carp.  Mark was using double corn, so he switched to a 10mm prawn boilie.  This would prove to be the turning point in the match.

In the next 90 minutes Mark pulled in 5 carp, all cracking fish, 7lb, 6lb, 5lb and a lovely 12lb'er.  He soon took the lead.  I grabbed a couple of boilies off Mark and sent out the bomb rod in the hope of a similar run of fish.

Mark pulled in a few more carp and my tip just sat there, bobbing with the waves...  We packed up at 4pm and there was a clear winner today... well done Mark!

The Result
Mark's carp spree put paid to my silvers and he took the win convincingly going two nil up in our Mark vs Mark competition.

Conclusion
It was a tough day, the wind and rain made the bank a rotten place to be.  Mark's switch to the boilies was a master stroke.  Think about it... there are some big carp in this lake and they do get fished for a lot, therefore plenty of boiles going in.  I had a tough cast to the island as my peg was facing the bay, but I only got one line bite all day on the "boilie" line.

Chestnut Pool is no-doubt a great fishery, just imagine what it's like in the summer!!! 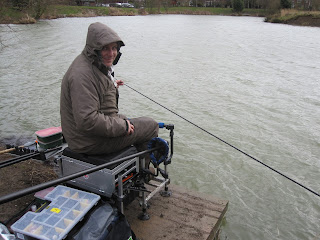 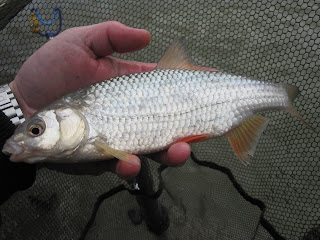 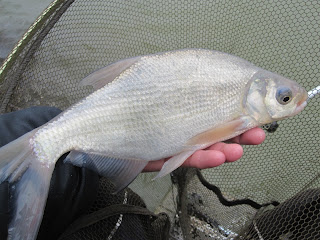 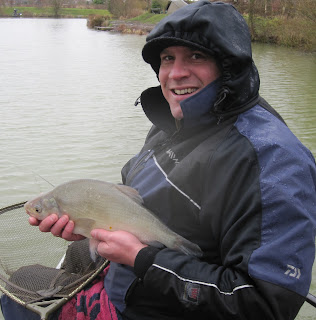 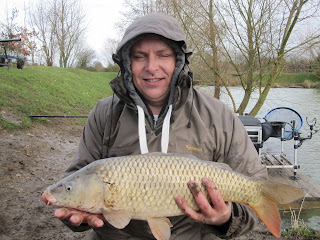