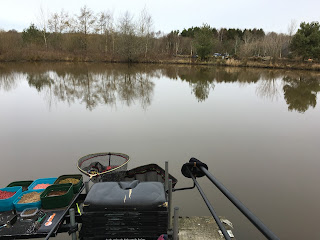 The start of the main event!  It was certainly a bit of a late night, the Lodge of Plenty had the usual visitors and there were a few sore heads for a Monday morning.

An expect crowd gathered in the new fantastic looking tackle shop, no need for a queue in here, plenty of space for us all to gather round and listen to our leader, Herbie!

The lakes we had for the festival were Willow, Oaks, Tanners and Woodpecker.

The Draw
Today was an open draw with all lakes in the drawbag.  My lot home for the day, Peg 32 on Woodpecker.  This peg hadn't been included in yesterdays Champions League match and I've been here on a previous festival and didn't do very well from it...

Set-Up
Pole lines at 6 and 12 metres fishing at both 10 o'clock and 1 o'clock positions.

All-In
Speaking to my team captain, Wayne, aka O'Dribbill Jnr he advised starting short with expander and micro pellets while letting the longer lines settle.

On the whistle I followed the match plan, potting in two balls of groundbait over my right long line and some chopped worm on the left long line.

The 6 metre lines were fed with a nugget of micro's with a 4mm expander on the hook.

Hour 1 - Rotating between the 6 metre lines, nothing, not even an indication.  Bag-up Bob next to me hooked and landed a lovely little tench.

Hour 2- Checking the long line, nothing... trying all different baits on both lines and eventually the float dipped on the worm line and a small roach was in the keepnet.  Two more fish followed then nothing.

I spotted a fish roll in the large bay so quickly broke out a feeder rod.

Hour 3 - Out on the feeder in the hope that the larger skimmers where about.  I had one tremble on the tip and that was it... another hour gone and no more fish in the net

Hour 4 - Topping up the long lines in the hope that larger fish would settle on the feed later in the match.  I spent this hour frustrating trying all sorts on the short lines.  Result was no fish.

The final hour with no more fish.  Bob had hooked a carp but nothing else either.  The all-out was called, thankfully!

Conclusion
The weights on Woodpeckers were very low, no feed from the previous day on this peg, it was a tough day and a terrible start to my festival. 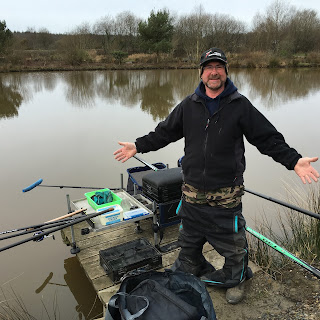 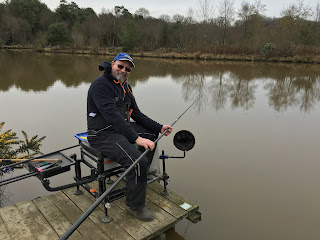 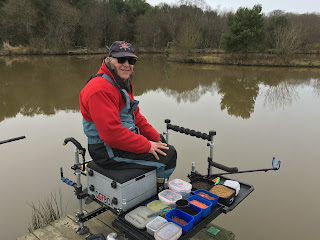 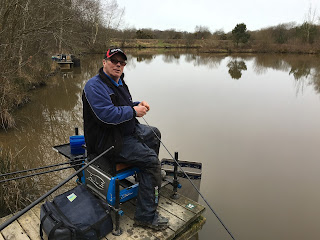