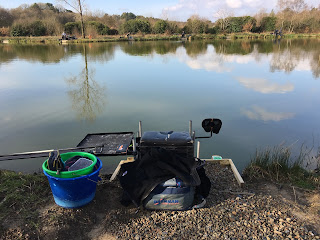 Finally it is here, Stafford Moor 2016!  The invitational event that see's 34 plus anglers descending on Devon to see Jo, Paul and family at Stafford Moor fisheries.

It's been a year since we last saw Jo and Paul and the work they have done in that time is inspiring! There has been major work on Pines with it drained, fish removed and desilted.  A new island in the middle of the lake will house the pegs and fishing will be from the island outward, so something different and new.

Lakes have been renamed:
A new tackle shop was in the process of being completed and wow, it is huge!  Impressive shower and toilet facilities for the carp anglers.

Chatting with Paul and Jo, it is clear their vision is for a beautiful looking fishery as well as an exciting venue to fish!

Fantastic job Paul and Jo and plenty of pictures can be found on the Stafford Moor facebook page and linked account with Jo (Joanne Coombes).

Today's match as per previous years would be a champion leagues match and an opportunity to find out how the fishing for the week maybe.

The Draw
All lakes were in the bag, I drew Oaks, peg 14, a new area for me.  Paul has really improved this lake by putting a proper path around it and giving the bushes a good trim.  Peg 14 is on the roadside of the fishery.

Set-Up
Plumbing up it was deep!  Just over top two in depth at 12 metres.  I found two areas of the same depth on the long line and set-up a margin rig for any Perch or Tench.

The bait list was long, everything from worms through to pellets.

All-In
Plenty of time to set-up which made it a very relaxing day.  This theme would continue throughout the week.  I cupped in two balls of groundbait on my right hand line and a pinch of chopped worm on the left line.

So I was edging my bets, a cooker positive line and a negative line.  The margin was hand fed with casters throughout the match.

It was a slow start but after 30 minutes I took a few small skimmers from the chopped worm line. The bites were coming, but the stamp of fish was quite small.  Then the carp moved in... small stockie carp, they were to prove a bit of a nuisance.

My neighbours for the day were Ken and Dave.

Dave was having some fun with carp, Ken was steady away with his silvers and the odd crucian carp.

The day passed by very quickly, fish were coming from both the lines, but no big skimmers or bonus fish like tench or cruicians.

A look at the margin line and yep, you guessed it, carp, more carp and more carp...  I was to rely on my long lines for the entire day.

The Result
7lb 4oz, overall 4th on the lake out of 9 anglers.

Conclusion
A lovely day with great company.  It's definitely the deeper carp corner of the lake.  Dave had large carp after large carp no matter what he had on the hook, although the choice of a 4mm expander was asking for trouble ;-) 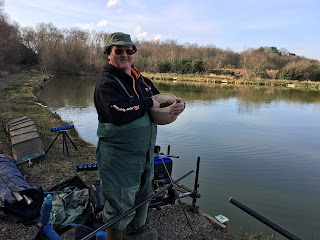 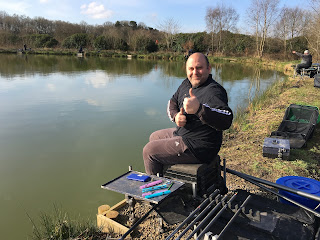 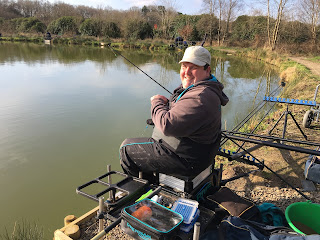 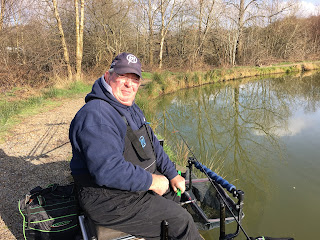 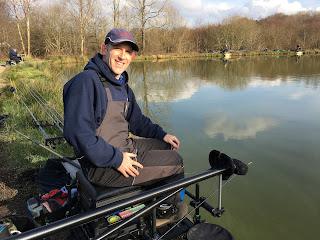 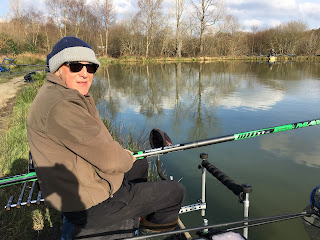 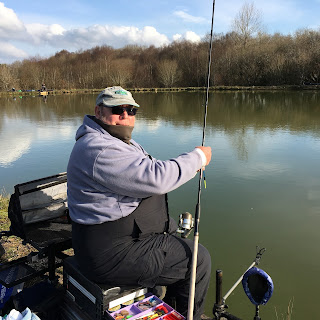