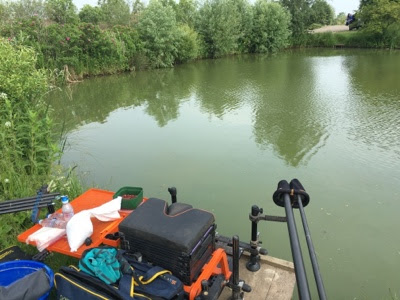 After the tough day on Willows I headed back to the lodge and bumped into Nathan.  We had a couple of cheeky beers on the terrace which turned into one monster night after all the other lads arrived back.  Pizza was ordered again and hangovers would ensue in the morning!

Lesson Learnt, feed Nathan Stella as he just cannot cope with the stuff ;-)

The Draw
As I was on Willows yesterday, today it's my turn on Laurels.  Peg 13 came out of the bag, an area that isn't noted to be great... with Brian P again opposite.

Set-up
The peg has a great margin, so the pole lines were:
Today I added some bread to the bait list to dob and waft along the margins 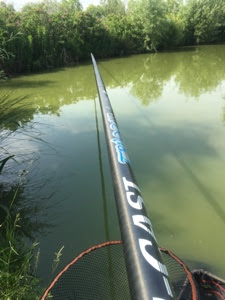 All-in
Straight onto the dobbing line down the margins kinder potting micro pellets topped with groundbait.  It only took 5 minutes for the first fish to take the bait.  I worked this line for the first two hours of the match eventually moving to 16 metres down the margin.

As the line was starting to produce less it was time to try the 13 metre line ahead of
me.  It had been primed with some micro's and groundbait.  It started to produce skimmers but no carp.  I held out on this line for around an hour.

My other margin was to my right and within top 2 plus 2 range next to a stump.  This line I had been potting in some groundbait.  Baiting up with two large worms on the hook it soon produced results in the shape of Perch, again not the target but adding weight to the net.

The final two hours of the match I went from the left margin to the right margin and eventually the carp decided to play ball.  When the All-Out was called I felt as though I'd done enough for a section second as "Sam the Man" had been bagging steadily all match and landed some proper lumps. 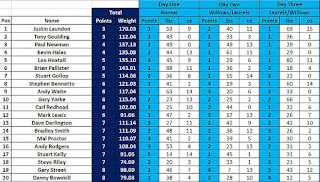 Conclusion
The margins worked for me.  The bread tactic was definitely a successful one giving me more options dobbing up and down the margins.  If I keep up the good results this could be my most successful festival to date! 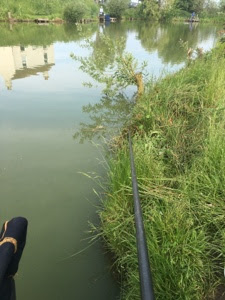