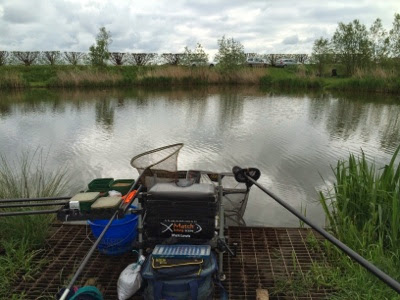 Day 2 of the festival and we would be fishing on Willows and the Strip lake to give everyone some room. A quite night was had by all last night so most we bright eyed and bushy tailed!

The Draw
I got an early draw as I was helping Midge to set-up, peg 40 on Willows came out which was one of the points, the favourable areas on Willows.

The Set-Up
Another day on the Pole, so I set-up the following lines:
Bait was Worm, corn, dead red maggots, 6mm , micro and expander pellets

The All-In
Given yesterday on Bonsai and watching Keith (Shallowman) I decided to have one pole line as chopped worm, the other a pellet line to give me options.

I cupped in on both lines and went straight over the chopped worm line. The fish started to come, but they were small silvers and the smallest gudgeon I’ve ever seen. Finally the carp found the hook bait and I was off. After 3 carp, the line died and I was only 45 minutes into the match!

A quick look on the pellet line produced nothing, so I topped up both swims. 3 more fish from the chopped worm line and then nothing… I cupped in once again, caught 3 fish and then nothing. This happened until I’ll used a kilo of worms and I was only 3 hours in the match.

Trying the pellet line I caught a few F1’s but then nothing. It was becoming clear that the fish were up in the water, so I decided to try fishing shallow on the pellet line which resulted in a couple of fish on banded 6mm pellet.

I had a very quite 40 minutes and even tried the method feeder line which did give me any fish. So a new plan was hatched. I went back to my car which has a couple of tins of meat in the boot. My mates always wonder why I have luncheon meat in the back of the car, well this is why lads! Cutting a couple of tins into 8mm cubes I was back at my peg.

The Top 2 + 2 line was potted with about 10 cubes of luncheon meat and straight over it. The fish started to come again. After a while I was getting plenty of foul hooked fish, so I decided to try fishing shallow on this line.

A cube on the hair rig, lift and dropping, throwing 3-4 cubes of meat and I well and truly got back in touch with the fish.

I had been feeding the margins with loose groundbait and corn, a quick look only resulted in a small F1, so back on the 5 metre line until the whistle.

The Result
38lb xxoz which was good enough for the section win! That was a surprise given the days fishing.

Conclusion
Grabbing the meat from the car mid way through the match was my turning point and got me back on the fish. To be fair the weights on Willows were down as most of us struggled to put a string of fish together.
Lindholme Lakes Maggotdrowning Matches