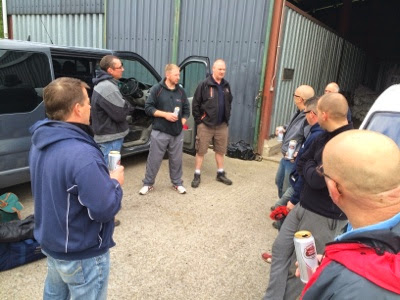 Withy 2014... The buildup had started early on both Match Fishing Scene and Facebook.  The drive from London was without incident and I arrived at the fishery to meet up with the majority of the lads.  A beer was quickly put into my hands by Jaap Stam (of West Ham) and the banter began!

Two mini cabs arrived an whisked us all off to our hotels and the nights entertainment started. 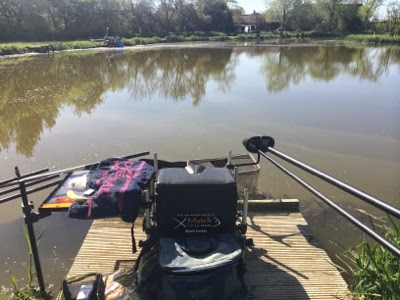 We were joined in the pub by some other Withy lads and before we knew it, the pub was shutting and the kebab house was calling... No YOYO's tonight, that pleasure would be saved for the Saturday night.

Kebab dispatched, back to the hotel with Animal and Pebs around 1:30am not feeling too bad to be honest.

Next morning we had a very civilised breakfast and got straight to the fishery.  The weather was fantastic, glorious sunshine!

The Draw
A well organised draw which maybe was down to Sconey drafting in a few of us to help ;-)  I drew Peg 10 on Barnmoor which was a simple walk from the carpark and had the aerator within range.  Neighbours for the day were Animal and The Bard with Pebs behind me on Selwood.

The section on Barnmoor consisted of Sconey, Bez, The Bard, Me, Animal and Shedders... the abuse would be flying today!

The Set-Up
Pole only today for me and 3 lines of attack.

Bait for the day consisted of maggots, corn, expander pellets, 6mm luncheon meat and sweet corn.  Dampened micro pellets and some ground bait for potting in to target the skimmers.

The All-In
I decided to pot in ground bait laced with corn on the 14 metre line straight ahead, so kicked that off with two balls.

The aerator line had a handful of squeezed micro pellets to kick it off.  The margin would be fed by hand. 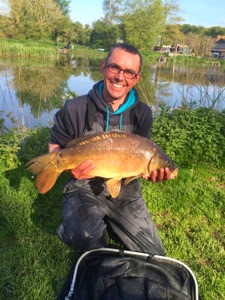 I started on the aerator line with double dead red maggot.  I was using the trusted '99' Stafford moor silvers rig.  This rig puts two number 9 shot one inch from the hook, on the hook length, plumbed up to place the number 9's on the deck which results in positive lift bites the majority of the time.  Perfect for targetting Barnmoors skimmers.

I was straight into a fish and the first hour past by very quickly producing roach, Rudd, chub, perch and small skimmers from the aerator line.  As the bites tailed off I potted in another handful of micro pellets and had a quick look at the other 14 metre pole line with a single grain of corn... 5 minutes later I would be back on the aerator.

As the match progressed I found that the larger skimmers started to come especially when I change from maggot to corn or large expander pellet. 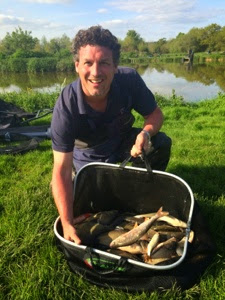 I was now topping up the aerator line every 45 minutes and the swim was getting stronger.

There were some large carp mulling about near the surface, both Bez and The Bard broke out their pellet waggler rods to target them.  Bez hooked a monster of a fish and after some time got it to the net only to realise his net was on the small size, eventually netting the fish, it was a monster!  17lb 1oz it weighed.

The bard also hooked and landed two carp, one 'up the 'arris'.

The match soon ticked by and my aerator line had produced all of my fish, with nothing in the margin or the other 14 metre line.

I had landed some big skimmers, had I done enough on the whistle? 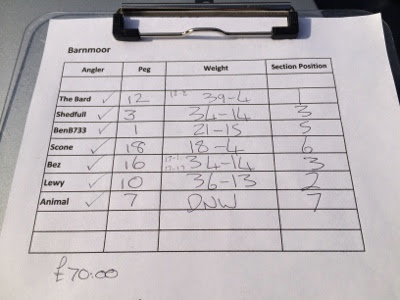 Conclusion
Barnmoor is know for it's large skimmers and very large carp, both came out today.  The results were close at the end of the day.

The groundbait/corn line produced nothing as did the margins, interestingly no one got any fish out from them.

The aerator line had given me a full days sports, switching the hook bait kept the large skimmers coming.  A enjoyable day on the bank!