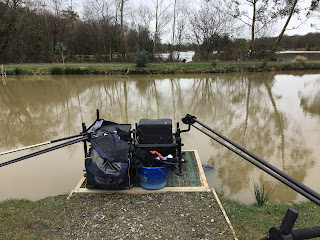 Day 3 of the MFS Silvers festival at Stafford Moor.  My group would be on Pines today.  It was a very heavy night at the Lodge of Plenty and my head was in bits due to a large amount of spiced rum and coke!

The Draw
Peg 3 on Pines was my home for the day.

Set-Up
Pole lines only today and they were very deep!  One at 13 metres that was 7 feet deep and the 5 metre line was 6 feet deep.  I also opted for a short margin line to my left side just up the shelf.

All-In
Match plan was to follow Animal’s lead from the previous day and to try and get as many fish short using 4mm expander while having a long line as backup.

When we were setting up you could see some fresh water coming into pines, it mixed up with the cloudy water and looked like tea with milk before it’s stirred. This cold water was moving towards my peg and I was worried that it would push the fish further up the lake and away from me.

I cupped in a nugget of groundbait on the 13 metre deep line and some chopped worm on the short line. Going straight over the long line produced a fish after around 20 minutes. Dave (Silvers) on my right had fish from the off on his long pole line. Had this cold water pushed the fish away already?

The weather today was turning better but having the wind off my back was a welcome change from the previous couple of days. The long line started to produce a few smaller fish but not in the numbers I needed or expected.

Later in the match I was rotating between the pole lines ahead of me picking off the odd fish but nothing of weight. It was when I finally moved to the margin line on my left that the fish started getting better. I took about 5 better fish from this line before the all out was called.

Conclusion
The cold water coming into Pines definitely had affected the fishing and this would show in the next few days results too. Managed to take a pound from Dave however the best lakes where at the top end of Pines with a well fought battle between Mark S and Al Rutherford, Al pipping Mark to the lake victory. 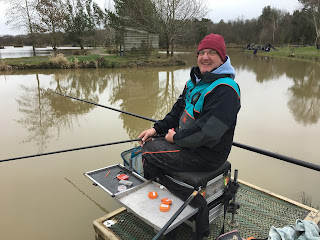 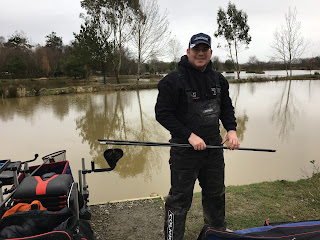 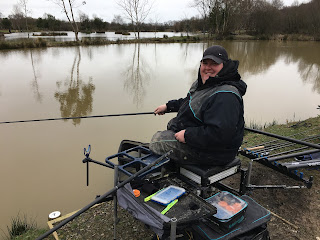 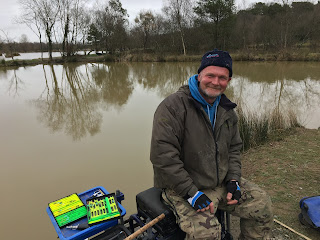 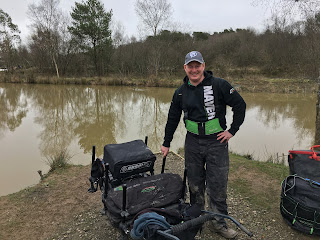 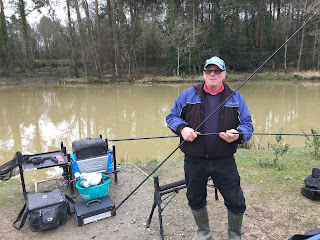 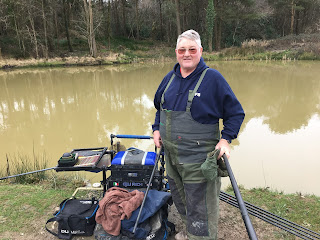 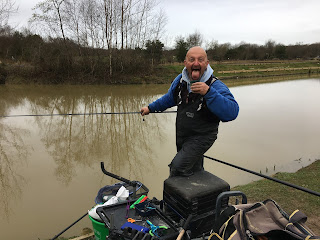