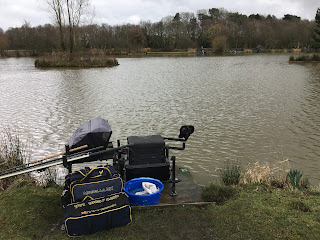 Our final days fishing at Stafford Moor and I was pleased to find I was in the middle seeded group so I’d improved on last years efforts at least. Once again one of our group would be drawing for lakes and still nobody wanted to get Woodpecker. I’d been banned from drawing for the lake due to my terrible failure yesterday so Hathers stepped up to the plate.

The Draw
Well Hathers pulled out Tanners for our group much to the delight of everyone. My home for the day would be Peg 5 on the lawns a very easy walk from the lodge with neighbours being ickle Wayne and Captain.

Set-Up
Today’s match plan was to feed two close in lines, one heavily and the other less positive. The wind was up so I decided that 5 metres would be my limit today.

I also set-up the feeder rod to see if any larger skimmers where close to the island.

All-In
I put 4 balls of groundbait laced with casters on the 1 o’clock line and only a single ball on the 10 o’clock line.

Wayne next to me had got off to a flying start with fish after fish feeding very negatively and using pellet. I’d estimate he had 15 fish to my 4 after the first hour. The feeder rod went up the bank after tempting fate too much and hooking a carp. Time to see what the pole lines had on them.

The plan was to fish the left hand line and leave the “cooker” line alone until later. The 10 o’clock line started to produce fish from the off and if it wasn’t a skimmer it was a small carasio. The catch rate was quick, Wayne’s was even quicker! 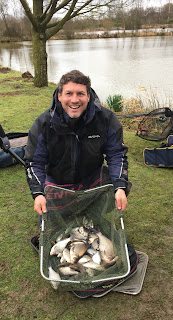 The time slipped away pretty quickly and even when I had a look on the other line there was plenty of action. Into the last 90 minutes and my “cooker” line started to pay dividends after I landed three larger skimmers on the bounce. Wayne was starting to look worried as his fish never got any larger.

Adding a section on I hooked another large skimmer and then they were gone, never to be seen again that day on Peg 5. I carried on trying to find the large fish but ended up with the small stamp of skimmer and carasio.

The all out was called and that was the festival over. We could see that the lads over on the 30’s had caught well with a few of them putting in an extra net!

Result
19lb odd for 5th in section, oh dear… Wayne on the other hand had won the lake with 26-27lb of well earned fish. He had worked like a trooper all day long.

Conclusion
Where had the large skimmers gone too? Had I plundered the line too early and spooked them off? These were questions going through my head. The heavier feed certainly brought them in at the later stages of the match… 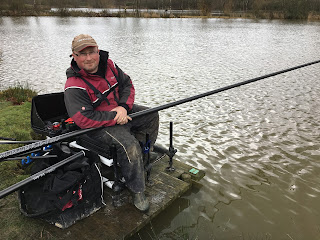 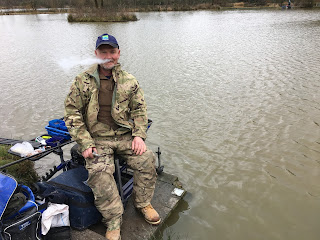