Showing posts from August, 2011
Show All 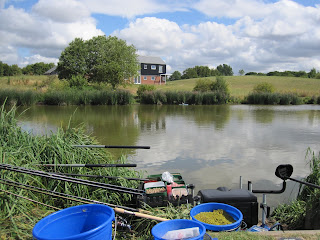 My second MFS match at the Glebe in Leicester and a fund rasier for the England Ladies team.  What a great day out!

I arrived around 8:30am and quickly met up with the MFS massive, BNF, Animal, Scone, Woody, Slider and Snooty Fox.  BNF was looking forward to giving out another "Battered by BNF" t-shirt, but today would be different...

Colin (BNF) walked me round Lake 1 at the Glebe and helped with a match plan as I'd never fished the venue before.  The Glebe layout for the match lakes is fishing one bank only, so it would be feeder to the far boards for the first hour and then after priming the pole lines keep checking them for fish.

So, 9:30am quickly arrives and we all form the normal "orderly" queue for the draw.  BNF pulls out an end peg on Lake 6, so he is over the moon, Slider then pulled out the peg next to him... Would Slider be the next proud owner of the BNF t-shirt?

I drew Lake 1, Peg 2, just missing out on the end peg.  The bonus was that it was a v…
Location: The Glebe Fishery, Peckleton, Leicestershire LE9 7, UK
Read more 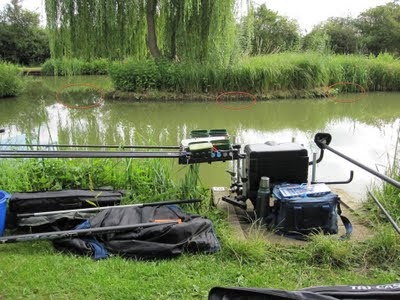