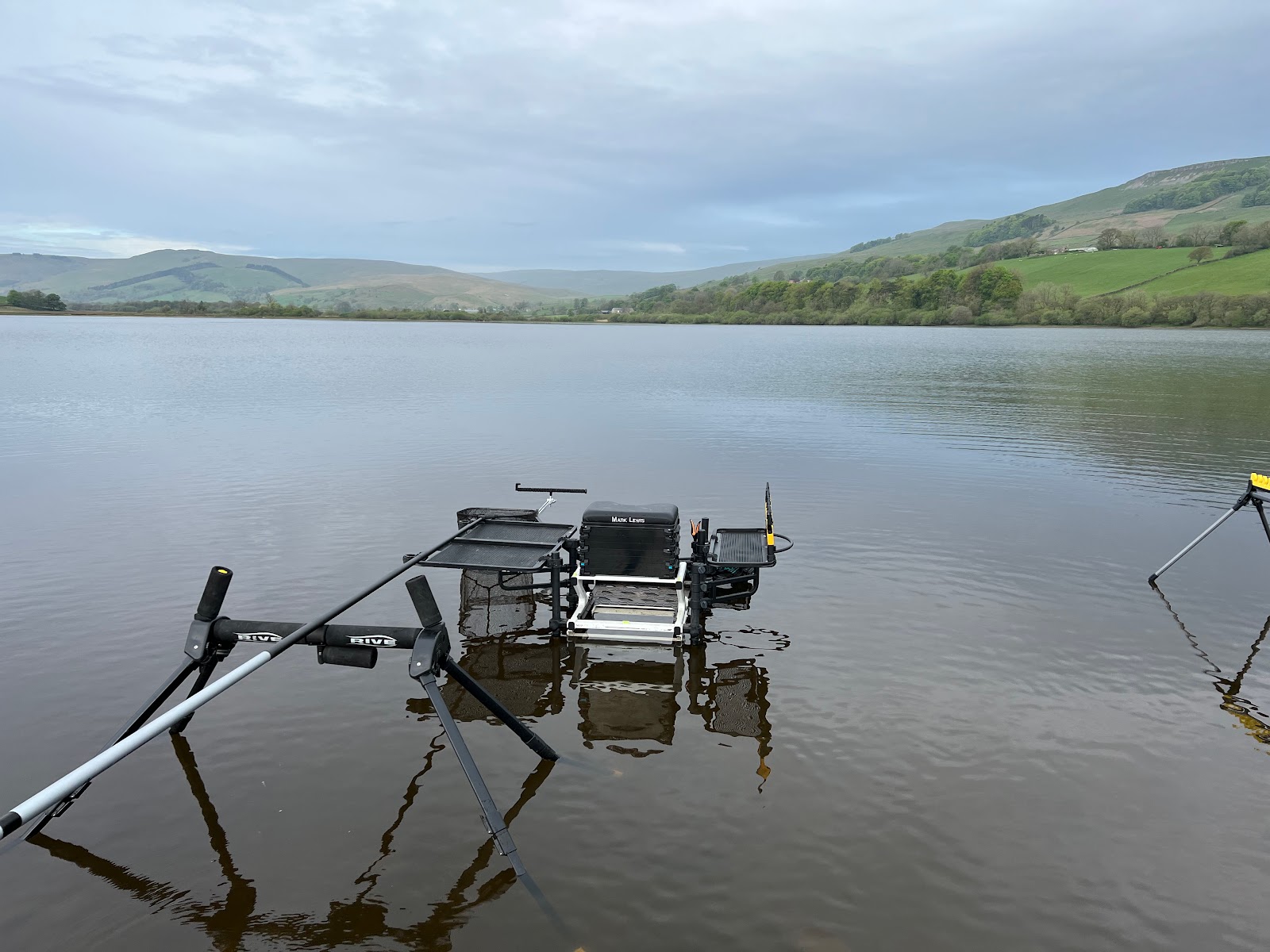 In a break from the normal commercials and after sorting all the the fishing gear out and finding a load of distance feeders that simply had not been used I decided it was time to tackle a large, wild water close to me.
Searching YouTube and finding some videos by Jamie Harrison and Lee Kerry, Lake Semerwater became the target.  I roped in Patrick from work and Mr Curry an old friend I've not seen for quite some years.  The target was set, the prep was done and it was a very early start from sunny Stockton to drive to the beautiful Wensleydale and Lake Semerwater.
Arriving at the farmhouse for 6am and catching up with Rich we headed down to the parking areas to be treated to fish in the shallows and a fabulous morning view.
Patrick arrived about 30 minutes later and we tackled the bumpy 100 metre walk to where the stream fed into the lake.

The Draw
Rich as he was first to arrived went next to the stream, I went in the middle and Patrick on the right hand side.  Comfortable close but not crowding each other. 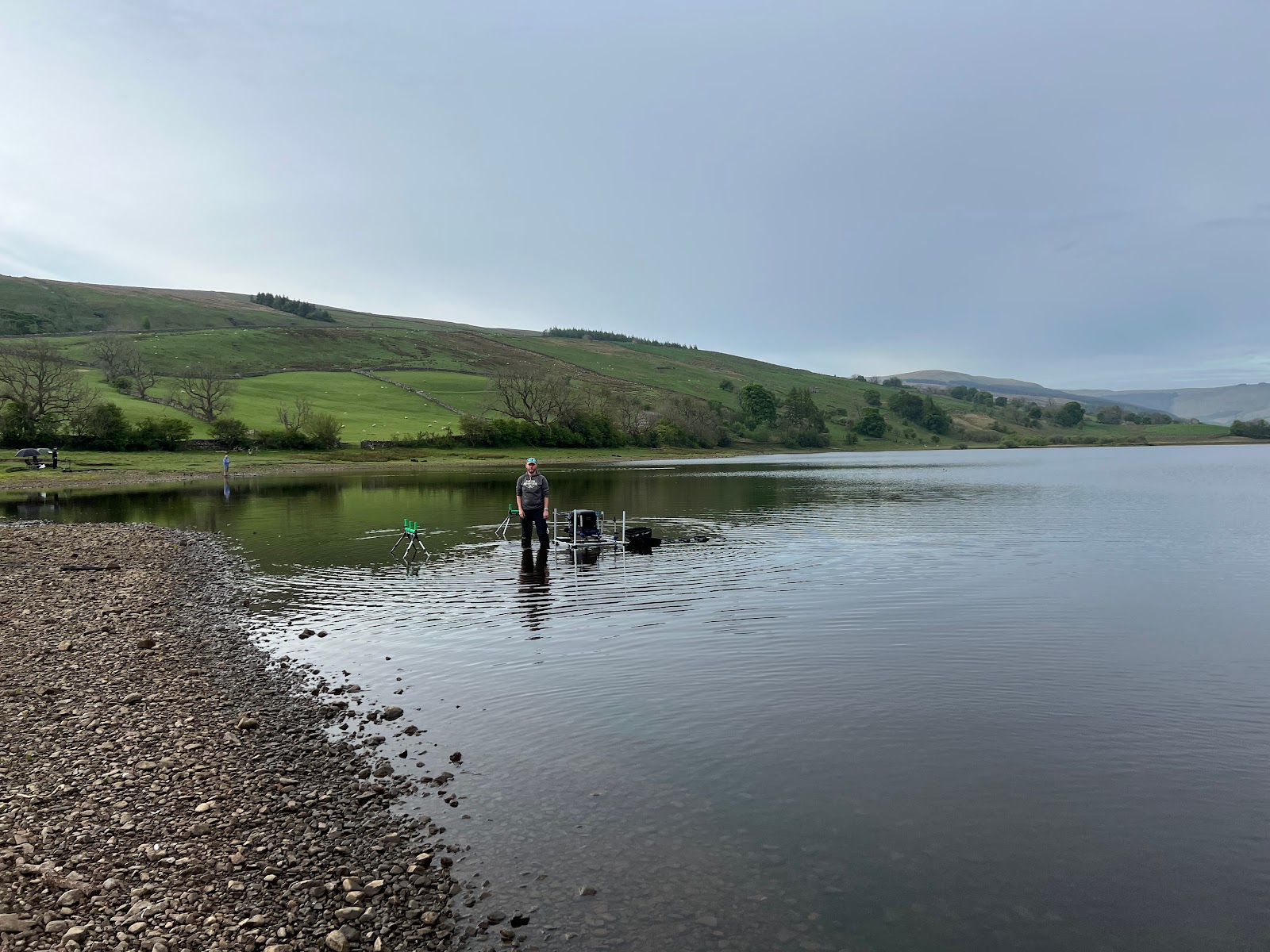 There is something special about setting up all the gear in the water.  Today was a rod only approach we three feeder rods clipped up to 25m, 50m and 70m.  All three of us had also packed a waggler rod, just incase the conditions allowed it.
All feeder rods had braid on them and a 24foot shock leader set up helicopter style.  A selection of guru x-change feeders with different weights should the wind get up.
Hooklengths, guru LWGF feeder special to size 10 and micro-barbed.
Bait consisted of maggots, casters, worms and sweetcorn.  The ground bait mixes, a natural mix of mainline all-round cereal mix for the short roach line.  For the bream line, 50 and 70 metres a mix of Bait Tech Pro-Natural Bream and some F1 sweet dark fishmeal that was mixed the night before.

All-In
It was around 8am when we finally started fishing and the conditions were extremely favourable today with a gentle breeze, warm but overcast with the sun breaking through for periods.  I put four guru bait up feeders with a small amount of particles on the 25 metre line and then four feeders with more particles on the longer 50 metre line. 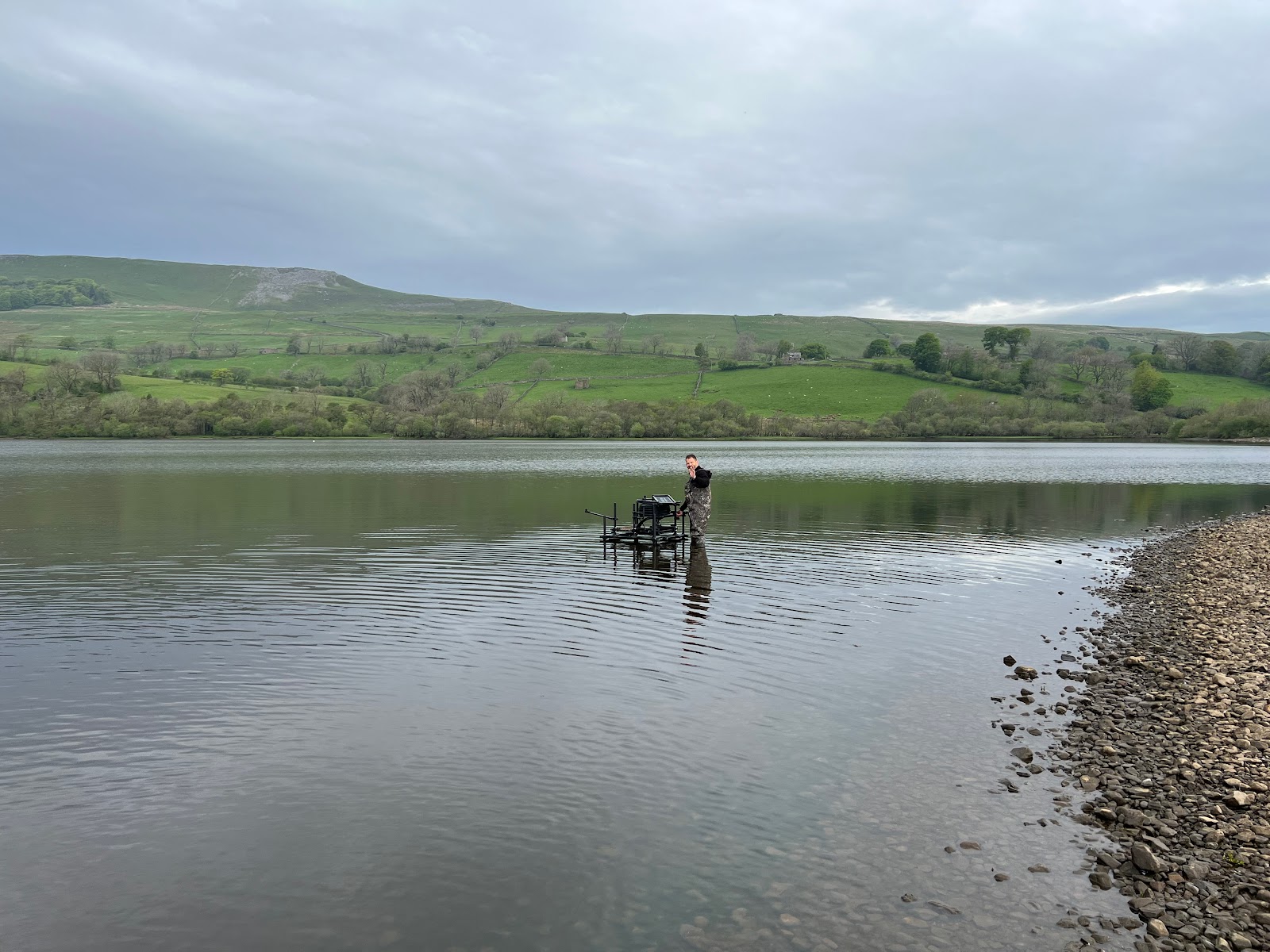 Semerwater is a shallow venue being 4 to 6 foot in depth.  I started on the roach line baiting a red and white maggot, the feeder settled and the tip rattled round instantly with the first fish in the net with six other fish following in the next six casts.  Of course as Rich and Patrick weren't fishing just yet all these fish went back in the lake, of course they didn't!  They went straight in the keep net.
I was using a long 1 metre hook length and the bites were pretty instant.  Patrick and Rich were using shorter hook lengths and they were waiting a bit longer for their bites.  I was casting every two minutes and wasn't putting any particles in the swim feeder, just neat groundbait.
All three of us had spells where the fish just seem to fade away and we suspected a resident pike had moved in which was quickly confirmed when Patrick hook one followed by me which quickly took the next fish and the rod doubled over with the line quickly hitting the clip and breaking the hook length.
I had a 30 minute spell on the longer line with worm which only produced perch and some roach however no bream. 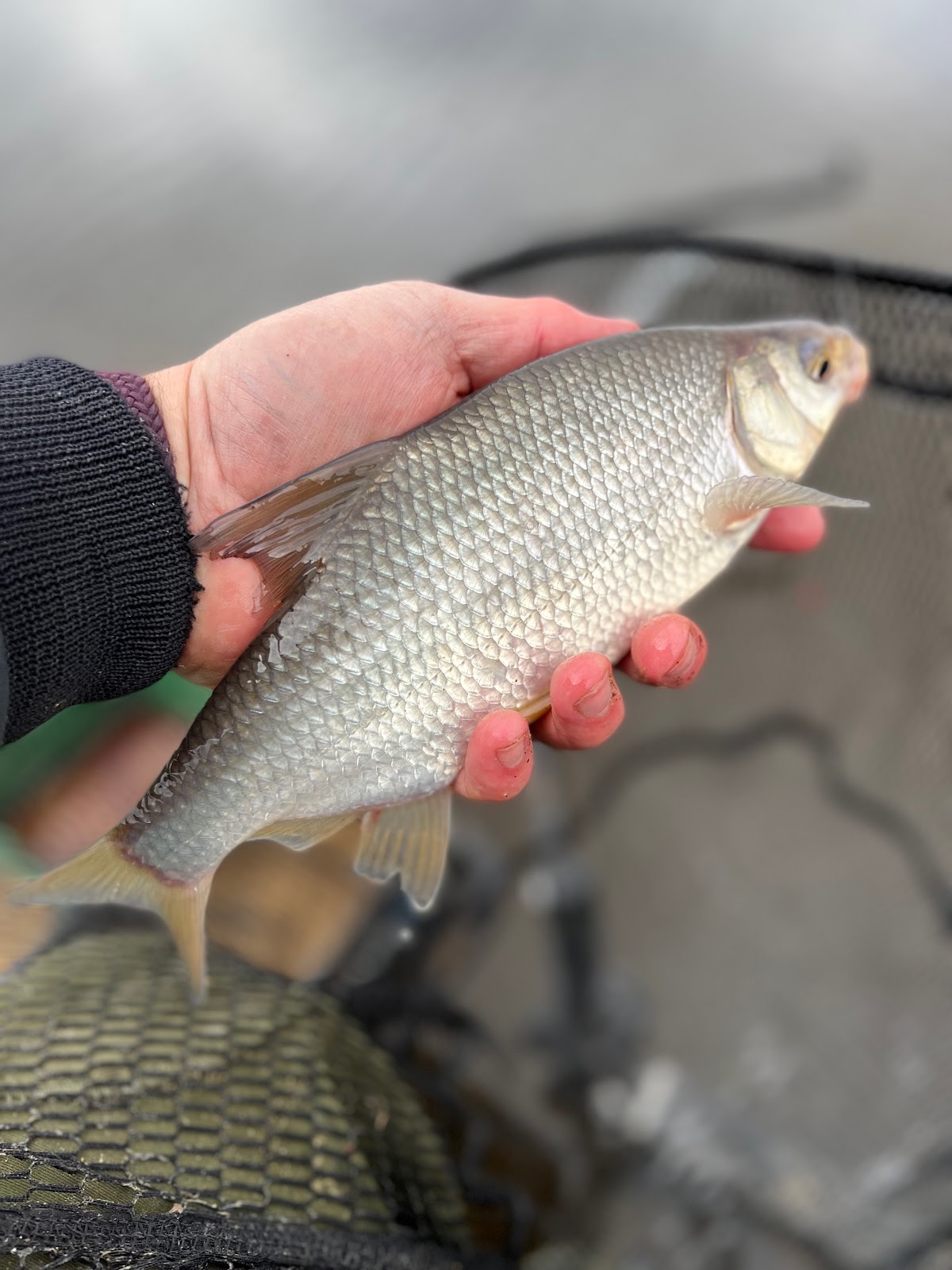 We did have our fair share of issues, Patrick had a crack off early in the session, Rich broke tip in his rod and my waders were leaking.  At least none of us fell in!
Patrick and I were looking at the weather and the lake and kept on mentioning it looks like perfect waggler weather however I was happy catching on the 25 metre line so while the waggler rod was out it was not set up so I left it there.  Patrick on the other hand set his up and was into fish from the off.  After about 40 minutes and seeing how quickly the fish were coming, both Rich and I set-up the waggler rods and enjoyed some great sport close in.
More Pike attacks, this time more acrobatic ones close in.  Unfortunately none of us ever landed one of these freshwater tigers.
I called time and we all weighted our catches after a fun day in the water with plenty of bites!
Result
Patrick - 12lb 4oz
Mark - 9lb 13oz
Rich - 4lb 2oz 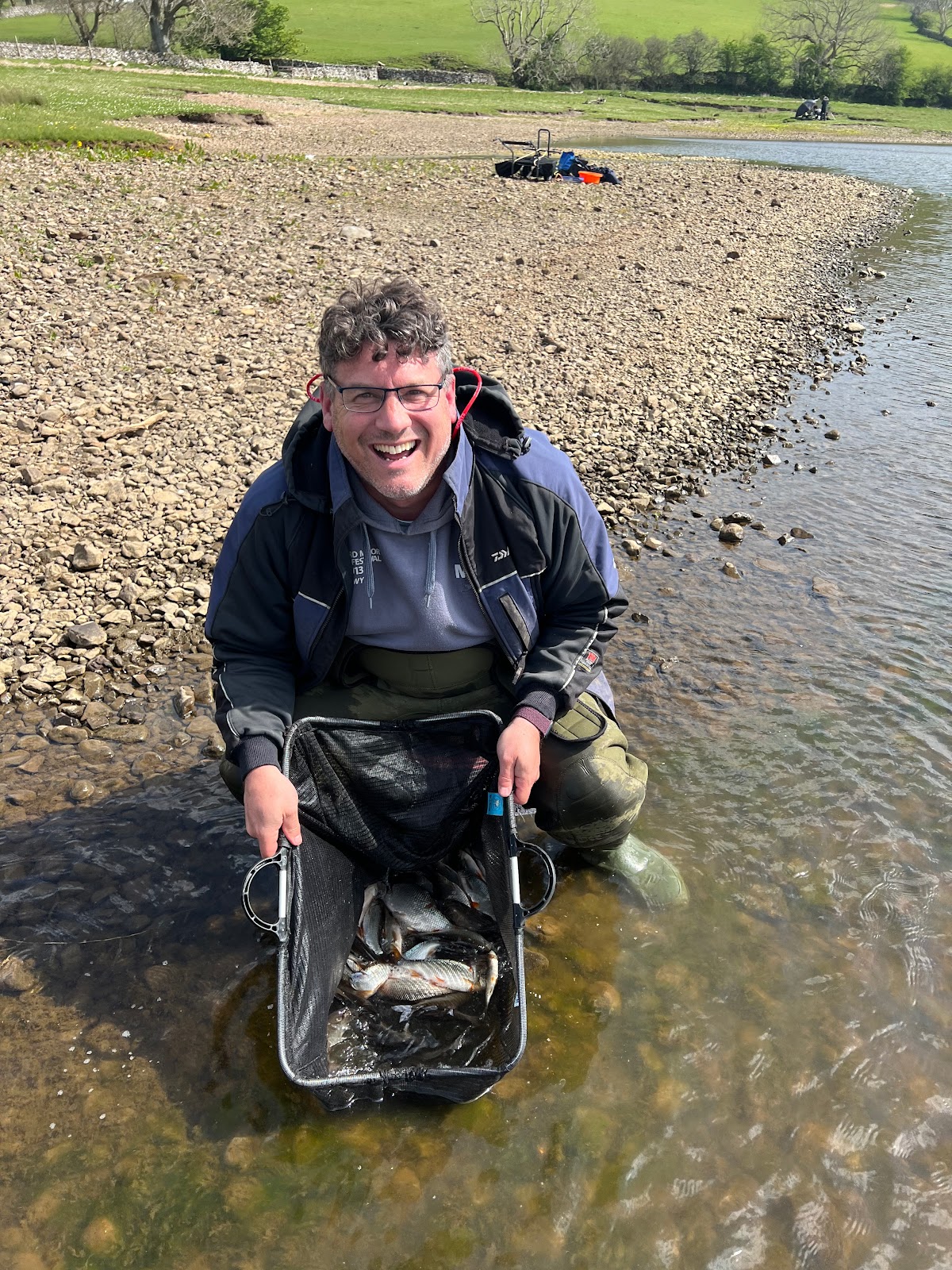 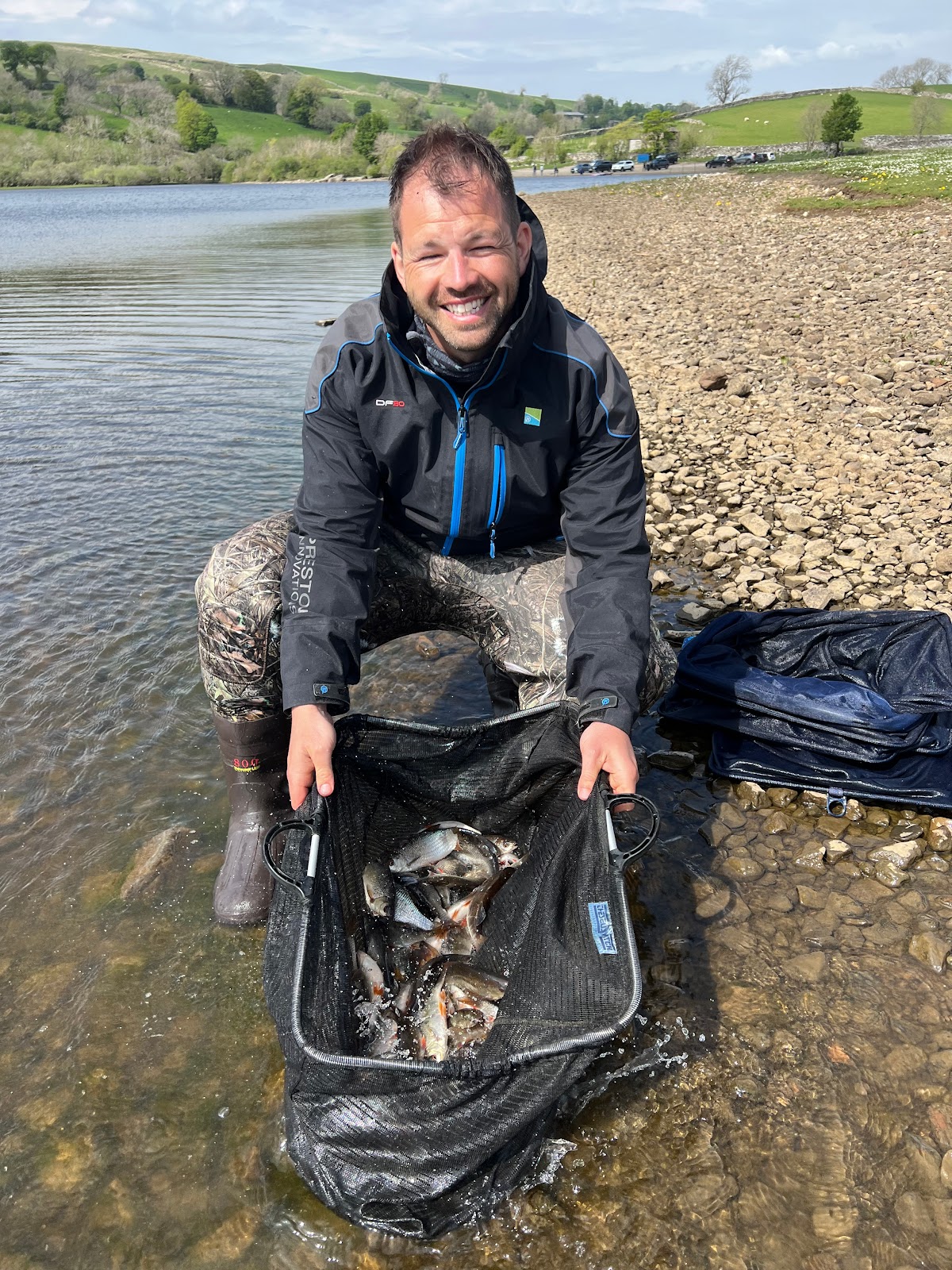 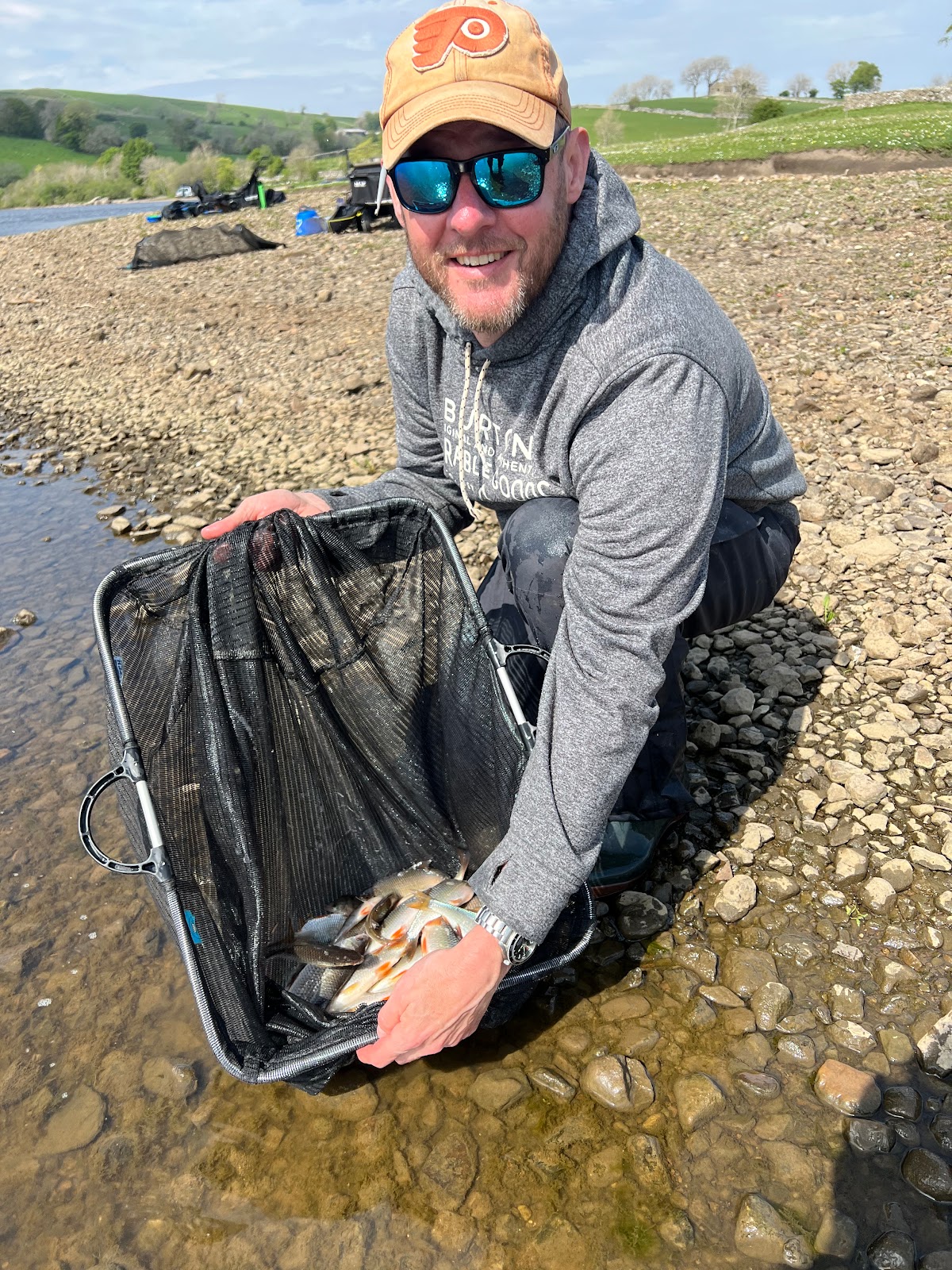 Conclusion
Patrick's switch to the waggler early produced some quality roach which made the difference at the weigh scales.
The long 50m line didn't produce anything of note, and the lack of bream was a surprise.  The 70 metre line was never explored, in hindsight maybe I should have put some bait out there and tested the line every 20 minutes for signs of larger fish.
The pike attacks were entertaining, probably not for the poor roach mind you and plenty of hook lengths used, a total of about 12 used by the end of the day.
Conditions was ideal for the waggler something that you don't often see at Semerwater and we ended up fishing about 3 rod lengths out for some quality fish which was amazing.
A very enjoyable long day, next stop for the three of us will be back to Redwood Park near York. 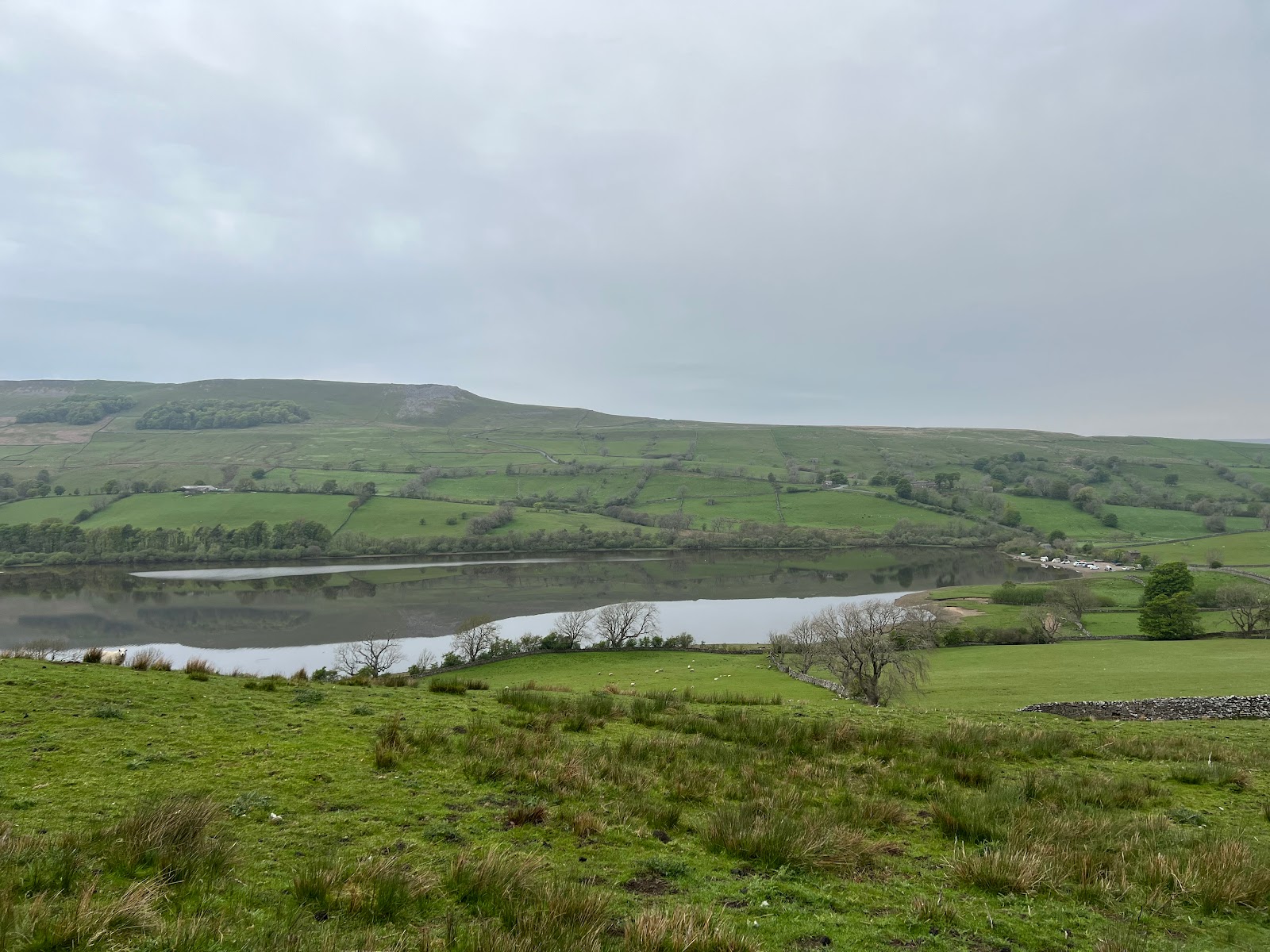 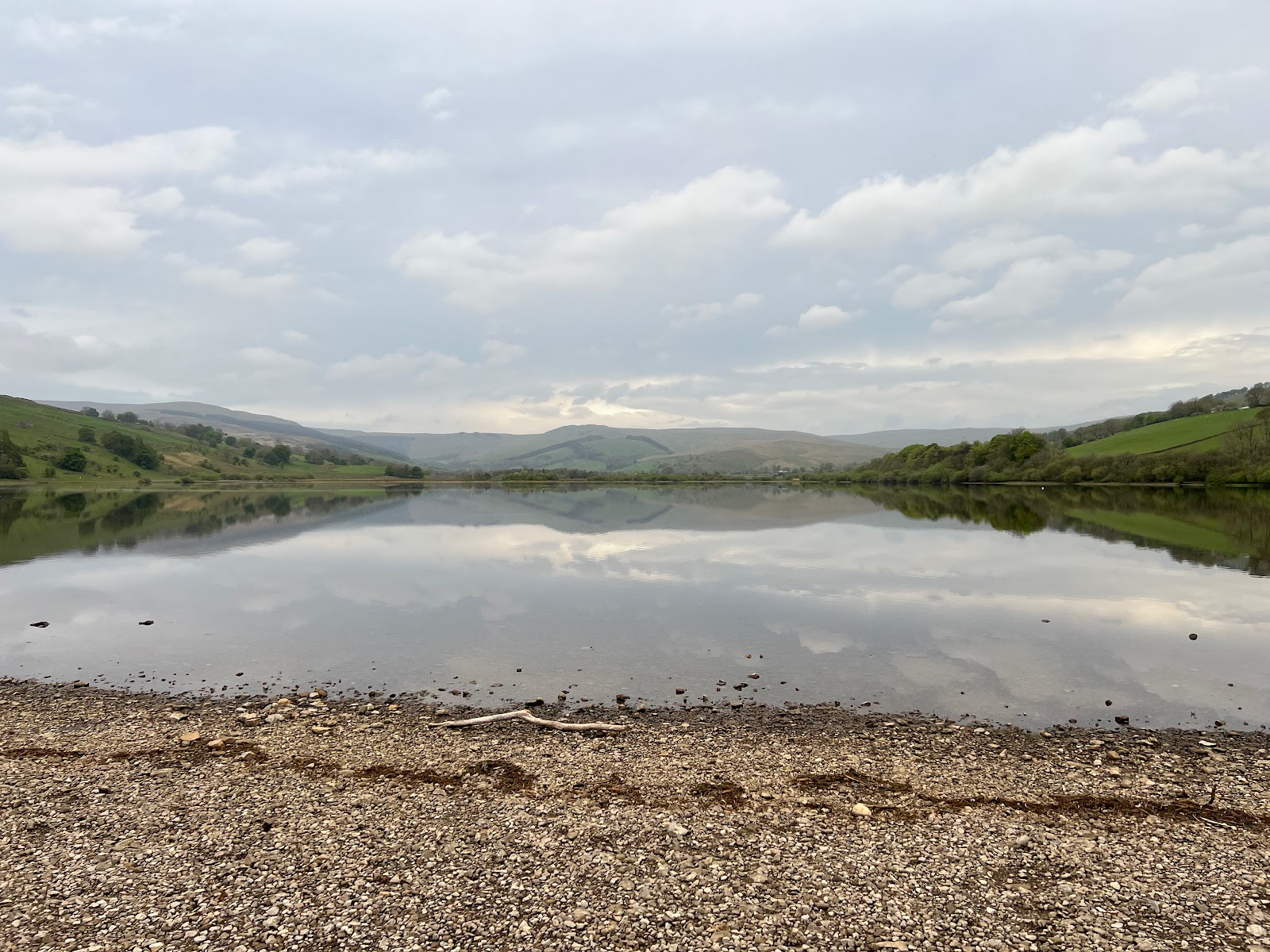