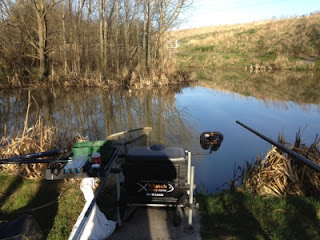 The weather this week had started to improve so I decided to stay local and have another visit to Tees Valley Lakes near Yarm.  The previous session at this venue threw up some great roach and I wanted to bag some more of these silver beauties and hopefully some of the venues carp too.  I arrived at the fishery at 7:30am after cleaning the frost off the car, hoping that a cold overnight snap wouldn't affect the fishing too badly.

I was the only angler fishing so I had the choice of pegs, so decided to fish peg 7 which gave me the point of the island and also open water.  Before I arrived at the venue I decided not to take any rods so it would be a pole only day.

The Set-Up
3 pole lines all at 13-14 metres:
I had heard that chopped worm was working well so I took some casters, red/white maggots and worms.

The Session
Learning from the previous session with John fishing up to the reed was definitely the tactic.  The sun came out but the wind was running down the lake making the pole a tad difficult to hold.  Luckily my swim didn't have any over hanging trees so I fished with a long line between pole float and pole tip to combat the wind moving the pole all over the place.  Starting the session off I cupped in a golf ball size amount of chopped worm in my swims and went for a 10 minute walk around the lake watching quite a few fish topping.

Returning to my peg I started on the swim directly in front of me.  It only took around 10 minutes of lifting and dropping the worm head bait before the first silver fish was in the net.  Topping the swim up with a kinder pot of chopped worm the fish started to come every 10 minutes.  The roach in this fishery are a lovely size and in beautiful condition.

I had dotted the float right down, using some brissle grease to hold the float just above the surface tension of the water as the bites where tiny little dinks. After an hour passed, the float dinked and I hooked a lot better fish which performed some water acrobatics around the reeds, it was clear the fish was a carp.  Shipping back to my top two the fish took a lot of my doubled up middy green elastic and was fighting hard.  With the pole tip under the water, the elastic came shooting back and the fish was gone.

The next couple of fish came to the net and they were foul hooked, so I had to surmise that the previous carp was also foul hooked.  I was fishing a couple of inches over depth, so a quick replumb to fish dead depth soon fixed the foul hooking problem.  The counter was reading 13 fish, which was a mix of roach and small chub as Wayne turned up.  Wayne was looking after the fishery for Alfy and he would also be fishing today and brought his gear down to the next peg along, peg 8.

Bites dropped off, but that could be down to any bankside disturbance.  After a hour my bites came back after switching swims a few times.  Wayne in the meantime was struggling to get any response.

The afternoon was drawing on and my fish were coming and the bag was getting more mixed, roach, chub, a tench, 5 carp and a hybrid roach/bream, but not at the earlier rate of 1 every 10 minutes or so.  I tried to flick casters over the swim to cause a bit of noise and attract the fish in, but nothing.  Around 4pm I decided to call it a day and I had 23 fish on the counter.  Not a bad day, but not as good as the previous visit.

Conclusion
There was plenty of fish topping all around the lake and my decision to only fish long may have been my down fall as I should have set up a short line and a margin line.  Still and enjoyable day with plenty of mixed sport. 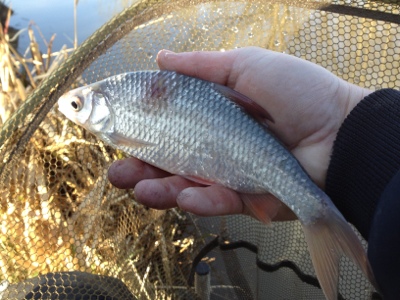 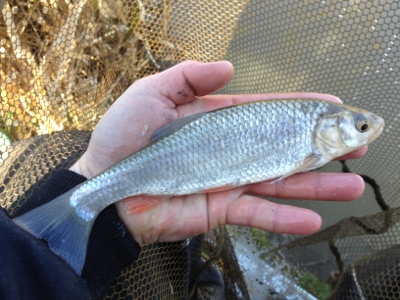 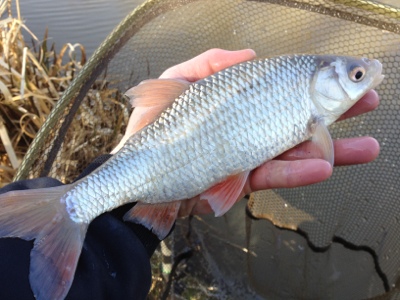 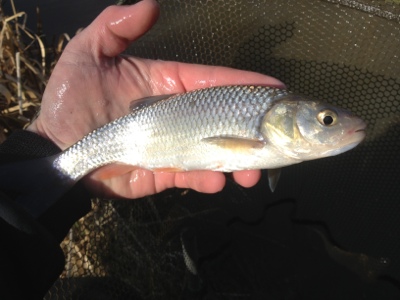 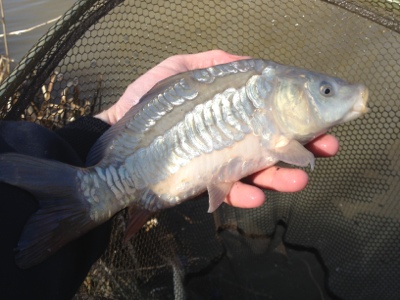 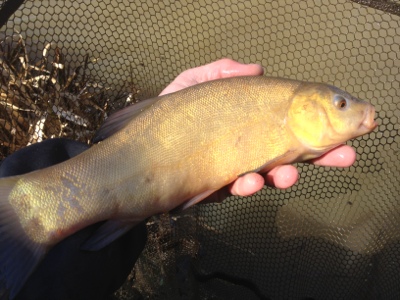 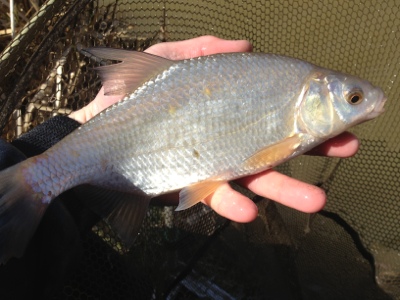 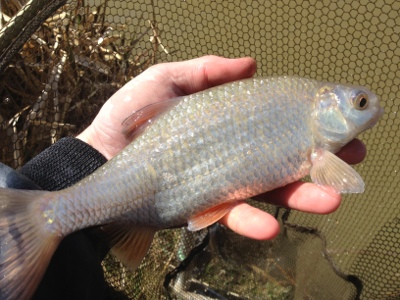 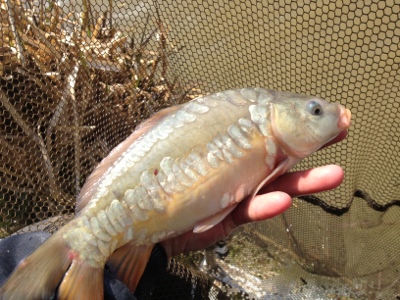 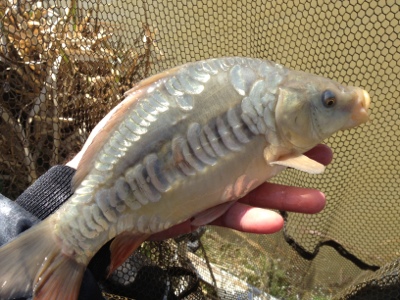