The friday night at the Longshoot was a long night!  Even more people looking quite tired at breakfast the next day.

Another big breakfast was required and it was off to the Glebe for the final day of the pairs.

Heading back to the fishery and my car now full of groundbait would have another small disaster... I almost missed the turn into the Glebe and put the brakes on a little bit too hard.  Result....???  Yep, you guessed it, the groundbait bucket came flying towards me and now covered the front of the car... there was grounbait everywhere, in the back, the front, all over the centre console, in the air vents, on the dashboard, all over me, the seat, everywhere!!!!

Of course my groundbait incident was the source of much amusement to the lads!  It's Audi's new grounndbait interior, Krill special!

There were many people late for the draw that day, again I'll mention no names.... you know who you are...

The Set-Up
I had a good chuck to the far bank so the feeder came back out again.  Pole lines were:
Same bait as the day before, but obviously less groundbait as most of it was all over the car!

The first bite, fish on, white hydro streamed out, happy days I thought, until the elastic (brand new!) broke at the dacron connector!  That'll be fish off then!  I re-rigged as quickly as possible and back in the water.  I was hooking fish, but not as regularly as the lads down the lake.  Both Bob and I were struggling!  Then the heavens opened and we were treated to a torrid downpour for the next couple of hours!

In those hours, again I was chopping and changing between the 5 metre line and the feeder, bringing in fish, but certainly not as quick as the other lads.

I decided to pot in some grounbait on the 5 metre line when the bites died off and I started to get some good sized skimmers with corn as the hookbait.

The rain subsided and the sun came out helping to dry us out.  I was just sat there thinking, groundbait all over the car, wet gear equals great combination!  The Polish lads who clean cars near me are going to have "fun" cleaning this lot up!

Bob and I were having a laugh together.  My margins produced large skimmers and one carp around 8lb.

The all-out sounded, time to pack up!

The Result
48lb and last in section again!  Oh dear, not good results for me.

Conclusion
Bob managed 98lb of late fish from the margin, doubling my weigh, Paul a few pegs down had 166lb (from memory).  Jads had close to 200lb of fish!

A great couple of days with the MFS boys.  Crap fishing for me, but hey, it's all about the craic and there was plenty of that to be had!  Roll on next year lads.

A BIG thanks to Hillbilly floats for Neil's sponsorship of the event, Andy and Sarah Kinder and of course Roy Marlow for the use of his fishery. 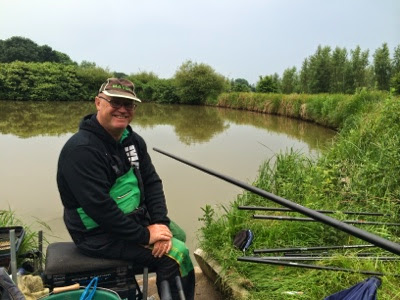 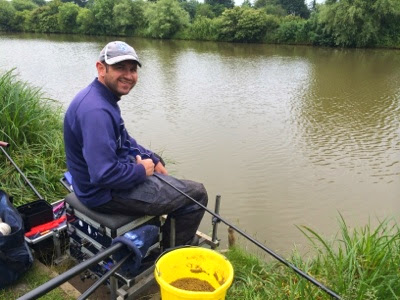 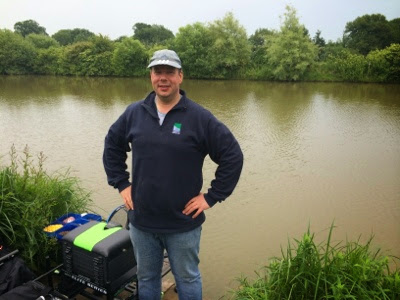 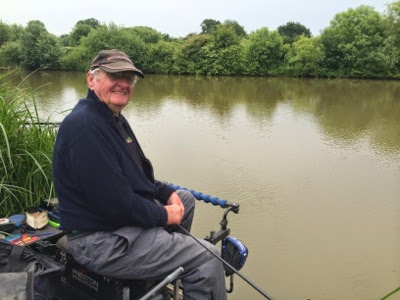 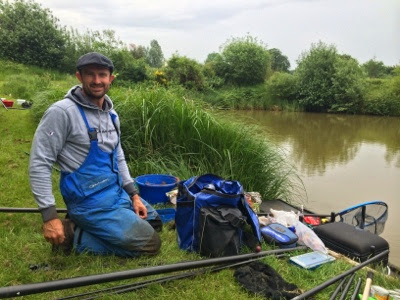