October 05, 2014
Day 2 and I would be on the match lake at Larford.  The nights events for me were uneventful as I was cream crackered and went to bed at a reasonable hour, that was after an "all-you-can-eat" indian buffet at the hotel.  It was clear that a few people didn't have such an uneventful night, for example, Calum Craig, aka Maver Calum.  He didn't look well and almost missed the draw.

The All-In
As the previous day, I cupped in some pellets and corn on the 13 metre line and went straight out on the method.  For a change I didn't have to wait long for a fish with the tip wrapping round and an angry F1 in the net.  Recasting and another fish on, at the same time, Ian on my left was into a big fish.  My fish was a small skimmer, Ian's on the other hand was a 10lb common.

Disaster hit Ian as he landed the fish and cupped it in-between his knees the landing net ripped and the fish went straight back into the water, never to be seen again... "things can only get better" I could hear Barry saying in my mind.  that fish would cost Ian at the end of the match.

After a couple of hours I had about 25lb in the net and the lads on the other match had changed tactics to the feeder where we were catching.  This lead to a prolonged period of no fish...

Trying the 13 metre line with banded 6mm pellet I was bringing in some small skimmers.  Ian was also catching on his pole line, it was becoming a fish race between us both as the other lads in our section were doing it tough.

I switched to an 8mm banded pellet and started to hook carp on the pole line.  I managed a few fish from this line before it was time to try the margins.  I was a bit reluctant to come off the 13 metre line but I knew that some larger fish would be here.

I wasn't wrong... I had a couple of foul hooked fish on the left margin but managed to bring in 3 fish from the right margin.  I lost one large fish after playing it for some time, a large mirror.  I'd landed a fish just before the all-out and was re-baiting as the whistle sounded... had I done enough?  It was going to be tight in the race with Ian.

Result
54lb 8oz and the section win, just beating Ian on the peg next to me by 2lb. 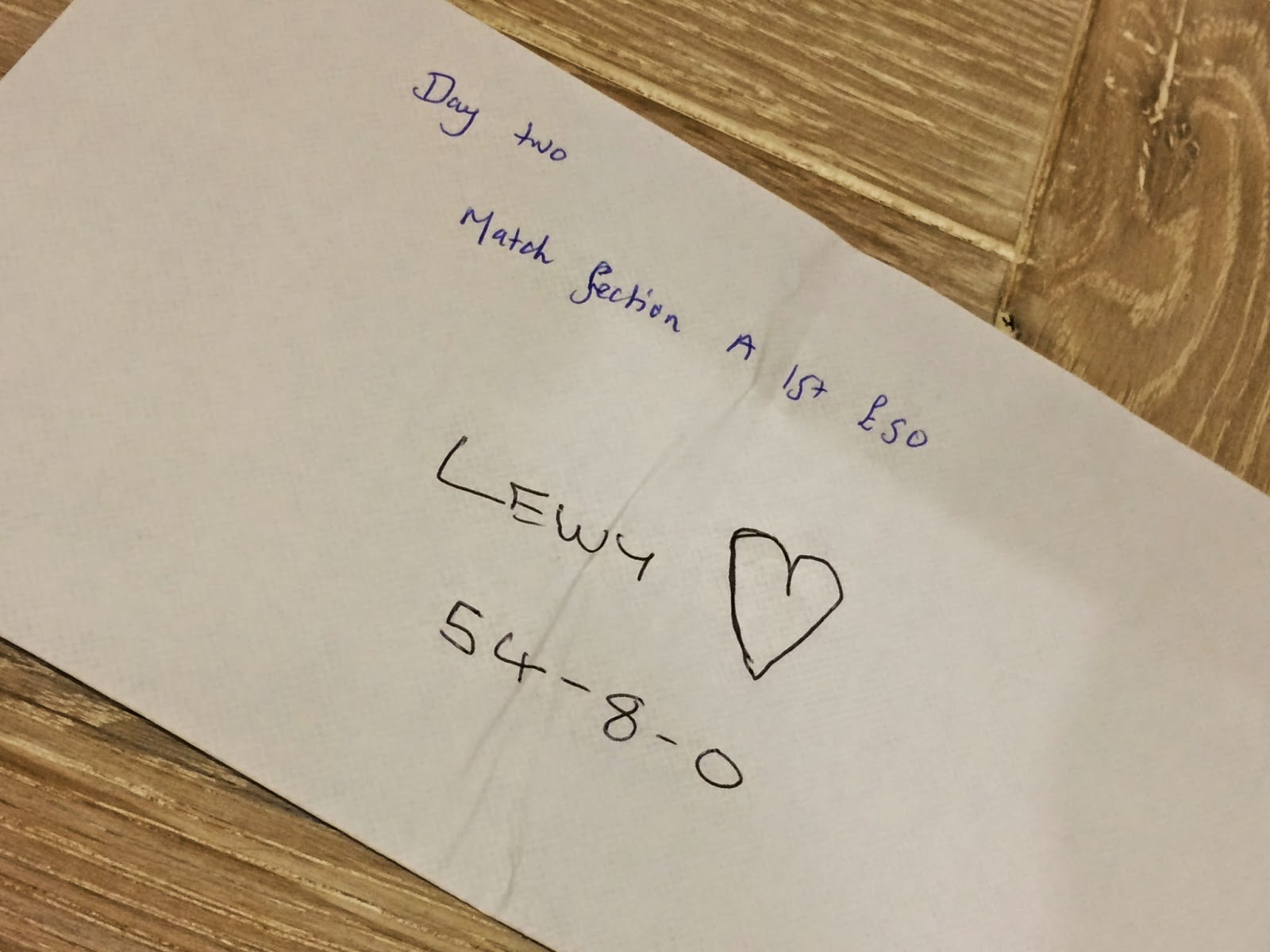 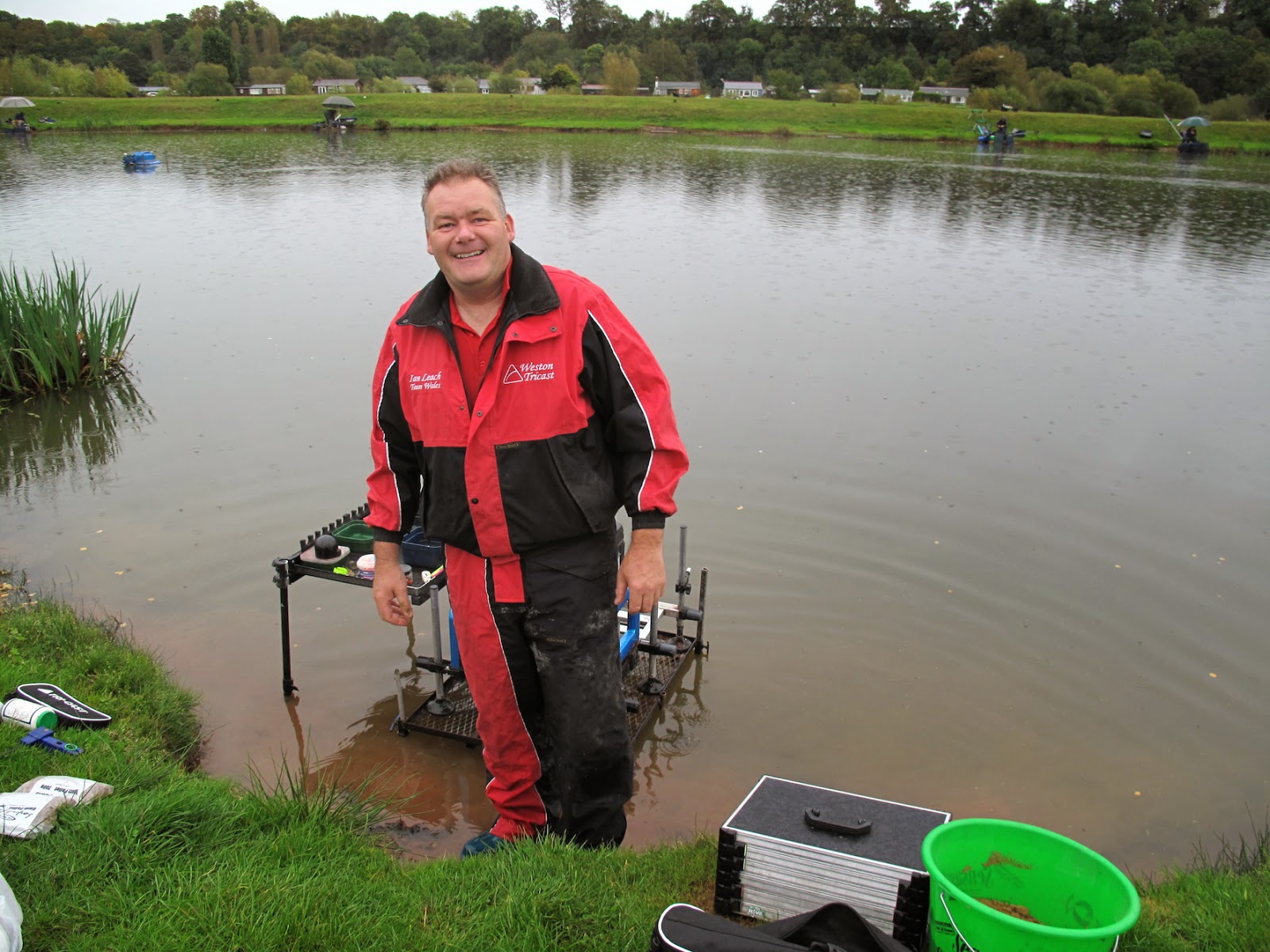 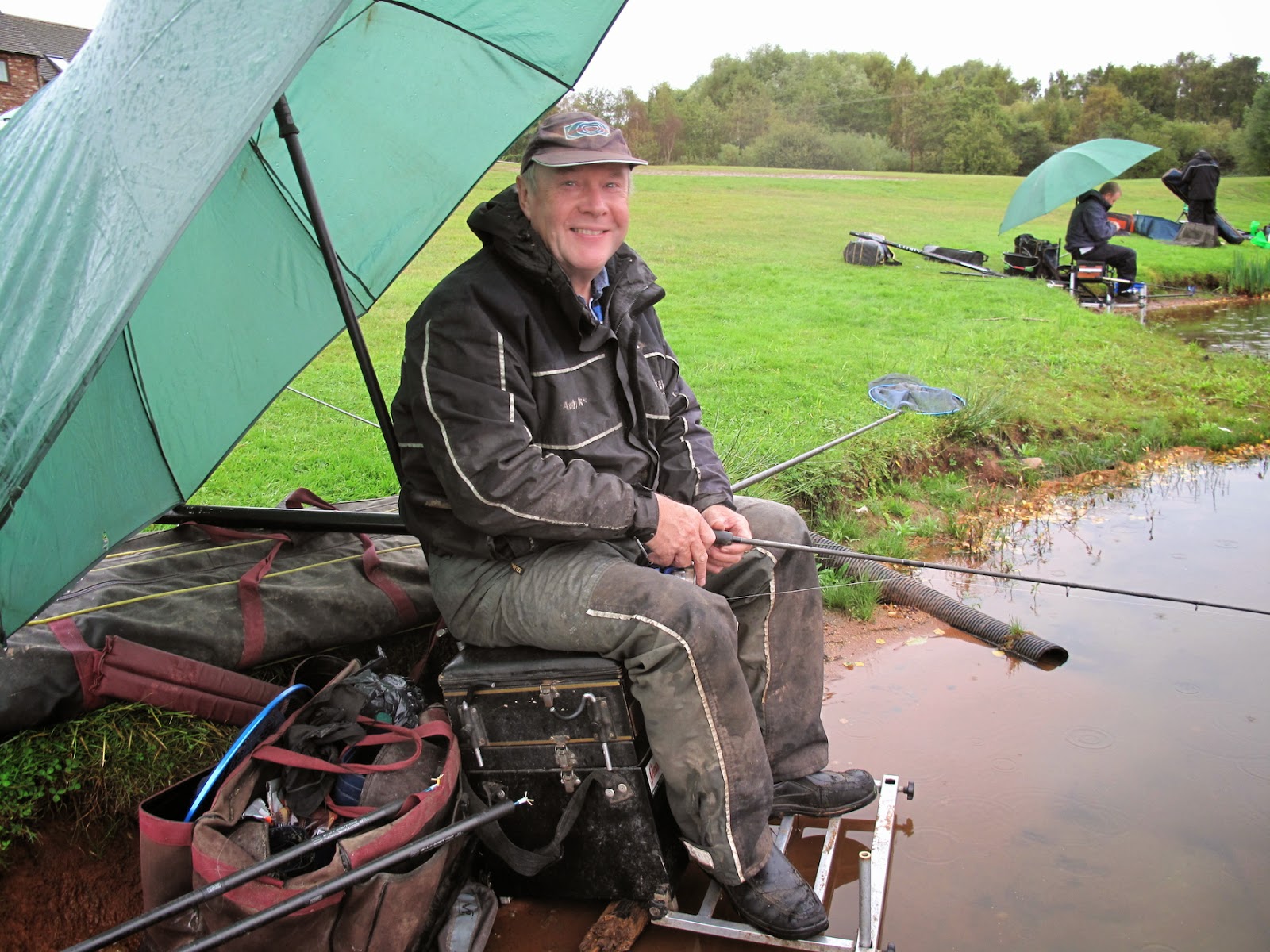 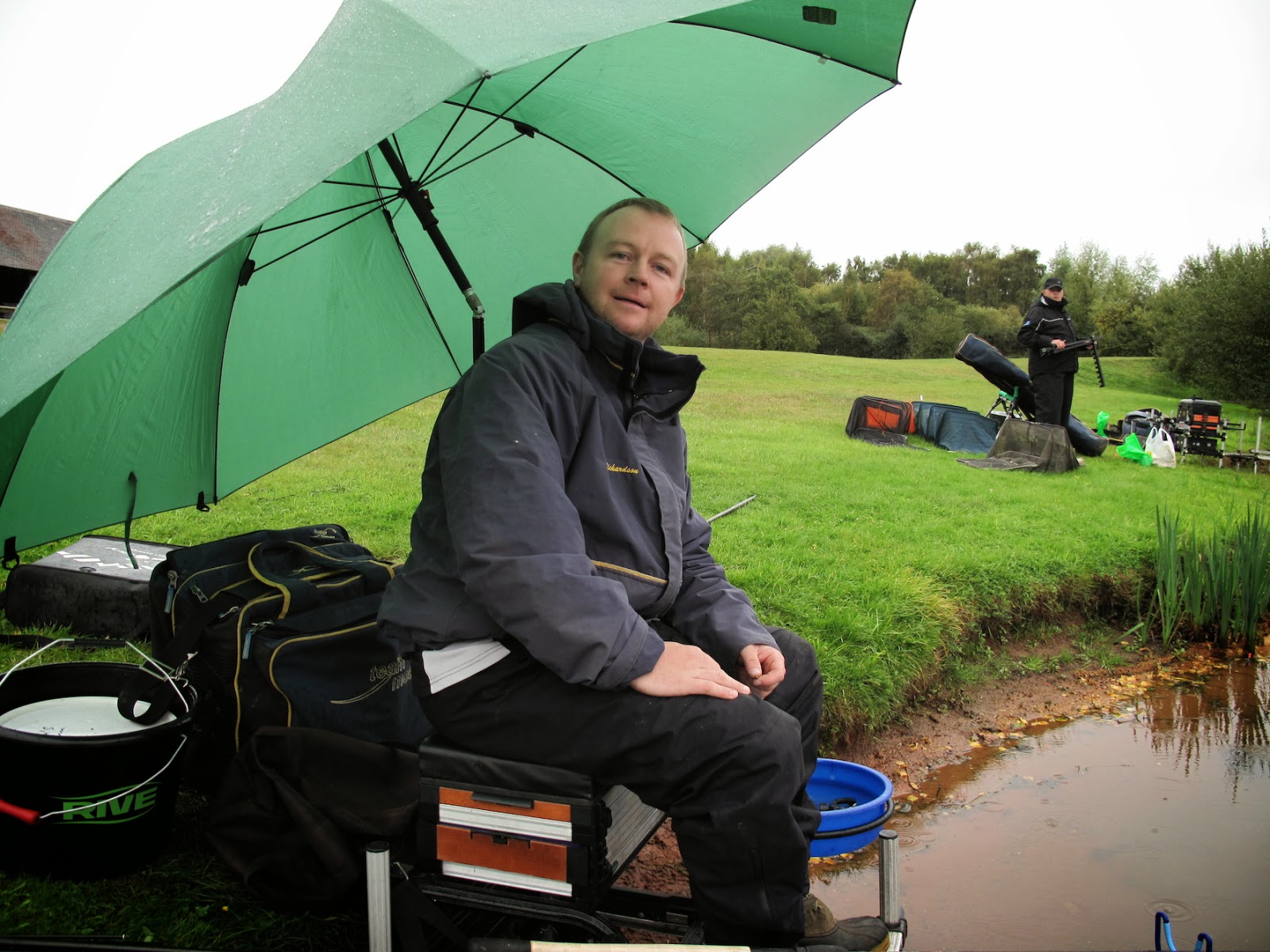 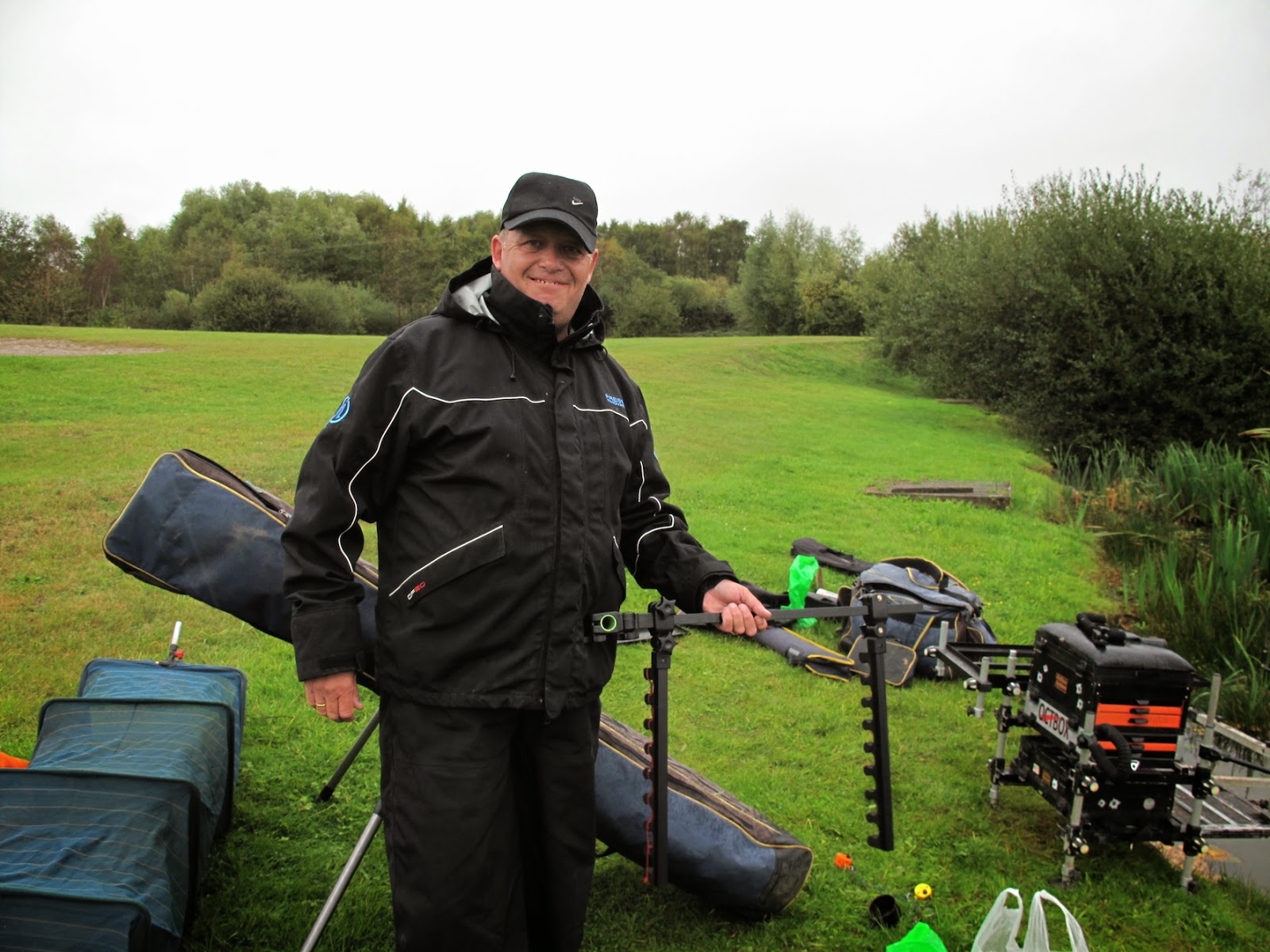