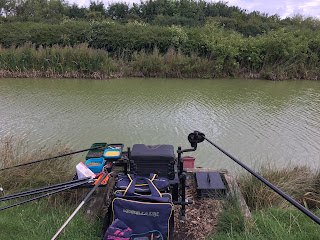 Neil (NS69) has organised a match at Lawn Farm Fisheries in Elsworth near Cambridge, its a place I've fished quite a times with some good results.  Today we would be fishing the snake lake, Honeysuckle.

Most of the lads could be found at the normal meeting place of McDonalds down the road for breakfast.

Set-Up
Pole only today and it was the first outing for my new Tricast Excellence Pro.  The pole lines for the day were:

As I'd just come back from holiday I didn't have any time to organise any bait so I brought 6mm and micro pellets, sweetcorn and some dead red maggots.

All-In
The match plan was to fish across, kinder potting in some corn or pellets topped off with micro's and fish corn on the hook.

The all-in was called and I shipped over, cupping in and the float went immediately, fish on!  I had some Nick Gilbert white elastic in the top kit which proved to be a little too stretchy for the fish in this lake as 15 minutes I finally netted the fish much to the amusement of Neil next door.

"Is that the same fish Lewy?"... of course it was ;-)  So a quick change of top kits to some NG Black elastic soon sorted that little problem out.  The first hour was a bounty of fish from the far bank.  I had a couple of foul hookers, so cut out the feed however it took longer for the bite and fish.

The wind had got stronger and it was proving difficult to present the rig at 14 metres so I changed to the close in line, feeding some pellets by hand.  Again I didn't have to wait long and a my largest fish came to the net after a bit of a tussle.  I took a few more fish from this line although they weren't coming at the rate the far line was producing earlier.

As the wind dropped I would go back on the long line to keep the fish coming and I also added more line to the rig to help combat the wind.

I fished between my short line and long line for most of the match.  At 2:30pm I had a look in my margin line that I'd been feeding by hand with pellets as I saw a couple of tails in there.  Two fish hooked, one in the net.

I hooked my final fish a few minutes before the all-out.

Result
112lb for a Lake second.  One of my nets went to 53lb and was knocked back to 50lb, luckily it didn't affect the result for me.  Plus I got a golden nugget from Neil ;-)

Well done to Neil for a cracking 162lb and the win!

Conclusion
Happy with my match and I think my peg given all the space I had certainly made the difference particularly as Neilo on the other end peg had a massive weight.

The wind proved difficult so adding more line to my rig helped to combat that problem.  Kinder potting was the way to fish giving me accuracy on the far bank and the fish where coming to the bait with tails showing in the shallow water.

It was a day for keeping things simple, corn and pellets with corn always on the hook.  The dead red maggots went in the margin swim at the end of the match.  I didn't mix any groundbait either so it was very interesting to hear that Neilo match was mainly maggot over groundbait in the margin!

Thanks for running the match Neil, shame there wasn't a silvers pot eh? ;-) 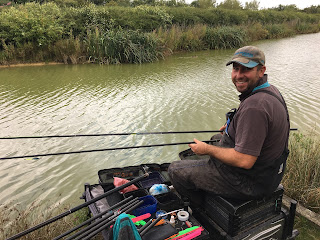 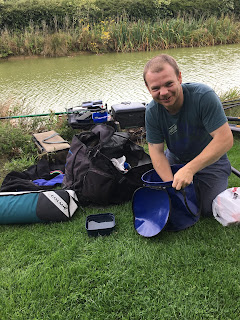 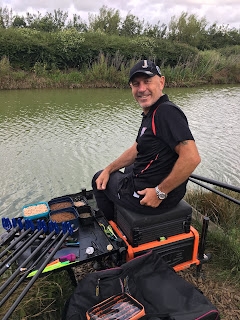 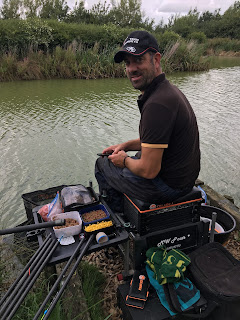 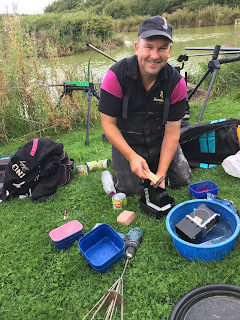 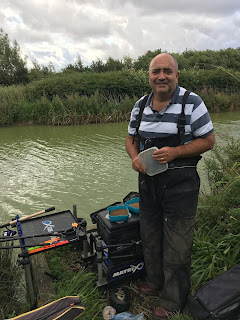 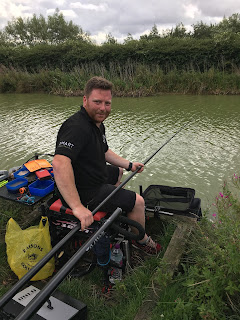 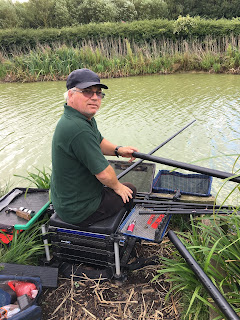 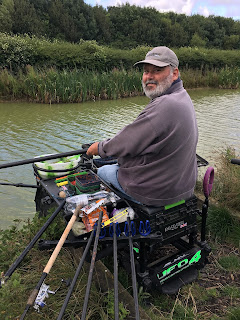 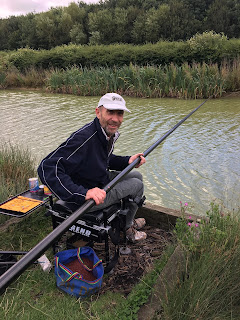 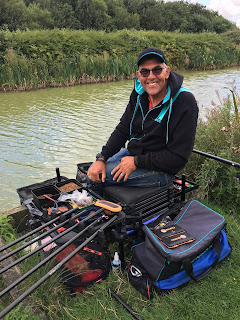 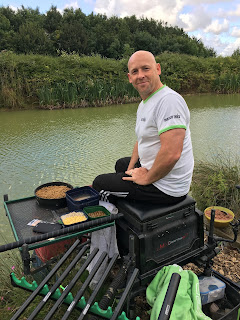