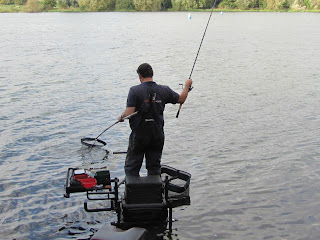 I'm very lucky to have another masterclass with Bob Nudd.  Big thanks to the good lady who bought me this surprise present.  This would be my second time out with Bob.

Bob called me well in advance to discuss what I'd like to do for the day.  First option was going to be a river somewhere as I tend to mainly fish commercial venues my other option was to learn to fish a big natural water fishing at distance using braid for big bream.

So the day was set and the location agreed upon was Gunwade Lake, Ferry Meadows in Peterborough.

I called my fishing buddy Mark up to see if he wanted to come along too which was very timely as he'd just had a day with Bob and his father in-law.

We met Bob in the car park and took our gear down to Pegs 39 and 40 so not too long a walk.

I'd lent Mark my 12 foot Hardy Marksman Extreme feeder with a Daiwa TDR 4012A however I thought I'd loaded this reel with braid but I'd loaded it with mono instead which would have an impact on the day, sorry matey!

Set Up - Terminal Tackle
I was using a 8lb shock leader and the paternoster rig that Bob showed us both was extremely simple.  We would be using 50gram Browning Window Feeders that Bob invented around 8-9 years again something that I've never used before.  Here is a video explaining the merits of the window feeder and a video of the setup.

The only hook lengths I had were barbless hooks however Bob recommended we should use barbed hooks where allowed.  The hook length was a metre long.

Bait
Worms that would be chopped, sweetcorn that was grated and chopped, casters, dead and live red maggots.  The worms, sweetcorn, dead reds and casters would be going into the window feeder and the groundbait used to cap it off.

Bob has also mixed up the groundbait for us which was Van Den Eynde Gold Pro Bream mixed with some Turbo Black.

Two excellent tips on bait:
Where to fish?
Before we started the session I cast a heavy bomb in front of us at around about 50 metres/61 turns on the reel which was an easy cast with the 50g Window Feeder when loaded with bait.  We had a few casts and feel about with the bomb to make sure there wasn't any snags in the area and clipped up.

Why 50 metres?  Well it was a good distance out and the water was extremely clear.  The cast wouldn't be too difficult given the rod, reel, braid and rig so we were looking for a place that we could accurately cast to on the day given the wind conditions.

As Bob says, never sit on a bad cast so I didn't want too many and felt this was a comfortable distance for me.

The Session
To kick off the swim off I made 5 quick casts with the feeder and then settled into fishing.

Fishing with any top class angler its the small tips that really make the difference for example, we started fishing with 3 dead red maggots all hooked by the tip on a size 14 hook leaving a lot of the hook showing.  A small change to improve your hook up rate.

Next part of the masterclass was casting, settling the rig and pulling it into the feed area.  The rig we set up a fixed paternoster is pretty much tangle free however you have to make sure you hit your line clip.  Once the clip was hit, keeping the rod high to see when the feeder had hit the bottom and keeping a watch for bites straight away as the hooklength is falling through the water.  Normally any bites during this phase would be from roach or hybrids taking the bait on the drop.

The next phase of the cast was to bring the rod down to the rod rest and on your knee still maintaining a bend in the quiver tip watching for bites all the time and then to tighten up to the feeder.

Once the rod is settled, leaving the rig for a few minutes before slowly lifting the rod and pulling back around a metre or the length of the hook length and then resettling the rod.

If after around 5 minutes, no bites time to recast and repeat the process.  A lot easier to do it with instruction than to actually write it down!

So, back to the fishing and after starting the swim off and going through the casting process Bob with his eagle eyes spotted a bite that I had totally missed.  Retrieving the rig the maggots had been nipped.  After a few more casts no bites until Mark next door had called over he'd had a bite with two live maggots.  A quick switch of bait and a new cast the tip settled and then quickly dropped back and into my first fish.

Braid certainly has a lot more feel than monofilament and I could feel every pull and twist from the big bream at the end of the line.  Hearing the noise of the leader knot moving through the rod rings and a beautiful bream of 5-6lb graced the net.  I was overjoyed!

A few more casts and another drop back bite resulted in an even bigger fish estimated around 7lb which would be my new personal best however it wasn't weighed separately.

After a run of three fish disaster struck as I was retrieving the rig it got caught up on some zebra mussels and the shock leader was cut clean through.  Re-tackling Bob suggested that we go out an extra turn of the reel to allow the feeder and any fish hooked a bit more room to lift over the "snag".

The next hour was very quiet so we tried changing the hook bait to a worm tipped with maggot or back onto dead red maggot.  Bob commented that he was very surprised we weren't getting pestered by any smaller fish when using double live maggot.

Finally the tip nudged slightly and lifting into the bite another good fish was on.  During the retrieve I felt the rig catch the zebra mussels and then everything went slack.  This time the hooklength had been cut.  To try and clear the snag next time I would get a bite or retrieve the rig I'd stand up to provide a little extra height.

The day zoomed by.  I had a total of 10 bites all day however landed 8 fish for around 25lb.  Mark had 4 fish next door which we think was due to using monofilament rather than braid as all my bites were more like roach bites according to Bob.

A great day with Bob, he is a true gent has vast amounts of knowledge and likes to have a good laugh too, book a day with him at BobNudd.com you won't regret it!

Conclusion - What I learnt...
More Pictures... 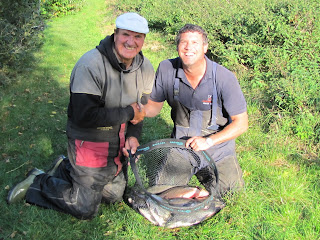 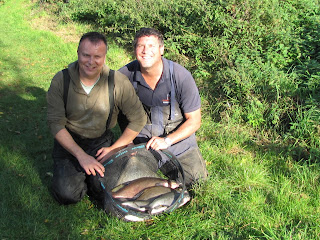 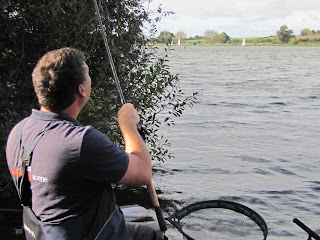 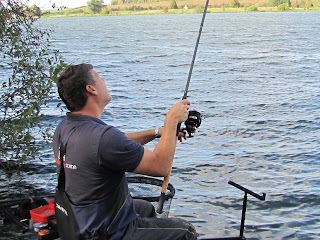 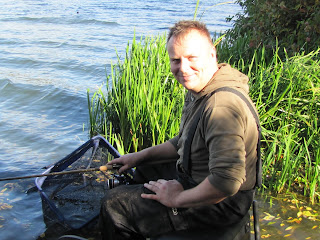 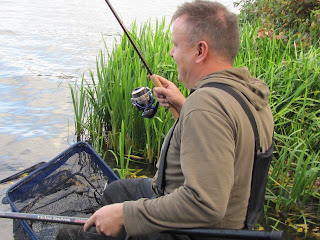 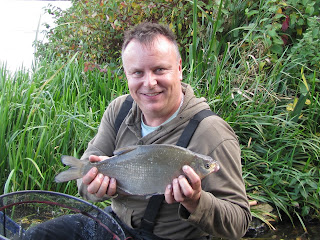 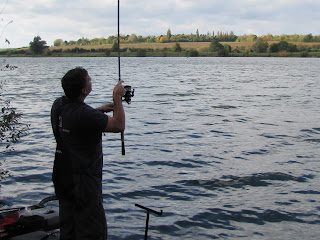 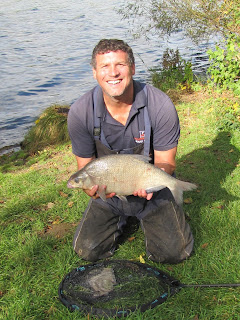 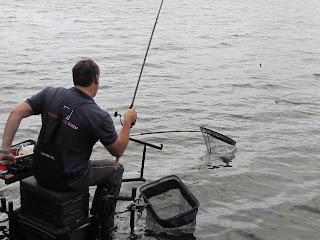 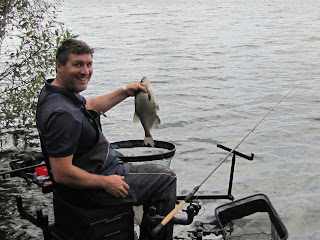