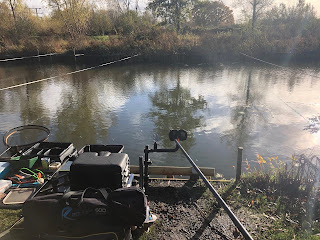 Sunday's match at another new venue to me, Kings Pond between Badshot Lea big and little ponds. Sunday was almost a washout for me, literally. The weather on Saturday night was horrendous. Sunday morning greeted me with a semi flooded back garden, with our neighbours garden looking like a swimming pool so I sent a text to the match organiser saying I was going to give today a miss. I can hear the calls of fair weather fisherman now!

I grabbed a coffee and the rain stopped. A quick check on the weather app and it was predicting a beautiful sunny day, so I finished loading the car and called Richard, our MO to tell him I was on my way.

I turned up at the fishery, a car park that I'd not been to before 5 minutes late for the draw however everyone had waited for me. Thanks guys!

The Draw
Peg 12 with Tommy as one of my neighbours, again! The other side of me, Richard. With the exception of the end pegs to my right, all the pegs looked pretty even in that they had some lily pads to go at and were all about 19 metres wide.

Set-Up
The far bank was certainly asking for either a feeder, bomb or waggler. After a quick chat with Tommy I decided the waggler rod needed an airing.

My initial pole line was a simple top two and two targeting the lily pad to my right.

Learning from last week and the clear water, my bait this week was dark sweet F1 mix, with black micro pellets, dead maggot and casters together with the obligatory tin of corn.

All-In
Negative feeding was the order of the day in my thoughts. So I put one small ball of groundbait with some caster and a nugget of micro pellets on the lily pad line. The waggler line would be fed by catapult.

Fishing the waggler rod for the first hour I managed to put three small perch in the net, however the lads around me where catching regularly with Knobby on the left hand end peg snaring some nice Perch and Richard to my right also landing a large Perch too together with plenty of silvers on their short lines. This made me switch to my short line too, however I spent a fruitless hour watching a dormant float not moving at all, so it was back to the waggler line.

Some of the guys had fed chopped worm, something that I had not brought with me and I was double guessing myself whether or not going down the fishmeal groundbait and micro pellets was the right decision. I had to make a change to try and make something work so I grabbed a new rig, extended the pole to 16 metres and attempted to fish a rig to the lily pads on the far bank. Now the wind was at times dead calm and other times quite gusty so it made working with a 16 metre pole quite hardword.

Richard did mention to me that I hadn't settled into the match at all and in my head I most definitely hadn't and felt I was dead last on the lake.

I decided to try to force the peg, something that doesn't normally work and shows signs of desperation however this "forcing" would be a bit different. Four balls of neat groundbait went onto the short lily pad line with two hours of the match remaining. I continued on the waggler which was finally starting to produce some fish that included two tench and a large roach hybrid. 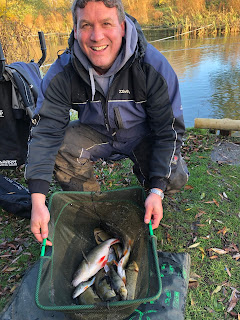 The final hour and dropping on the pole line it took a while but finally there was a positive dink on the float, the result being a larger tench. Taking some more silvers from the lily line until the last 5 minutes of the match and another dink, fish on however the elastic, while stretched wasn't acting in the right manner and it was clear the fish was hooked in the tail! Finally I could see a large Perch foul hooked and I missed netting it on the first attempt but eventually I netted it, together with much moaning from the Tommy and Richard and that was it, all-out.

Conclusion
Well I was certainly shocked at the win especially as I felt pretty much defeated around lunchtime.

Forcing the peg with plenty of sweet groundbait but with no loose offerings certainly helped me with the larger fish and the final perch was extremely lucky. Kings Pond is well known for its large bags of fish and is a big hit with the kids as there are plenty of fish to go at.

Deciding that I need to make a change at going to 16 metres didn't help at all, so eventually it was the starting setup of the waggler and the forced lily pad line that won me the match. The match that I very nearly didn't turn up too! 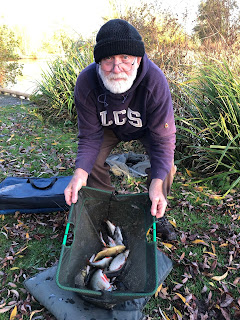 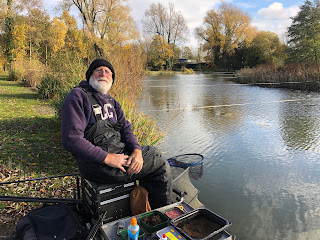 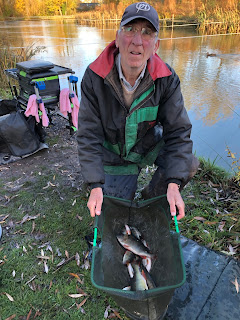 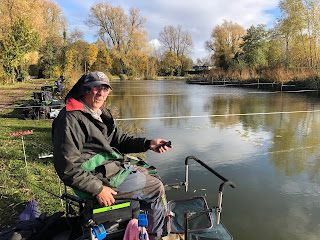 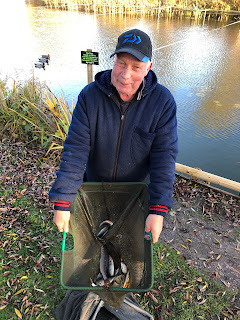 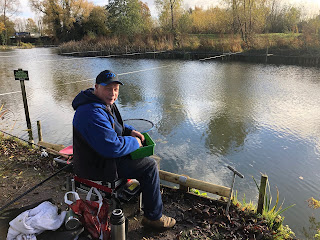 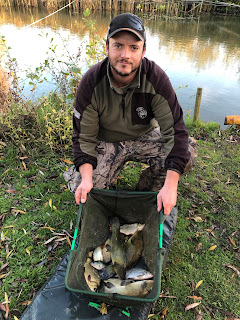 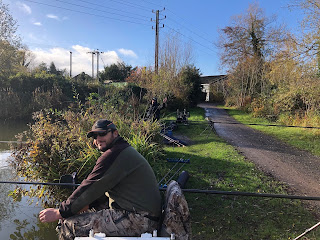 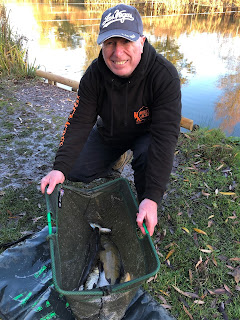 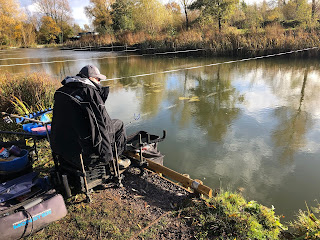 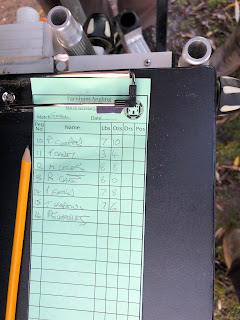