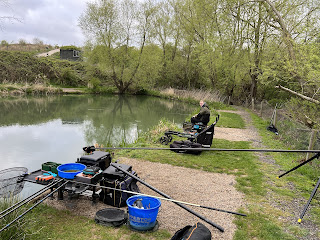 Back to Tees Valley Lake for myself and Jack.  Unfortunately Patricks good lady was suffering from overindulging the night before and he was playing nurse.
So we've now got Jack kitted out with rod, reel and all the terminal tackle he needs for a waggler session including purchasing a new Guru whip.
The Draw
Arriving at Yarm Lake, I decided that we should fish pegs 5, 6 and 7.  Jack on 5, me on 6 and Patrick would have been on 7.
Peg 5 was ideal for Jack, plenty of open water to cast to and he'd been there before in February so it would be familiar.

Set-up
We had set the waggler rod up a few days before going through the different knots and how to get all the gear onto the line.  A 2g Drennan Visiwag No.2 was selected and we'd put some shot on the line previously.
A lesson in plumbing the depth and Jack was away with his share of the bait, a pint of red and white maggots.  I'd kept the casters back for the moment.
My plan for Peg 6 was to fish across just up the shelf on the pole.
Bait was maggots and casters plus I'd knocked up some F1 dark groundbait.

The Session
Jack was into fish straight from the off and he was soon getting the hang of the disgorger after a couple of lessons.  He started to introduce bait via the catapult slowly and it was clear that the fish were up in the water so we quickly shallowed his rig by half and off he went.
Jack was a fish catching machine and he quickly clicked 20 fish on the clicker all while I was still setting up.
So my session I decided to try something a bit different to see if I could catch some more quality fish.  I cupped in two balls of loose ground bait on my line across.  The groundbait had very few loose offerings to try and concentrate the fish on my hook bait.
Dropping in the rig and it buried bringing a nice skimmer to the net which was quickly followed by a couple of chunky carp and a tench.  The rig was dancing around and the next few skimmers where foul hooked so it was clear that the fish where over the groundbait but not feeding on the bottom.
Shallowing the rig by a couple of inches connected me with the fish properly.
Disaster for me, another fish hooked and it was slightly larger took me straight into the reed on the far bank and I had to pull for a break.  The rig lost and the float was still visible so it was clear that the fish was not snagged up.
A new rig out of the box and the fishing resumed however I hooked a flying skimmer which flew straight into the reeds on the far bank and yep, you guessed it, snagged me up again.  Pulled for a break and the line went, the float rose up and sat right next to the other float...
Jack was bagging now and he asked if I had any casters, which I did have, so we shared them out and he started to ping casters on his line.  He was about 20 fish ahead by our clickers at this time.
I set up a third rig and changed to a stronger elastic (8-10) to try and stop the fish from getting in the reeds across which worked a treat.
Jack decided to try the whip, so we quickly set it up with the rig that Guru supplied and again Jack was into fish straight away especially as he'd been dripping casters in on that line earlier.
The fishing was so frantic at one point the float barely had time to settle before a fish was on.
We both fished the same margin swim, Jack with the waggler and me with the pole.  It was amazing the amount of fish at our feet too...
I had a blast on the whip too which is great fun as you are so connected to fish you feel everything it is doing.
A wise fisherman once said, "be careful you don't fall to the whips charms..."  well said Foxy!
We decided to end the day around 2pm as the fishing died off pretty quickly, I quickly retrieved one of the floats from across the island.

Result
Well, the result were in, Jack had 93 fish on his clicker to my 65.  Great angling Jack!

Conclusion
Another amazing day at Tees Valley Lake.  Jacks angling mind and skills are really coming on.
My groundbait line certainly brought in a better stamp of fish however the pace at which the fish were being caught shallow simply could not compete!
Great to see the owner at the lake today who mentioned that the silvers had really come on in the last year.  That is an understatement, the lake is rammed with quality silvers.  A great session for us both!
The Guru whip is amazing value for money and really fun to fish with at £15 every angler should have one in there holdall just in case!
Next stop something completely wild, Lake Semerwater in North Yorkshire and some feeder fishing. 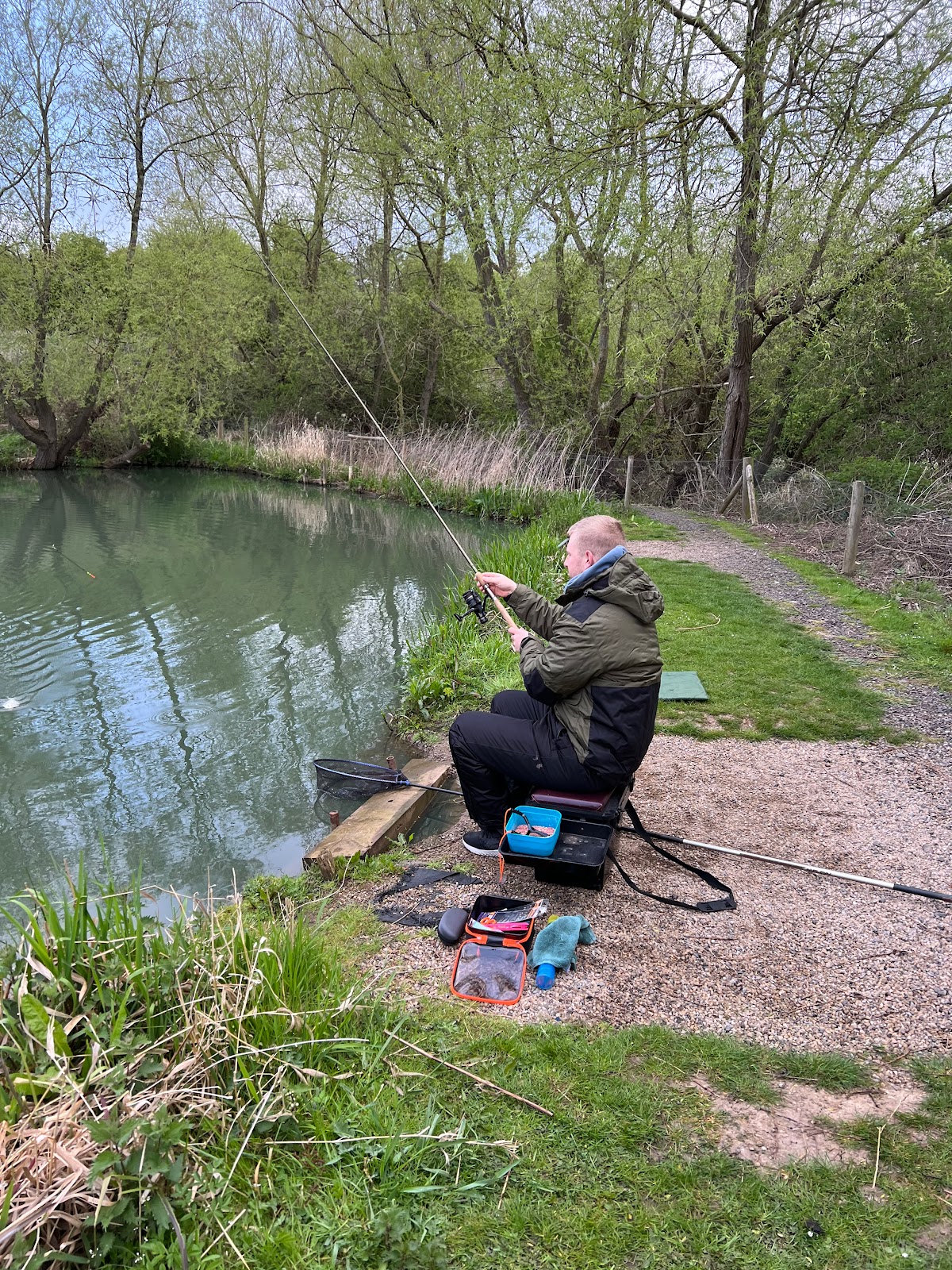 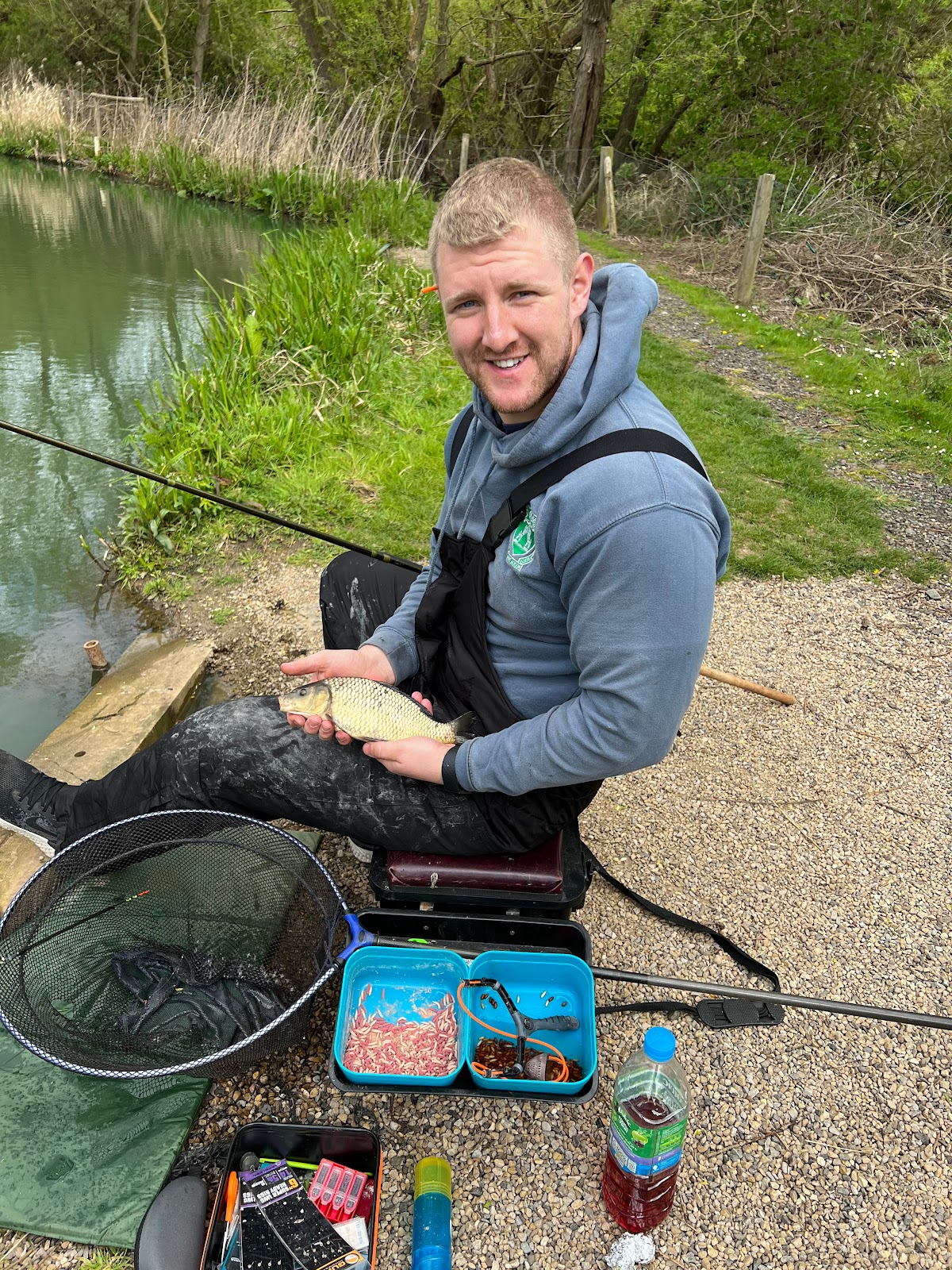 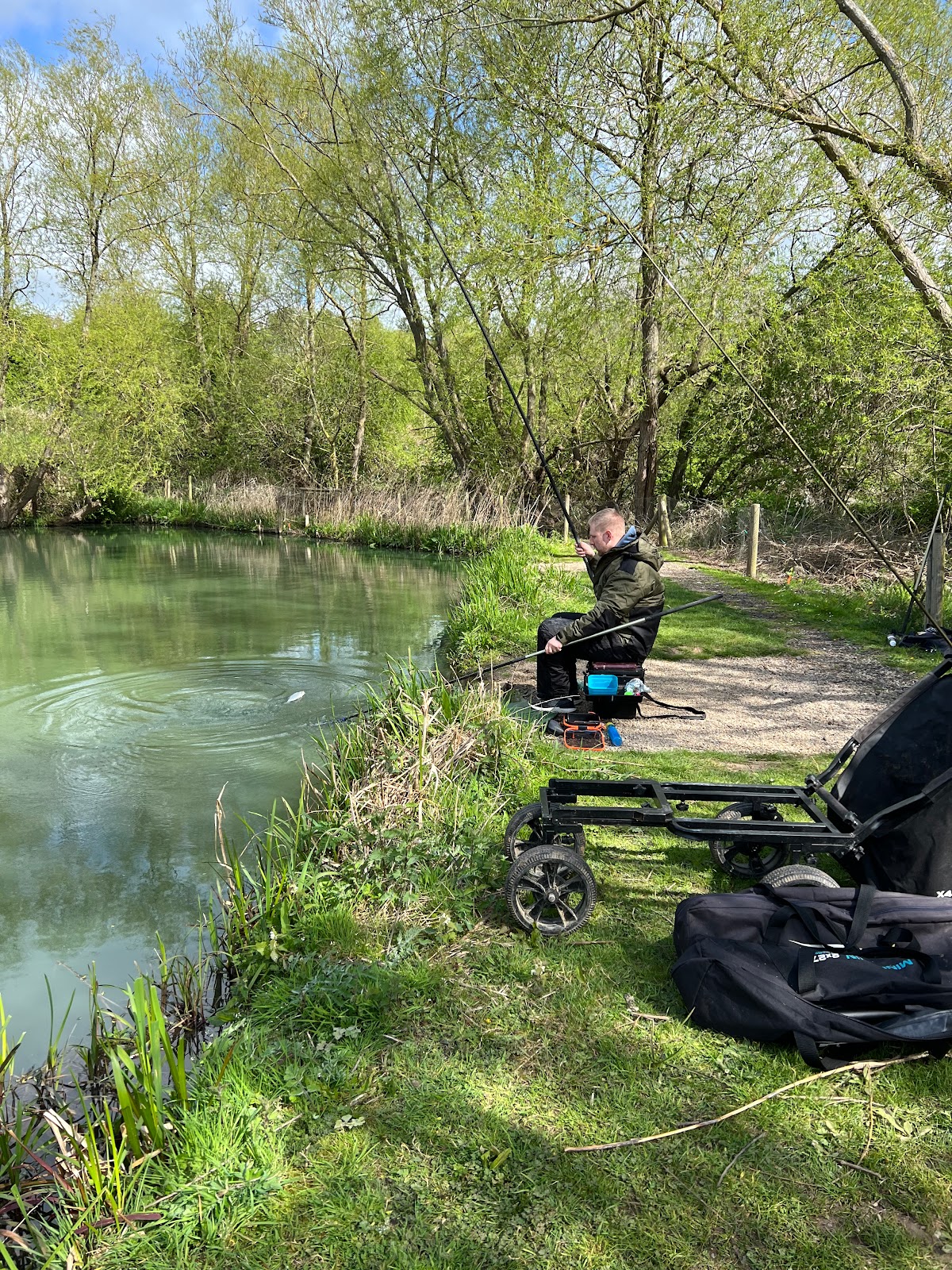 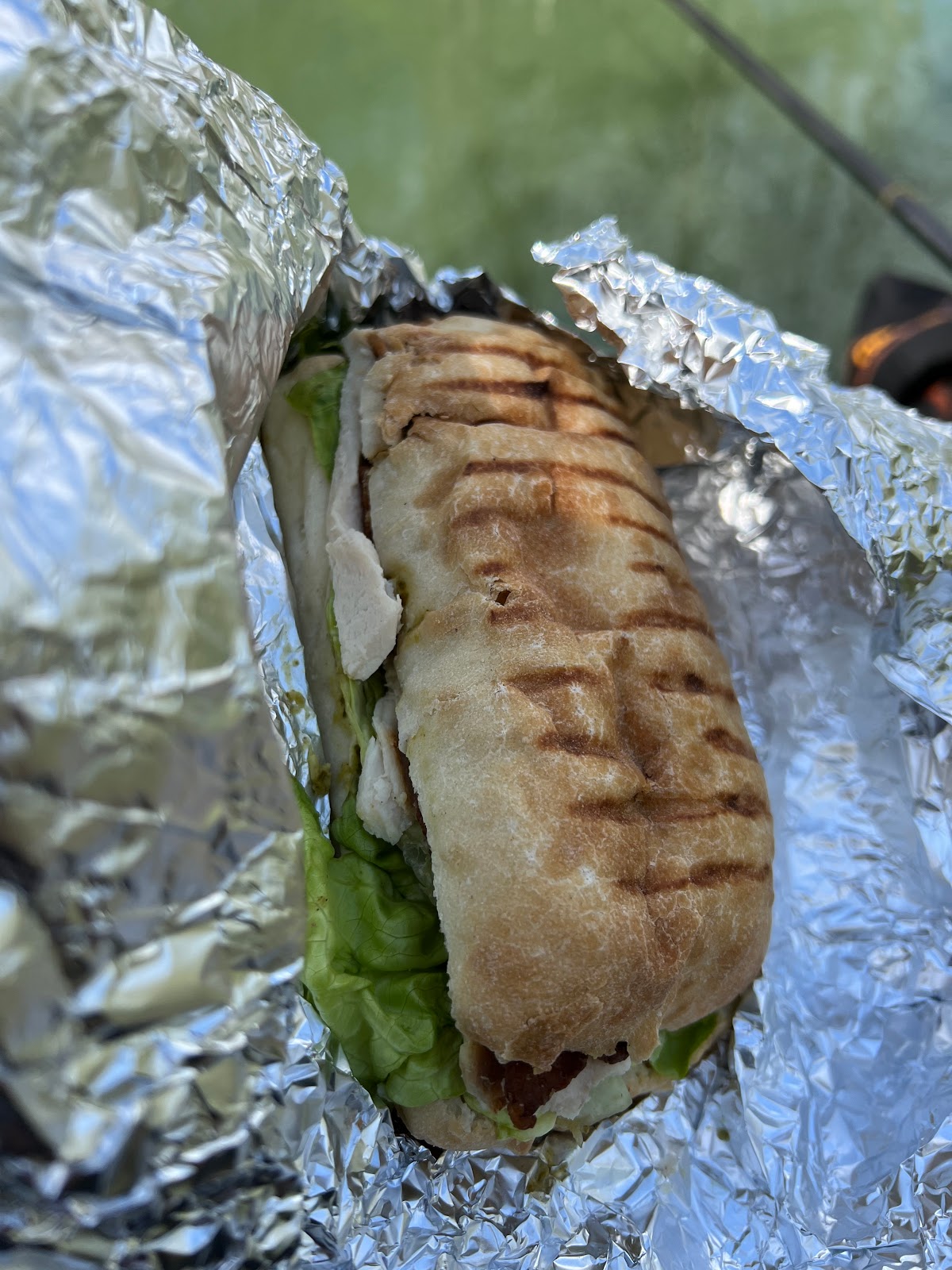 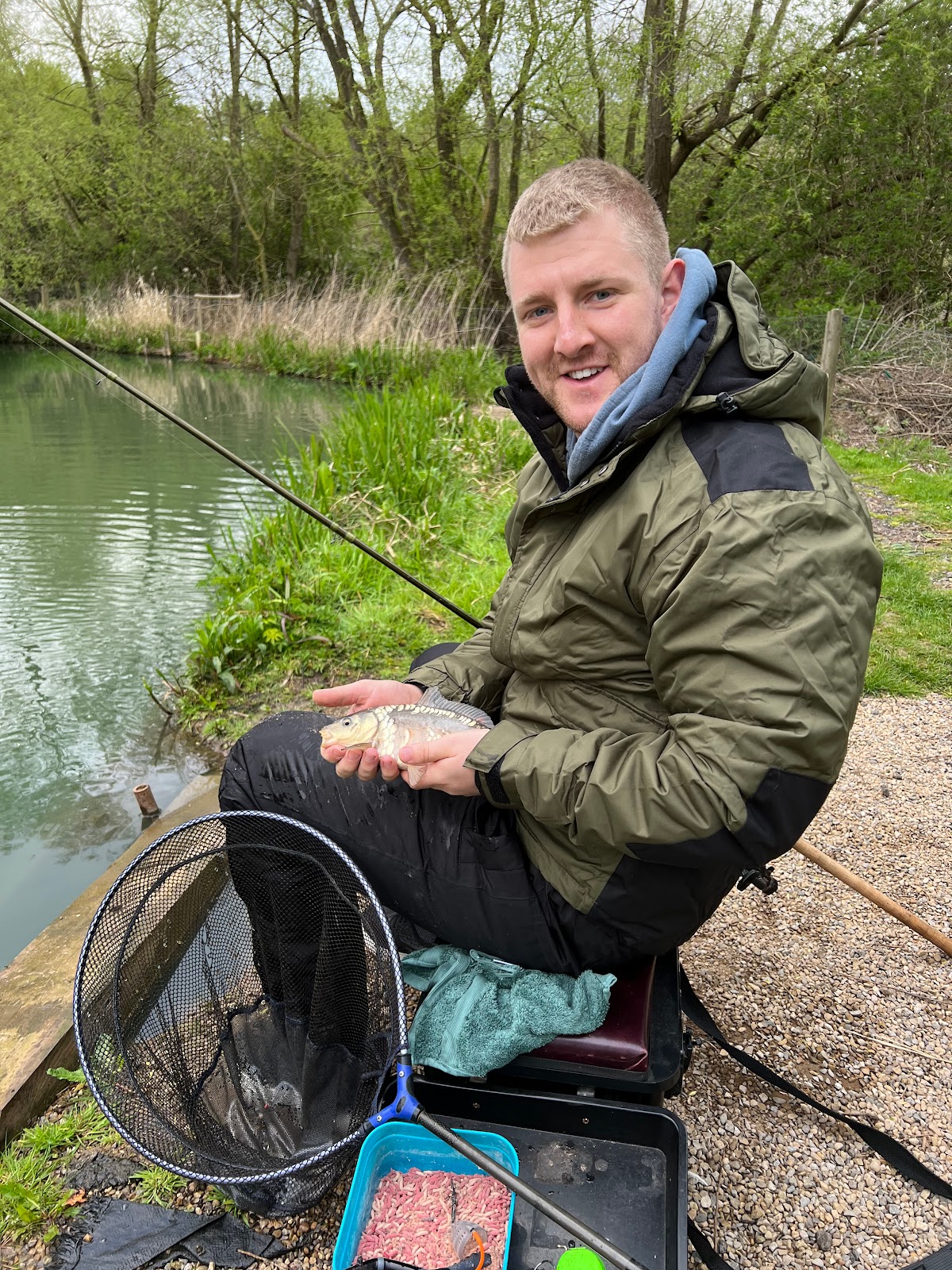 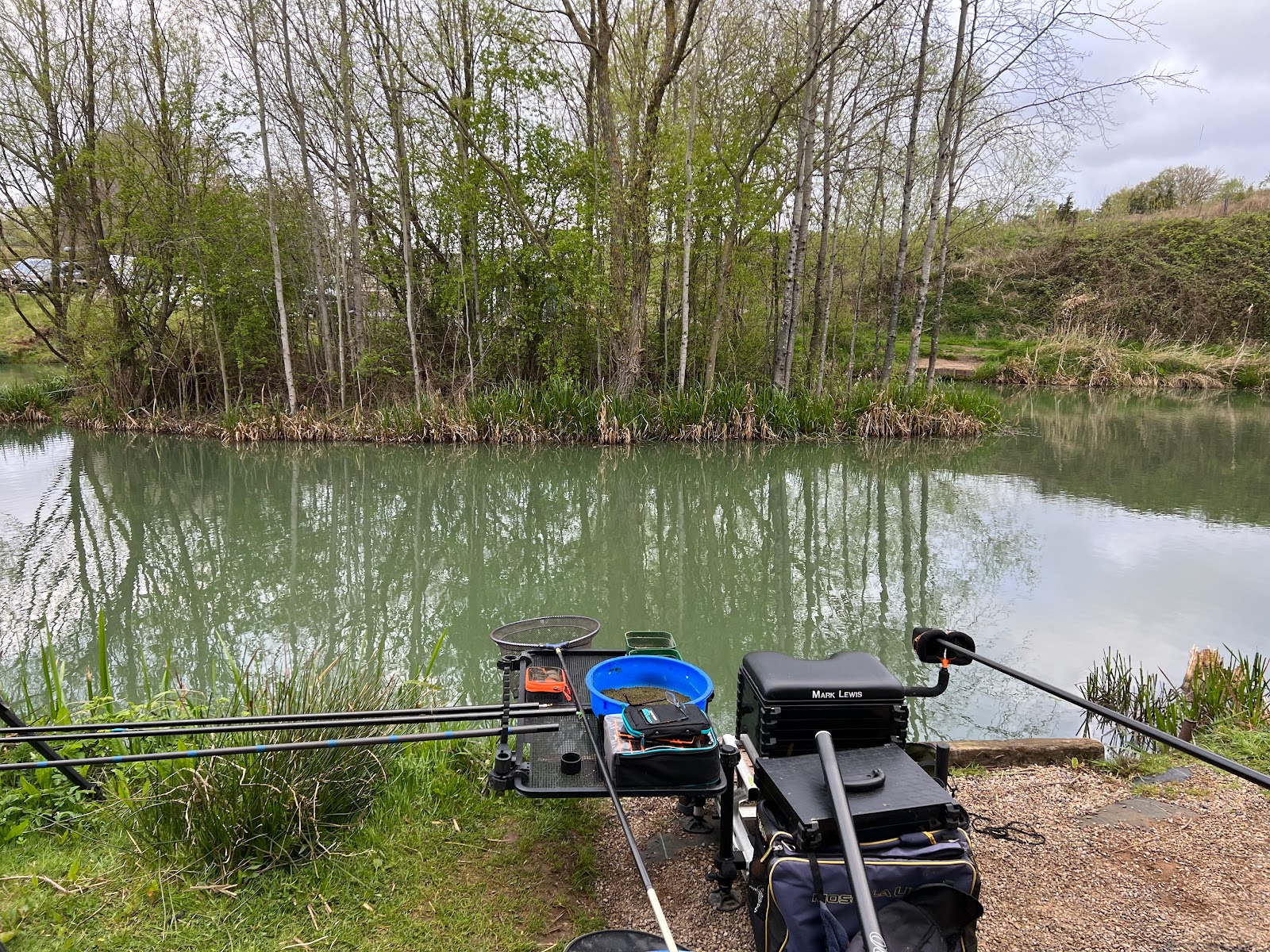 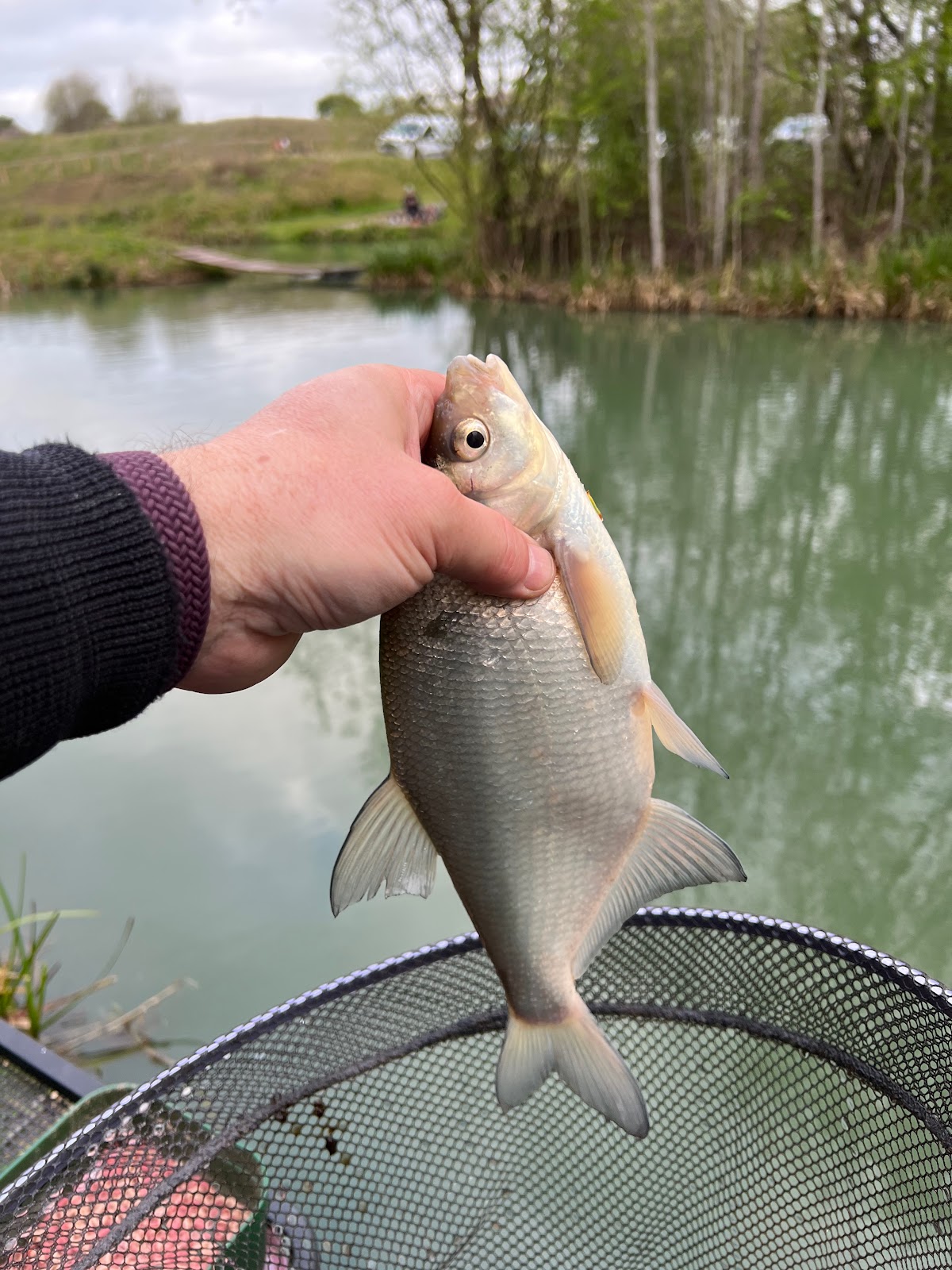 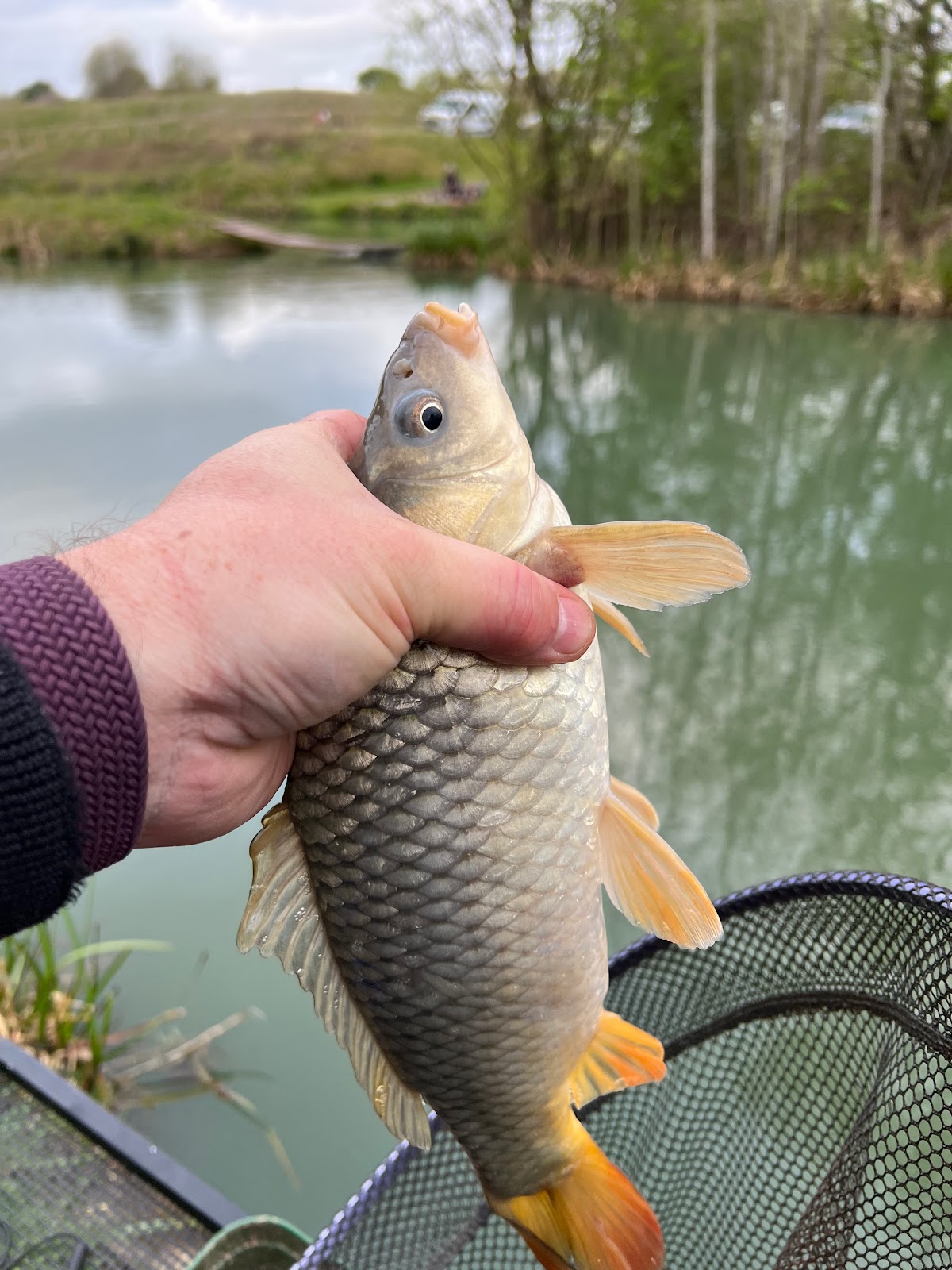 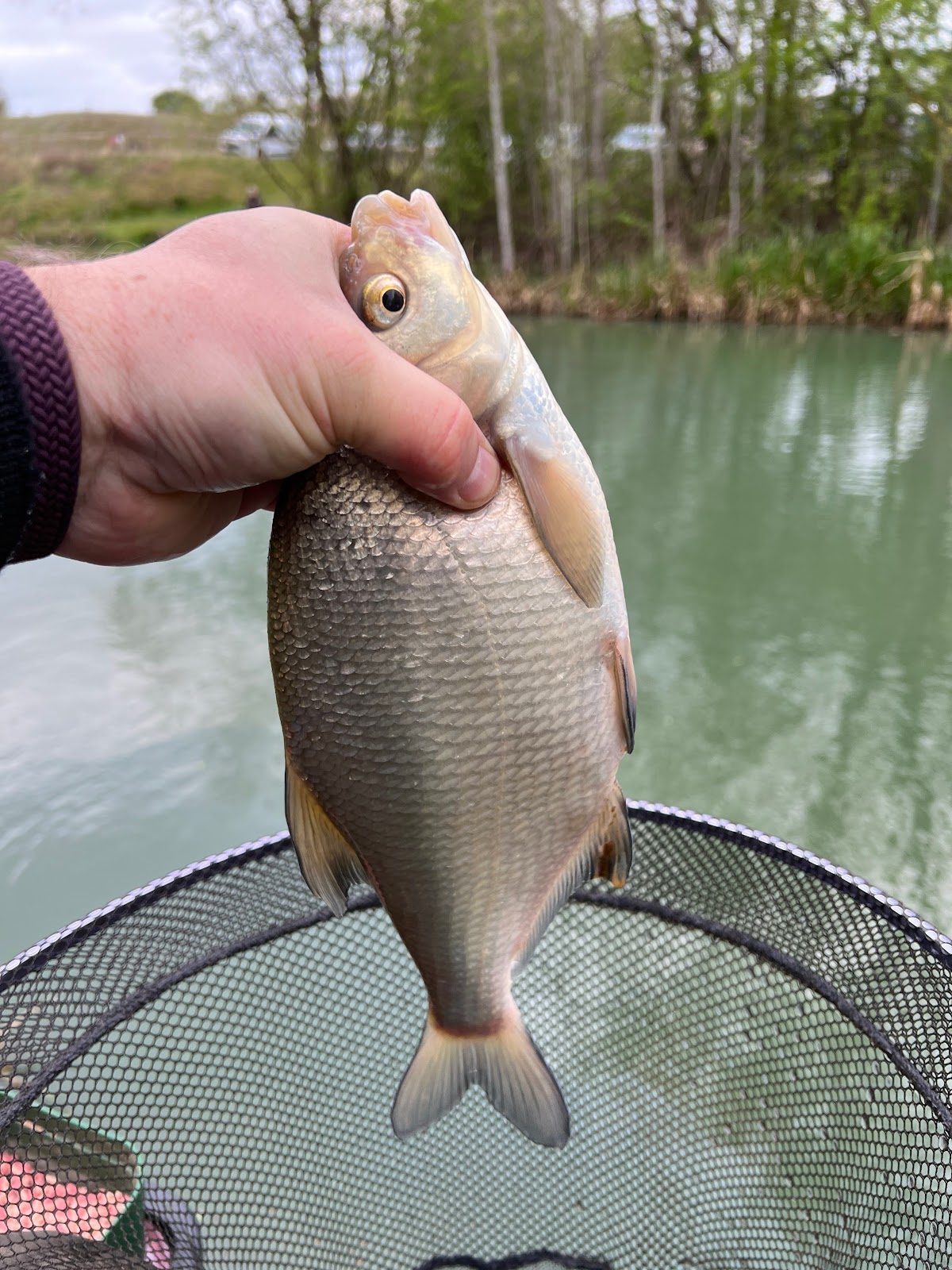 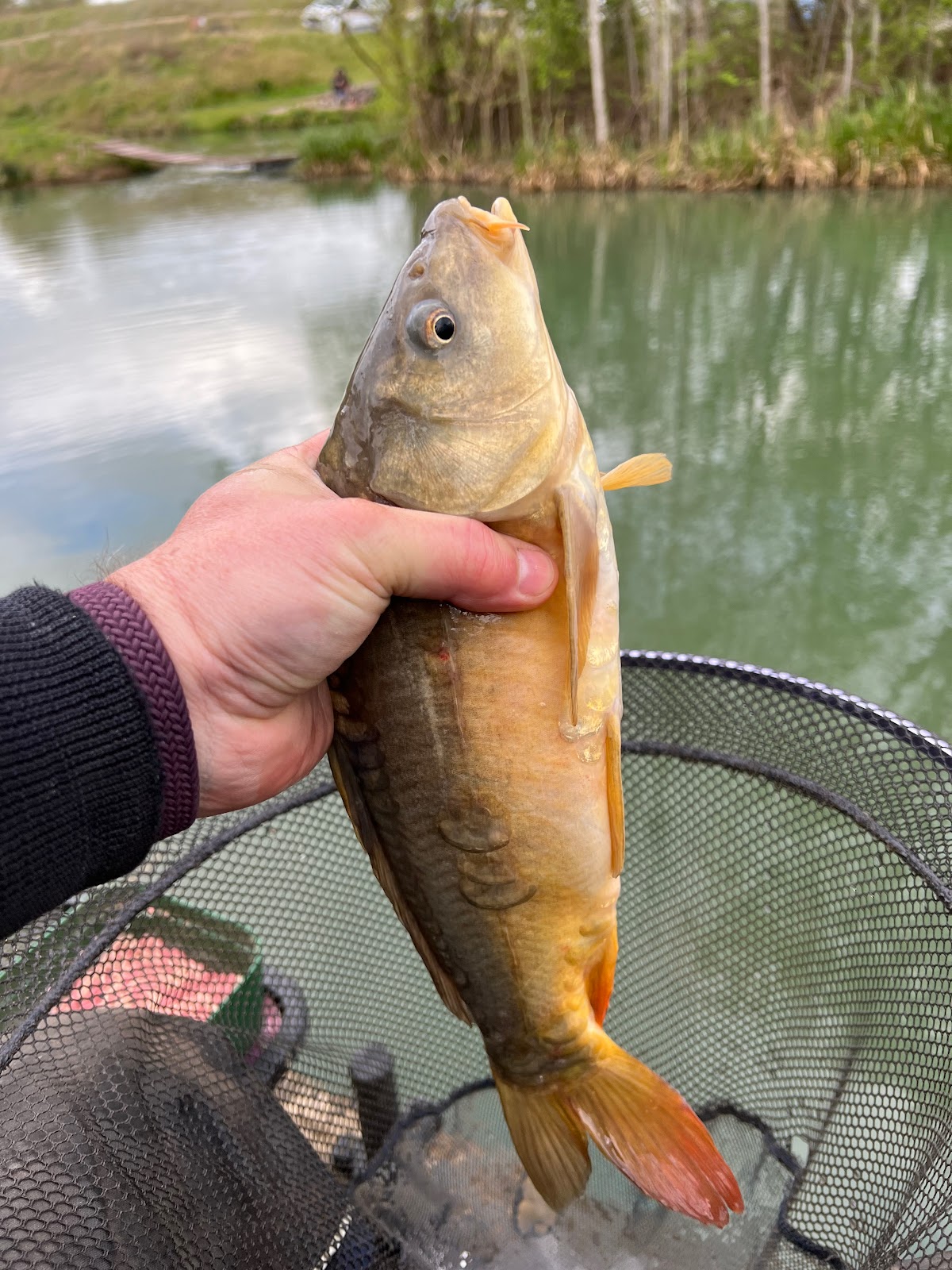 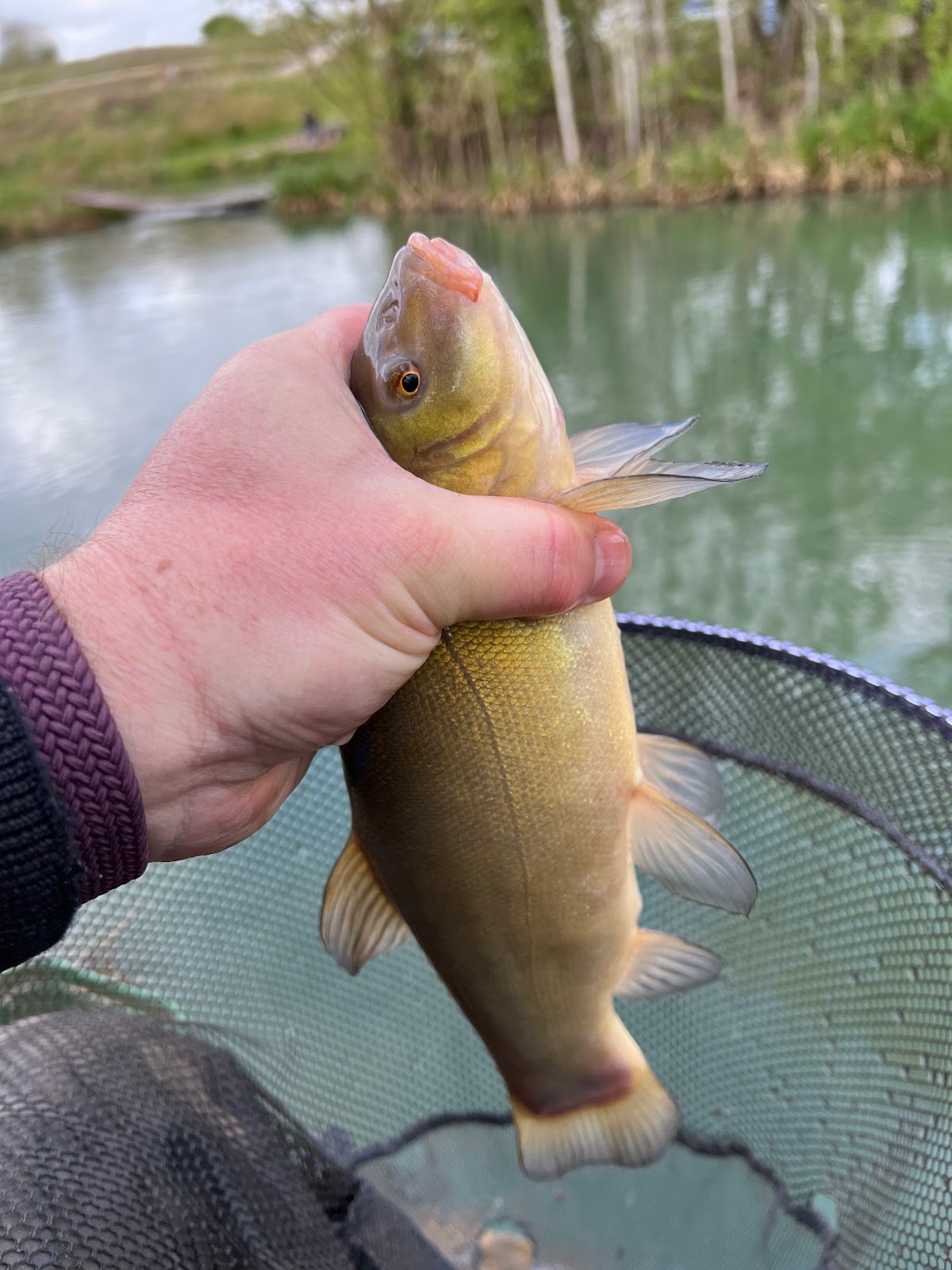 Whipsforlegs said…
I reckon white maggot on the drop on a balmy summers eve will be better than sex whoarr
11 May 2022 at 15:47