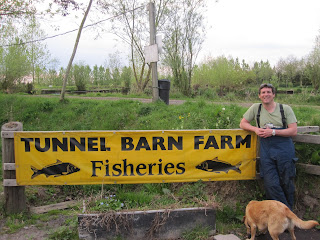 After signing up for a match through the Matchfishing Scene web forum at Tunnel Barn Farm Fisheries and having never been to Tunnel Barn Farm I decided that I needed to have some practise there.

So I booked in for the weekend of April 16th and 17th, gave Mark a call to see if he wanted come along too.

We both arrived on Saturday morning at around 6:45am and had a stroll around House Pool, the first pool you come across when you arrive. 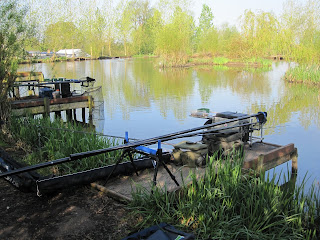 The complex at first seemed smaller than I first imagined.  So off to the tackle shop where we met Les.  He recommended that we fish House Pool of Pegs 29, 30 or 31.  So we selected Pegs 30 and 31.

This weekend was a chance for Mark to really try out Pole fishing.

The Saturday Session
I selected a long line in front of a patch of lush reeds, a 5m line in the channel and a margin line that was actually behind my fishing station. 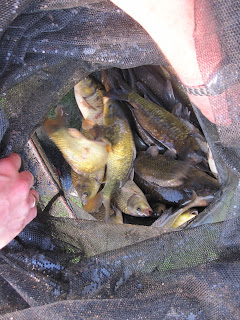 The day started quite slowly for both of us and both actually where questioning our methods as there was plenty of fish movement signs, fish topping, reeds being bumped.  The account was eventually open with Mark taking a small skimmer on his pole, the funny thing was he didn't actually have any bait on the hook at the time.  The skimmer was fairly hooked in the mouth.

I cupped in some groundbait on my 5m line and the lake started to bubble and fizz.  This area regularly produced skimmers but not many F1's.

Later in the day Mark made a switch to the feeder tight to the island, while he got snagged more than a few times it was producing regular fish of a good stamp.

We finished fishing around 6:30pm and then weigh up our catches.  We estimated that we both had around 40-45lb of fish, not a tunnel barn recorded but enough to keep us happy for the day. 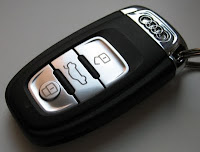 The Saturday evening we where looking forward to a couple of pints and a nice meal until some plonker locked his keys in the car...oops, a quick call to the RAC and a few hours later the drivers side window needed to be smashed in order to get the keys out.  Lesson learnt, do not use the middle button to open just the boot as the rest of the car stays locked...

We still managed a late pint at the pub up the road and some grub before settling in overnight at one of the static caravans.
Tunnel Barn Farm
Location: 36 Shrewley Common, Shrewley, Warwickshire CV35 7, UK