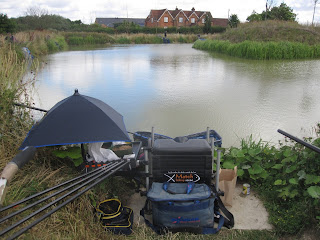 Day 1 of a two day event at Peb’s place, How End Fishery.  This weekend would see a clash of titans… MFS vs How End, although the team selection did look like it had been rigged a little ;-)

How End fishery is coming on leaps and bounds with the fish getting larger and the weights steadily increasing.  This is no carp puddle, rather a well thought out venue created by a match angler who is passionate about fishing, fish and creating a great fishery.  Peb’s also has a great family who are very supportive, with Tarnya and the kids.  This two day event is a bit special as all of the lads are staying overnight at the fishery, in tents, caravan’s and sleeping in cars.  Based on last year’s events I couldn’t miss it!  Promised for later, after fishing we have a BBQ, Football and Basketball challenges as well as the obligatory beer, or three!

The Draw
So all of Dani’s and Yasi’s pegs would be in one bag.  Whichever lake you drew on today, you would be fishing the other lake tomorrow.  I drew out Dani’s Peg 8 which is a corner peg.  Unfortunately the wind was blowing out of the corner and I was left with a pretty flat calm swim.

The Set-Up
Dani’s is a square lake and the corner peg’s do not have a chuck to the central square island, but they do have sunken islands… so no rods today at Dani’s.  After having a quick chat to Phil the following lines were set-up:


Three rigs covered the lines and bait for the day was maggot, caster, sweetcorn, pellet (expander and micro) and worm.

The All-In
I decided to cup in only on the line that I would fish and not to prime the other lines early, however would still ping casters over the margin swim on a regular basis.  The weather was glorious with the sun shining, some clouds and a nice breeze although it was blowing out of my corner!

I decided to target the top of the sunken island first due to the warm weather and the depth there being around 2 foot.  Using a kinder pot to pot in some casters and micro pellets and lowering the float over baited with double red maggot the float dipped and back came what can only be described as a pair of eye’s with fins….  This pattern would follow in the first hour with only bits coming from the swim so it was time for a change. 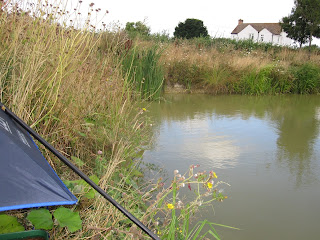 Checking the margin on my left I was soon into a nice fish which torn straight off into the reeds and was never to be seen again.  The hooklength broke, I was fishing 0.13 to a size 16 and hooklength’s would end up being my nemesis for the day.  I had only brought light elastics with me this weekend, with the fish getting bigger and Peb’s lifting the heaviest elastic allowed to Black Hydro or equivalent I would struggle to get the fish out of the margin swim all day long.

The next couple of hours pinging casters over the margin and to the top of the island I managed to string some fish together and picked up some lovely tench, skimmers and chub along with the odd carp.

My match was not going to plan.  Alan on my right had been bagging all day long using the banjo feeder cast tight to the island and Mike on the left was also catching regularly and I was at a loss at what to do and decided that the margins held the best option for me.  So, after reading an article in Pole Fishing Magazine I took apart a guru method feeder and found that the method frame snapped perfectly onto the end of my pole.  I then molded some ground bait around the frame and used this to give me a cloud where I then dropped the hookbait into.  It started to work and I had a few more carp from the line.

I then hooked a larger fish which luckily for me torn off away from the margin and started to head towards Alan and then disaster, the elastic came back, but no float.  The elastic had broken at the Dacron connector, so that top kit was useless for the rest of the day.  Grabbing a spare top kit and rig, the next drop into the margin and another large fish hooked this time on very light elastic (Yellow Hydro).  Applying a bit of pressure and using the pulla bung to great effect the rig broke what appeared to be around the float eye!  Rig number 2 gone!

I battled on but just seemed to have one breakage after another as hooklengths went and I’d only just prepared them the previous week.  The bonus was that Alan managed to snare my rig where the elastic broke at the Dacron connector so got all that back and no fish was tethered.

I have never been so happy to hear the all-out! ;-)

The Result
A very disappointing 23lb 13oz for lake and section last…  The worst was to come, handing over my pound to Barry ;-)  Well fished mate!

Conclusion
This is the first time I’ve fished Dani’s under full match conditions, 1- hooklengths broken, 2 rigs lost, top kit out of action, nightmare of a day!  The wind blowing out of the corner definitely did not help and this would be proved again the next day with Peb’s taking 29lb 12oz out.  The bottom end of the lake where the wind was blowing into certainly fished a lot better.  I prepared a lot for this weekend and was rather concerned at the hooklength breakages, let’s hope it would not be a repeat for the Sunday.

More Pictures, including the evening events... 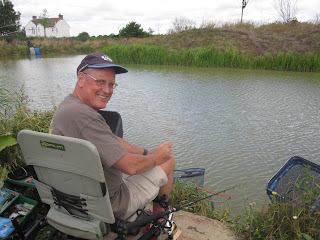 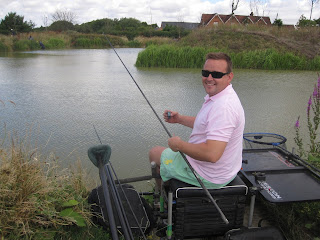 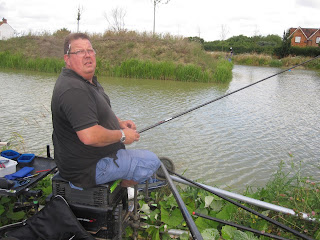 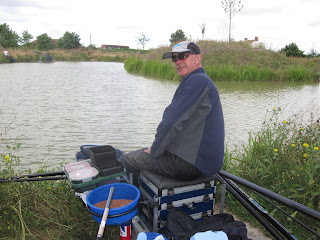 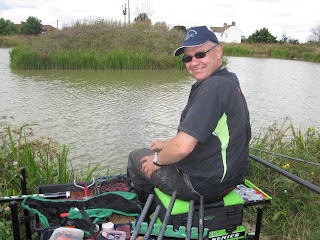 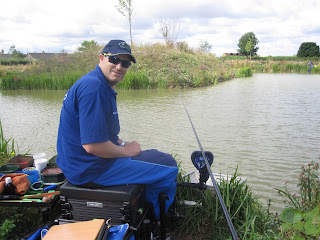 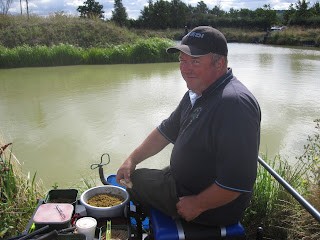 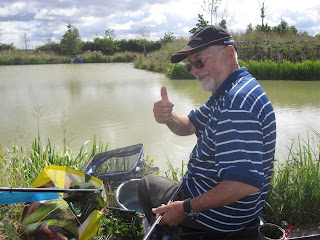 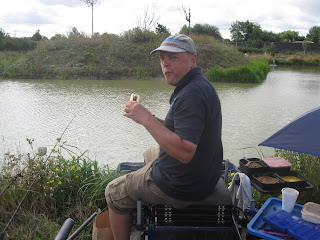 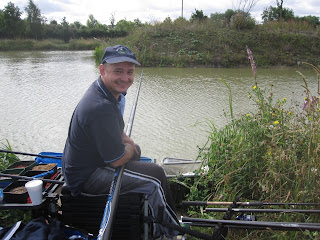 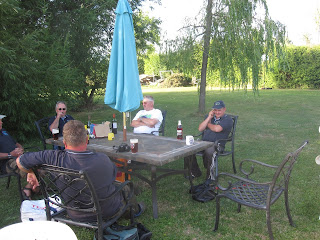 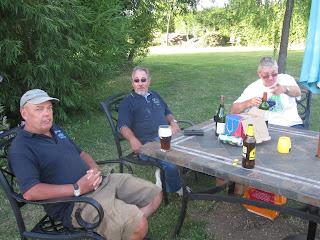 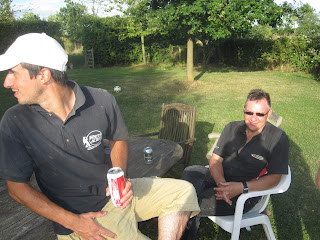 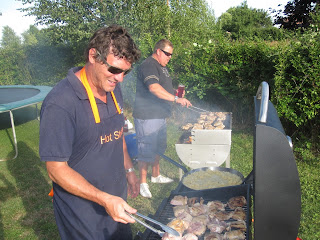 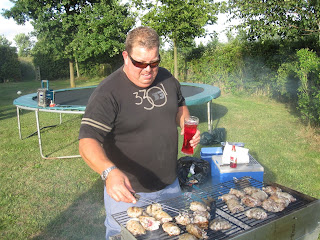 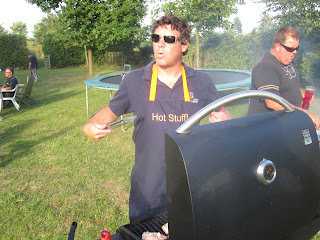 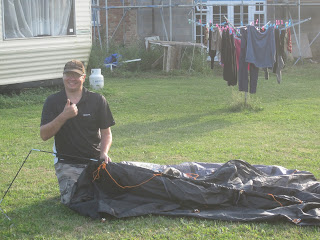 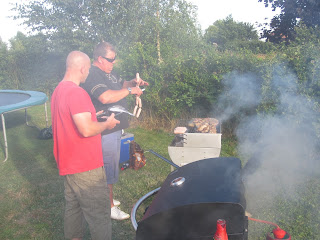 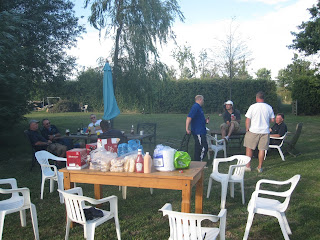 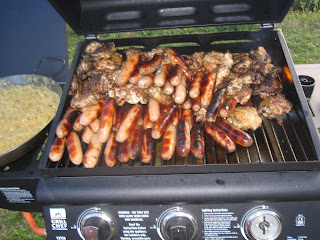