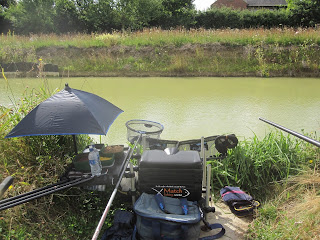 The final day of the MFS vs How End 2 dayer.  After a fabulous night at Peb’s and Tarnya’s place and a great sleep in the caravan I woke up with not too much of a hangover.  Apologies to Nick D for my snoring during the night, I did warn you mate ;-)  Right, time to fix the top section where the elastic parted company with the Dacron connector and to get the gear out of the car ready for the days fishing.  It was a lot warming this morning and I’d be fishing on Yasi’s today after drawing on Dani’s yesterday.

The Draw
I’ve fished Yasi’s quite a few times and with the massive weights that came out of it yesterday I was looking forward to a good draw and I wouldn’t be disappointed.  Peg 13 came out of the hat, a peg that is known as the Barbel peg.

The Set-Up
After a quick chat with Pete Bailey (of twisted knee fame) he gave me some great pointers about fishing just down margin shelf.  So I set up the following two rigs:
Main feed bait today would be casters, micro pellets and maggots.  I also had some worms just for a change of hookbait.

The All-In
There was a slight delay to the all-in… basically we didn’t know whether it was 10:30am or 10:45am which caused a bit of amusement around the lake.  Pebs finally shouting the all-in, he could only just be heard and got a whistle for the all-out!

Kicking off I shipped over to the far-shelf with a medium kinder pot half full with casters and topped off with micro pellets to the point where I’d marked the pole indicating just short of the far shelf and inline with my marker, a piece of brick in the bank.  The float was shotted such that if I was too far up the shelf it wouldn’t dot down and that’s how I could tell I was in the right place.  I didn’t have long to wait after the contents of the kinder pot were emptied and the double red maggot hookbait was taken and the first angry barbel was on with pink hydro streaming out.  After a short battle and using the pulla bung to full effect it was in the net, about a pound in weight.

This was a great start and this was repeated for the first hour by which time I had about 18lb of Barbel and 4lb of carp in the net.  Happy days!  Funnily enough, Mike, Alan and myself had drawn together again and were in a line.  Alan was catching well on the long pole over while Mike was struggling in the first hour.

I was feeding my inside line with caster every 3-5 minutes to prime this line too as the barbel are also underyour feet in this peg.  I continued the same tactics over on the far shelf with some of the barbel bites being so quick you never got to see the float go, the elastic would just stream out.  I was also resisting the temptation to ping casters over as I preferred to keep the fish where they were.  After two hours and some awkward wind making it difficult to hold the pole long  I decided to rest the far swim and check my inside line which again was rewarded with another barbel.

I decided to change the double red maggots for two worm sections to see if that would bring a better fish or quicker bites and it did!  The next fish was a large barbel for How End, around 3lb, long and solid and I was sat chuckling away to myself.

Around 2pm I started to experience a lean spell and the bites backed right off both the far and near shelf.  So I switched to the bottom of the near shelf rig on my top 2 plus 2.  The bites had slowed right down but I managed to snare a couple more barbel but it was a tough 90 minutes.  I now had 3 nets in the water, 1 silvers, 1 full of barbell, 1 carp/large barbell.

Mike had started to catch and Alan was still catching.  Eventually my long and short lines came back on and I was alternating between the two.  With a hour to go I had fed nearly 3 pints of caster, didn’t have one rig or hook length breakage and had an estimated 40lb in the barbel net and 42lb in the carp/large barbel net, well that’s what my clickers said, so I decided to grab another net.

Positioning the 4th net killed the short swim for about 30 minutes but I kept on feeding it while fishing long and the fish kept on coming.  With the all out sounding I was estimating 85-90lb of fish and given my spot on clicking skills on Saturday confident I was close to that weight and it was looking like a lake win…

The Result
Helping with the weigh in we eventually got round to my peg and as I pulled out the carp net, estimate of 42lb it settled to 30lb on the scales…oops.  By this time the lads were starting to take the mikey out of the me, deservedly so I may add.  The final net was the barbel net, estimate 40lb which ended up weighing 33lb… I was miles off my target and ended up with 67lb 15oz which got me the section and relegated me to lake 2nd behind Alan.  Well fished mate and I managed to get my pound back of Baz!!!

Conclusion
A little bit disappointed at my clicker skills I was really happy with my day have caught from the off with only one quiet spell.  The match plan worked and I was never left wondering what to try next.  Big thanks to Pete Bailey for the advice.  This is one of the great reasons I fish these matches, there is so much to learn from the other anglers.

The results over the weekend were brilliant with both Dani’s and Yasi’s lake records being smashed!  Big thanks to Peb’s and Tarnya for opening their home to us all.  A great weekend, role on next year! 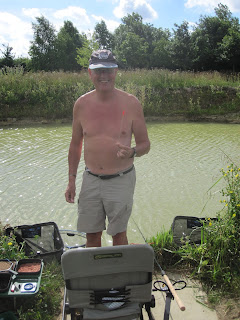 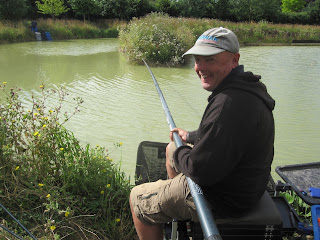 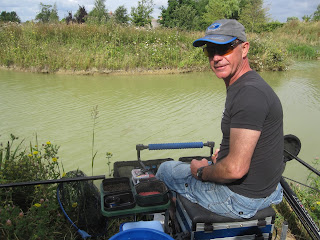 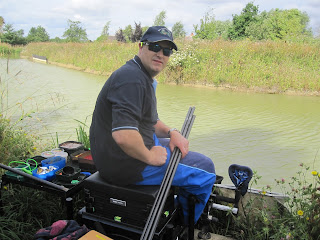 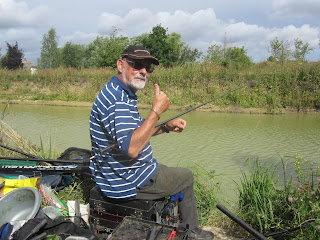 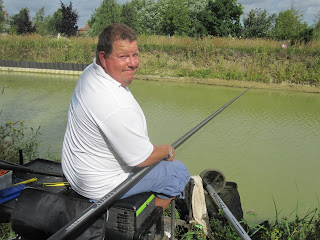 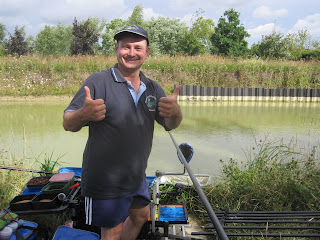 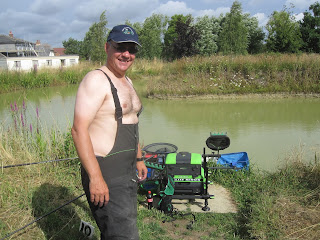 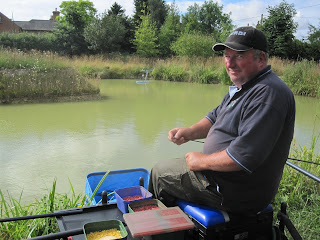