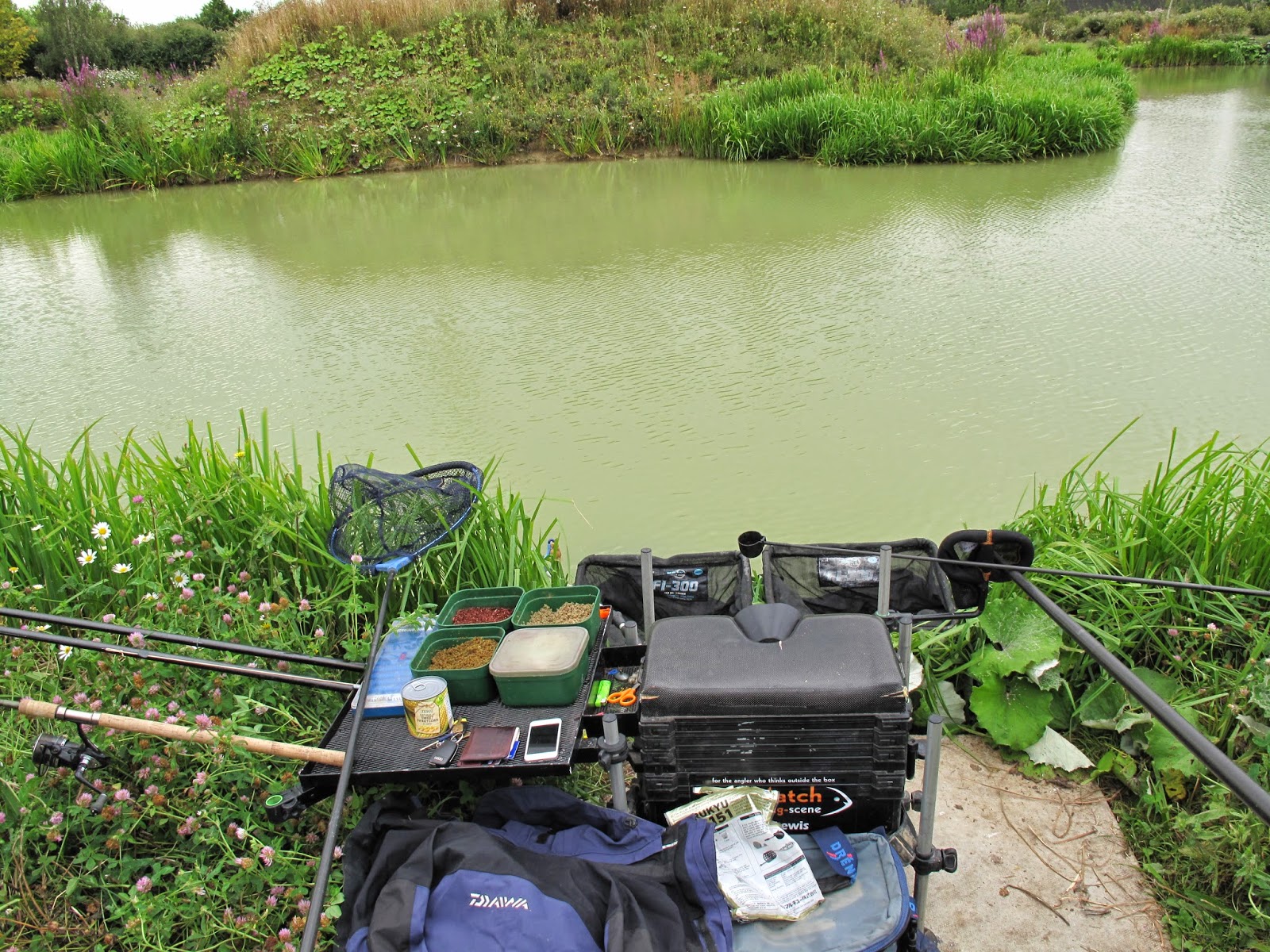 Another event that is a regular date in the diary, the How End vs MFS two dayer.  Last year was a blast, not only the fishing but the craic with the lads and the hospitality of Pebs, Tarnya and the family.  Day 1 and I arrived a little late with plenty of the lads already in the car park unpacking their gear.

Weather was pretty good although the forecast was predicting showers later in the day, but that wouldn't dampen anybodies spirits!  Mistake one for me as I was getting my gear together, I'd forgotten to bring some socks... oops, Pete Bailey stepped in a with a clean pair of Nike socks... cheers matey, they have now been washed, but not ironed ;-)

The Draw
So as we were waiting for the draw and Pebs was giving his rules speech, Simon from How End handed me what looked like a car key remote which I though would make some funny noise.  Pressing the button I got an electric shock akin to an electric cattle fence.  Well the lads were laughing away and of course this interrupted Pebs... Sorry mate.  No wonder I didn't get the net rule right.

I pulled out Dani's Peg 14 which is a bit of a good peg, so I was looking forward to a good result on Dani's something that has eluded me every time I've fished the lake.

I also had the pleasure of Pebs and Gooner as a neighbours for the day.  Having Pebs next to me added a little bit of pressure, but I knew it would be a funny day.

The Set-Up
Getting to the peg it was clear that I had a good line to the island so the method rod came out.  I also setup a 5 metre line and a margin line on my left.

The All-In
The island chuck had a clump of reeds to my right so I decided to start short and follow the fish up to the mud bank on the island.  It didn't take long for a small angry carp to rip the tip round and my match got off to a great start.  I also fed the 5 metre line with casters as a back up.

Pebs eventually got started, 45 minutes after the all-in by which time he was a little behind in the fish stakes.

I was still on the method and after a couple of hours had about 25lb on the clicker.  I had started to chase the fish up to the mud bank.  Micro pellets and dead red maggot where working well and I was getting regular bites.  Then the bites dropped off, after a couple of quick casts and nothing I switched to groundbait on the method feeder.  The bites came back.

I found by swapping groundbait and micros it kept the fish coming.  The rain then descended on the lake and all anglers got a good soaking, but the bites kept on coming.

After about 4 hours, the method line did drop off so a quick switch to the 5 metre line produced a few more fish, so back on the method which started to produce fish again until the match finished.

The Result
72lb 12oz for a lake 2nd and also section 2nd.  More importantly I managed to take a golden nugget from both Shedders and Baz!

I did manage to mess up the net rules, obviously that electric shock didn't help... Carp and anything over 2lb in one net, all the rest in the other... I'd of course put the small carp in the "other" net... sorry Pebs ;-)

Conclusion
Probably lost by 1 fish.  I'm happy with the way I fished the match.  The method line was really strong, the fish were there and feeding well.  A great start to the 2 dayer, plus I had drawn Alan Oakes as my pairs partner and he had had a good result so we were up on the pairs table also.  Beating Pebs was a bonus, even if he was 45 minutes late for the all-in ;-)

Congratulations to Pete Bailey for breaking the lake record on Yasi's with 149lb, no net error's with one net weighing in at 49lb, 1lb under the limit! 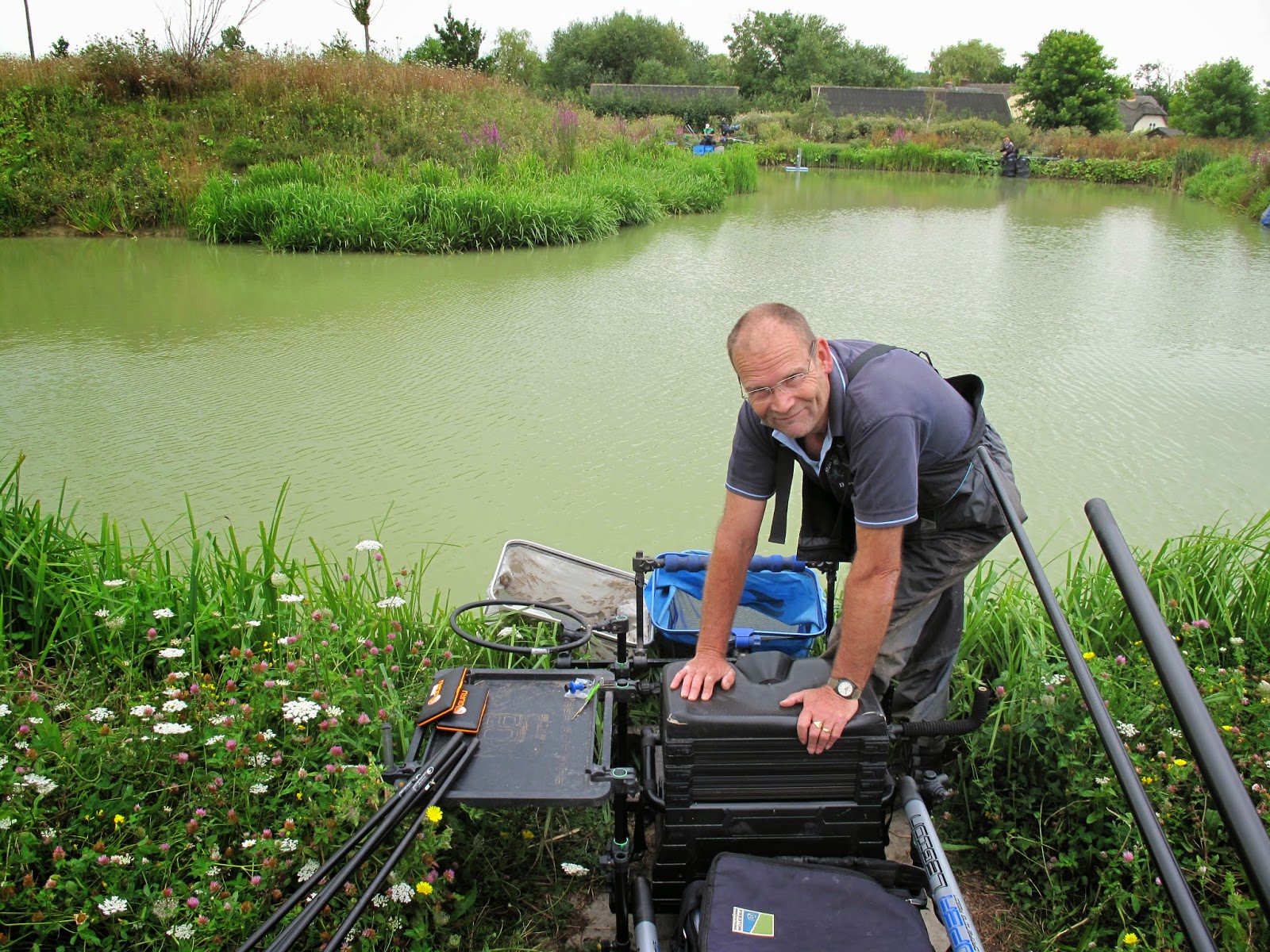 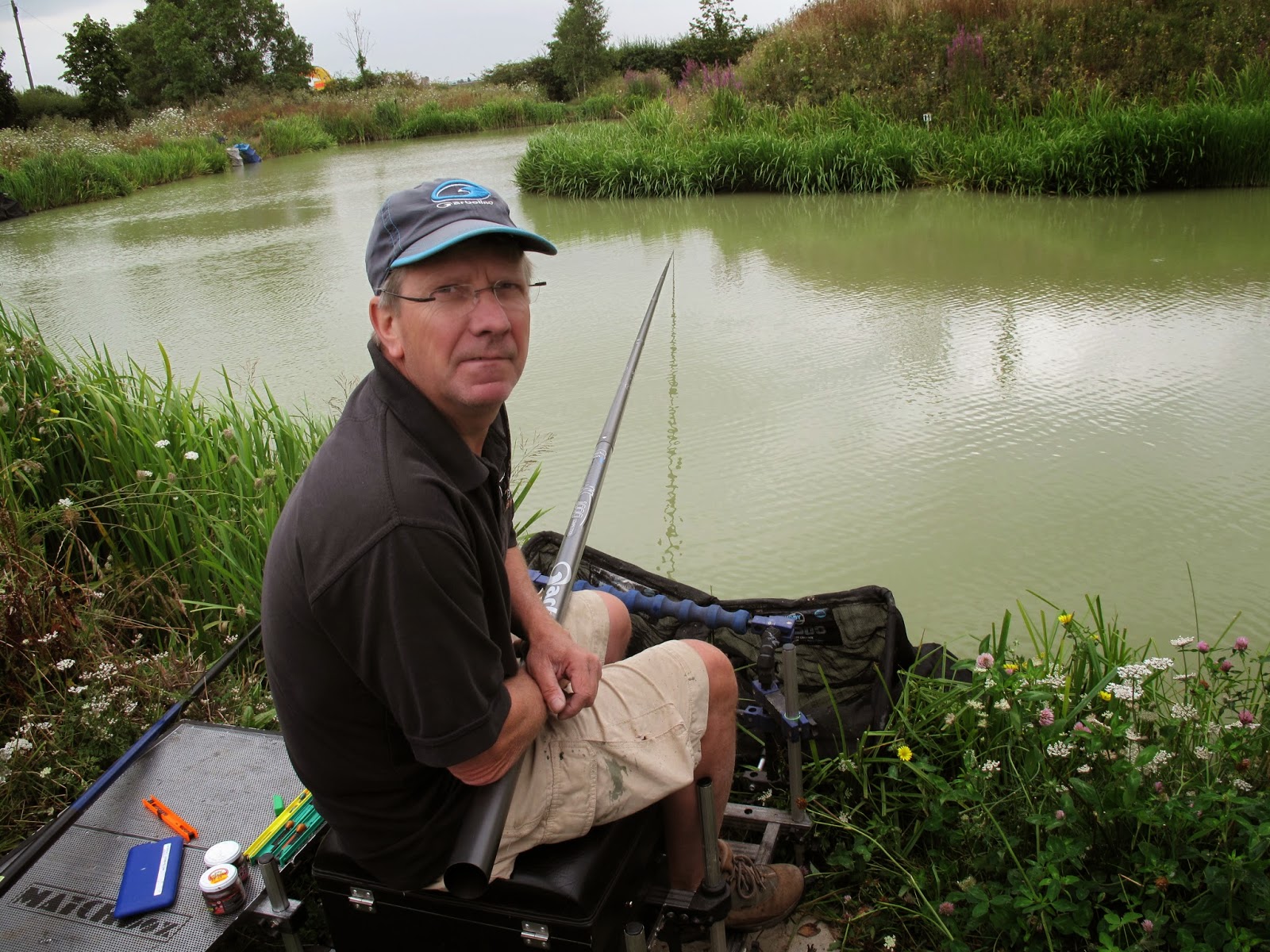 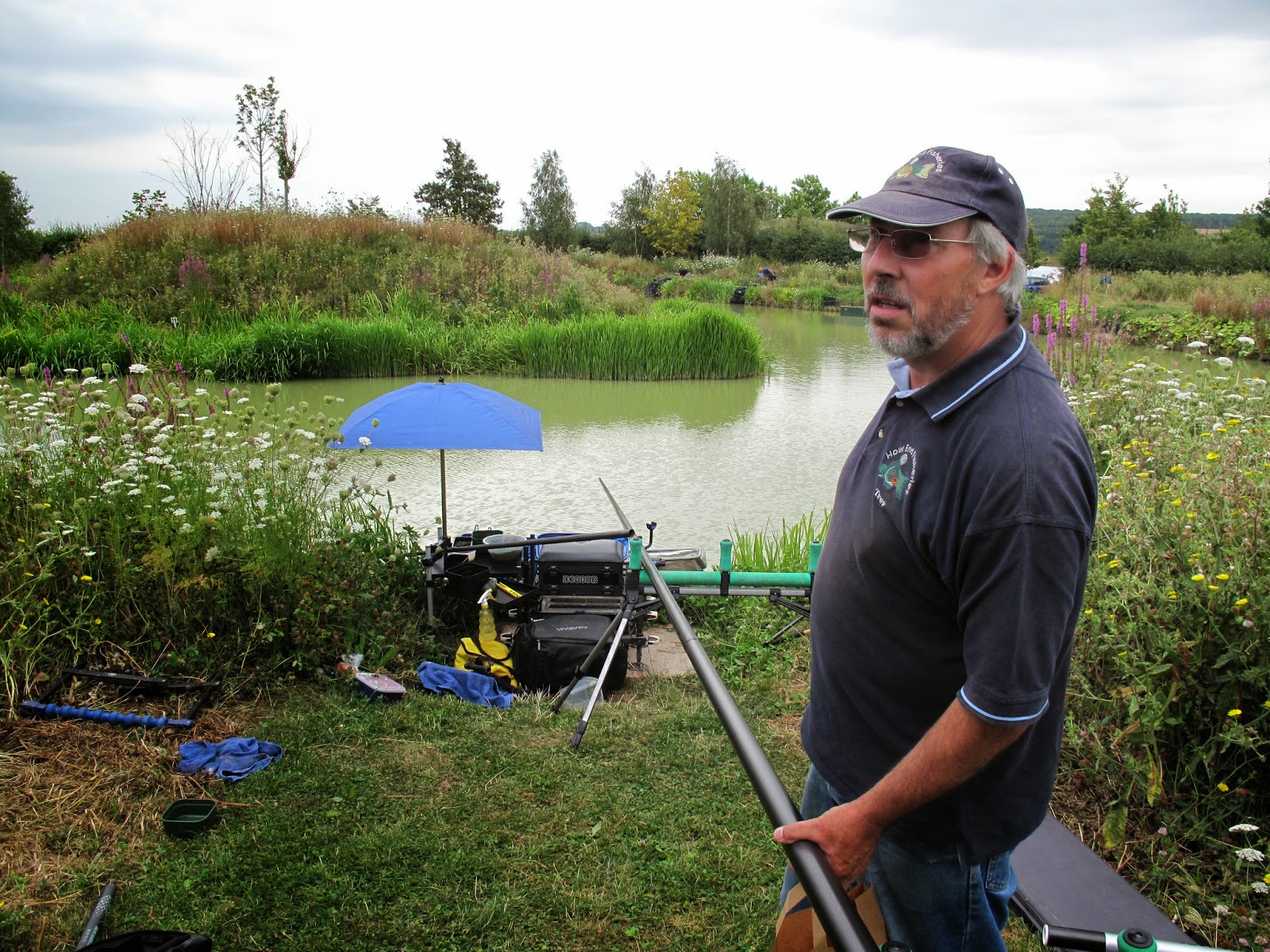 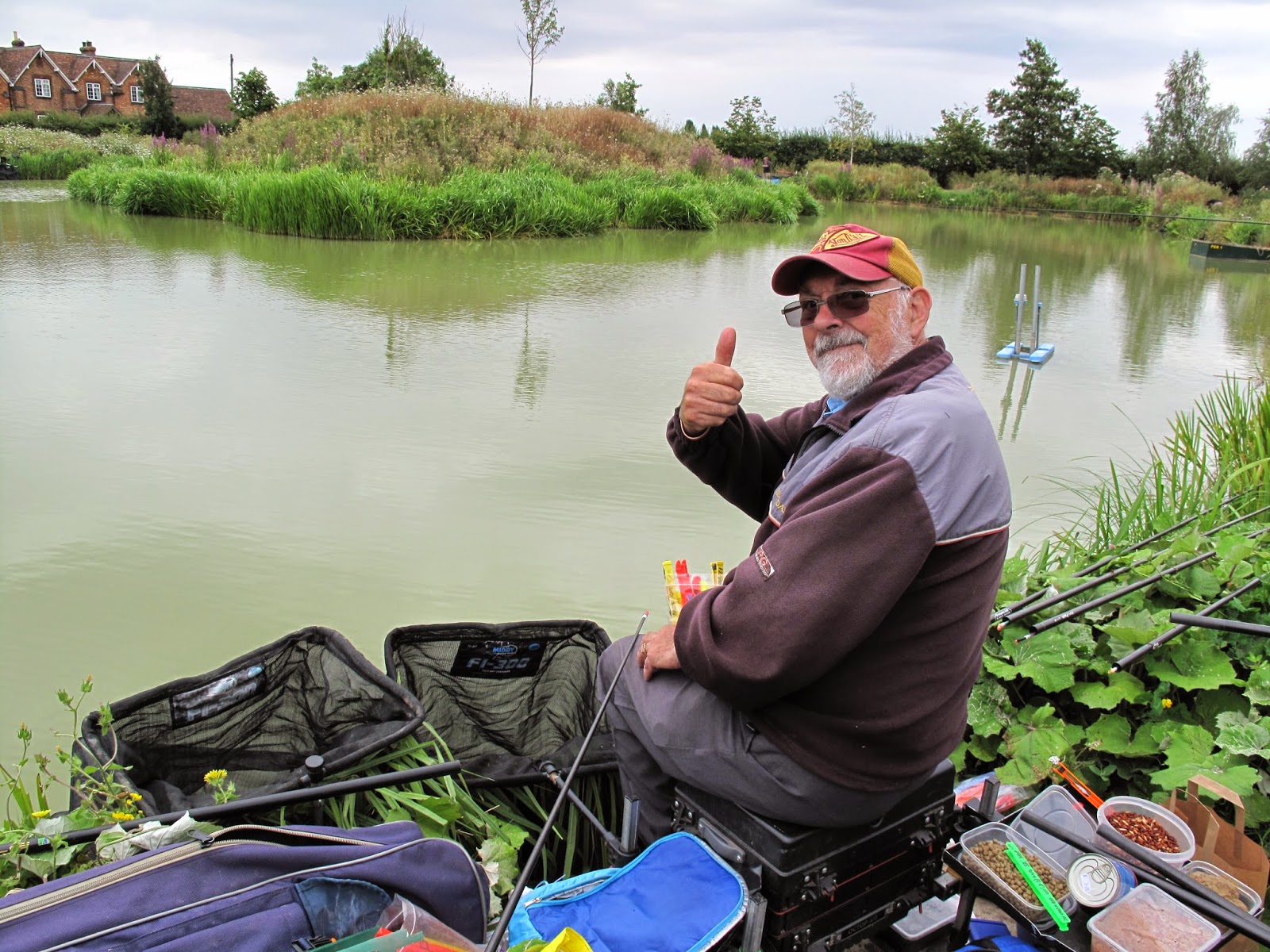 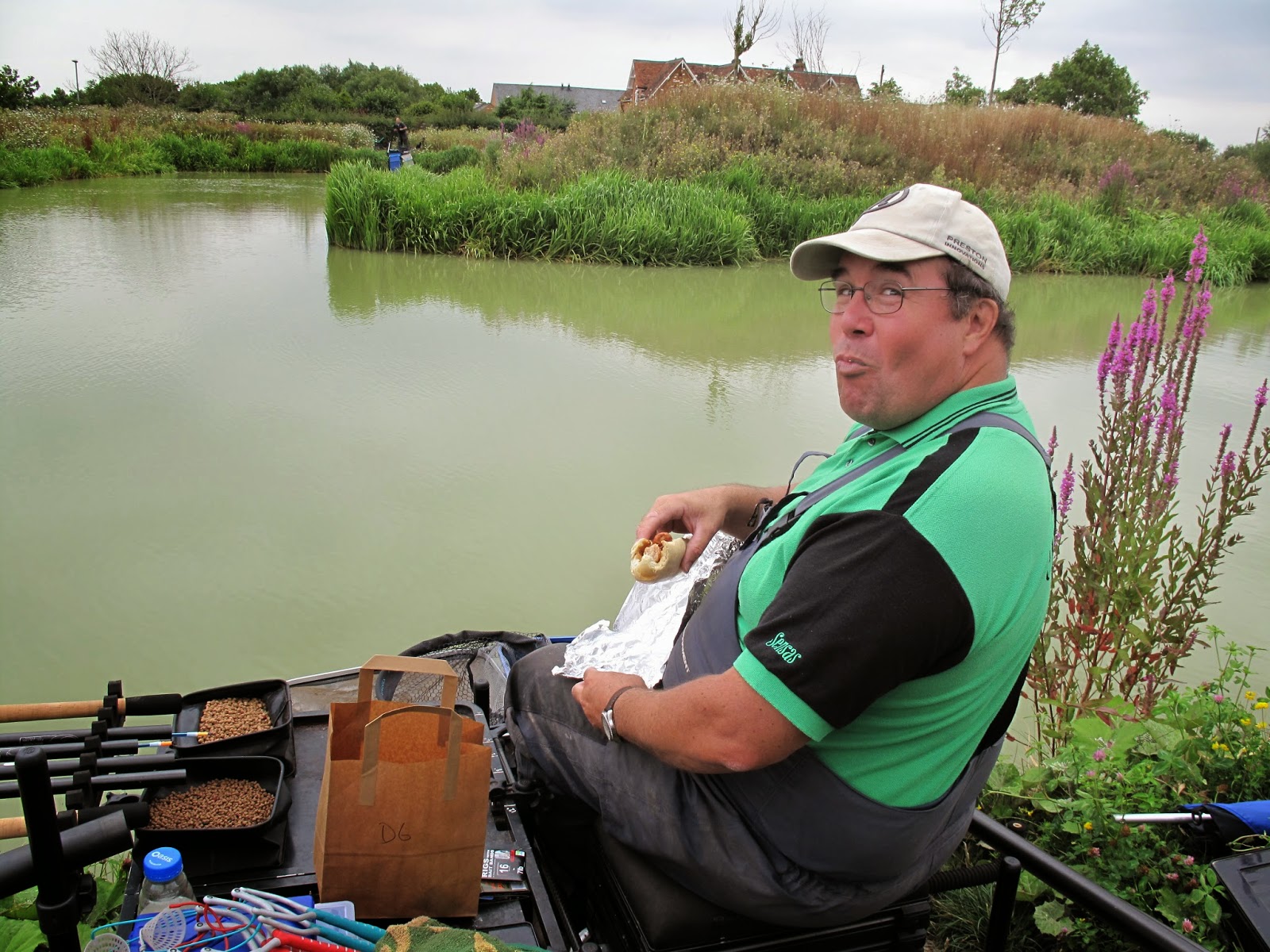 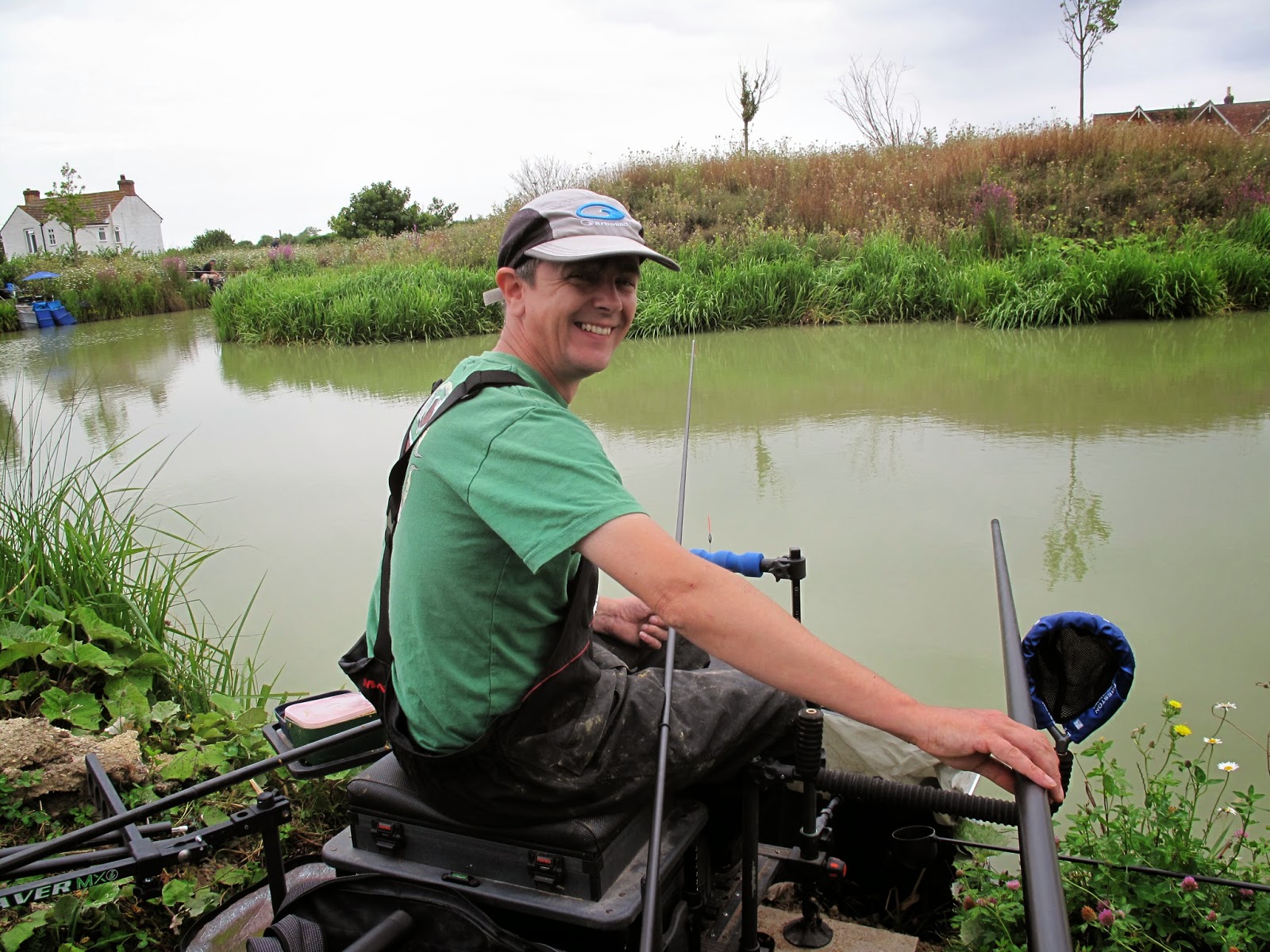 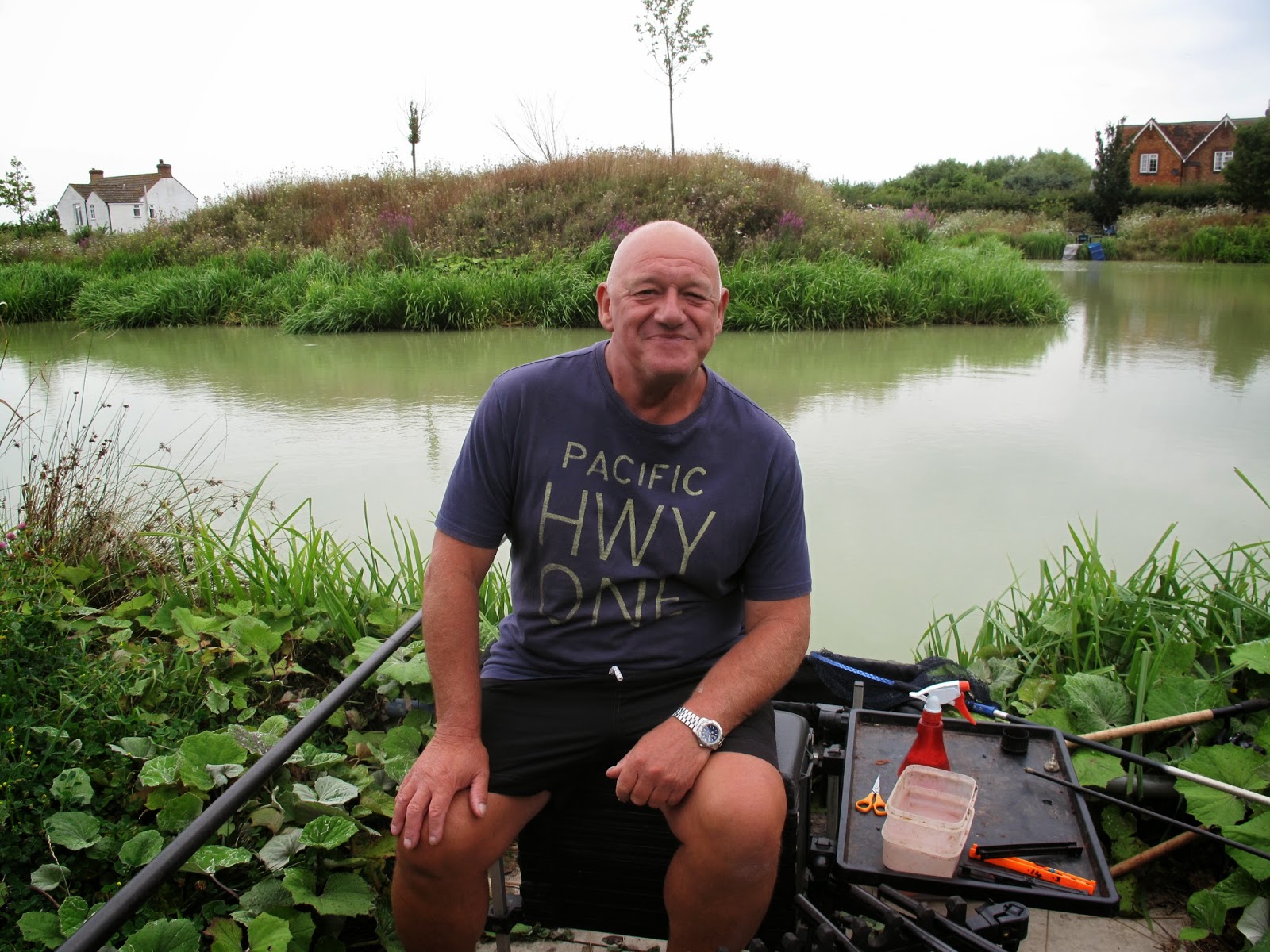 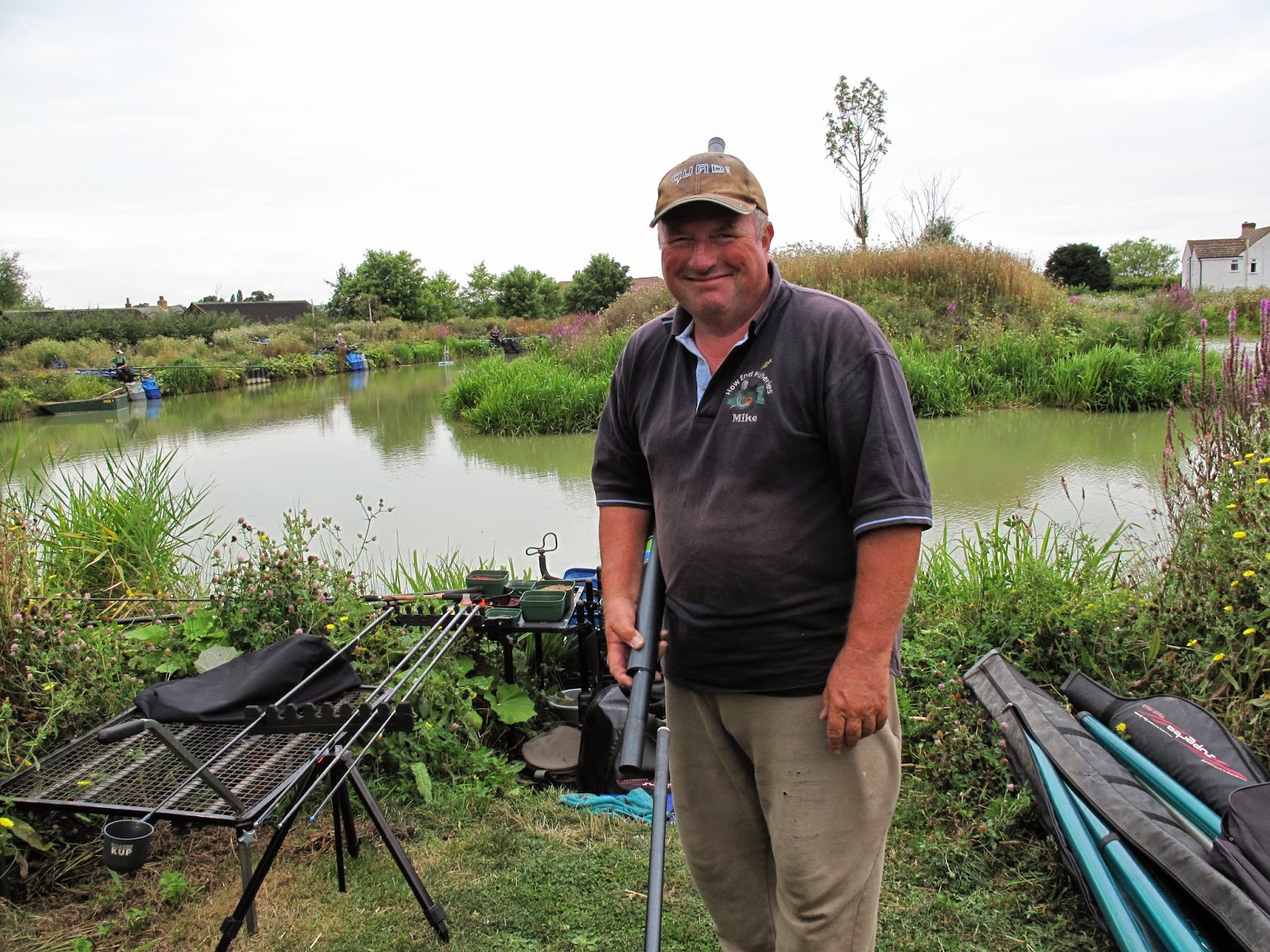 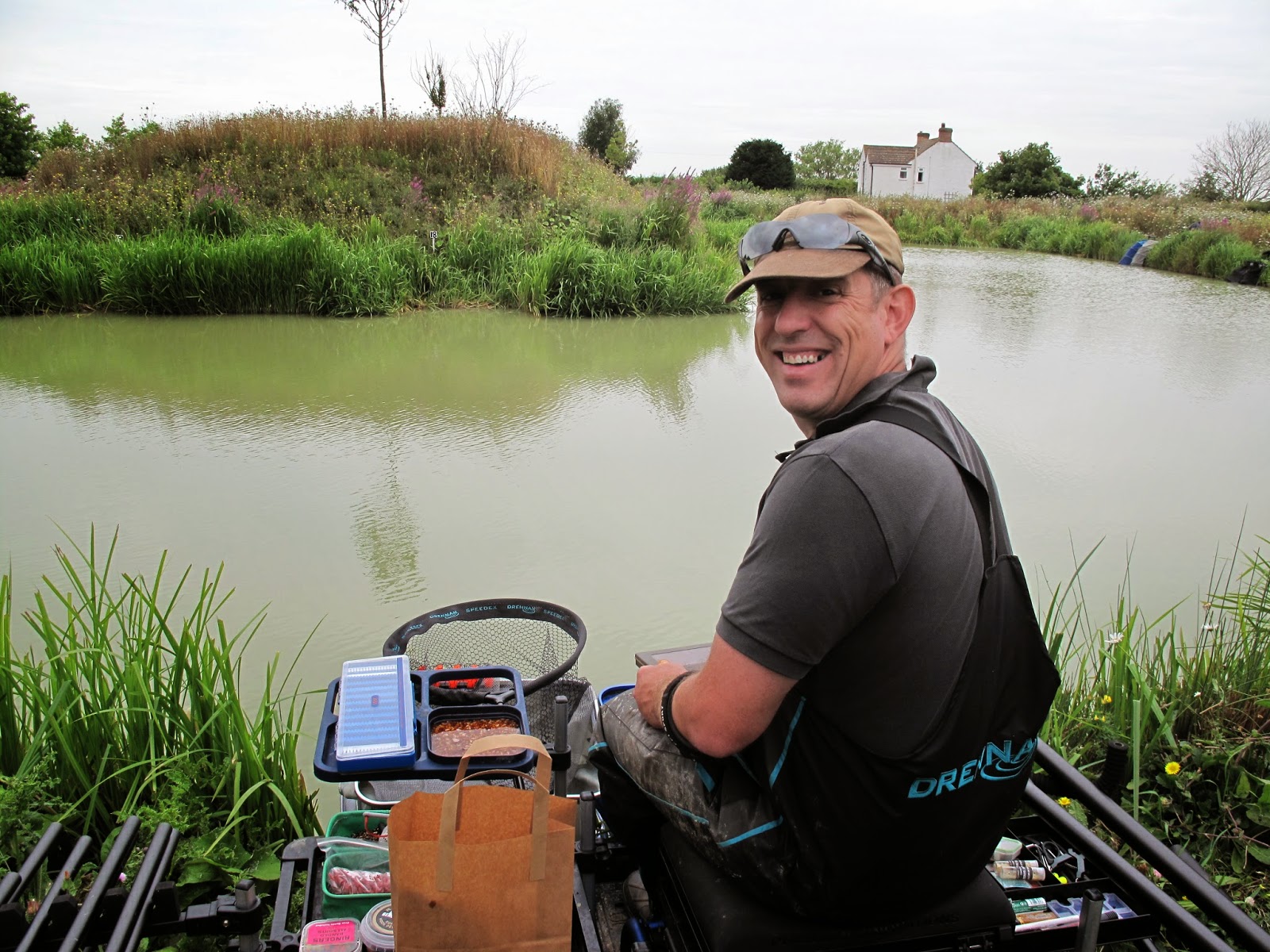