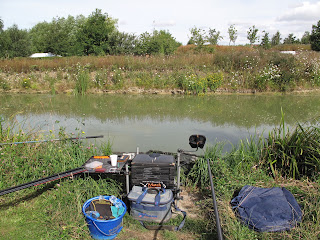 Sunday morning and a few soar heads after a late night up drinking with the Lewy and Dean comedy duo!  No football this year, just plenty of burgers and sausages to go with plenty of salads, pasta and crisps... oh, I forgot beer and vino too...

A few of us crashed on the couches in Pebs lounge which was appreciated.  It was definitely a race to get to sleep first as Dean's snoring was pretty much like a steam train!

The Draw
At least today I knew I'd be on Yasi's lake, so what came out of the magical draw bag?  Yasi's Peg 6, an area I've not fished before.

Set-Up
No rods for Yasi's, only the pole required and again with plenty of time to set-up I plumbed up the following lines:

I had 5 pints of casters left from yesterday after only using a pint.  Mixed some chopped worm and caster up and still had 2 pints of maggots.


All-In
A delayed start to the day as Peb's was on the phone, so we were all in at 10:45am, fishing until 4:45pm.  My attack started over the far bank by kinder potting in some chopped worm and having a segment of worm on the hook.  The Ide were eager for the bait and it was fish on in the first put in.

I was also pinging caster over the far bank but soon discovered that this wasn't the fishes preferred method.  They wanted the chopped worm, so each put in required a small kinder pot.  The Ide are getting bigger, after the first hour I had a continuous stream of Ide, but surprisingly no carp, yet.

I primed the margin line with a pot of chopped worm and was constantly dripping in casters.  After all I did have 5 pints of it!

Hour 2 quickly went by and Pip who was next to me was catching some quality barbel, carp and ide in his margin line.  My plan was to fish out the far bank and then try short.

Hour 3 and the far bank was slowing, so I also tried the margin line.  Elastic came streaming out of the pole and a lovely barbel was soon in the net.  The margin line was taking a little longer to get bites, but it normally resulted in a good fish.

Once I started to catch skimmers in the margin it was time to put another pot of chopped worm in and fish over while the margin settled.  This was pretty much the routine of the day.

Meanwhile, Tony who was next to me had hooked a fish and while shipping back his top 4 came off... Trevor Jeans to the rescue and he retrieved all the sections intact.

Pip was still catching down the edge and bring up some right lumps!

I lost a couple of barbel in the margin and then the carp moved in giving me some great sport on relatively light gear, using Nick Gilbert's white elastic.

Another great day in the sun, not too much wind to hamper fishing the long pole across and before I knew it, I'd used up all 5 pints of casters, most of the worms and the maggots.  Luckily the all-out was called and it was the end of the weekend.

Result
50lb 14oz was the weight for me.  I had to get on the road, so I'm not sure where I came in the section.  Pip had won the lake with 70lb plus of some quality fish.

Conclusion
Only one quiet spell in the match for me, I was catching regularly throughout so I'm not sure I could have done anything different.  I was surprised that pinging casters was working as well as kinder potting chopped worm in, so that is a lesson learnt for the day. 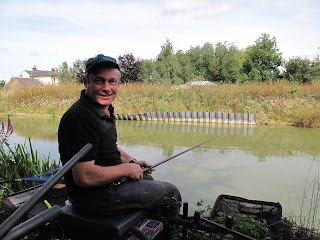 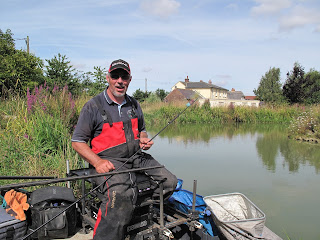 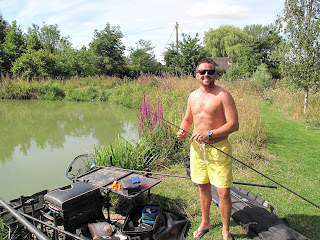 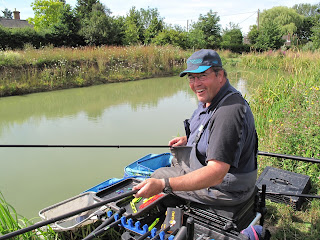 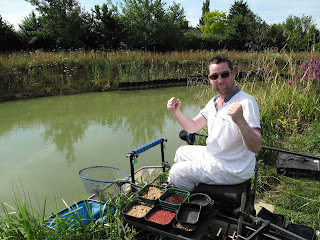 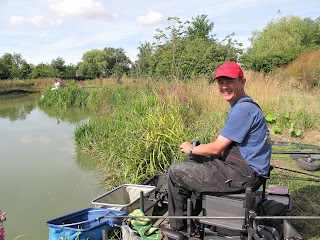 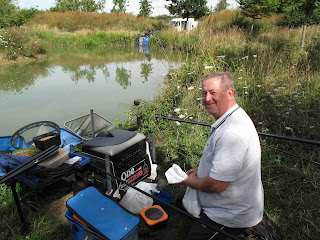