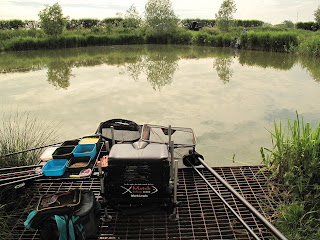 After such a big night after arriving, Monday night was a bit quieter which helped everyone in the morning as there were some fresh faces rather than hung over ones!

Today we would be drawing to fish either Willows or Laurels and again tomorrow the draw would be both lakes pegs in the bag.

The Draw
Peg 40 Willows, I’d been here before on the festival, in fact last year...

All-In
While I was setting up I noticed a lot of activity in the stick ups to my right, so at the all in I decided to put a bait straight in the area.  As I was laying the rig in the elastic came out of the pole and a fish was on within 20 seconds of the all-in... thats a first.

I took another six fish from from that area before the bites dried up, but a great start to the match.

I changed to the 14 metre line fishing shallow but after an hour only managed two fish.  Even trying full depth it was clear the fish were shallow due to a couple of foul hooked fish.  Even after shallowing the full depth rig I just couldn't get a bite.

Moving onto the 5 metre line earlier than I expected it was definitely a day when most of the lads were struggling for fish.  Choppy on the other point was catching well, although Gary and Mal were also struggling.  I couldn't see what the lads behind me where up too.

I could not put a run of fish together on any line at all.  I was trying the long line, the five metre line and the stick-ups.  Finally I got a bit on the five metre line, it was a large fish and powered straight over to the right hand side stick-ups and beyond snagging me up an presenting me with a bit of a problem to get the rig back.  I ended up passing the pole around the trees and eventually getting all but the hook length back.

I was most definitely sunburnt and very pleased to hear the all out.

Result
26lb 10oz for section fourth. I managed to get my ‘guesstimate’ and pip Gary’s guess of 1lb 10oz out from his actual weight… so a quid to me thank you.

Conclusion
A very hot difficult day for me, I just could not get any lines going at all. Weights on the Willows were down in most areas.

Others in the Section... 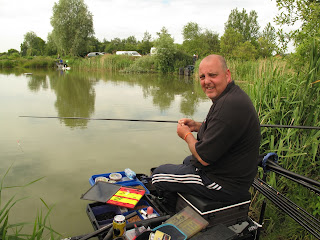 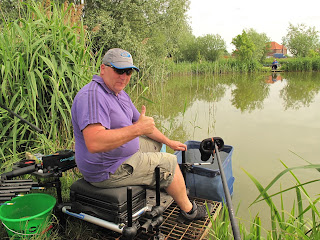 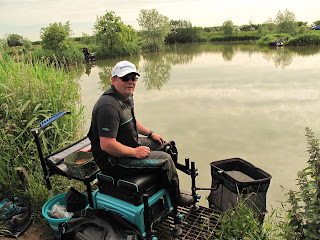