September 12, 2016
Munkees vs Shandies 2016 and it was an early start from London to get to the 9:15am draw.  2015 saw the Shandies victorious so the Munkees pride was at stake to regain the crown!

It was great to see everyone, including the usual abuse from everyone!

Today would be the team event, 4 vs 4.  The team I was in consisted of Scone, Andy T and Andy Kinder.

The Draw
The board that was chosen consisted of pegs on Pool 5.  My placement was Peg 84 which was a long feeder chuck and also next to Pikey.

We would be fishing 11am while 5pm, so plenty of set-up time with the draw being at 9:15am. 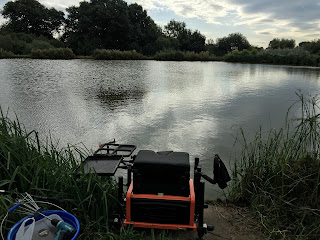 Set-up
I set-up the 11 foot extreme feeder rod with a 30gram gripper mesh feeder.  I also set-up a 5m and margin pole line.

All-In
Immediately out on the feeder for a number of reasons.  To get used to the bigger cast and to try to dominate the line as I knew Pikey wouldn't be on that line.  Again taking my lessons from Andy Kinder I was casting every 3-5 minutes and trying to get the feeder to "plop" into position next to the boards opposite.

I was into fish on my second and third casts with six fish on the clicker in the first hour.  Pikey commented about last year, "remember you got off to a good start last year only for me to get you i the closing hour?"... yes I remember it well!!! 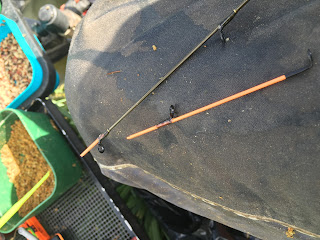 I kept going on the feeder as the fish were there and the bites continued.  That mantra in my head, "don't come off feeding fish"...  Unfortunately this blog post may seem a bit boring as I stayed on the feeder until around 2:30pm when the line died off.

I had a 30 minute look on the 5 metre and margin lines which resulted in a few fish, but nothing regular, so back on the feeder line to an instant bite.  My day was going really well until I broke the tip of rod...grrr...

A quick re-rig and a new tip installed and I was straight back out there against the boards with carp coming to the net.

The final hour and Pikey was coming back into things (as he does)... a few larger fish on his paste line.  The all-out was called and I was sure I'd beaten Pikey!

Result
I tipped 110lb on the scales, way off my 140lb estimate which of course became the butt of many jokes.

Pikey did me by one fish and weighed in 113lb.  Nice one Pikey!  This resulted in a Munkee Shandie tie on Pool 5

Overall however the story was a little different!  Go the Munkees, a 4 point lead!!!! 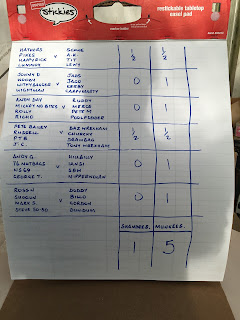 Conclusion
The feeder line kept on giving so I had to stay on it.  I really felt that I couldn't have fished the peg any other way.  Pikey of course was very relieved that he didn't get beaten by Lewy...  that wouldn't have served him well in the bar later! ;-) 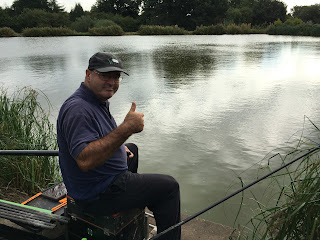 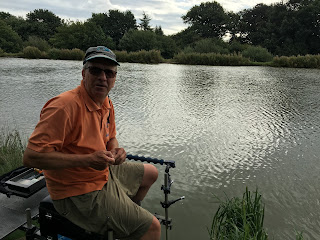 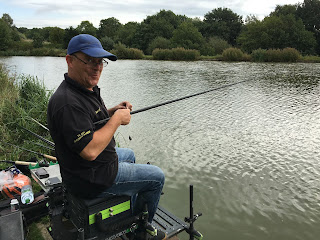 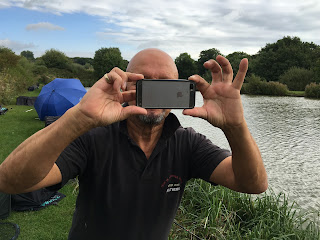 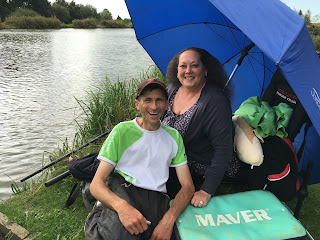 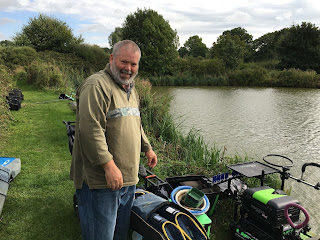 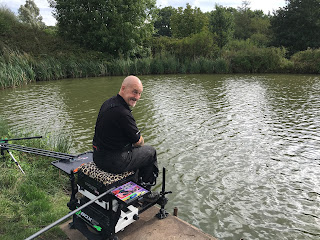