March 14, 2018
We were greeted to the second day with ice on the lakes and a very cold easterly wind.  The beast from the east was heading our way that was for sure.

Animal was heading down for the night and he was cooking for us too, bonus!  Yesterday was a tough day for all with Captain and Col Merce leading the festival so far.

Today it was our turn for Pines that mostly had a thick ice lid on top of it!  Negative feeding would be the order of the day.  I was also up against Big Nige in today's knock out.

The Draw
Well at least I'm not on Woodpeckers!  Peg 3 would be my home for the day however before I could even set up it was time to break out the ice breaker.  Luckily Peg 3 I was able to access from both banks so could break the ice across the lake.

It took an hour of effort however I was rewarded with a lovely clear wide channel to fish.  My neighbour was John Nugent one of the new ASBO's.

Set-up
Pole setup today as I was guarded from the wind by the trees.  Hathers has fished here the day before so I picked his brain for knowledge and followed where he had fished.  The lines were to the left and right hand edge of the ice channel at 10, 14 and 16 metres, with the 16 metre line fishing up the far shelf.

All-In
Today wasn't a day for cupping in balls of ground bait, so I introduced a nugget on each of the 10 and 14 metre lines.  Hookbait choice was dead pinkie.  Because of the freezing weather bites were at a premium and it took some time before the first dink of the float which resulted in a bumped fish.  I was using a hollow elastic that was too harsh for the conditions so I changed to my lightest elastic a hollow 2-6 which is still too harsh to be fair.  Must change to a solid number 4 when I get home!

Next fish on my left line was a small skimmer followed by a roach.  John next to me was catching on his long line also.  I'd heard that Big Nige had landed a nice tench early too so I had it all to play for.

The final couple of hours I switched to a 3mm expander pellet after topping up with another nugget of ground bait on my 10 metre left line.  This was rewarded with one of the larger carasio's that Paul had stocked.

My phone rang showing a withheld number, now I was waiting for a call about a job so I answered it, quick chat and I was offered the job which I duly accepted.  I was over the moon to say the least. 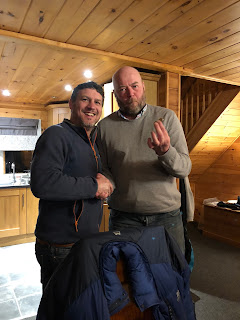 Bringing my rig back in after the call I spangled it!  However I had a new job so wasn't too worried.  Tangle sorted, double pinkie on the hook to celebrate, float dinks and a lovely tench graced the net.

30 minutes later, the all out was called and I was pleased with the catch today but really didn't know where I was in the section.

Result
3lb 4oz for the section win pipping Rob A by 1oz!  At last a decent result, another golden nugget from 76TB and some money for the lodge pot!

Conclusion
Negative feeding was the order of the day.  The long 16 metre line I actually tried to dob some bread as there are very few carp in Pines and was hoping to pick up a tench or carasio.  The left hand line at 10 metres produced all my fish.  I'd fed less than a pint of ground bait all day and used very little bait but got a great result! 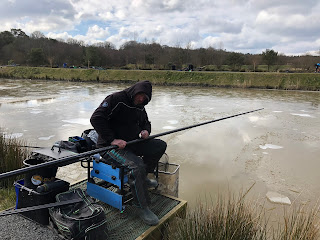 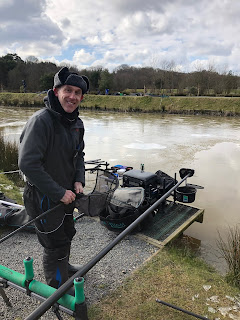 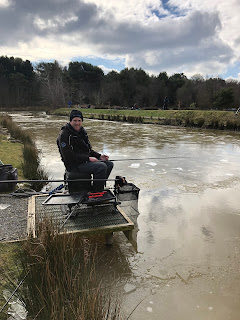