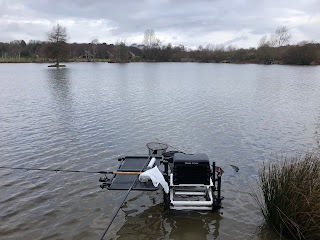 Everyone survived the Curry night with just about everyone on the festival attending. No naan breads on John Beesley’s head, 76 Trombones challenged the chefs to cook him their hottest curry (silly boy) and Darren Fisher (cannot draw for toffee) tried his first cu
rry dish!

The Draw
Beatties today, a lake we have never fished in the silvers festival and it had been throwing up some mixed weights. It was clear though that nobody wanted the shallow end pegs 6 or 7. So, there was no surprise for me to be sat on peg 6, at least I had Alan Mac as my neighbour.

Setup
I seemed to be following Jamie Howarth around drawing his pegs. He told me not to even bother with the pole as it was just too shallow and to grab my wellies as it would be easier to sit in the water to clear the cast from the trees. So it ended up quite a simple set-up, one waggler rod and one feeder rod.

Waggler was plumbed up in the deeper water at around 20 metres. The feeder rod I search around and found deeper water off to my right.

All-In
Now for the fun part as I didn’t have a cupping kit. Six groundbait balls with caster went in on the waggler line and plenty of other lines at the same time! It was like fishing when I was a kid chucking in the bait.

The feeder line I put 6 large feeders packed with pellets and corn. 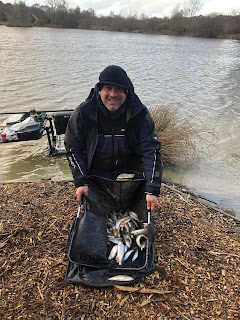 I fished the waggler most of the day with plenty of bites. When bites slowed down I changed the depth of the float and got back in touch with the fish however I never managed to get the better fish lined up.

After about 3 hours on the waggler with the line slowing and the wind getting up making it very hard to feed caster via catapult I dropped onto the feeder line with some hair rigged corn for 30 minutes.

The tip would rattle as it was clear the small fish where on the bait however, nothing substantial came on the line.

I continued on the waggler line both at full depth and also half depth and before I knew it I was calling the all-out.

Conclusion
I had caught fish all day, except the 30 minutes I spent on the feeder line and could not believe I ended up 6th in section.

It was a great day, time flew by, just needed to figure out how to catch the larger roach and I most definitely need another waggler rod that I can play with the depth and have a duplicate set-up.

A great victory by Big Ben down on Peg 2 putting him in contention for the festival win! 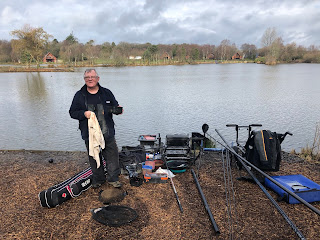 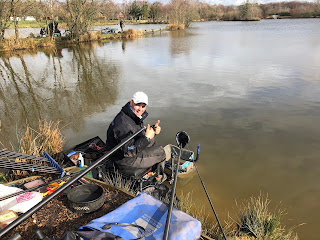