March 25, 2012
I entered the Talk Angling 2012 Individual Series via an invite from a fellow MatchFishing Scene member, Nick Roberts, kindly sponsored by Yorkshire Baits.  The first match is at Bowsaw and Billhooks Lakes in Hampshire.

We all met up just off the M3 and we were soon weaving our way through the country side to the fishery.  The satnav would have got me there, but Terry Turnip had a much better route.

The Draw
The usual unorganised line started and I pulled out peg 13, which is the furthest away, but it is an end peg, maybe it would be luck for me today...

I decided on a method feeder and pole attack, the picture shows the different lines I chose.  Sparky, next to me pointed out the lilly pads near the method line, they were to play a part in my match, but more about that later.


Plumbing up, I could use the same rig for all the lines except the open water pole line.  Depth ranged from 3 feet to 4 feet.

Bait for the day was corn, 6mm cubed meat, dead reds and pellets.


The All-In
I was ready well before the all in was called, so walked the lake and grabbed some pictures of the lads.  Only one put up a struggle, Big Si (Carp Slayer) wanted me to catch his best side, I think I did a pretty good job ;-)


I primed the two long pole lines with dampened down 4mm pellets, some corn and meat and went straight over on the method line.  Within 2 minutes the tip went flying round and the first fish was on.  I got it all the way to the net and it's first swirl it promptly came off...

I carried on the method line for 90 minutes and managed to put 3 small carp in the net.  These fish fight hard for their size!


Trying the pole lines for the next 20 minutes with 6mm expander pellet as bait I didn't get  touch or any indications.  So I topped up the lines hoping some fish would move in later.  Back on the method.  The bites from the carp where occurring after about 20 minutes which seemed quite a long time to wait as Spark next to me was hooking up quicker.


The problem was the lilly pads, I was casting into them and would snag up, this knocked my confidence that the method feeder was properly in place, so I tried casting short off the line clip, but nothing.  The match was not going to plan!

Trying the 13 metre lines again I hooked a couple of small roach, but again nothing substantial and the lines weren't producing the goods.


I took the decision to start a new pole line on top 2 and 2 sections, cupping in a ball of micro pellets along with some dead reds.  I left this line for 30 minutes and then went over it.  It produced a decent skimmer and a number of roach and perch.

The last two hours of the match I cupped in sweetcorn and meat on the margin lines, but these produced nothing for the tempting worm hook bait.


The match was very frustrating and the all-out couldn't come quick enough.

The Result
7lb 8oz for 3rd bottom in the section.  A poor start to this series for me ;-(

Battered by Sparky on peg 11, Steve on Peg 1 won the match with 69lb including a 17lb plus horse!

Conclusion
All day I was faced with a mill pond, no wind caught the water and created the desired ripple, plus the wind was blowing out of my peg down the lake towards peg 1, the results speak for themselves.  The submerged Lilly pads that Sparky had pointed out cost me 4 fish and also knocked my confidence that my feeder was down and not snagged.

I could not get any fish shallow and think that the area didn't contain that many carp and if I hadn't targeted the silvers later in the match my result would have been a lot worse.  Hopefully the next match at Wood Lane would be better.

Still a lovely day and a great fishery, at least I got a tan! 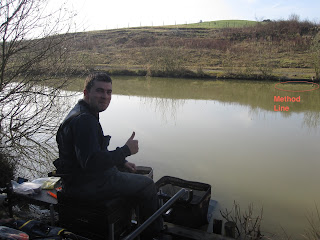 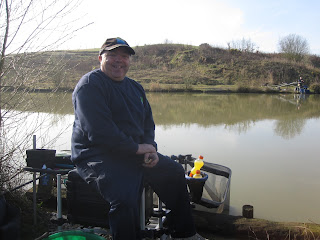 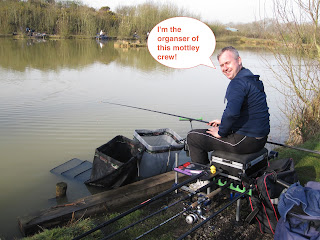 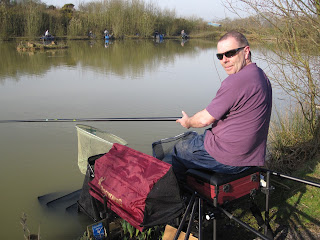 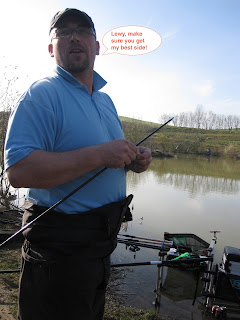 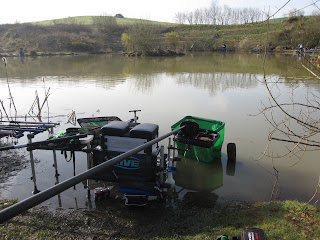 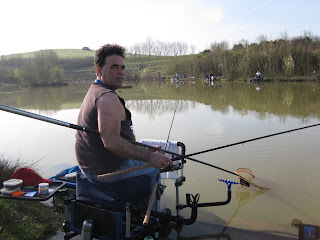 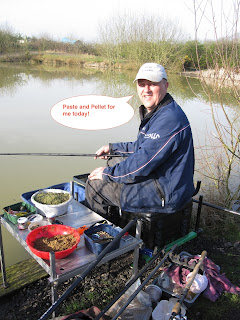 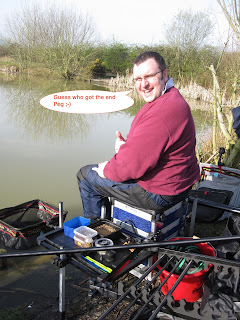 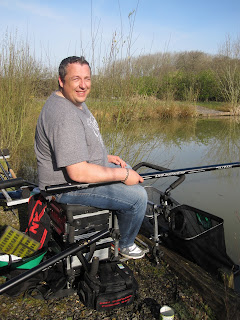 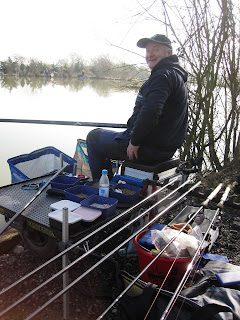 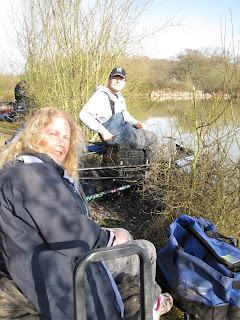 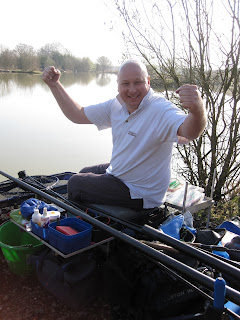 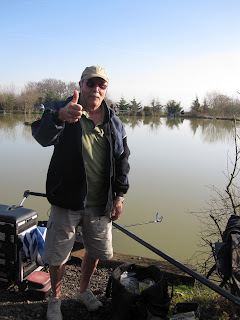 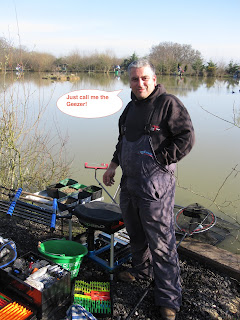 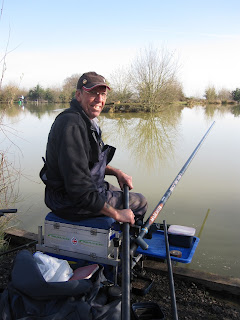 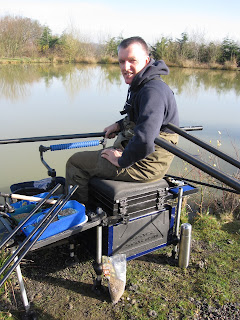