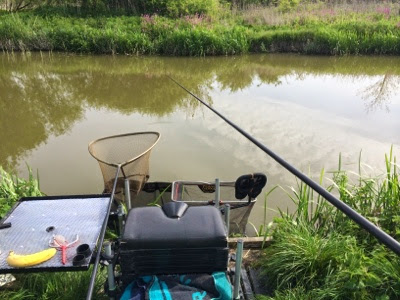 The previous evening in Salisbury was a normal Withy occurrence with us all decending on YOYO's bar and ordering 13 Rum punches in one round!  The poor bar staff certainly earned their wages that night!  Some more drinks in the Kings Head and back to the kebab shop for some late night food.  The most memorable part of the evening had to be Giles who nipped for a pee, walked to the end of the bridge jumped the wall only to find the drop a little further than expected and ended up in a pile of nettles!  Could this be a dildo award nomination?

The Draw
Arriving a little late for the draw I found out today would be on the inner snake high peg numbers, aka Cyanide or Suicide straight!  I drew Peg 59, mid way down the straight and once again was next to the Bard and also Bez for the day.

The Set-Up
Peg 59, the far reeds were definitely calling for a rig far over.  I also had an area which was cut back so that would also be targeted.  Three main lines today:
Bait as per the previous day, Maggot, Luncheon Meat, Corn, Expander pellets and dampened micro's.

The All-In
While setting up there was plenty of carp cruising round by the far reeds so this was going to be my opening gambit.  I potted in some corn on the track line and then went across with a rig at full depth kinder potting in some corn and micro pellets hoping for an early fish.  Lifting and dropping the rig resulted in nothing.  It was clear the fish were mid water so I quickly shallowed up the rig to try and tempt one of the larger carp I could see mulling about... still nothing, that was the first 30 minutes gone!

I noticed that most of the other lads were fishing short, so I decided to pot in some corn on the far bank to in an attempt to get the fish down on the bottom.  Fishing the track line with double dead red maggot I soon got into the silver fish with a few perch and skimmers.  I topped up the track line with micro pellets, just as I had fished Barnmoor the day before in the hope that the skimmers would get larger and that the carp may come along.  This didn't happen...  In fact not many carp were taken early in the day. 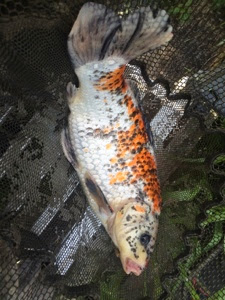 More carp kept on cruising past so I quickly changed my far rig for a "dobbing" rig to try and get some of the larger fish.  At this point Bez came and joined me, he wasn't having much luck either!  Peb's who was on another section also came for a walk round as his section wasn't fishing that well.  The lads watched me trying to dob the fish that were passing with no luck whatsoever until I hooked two small rudd!

I'd spent an hour dobbing with no results to show for it and the time was ticking on.  Changing the rig back I went to the far bank and finally hooked a carp.  When it came to the net it was more like a fish you would find in your pond, a beautiful koi, not massive, but it was a start!

Meantime, the other lads were starting to get fish on their short lines, so I went back over this line after a brief look in the margins.  Still no carp, but some more silvers.

The whistle went and I hadn't produced a good result, but hey, Withy isn't really about the fishing, rather the craic with the lads

The Result
9lb for a section 2nd last!  Sconey topped the section, beating Shedders by a one pound.

So I had to give up my quid to Shedders and Sconey that I had won on the Saturday and worse still one to Colin K who made a guest appearance for the Sunday!

Conclusion
The snake lake, aka Topmoor at Withy is an odd place.  The fish tend to disappear to the areas where no anglers are.  The other sections did produce better weights than Cyanide straight.

A great weekend and the final fundraiser for the the Steve Ramsey Memorial.  The lads over the previous 10 years have raised 11,000GBP.  Peb's will be having a one day fund raising match at How End to continue the great work so far.  Withy 2015 will be next May Day holiday details to be sent out by Sconey on Match Fishing Scene later.  The fishery is already booked!

Thanks for a great weekend lads! 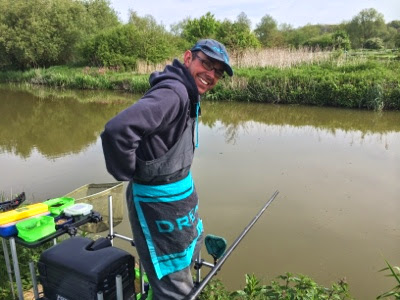 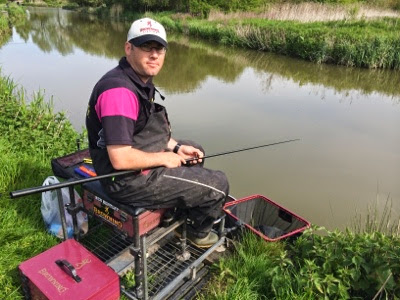 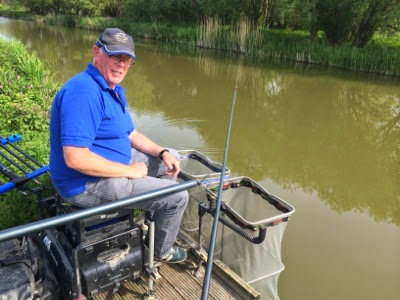 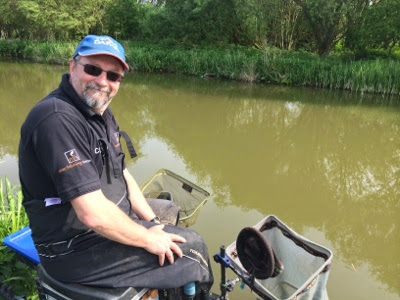 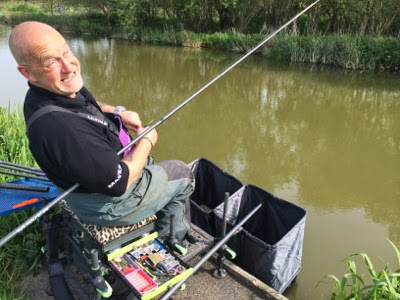 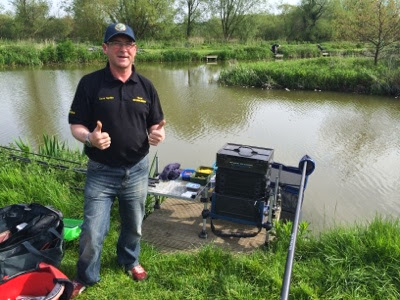