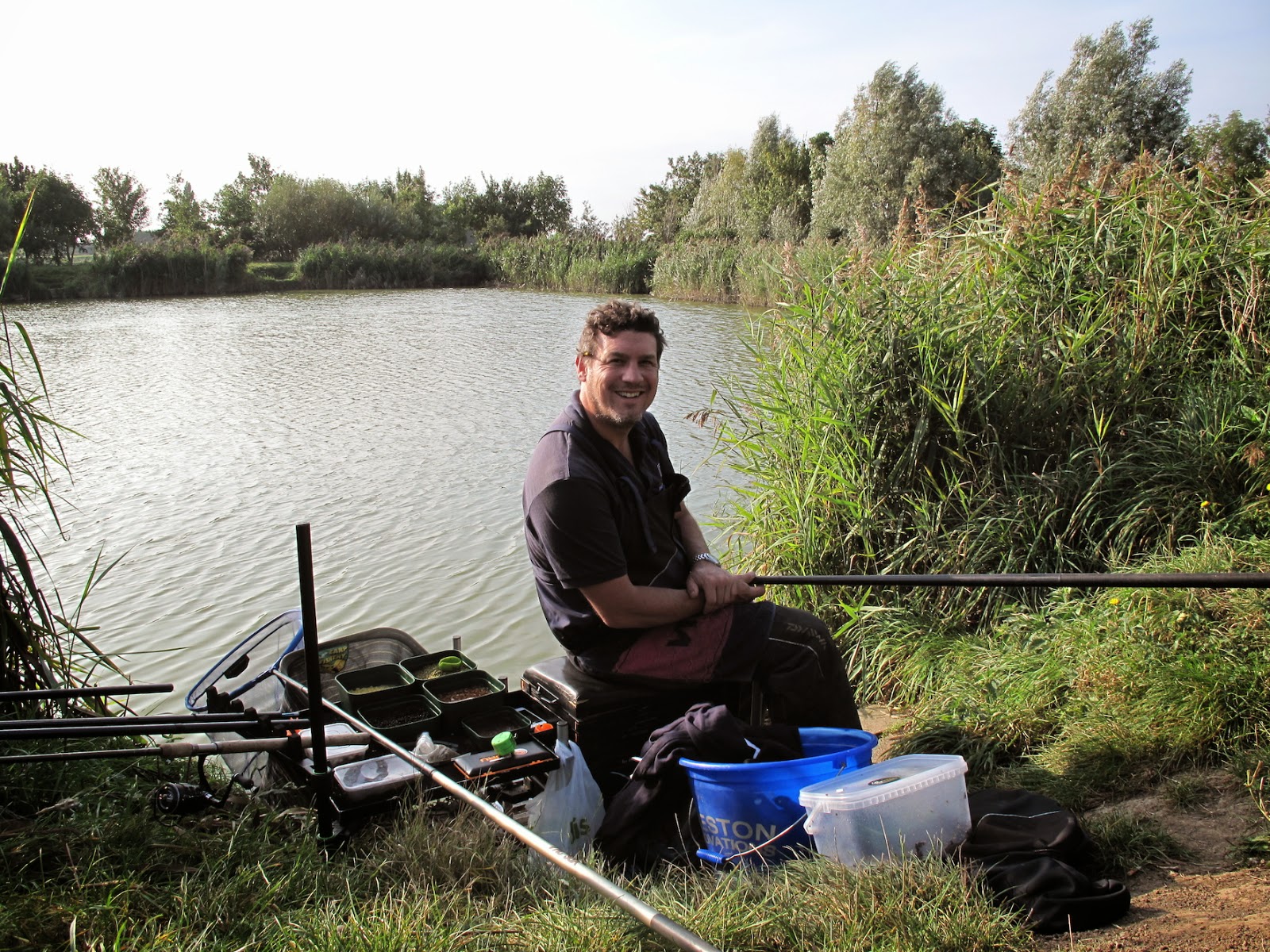 After 3 days at the Glebe, may as well make it 4 and I was closer to Cambridge than I was to London, so it was prudent to catch up with my old mate Mark to continue the battle for 2014 honours, maybe having a hot curry the night before wasn't the best idea...

We decided to fish at Kingsland Reservoir again.  The lure of large carp was just too tempting.  We arrived early and managed to grab two swims together on the big lake.  A club was also fishing the big lake, so we were keen to stay out of the way.

Mark chose a peg with a method feeder chuck to the aerator and I took the one to his right, one peg away from the nearest corner as you get to the lake.

The Set-Up
After 3 days at the Glebe I had plenty of sweetcorn left over, so decided to fish the following lines:

Surprisingly bait was sweetcorn, hemp, left over casters, worms and some expander pellets as a change of hook bait.  A simple set up.

The All-In
We were ready around 9am and had decided to fish until 3pm.

Straight onto the 5 metre line with a cup of hemp and corn and over it.  First fish was in the net within 10 minutes, today was looking like a good day.  After 30 minutes nothing else was happening, strange...  Next drop in, a lovely 8lb fish came to the net.

So, out with the feeder while feeding the pole line.  Meantime I was dripping in casters on the margin knowing that the large fish at Kingsland are often found here.

A couple of small carp from the method line had me wondering whether Richard had restocked the lakes lately as the fish were about half a pound each, perfect little specimens.

The fishing wasn't turning out as we expected.  Mark was struggling too. 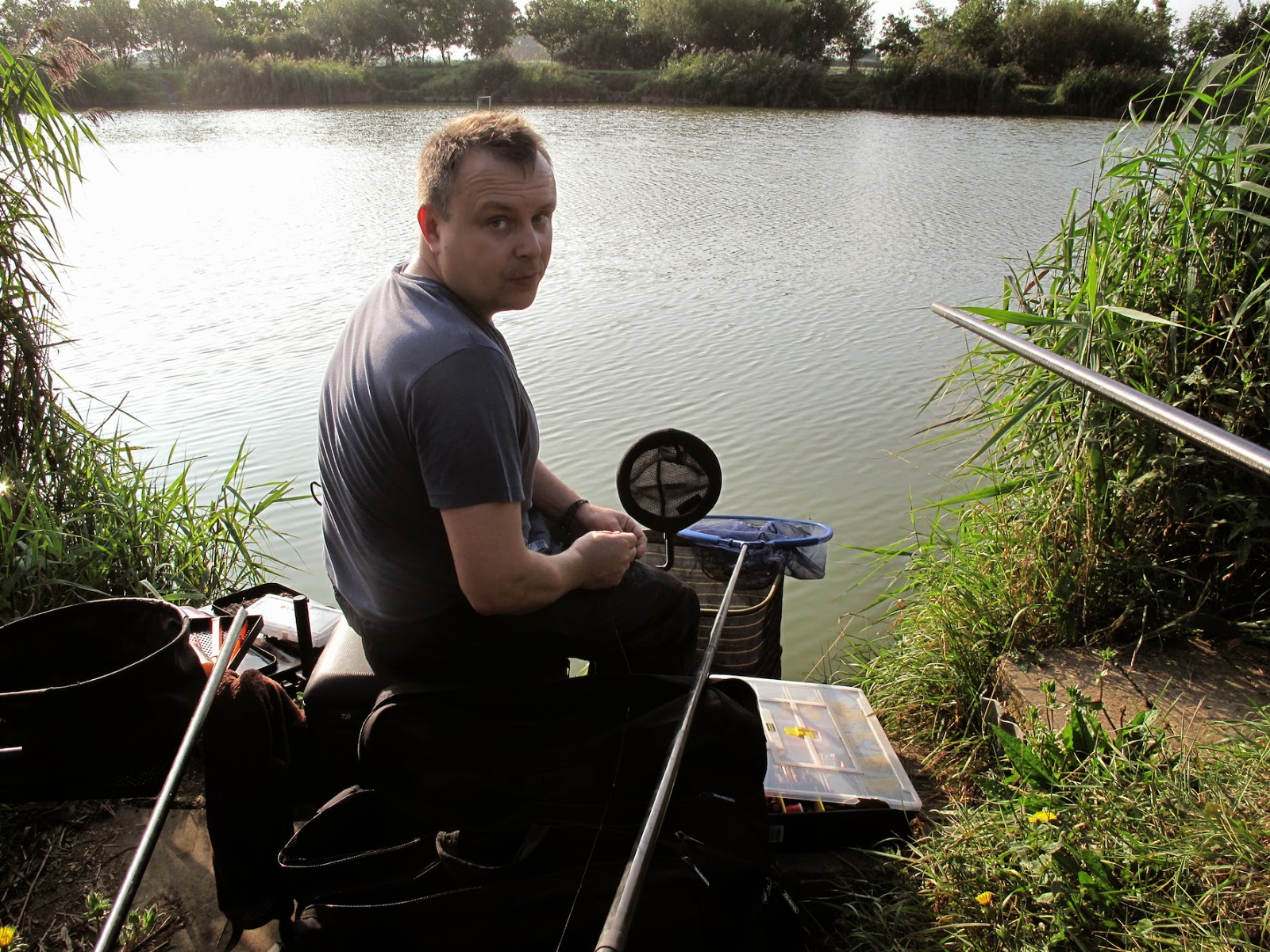 At 11 o'clock I heard that horrid sound of snapping carbon pole, Mark had hooked a monster which had bottomed his black hydro and the pole broke on the number 3 section (number 4 section for non tricast pole owners).  The fish had taken the rig, the elastic and the top two!

While he was setting up a new rig, naturally he flicked the method feeder out... 15 minutes later I heard a splash.  Thinking Mark had fallen in, but no, his rod had gone in.  I grabbed my feeder rod and ran over to his peg to watch his rod floating across out over the lake.  We managed to retrieve the rod and reel.  The fish was on for a brief moment then gone...

Things were not going well for Mark today... just like my Day 2 at the Glebe on the Munkees vs Shandies.

My 5 metre line wasn't working, although there were fish there, so I dropped the method feeder over it with double corn, nothing.  I did however notice that there were fish in my margin, time to try I think!

I had fed 3 pints of casters into the margin, dropping in double worm, I started catch carp, but not the size normally expected, again smaller specimens.  I decided to up the feed with corn in the margins.  With an hour to go I saw more swirls in the margin...

The first fish I torn off around the margins and over to the next swim, the rig came back after much pulling...  Not surprised as I was fishing 0.20 straight through.

Next drop in and a monster picked up the bait tearing straight out of the margins and across the lake.  I've never seen black hydro stretch so far.  Mark came over as I was playing the fish, it surfaced and looked an easy "Barney Rubble" or double figured fish for you none fishing readers ;-)

Back to the top two and bringing the fish in, the hook pulled!  Gutted!

5 minutes remaining and I dropped in double worm again.  A quick bite and off tore another fish, just like the previous lump, straight out to the middle of the lake.  I eventually got this one in the net, a lovely 8lb mirror.

Result
Mark had an estimated 30lb, I had around the same in my keep net, my two 8lb fish gave me the win.

Conclusion
My two lumps gave me the win as both of our keep nets were around the same weight.  A tough day at Kingsland for some reason.  Great to catch up with Mark.  You're two points down matey.... ;-) 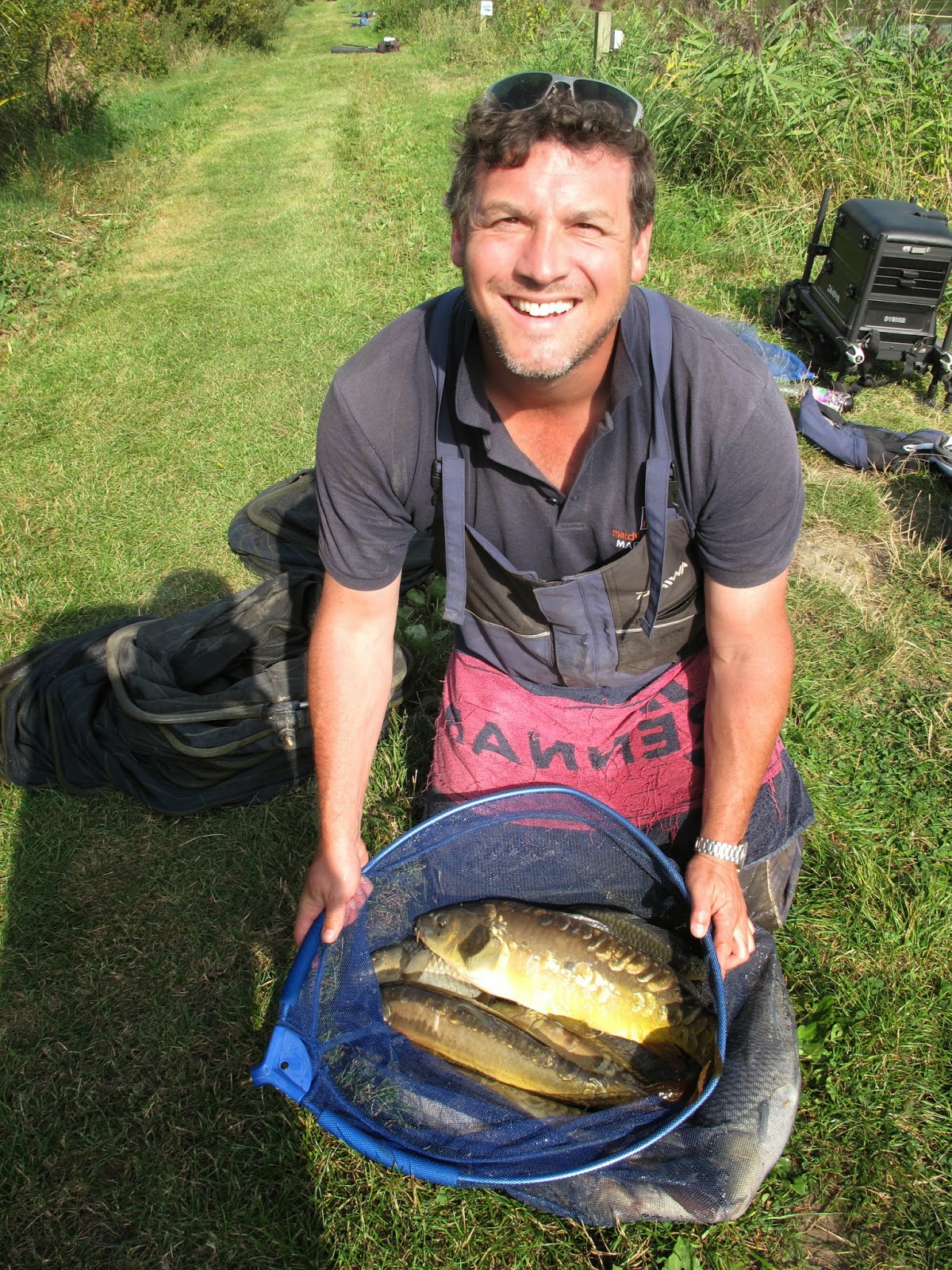 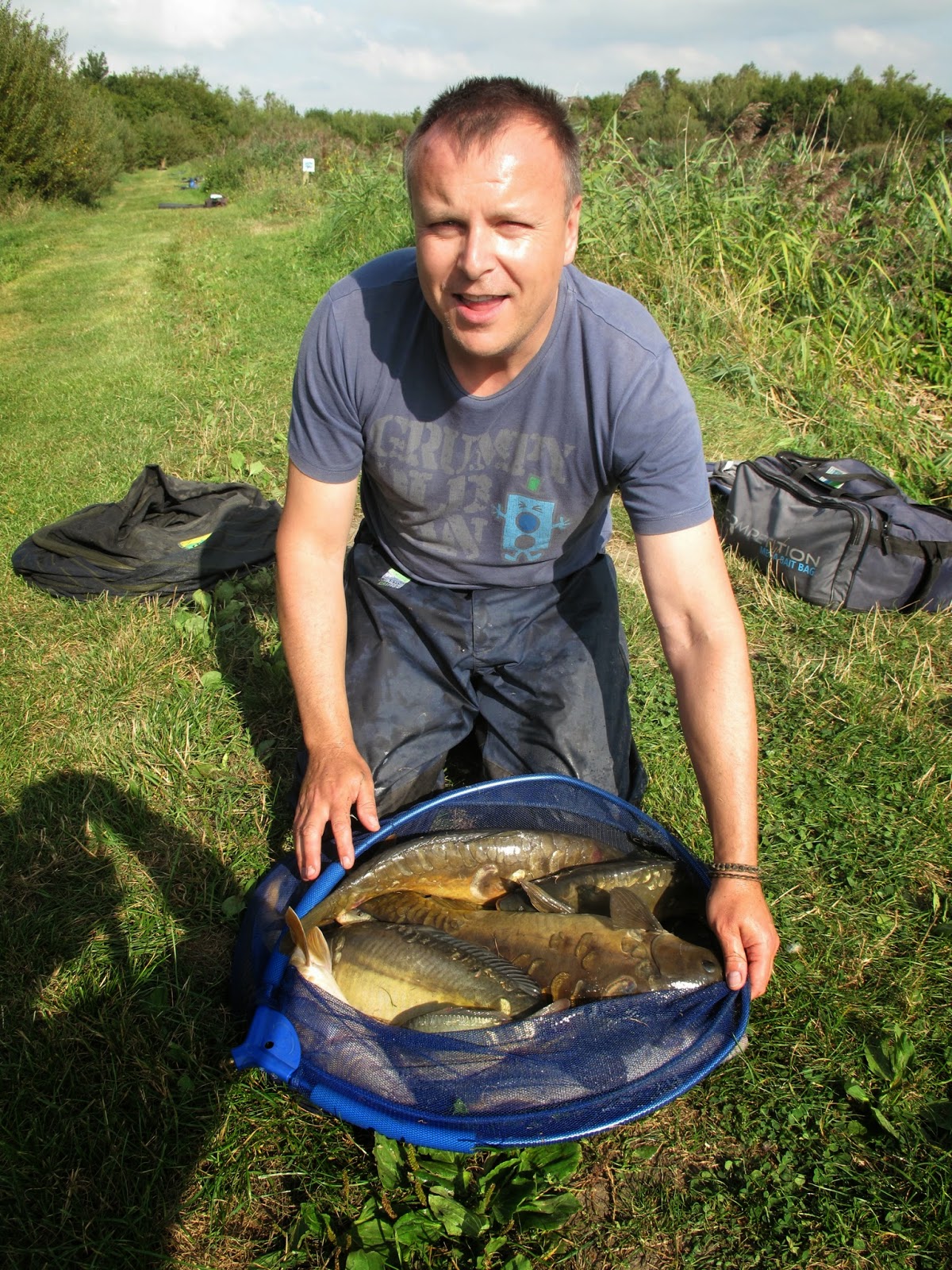 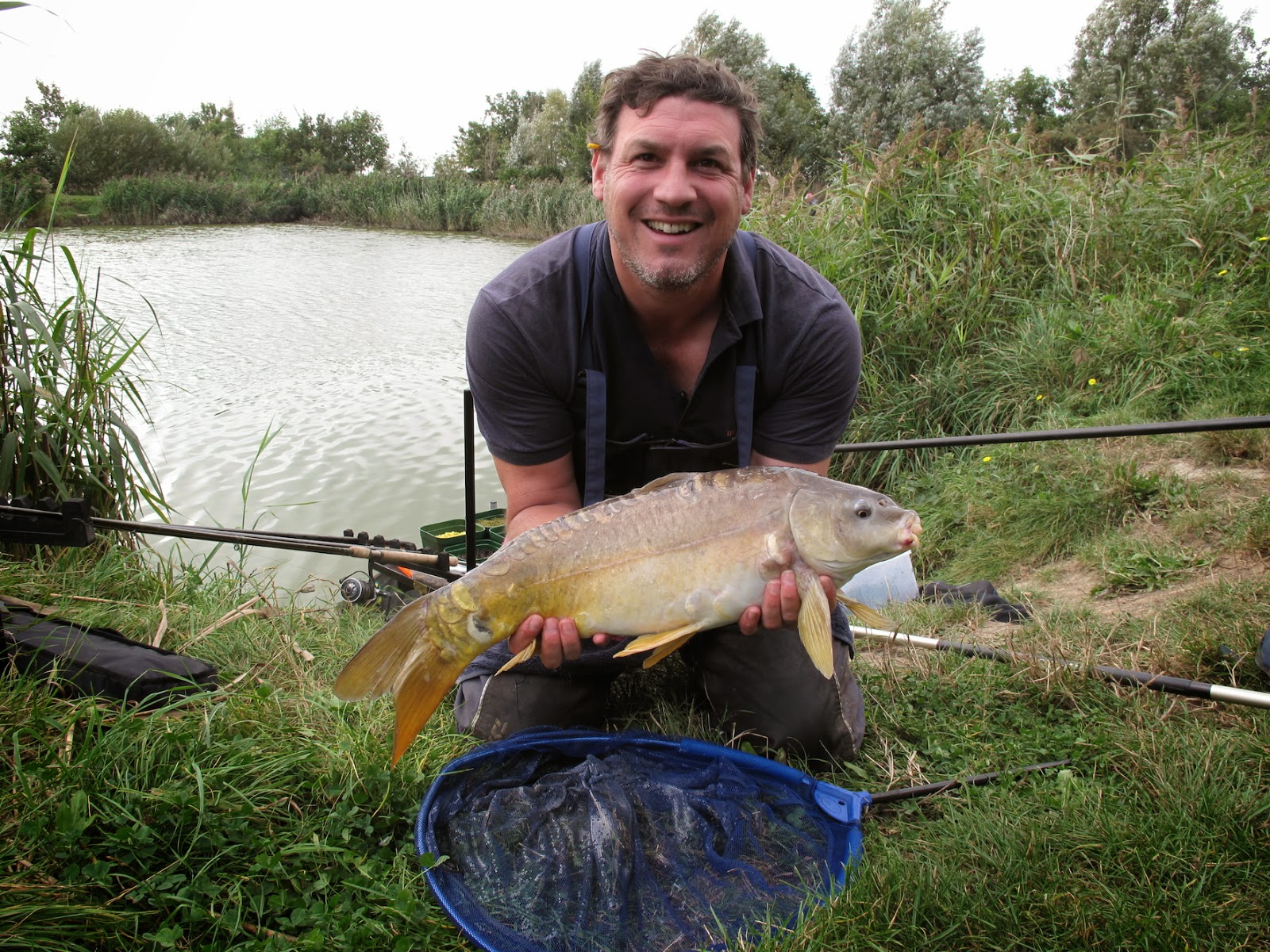 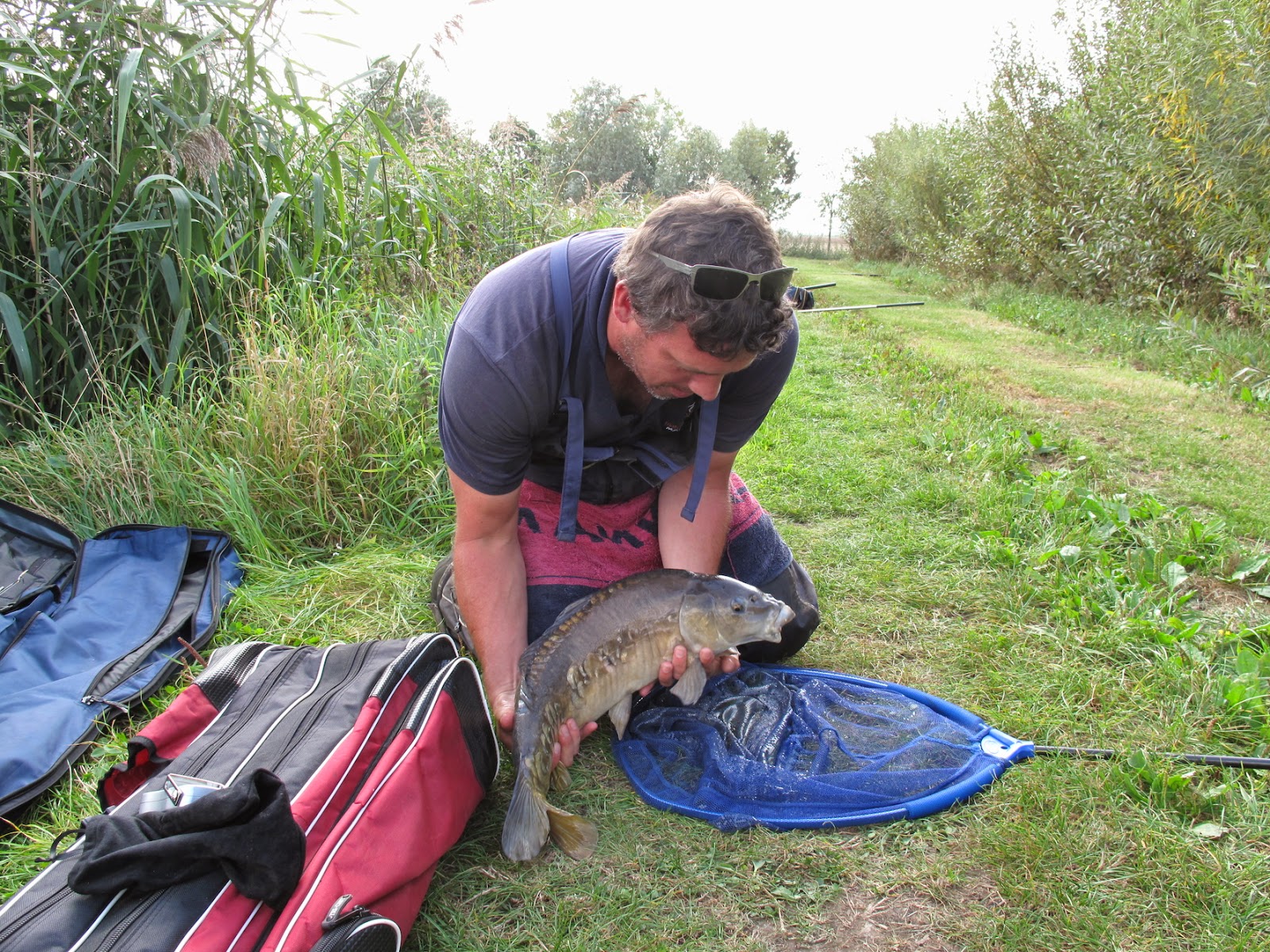 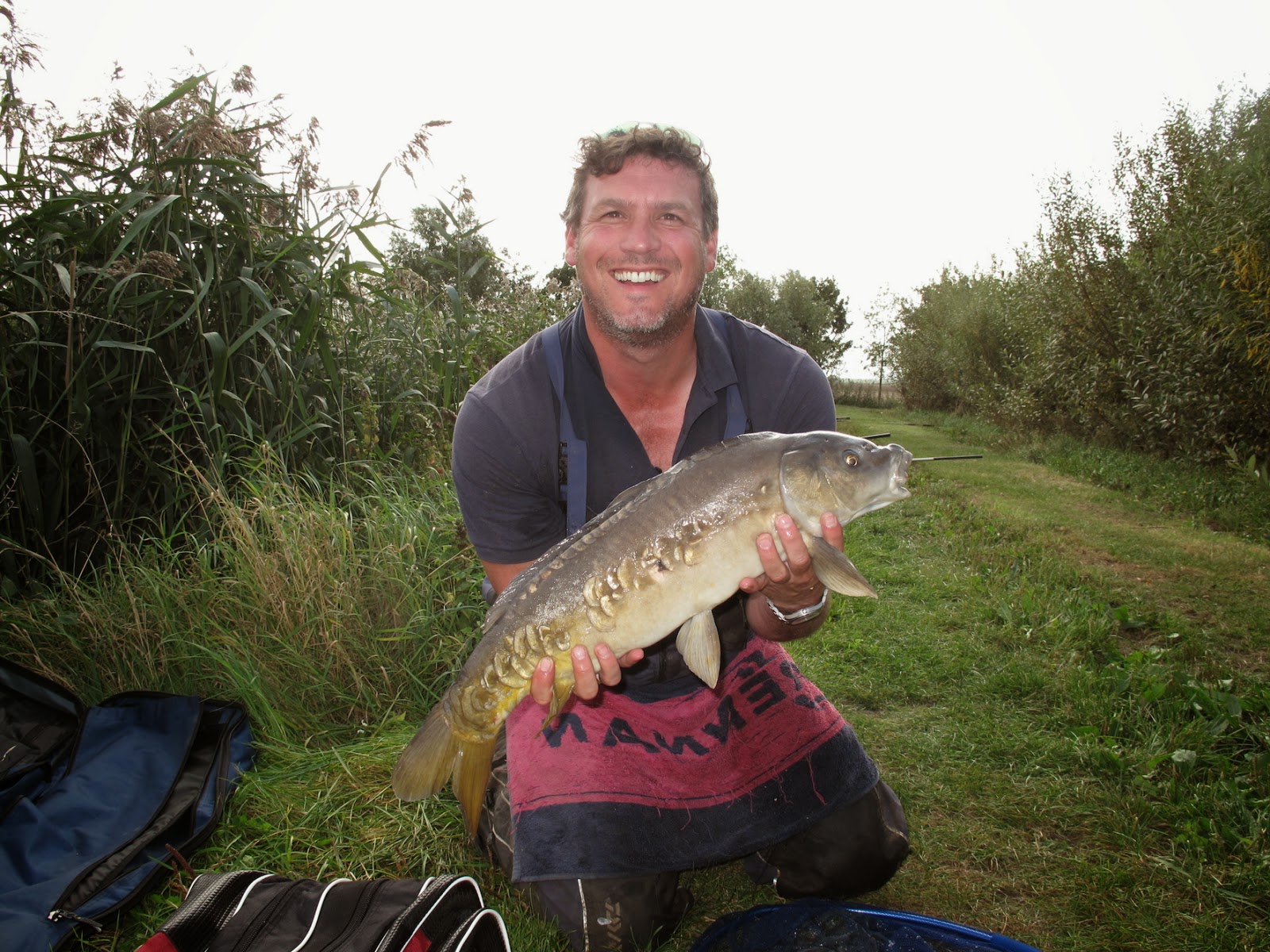