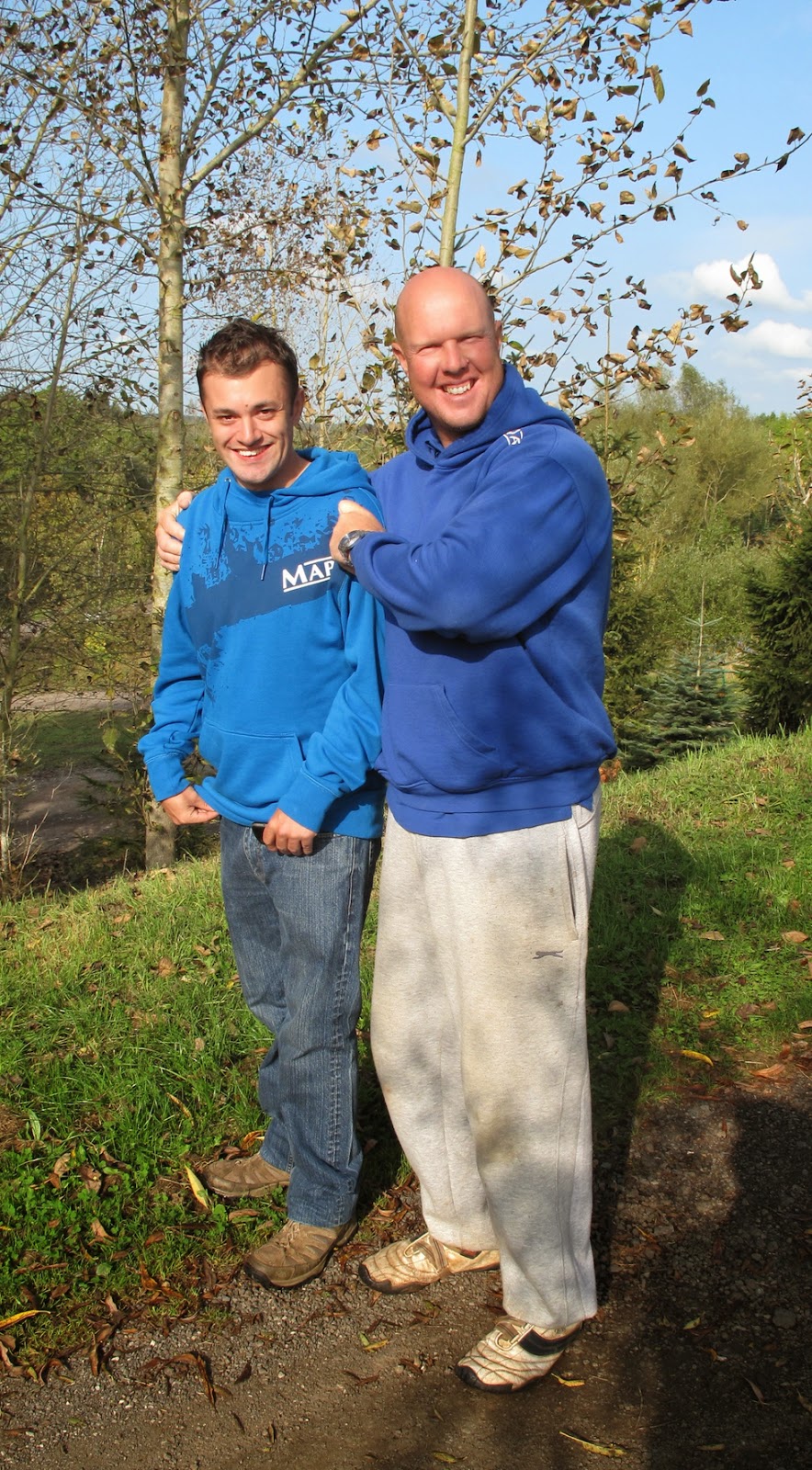 A surprise text message from Herbie on Friday night just before I was heading out for the night and a quick call to Colin (BNF) I found out that I was invited to the MAP Day out at Tunnel Barn Farm match with Andy May and Tony Curd.  I jumped at the chance especially as the day before I was fishing there with Paul Holland.

Another early start from London, but this time with no traffic issues that I had the previous day.  On arrival Colin was there with a couple of the lads.  Herbie kindly got my breakfast in, thanks Pops! ;-)

Today we would be on the New Pool which was behind Extension Pool that I had fished on Saturday.

The Draw
We everyone gathered it was a quick and simple draw.  My peg for the day was 35 which was on the corner with Herbie and Craig for neighbours.

The Set-Up
No rods with me today, so I set up three lines, 2 of which would compliment each other.

All-In
It was the quietest all-in I've ever heard, or not heard as the case maybe!  Given most of us are quite loud both Herbie and myself wondered whether or not it was the all-in....

There was no ripple on the water and after yesterday I potted in a quarter pot of pellets and went over with the full depth rig and expander.  Throwing a pinch of pellets at the float every 30 seconds, yes the fish were shallow as the rig was swirling around with plenty of fizzing in the swim so a quick change to the shallow rig.

After the first hour I had caught some fish, but not in the numbers I had expected, but again I had lost touch with them.

Over on the far bank I could see some tails in the water, time to go across.  Kinder potting in some 4mm pellets, the fish seemed to spook when near my float.  It was proving quite frustrating having only caught a couple of fish when clearly there were a lot more in the area!

Andy May's turn now... My rig was simply too light.  Andy grabbed a rig from my box, butchered what was on the winder and re-rigged a 0.4g float with a depth of around 6 inches on 0.14 with the hook tied directly.

It worked a lot better as it was more stable with the fish wafting about.

He asked me to pot in some 4mm pellets tight against the far bank and slide the rig up it also with an expander pellet.  "You won't miss the bite", Andy said and ooosssshhh he was right, fish on... a nice chunky F1.  Thanks Andy!

Andy then popped along to see Herbie, he was there a while ;-)

I spent the rest of the match chasing the fish on the far bank, only having one foul hooker in all that time, although the fish were of better quality I simply wasn't getting the numbers.

The all-out was called, well, whispered just like the all-in.  I estimated I had around 50lb in the net.

Result
44lb 14oz which beat Herbie and Craig, but no where near the section winner...

Conclusion
Big thanks to MAP, Andy May, Tony Curd and Match Fishing Scene for the days fishing.  I didn't fish the margins!  That I think was my downfall, chasing the fish over, it was just too tempting.  I had a great day, great to see many of the lads with a special visit from Animal, aka the Funky Munkee or Animal.  Fantastic to see you mate!

I would have had a quid with you prior to match but I completely forgot until after the event as I know you normally do.
It was difficult to keep tabs with them F1s and deffo fished harder than I imagined.
23 September 2014 at 20:12