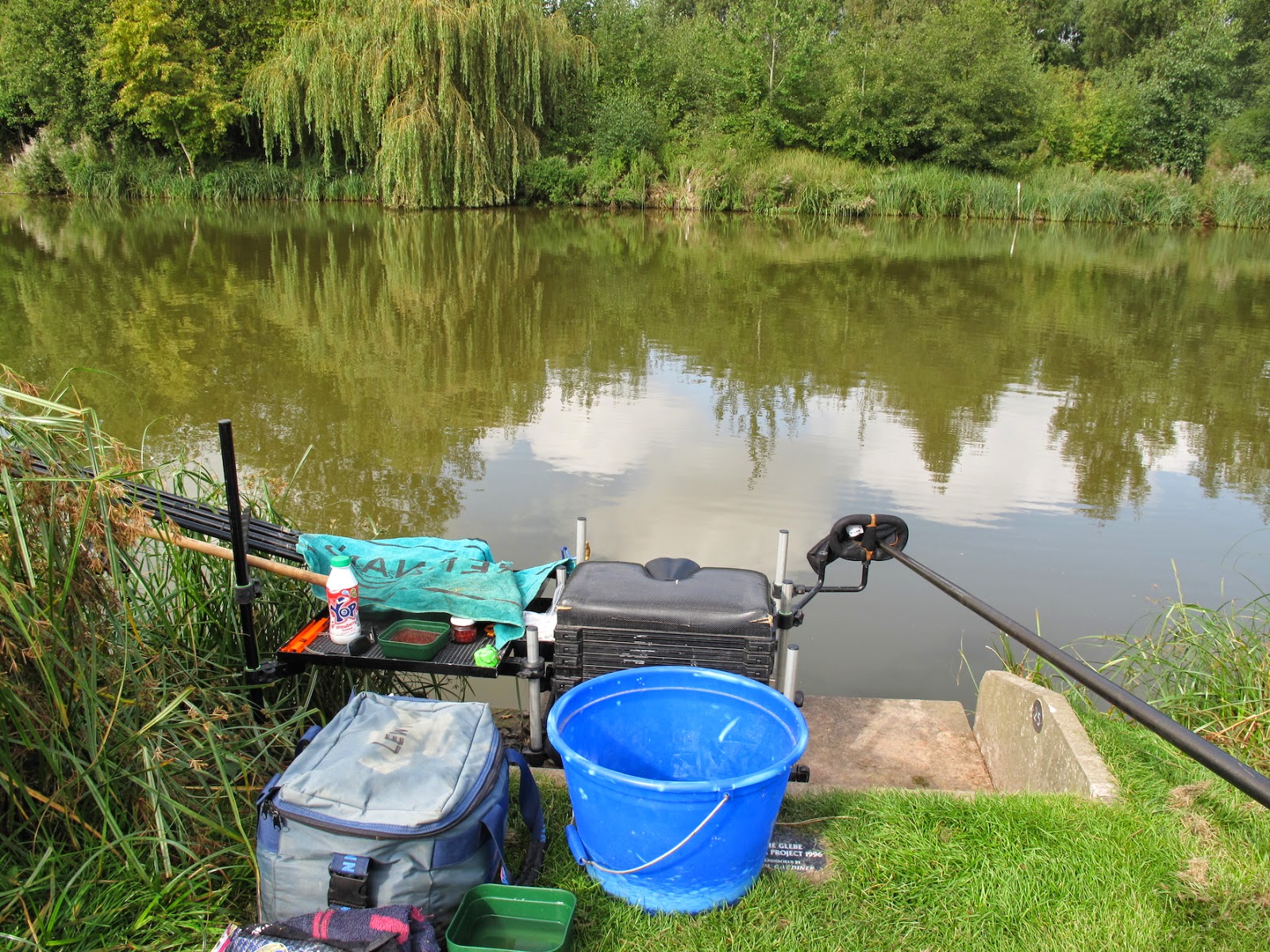 Finally, the Northern Munkees vs the Southern Shandies… I had a great 3 days last year with the lads and this has become part of my “must attend” events. The Glebe, a great venue. I arrived just after 8:30am after some rubbish traffic on the M1 and getting stuck behind a tractor on the run into the Glebe.

Most of the lads were at the Glebe and the banter started. It’s a great event organised and run by Sconey.

The Draw
In the section today was, Shogun (Munkee who was fishing for the Shandies), Dum Dum (Adam), Steve 50-50, George T, Iansi, Kenfish and Sconey. Peg 25 on Pool 1 was my home for the day.

The Set-Up
Remembering the advice from Andy Kindy, which was to set up the lines you think will catch you the most fish I opted for the feeder rod and 5 metre line.

I had a good selection of bait, casters, micro’s, sweetcorn, dead reads, hemp and worms for a change of hookbait.

Going straight across with 4 dead reds on the hook I was into a fish the moment the feeder hit the water and it felt a good fish! Playing the fish, I suspected it was foul hooked and as I got within netting range, the hook pulled… typical!

Steve 50-50 next to me was straight into a fish which broke the rig off as the elastic came flying back at him. Next thing, I see his float appearing on the far bank…

I stayed on the feeder line for the first two hours of the match and had put some good fish in the net, but it wasn’t as prolific as normal, so a quick look on the 5 metre line was is order. First put in resulted in a lovely 8lb mirror carp, then nothing…

I potted in mainly hemp and went back out on the feeder. The dead red’s were not producing the bites, so a change of hook bait was in order to a worm. The results were instant with the next carp in the net.

I fished the rest of the match mainly on the feeder and when it went quiet I would have 20 minutes on the 5 metre line which produced tench or skimmers. Resting the feeder seemed to work.

George T was catching some good carp shallow at about 13 metres and he was alternating between shallow and on the deck at 13 metres.

I was having a pound with Steve for the best weigh and also a bonus pound for the one who is closest in his estimate weight. Steve was claiming 54lb 8oz, I was going for 73lb. Steve weigh 73lb and was well out, so he ended up giving me 2 golden nuggets for his efforts ;-)

The Result
83lb for section 4th, but the Shandies had done us and they took the section point.

Conclusion
Changing the dead red hook bait on the feeder line for the worm kept the fish coming. While the feeder line was strong it didn’t produce the fish in the number I needed but I was happy with my result and pleased with the consistent casting across to the far side of pool 1.