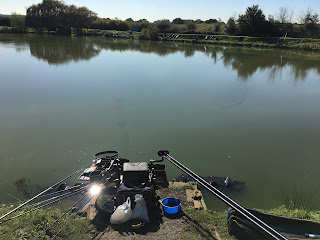 Following the success of last years two day event at Lake John in Waltham Abbey, Carl had secured the venue again so it was definitely a not to be missed event.  Everyone gathered at the cafe for some breakfast however with one exception, Hathers.  Unlucky for Hathers he had got stuck behind an accident on the M25, one which shut the motorway for a couple of hours and to top it all he was one of the first cars behind the rolling roadblock put in place while they cleared everything up.

Pemb Writing and Matt Godfrey were also in the cafe to do some filming for Guru on the small lake.  That is definitely on of the things about angling, you mix with the sports superstars in a way unlike the sports.

The Draw
Chris Vandervleit asked me to draw for him top which he ended up with Peg 2, which by the reaction of the other anglers wasn't the best draw in the world but we all know that Chris is a top angler and that the results would speak for themselves.

My draw, I ended up with Peg 14 which is on the right hand bank point somewhere I'd not been before.  Peg 14 doesn't have an island chuck although it has plenty of open water and a margin that requires you to swivel round on yourself towards Peg 15.

I was also in the same section as Colin so we had a cheeky pound side bet.

Set-up
Bomb and Pellet together with a tea bag is one of the deadly methods at Lake John.  So the 10 foot bomb rod was out to target the open water past my 14 metre pole line.

Pole lines were a simple choice where I could get the same depth using a single rig:

Bait was pellets, maggots, caster, worms and sweetcorn together with a large batch of groundbait.

All-In
While setting up there was plenty of fizzing in the peg, particularly on the Top 2 plus 5 line.  Lake John is a fishery where the fish love their groundbait, so I kicked off by putting in  balls of groundbait laced with maggot, caster and some corn on that line.  I'd leave this for an hour while fishing the bomb, pellet and tea bag.

Once the groundbait went in the fizzing erupted however I wanted the fish to feel safe munching on all the free offerings.  The first fish on the bomb line at around 18 metres was predictably a large skimmer.  I was leaving the bomb line in for around 15 minutes, once there was no sign, recasting to a different area... more skimmers followed, however no carp.

After the hour I went over the short skimmer line with a piece of worm without topping it up.  Still plenty of fizzing however the bites where few and far between.  Lifting and dropping the rig encouraged the bites however it wasn't producing as I expected.

I gave it 30 minutes before trying the long pole line, kicking off the swim with some 6mm pellets and corn dropping the bait in from a height to make some noise.  Nothing at all for 30 minutes which I was surprised at.

It was clear that while the skimmers and roach were feeding they where not feeding in a way to catch them as there was way to much fizzing.  Causing much frustration however people around me were also having a tough time of it.  The island pegs to my left had not had many carp at all and they were struggling which showed during the weigh in.

The final two hours I switched to the margin line cupping in 3 pots of neat, loose groundbait and following it in with a large worm.  After a few cracking roach and one decent skimmer finally a large carp was on.  Once it was netted Andy next to me agreed it was over 10lb and back in the lake it went.

This is a great rule at Lake John and assists the weighing in no end, well only those fish that are close to 10lb.  So, any fish that is clearly over 10lb is put back as agreed with an angler to your left and right.  You declare and verify your "put backs" and weigh your other nets as normal adding your 10lb put backs to your final weight. 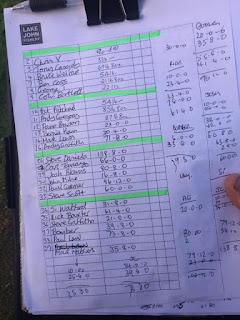 The all-out was called and it had been a tough day at Lake John.

Result
30lb 4oz for 4th in section crucially beating venue owner Colin for a pound.  Congrats to Stephen Daniels winning the day with 138lb and to Chris V for winning his section with 90lb.  Not such a bad draw after all Chris? ;-)

Conclusion
Chatting the the lads after the match it was clear that the fish wanted more particles amongst the groundbait, thus mainly ignoring the hook bait.  This would be a valuable lesson for tomorrows session.

My margin line didn't fish as well as expected and Josh (Shuar) would be on this peg the next day to show me exactly what can be extracted from that line.  Maybe it's time to sit behind Josh on a match to learn his margin secrets. 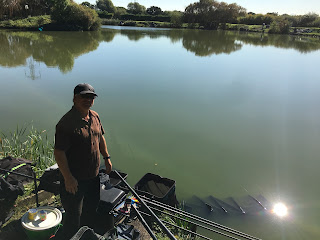 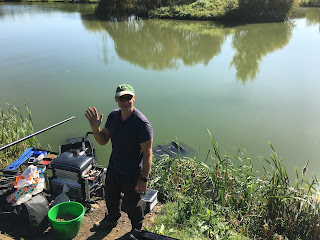 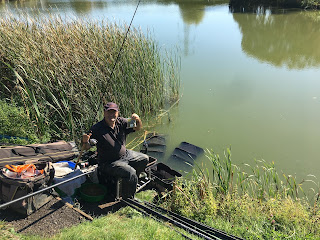 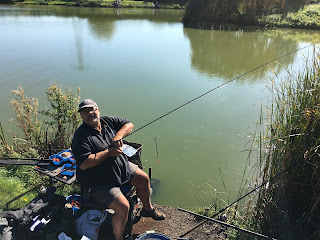 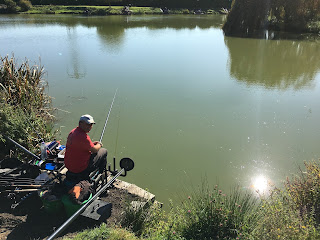 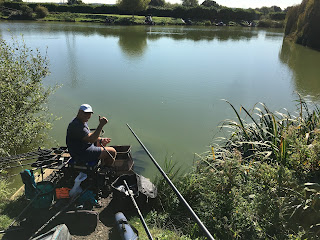 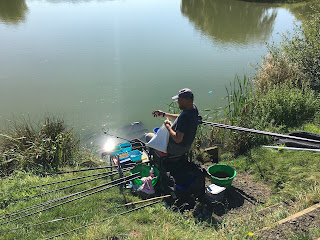 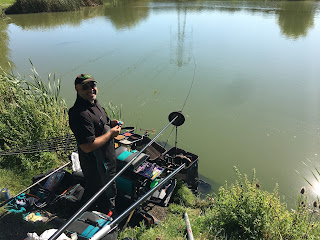