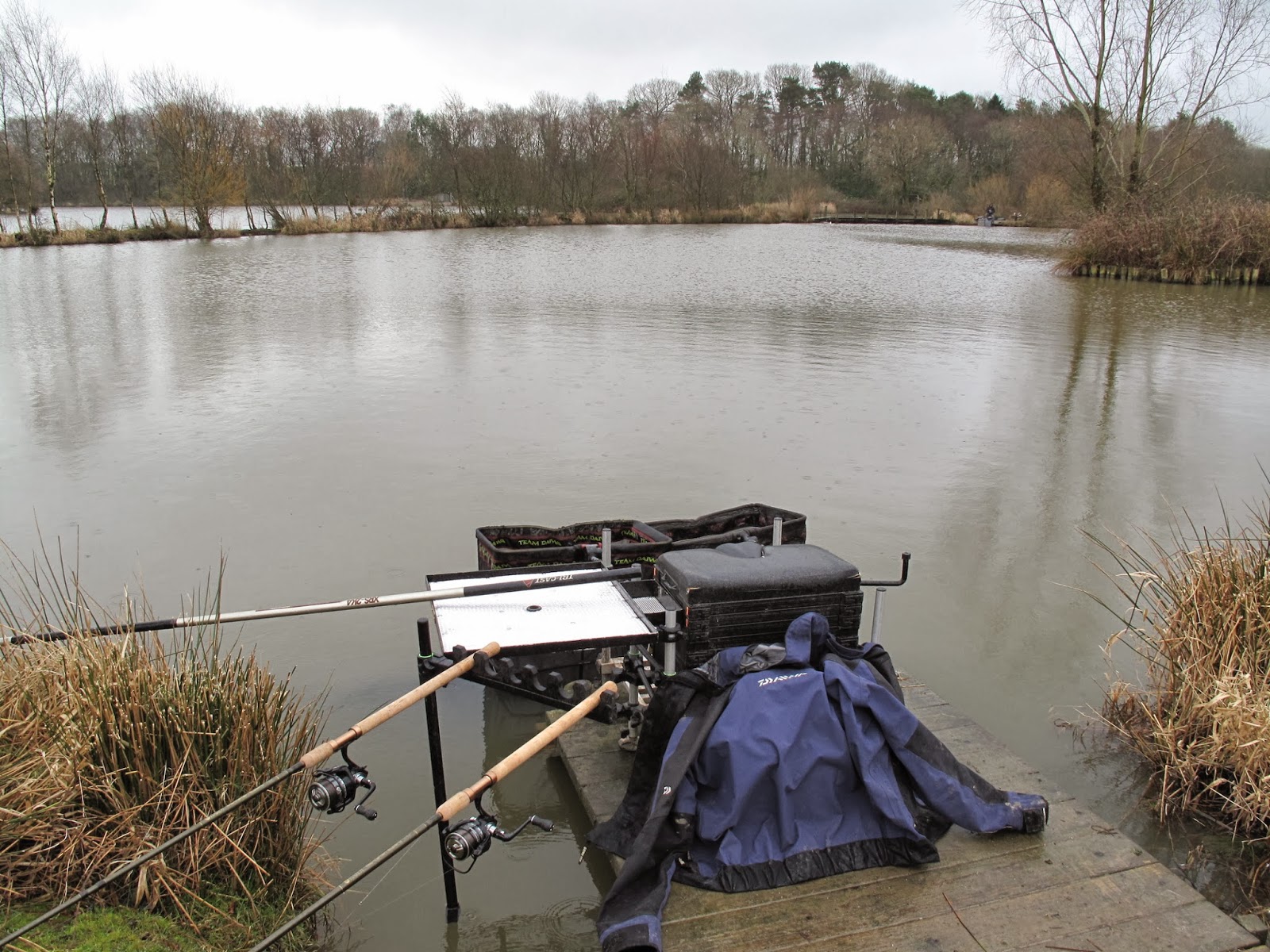 With the MFS Stafford Moor Silvers festival over for another year there is always an optional MFS Champion's league match on the Friday.

Today Carp counted and plenty had shown during the week so I was looking forward to winding down a fun week with an easy day.

20 of us were fishing across Tanners and Woodpeckers.

The Draw
With a few rough looking people, namely Chris Martin (76 Trombones) we all gathered in Andy tackle shop and the draw got underway.  I drew out Peg 3 on Tanner (aka the lawns).  For some reason I always draw on the lawns on the final day...

The Set-Up
Getting to the peg it was a very simple choice for me.  Today would be a bomb and pellet approach.  I also tackled up a pellet waggler rod, just in case the carp were showing at shallower depths.

The All-In
With it still being cold, I decided that a wait and see approach would be the order of the day.  My first cast was to the centre of the bowl of water where the deep water is.  It took 40 minutes before the tip wrapped around and the first carp was in the net.

The next fish came after 30 minutes, it was a lovely surprise to see a tench come to the net.

I was lucky to have the wind off my back which made fishing quite comfortable in the wind and the rain.  The bites were either coming after 5-10 mins in the water or 30-40 mins.

Two of the bites I hooked those rare fish called sunken branch carp... very strangle, fish on and then back comes a big branch... unfortunately they do not count at the weigh in ;-(

I had a quick look on the pellet waggler but nothing, so back on the bomb.  Before I knew it, the all-out was being called.

The Result
34lb 14oz, mini section win, but second on the lake giving me 5 CL points.

Conclusion
I only fed half a pint of 8mm hard pellets and had 18 casts for 9 fish.  Winter carping is all about patience... and it worked well for me.  A great way to finish the festival with a section win and some valuable Champions Leagues points...
Match Fishing Scene (MFS) Matches Stafford Moor