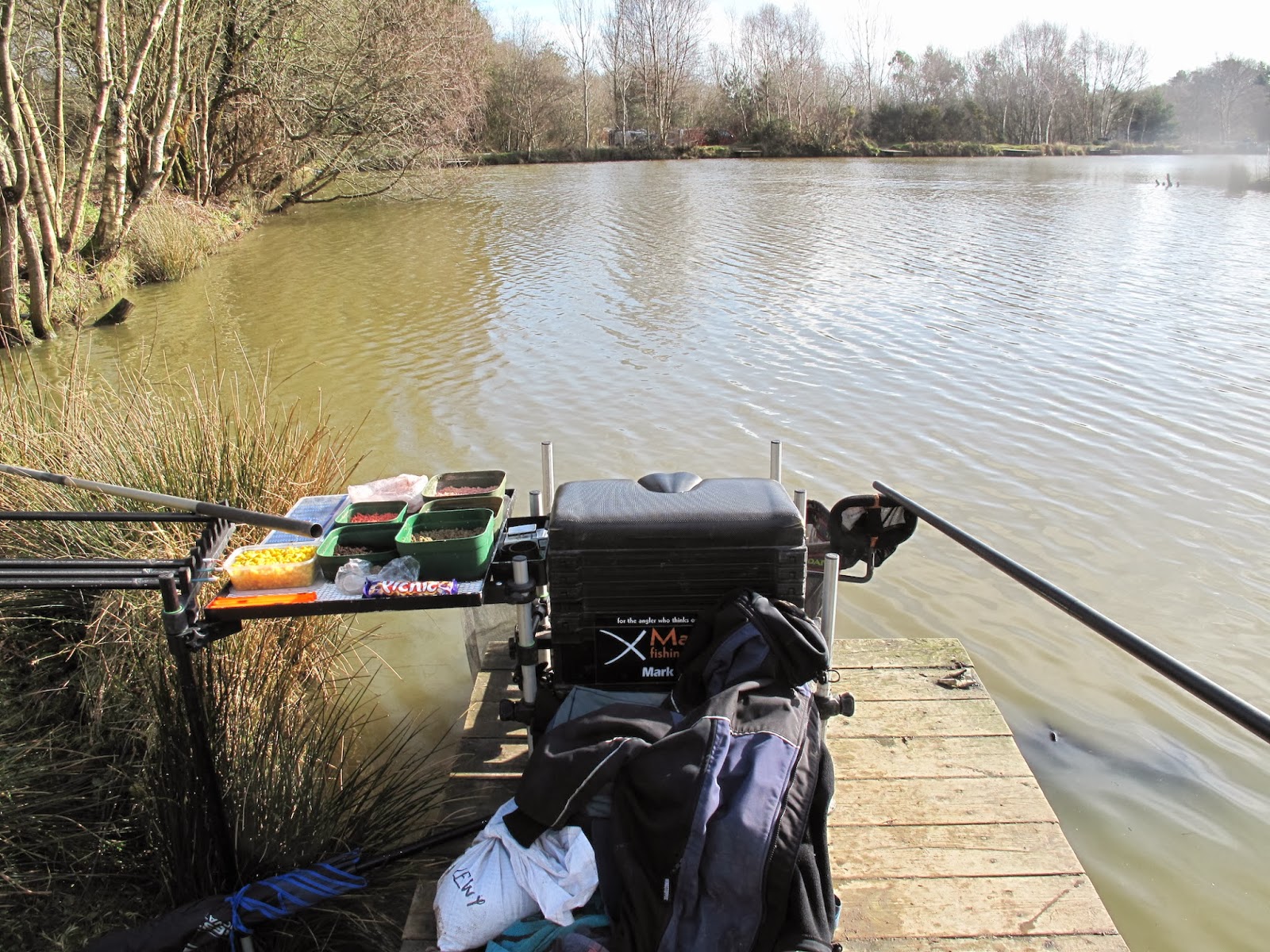 Day 2 of the festival and the weather this morning looked like it would be a nice day. The Lodge of Plenty hosted most of the lads last night, although I managed to get to bed just after midnight. Col cooked up a cracking lamb curry. Andy G provided the entertainment as per usual with his impressions of everyone and trying most of the drinks on the table!


The Draw
I would be fishing Woodpeckers today which had fished hard yesterday. Getting to the draw I pulled out Peg 16, a very easy walk from the car park. Col, aka Billy No Fish (BNF) pulled out 12 meaning he would be next to me and I had a chance of getting my second red shirt! Other lads in the same section were Herbie, Jamie (ASBO Twin) and Kenfish.

The Set-Up
I spoke to Tonkin Tommy who had drawn Peg 16 yesterday. The pole lines would be:
I had decided to adopt a different feeding approach today after watching Jamie yesterday which consisted of dampened micro pellets which I would fish either 4mm expander pellets or double dead reds. The 5 metre swim would be fed by caster with a live red maggot as hookbait.

The All-In
On the whistle I went across to the 2 o’clock swim, kinder cupped in a nugget of micro pellets and lowered the double dead red bait down. I was using the ’99’ lift rig and it didn’t take long before it raised out of the water and the first fish was on.

Over the first hour I fished out the swim which gave me 10 skimmers and a bonus tench. I potted in another nugget of micros and left the swim to settle moving on the other 13 metre line straight ahead following the same feeding pattern. Taking 5-6 skimmers from this swim the wind got up and I decided to try the 5 metre line. 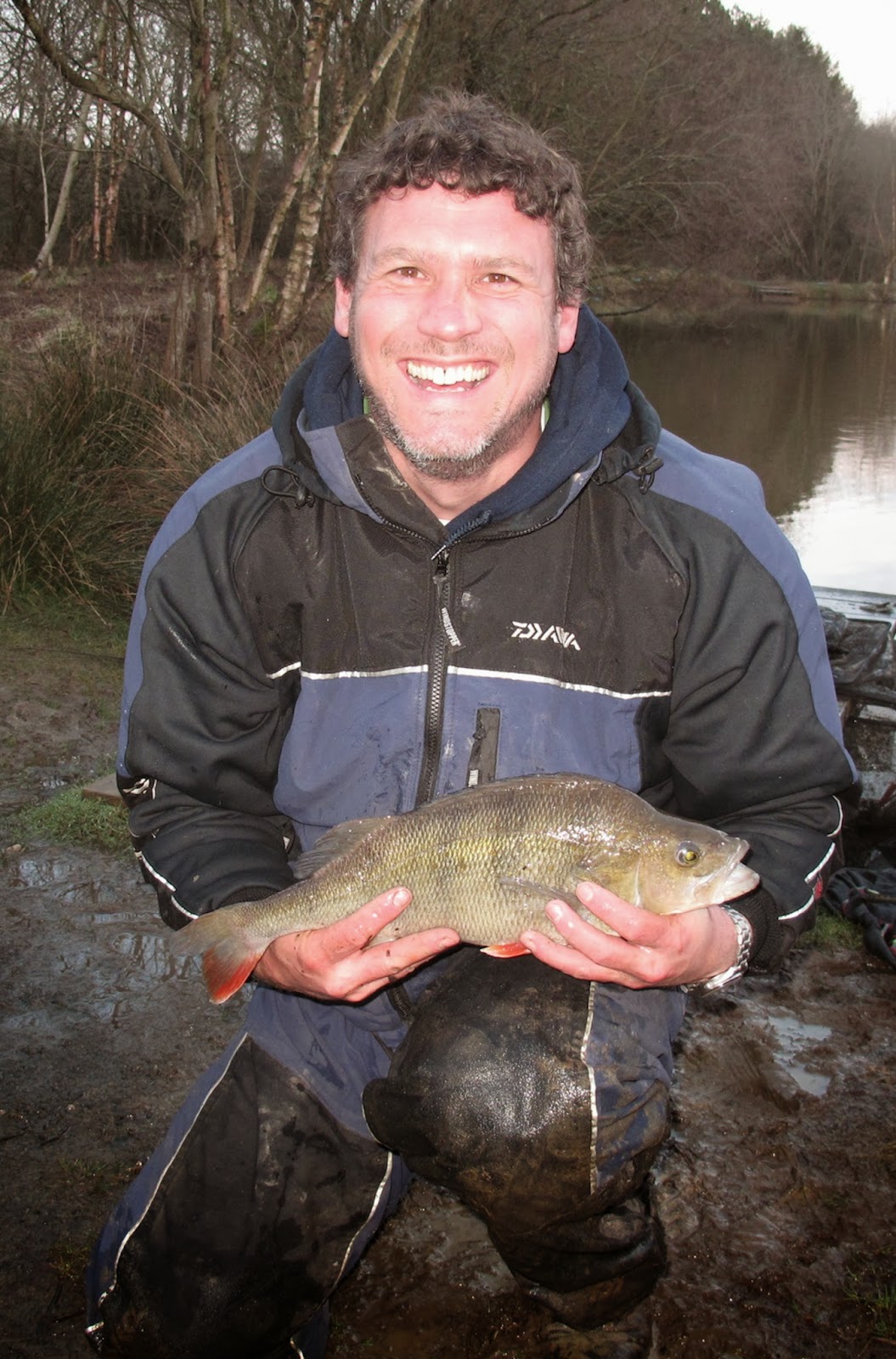 Hour 3 and the 5 metre line was producing some nice roach including a bonus larger skimmer until it died off.

Back on the 2 o’clock line my first fish was a carp which lead me a merry dance for 10 minutes until the rig broke. A quick re-tackle and back over the line. I was happily rotating all the lines and producing some fish although the bigger skimmers never come on the line despite pushing the rig to 14metres.

The 5 metre line was to throw up a few surprises in the shape of some bonus tench including a lovely gold tench. With 5 minutes to go I stayed on the 5 metre line, single red maggot hook bait and the float dipped. I thought I’d hooked a carp in the final minutes. The whistle went and after a few more minutes a big stripy Perch popped up which took me by surprise.

I had done enough to beat Colin and avoid the dreaded red t-shirt.

Conclusion
Great advice from Tonkin Tommy and the micro pellet feed approach worked on the day. Mixing between pellets and dead reds on the long line produced for me. I had hoped to get a good Perch while at Stafford Moor and I succeeded with a new PB Perch of over 3lb…. just! Tomorrow on Tanners lake…. maybe the waggler rod might get an airing! 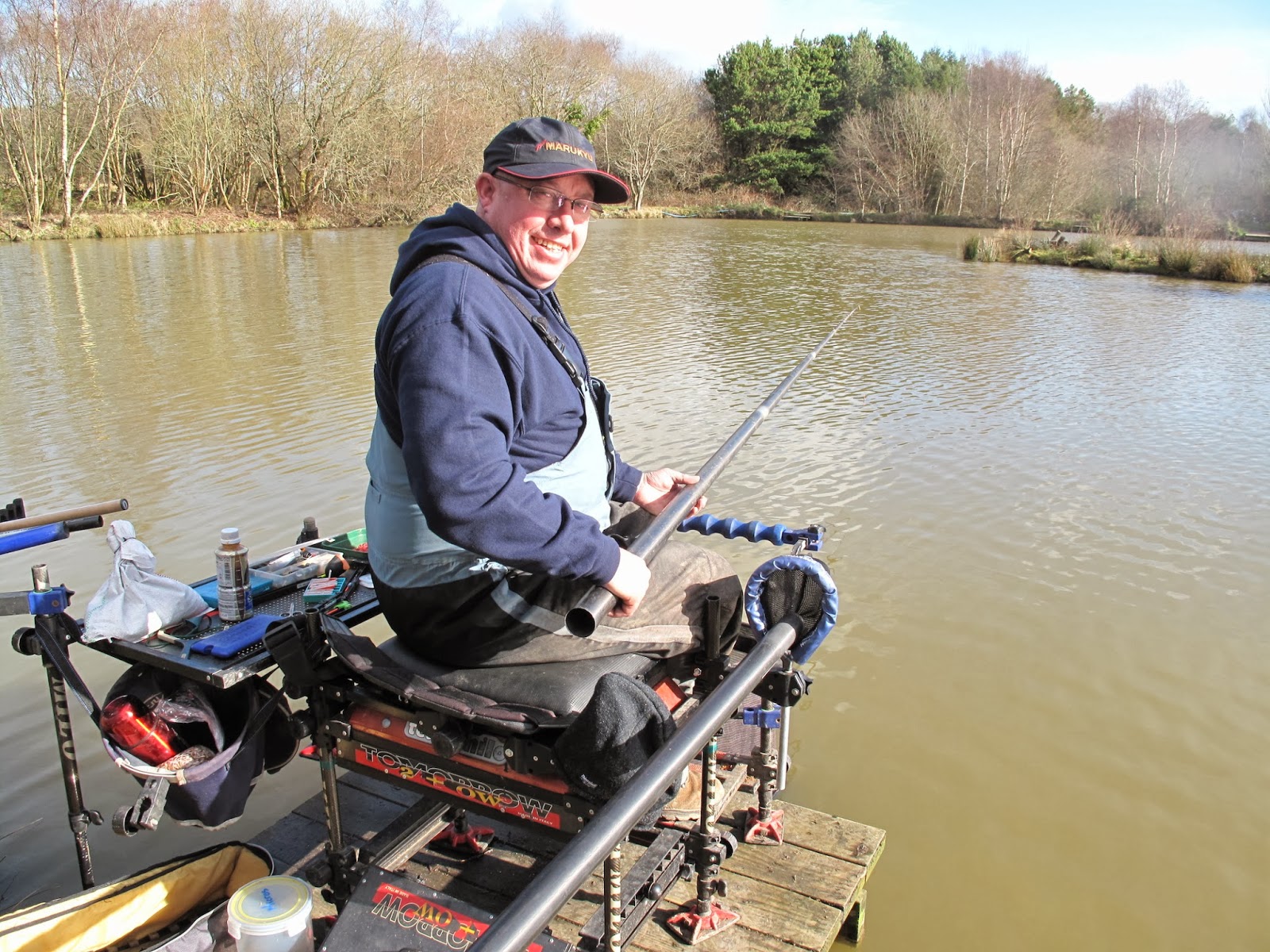 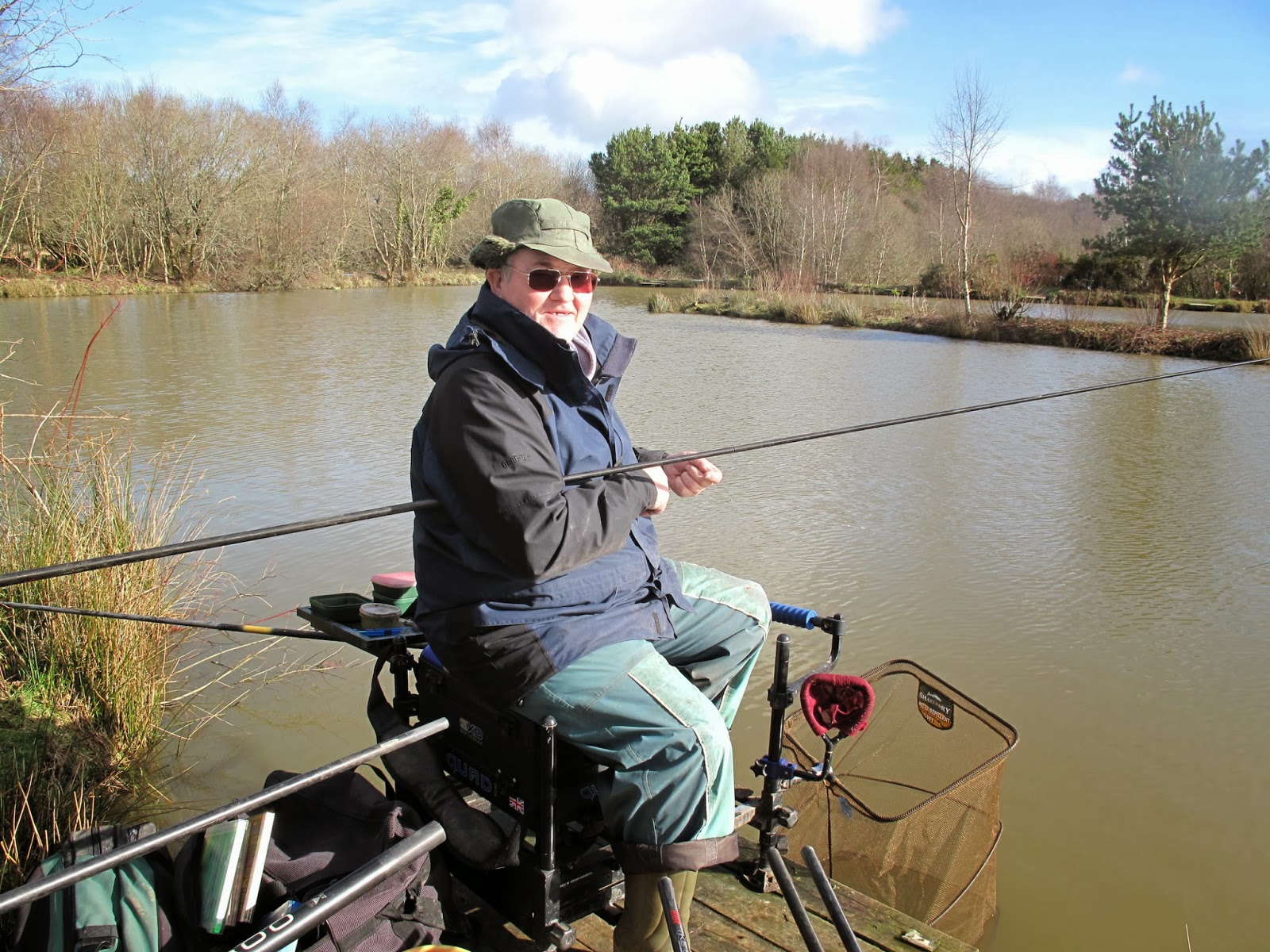 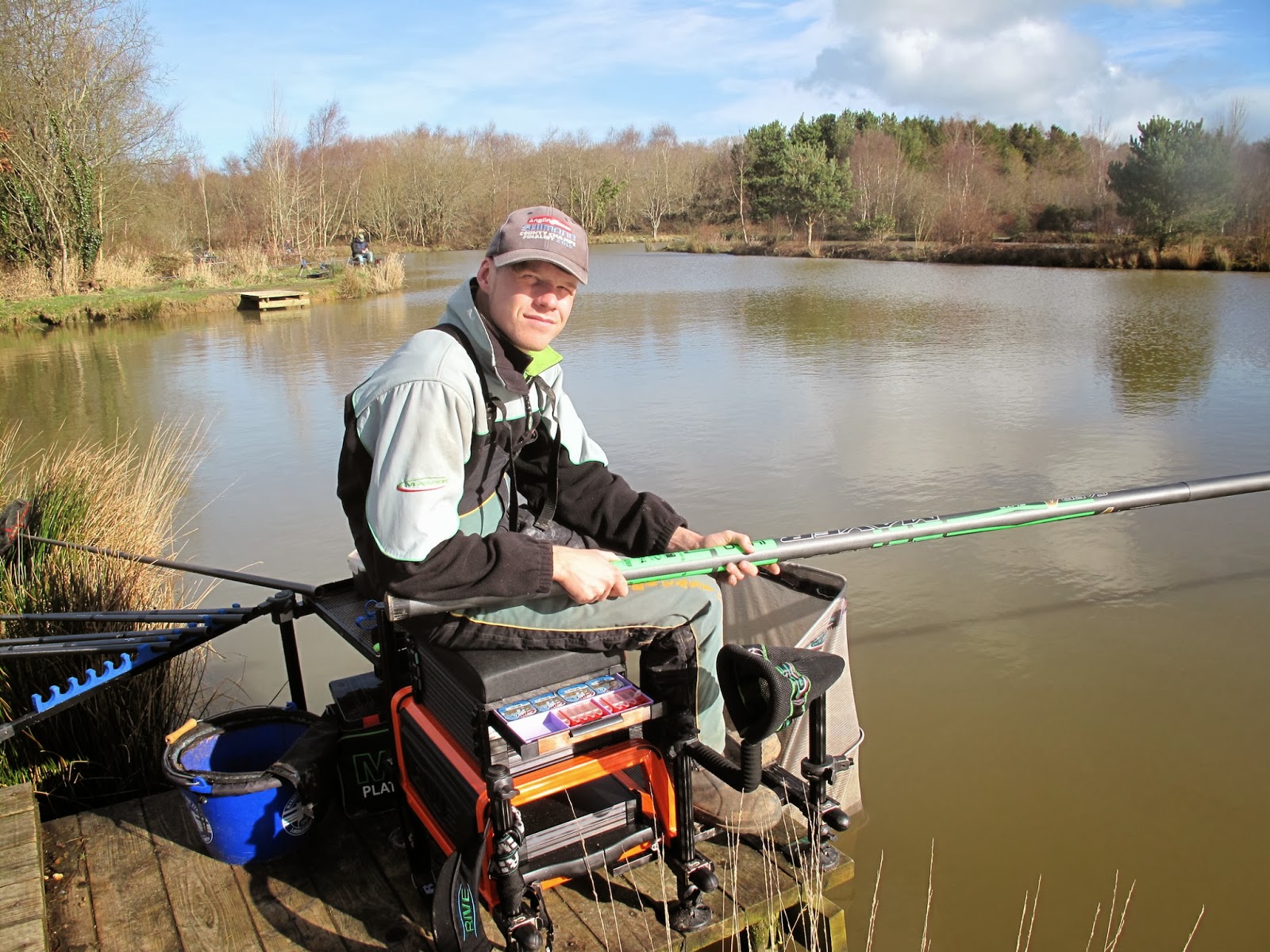 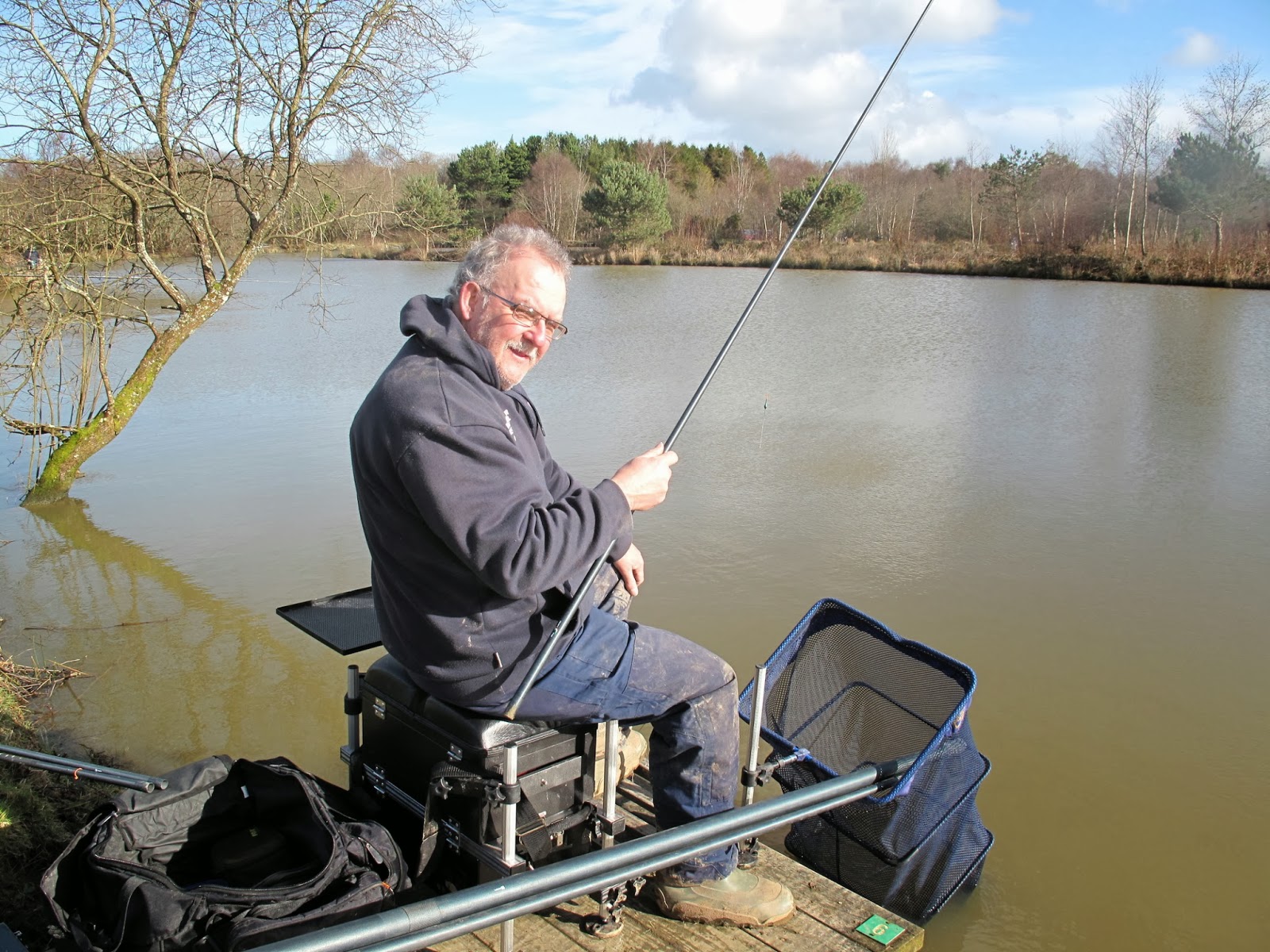 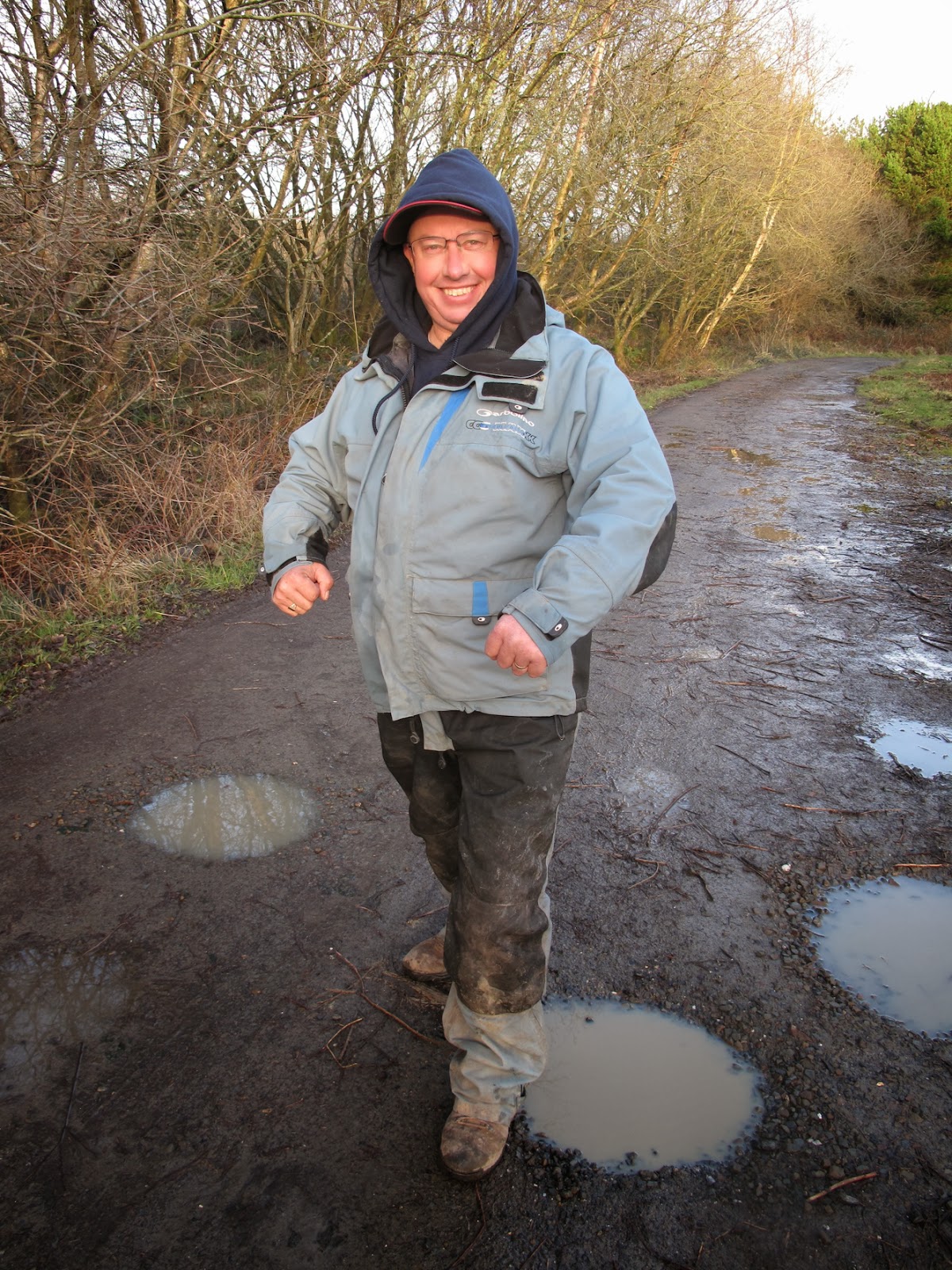 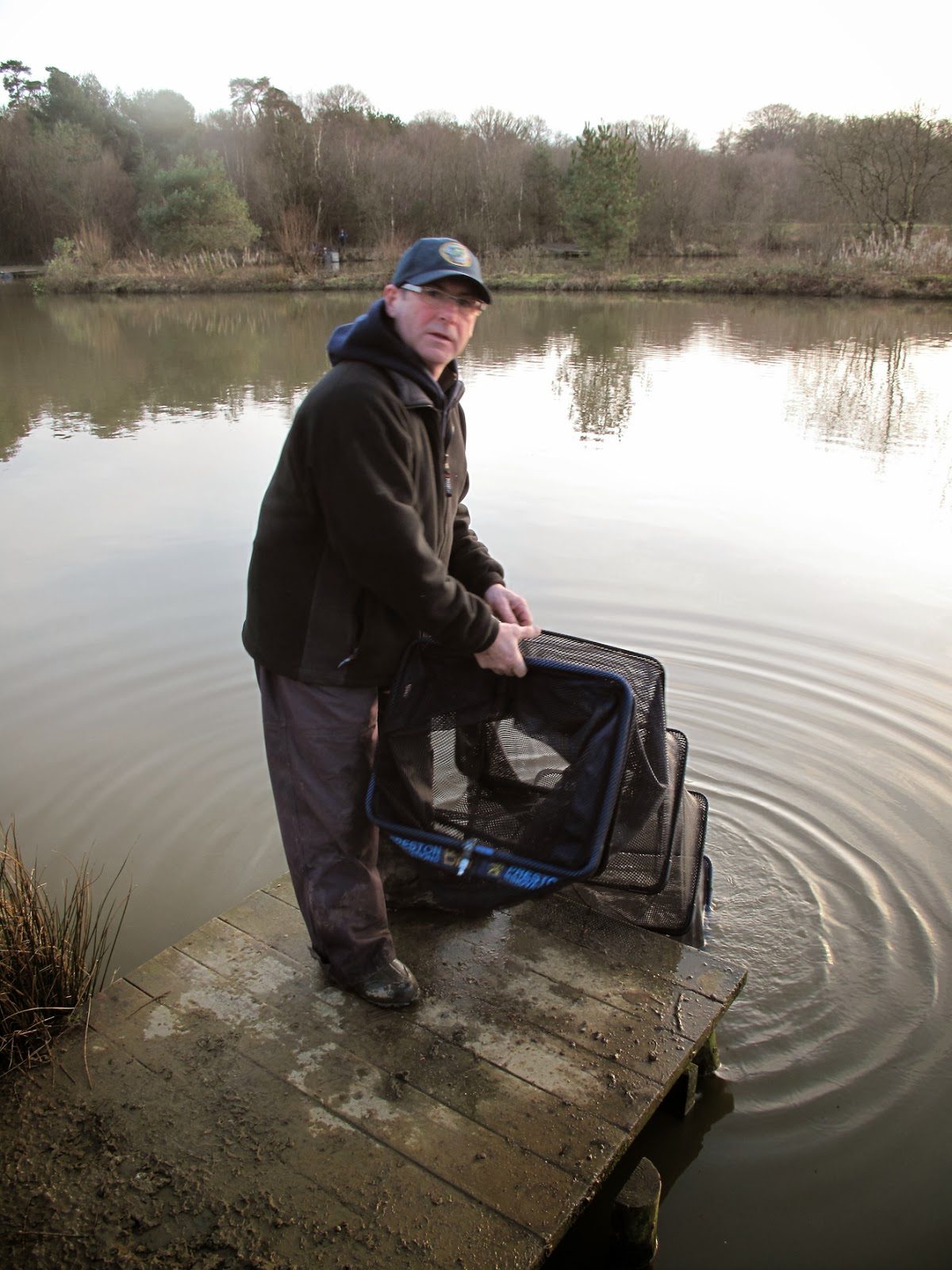 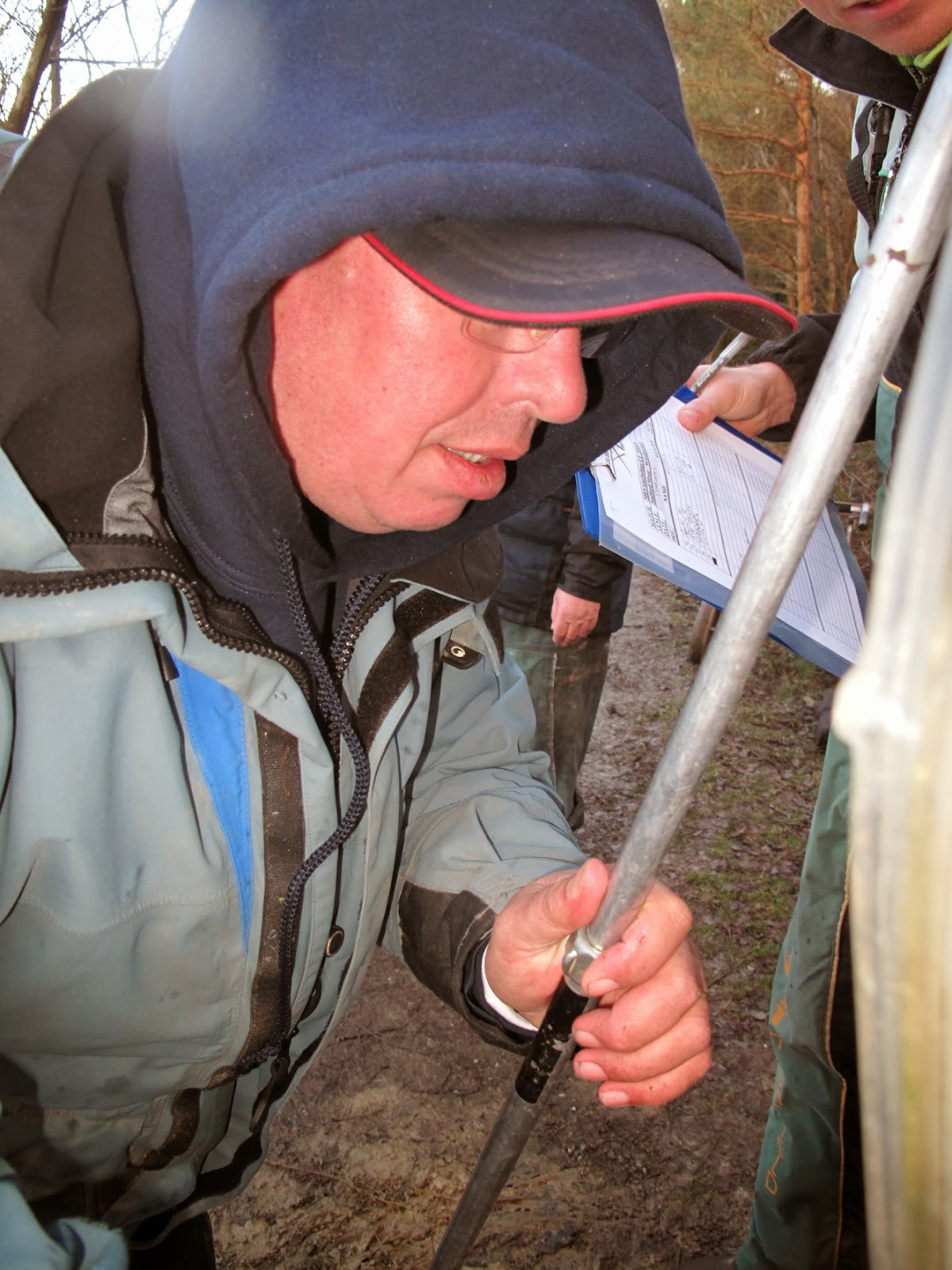 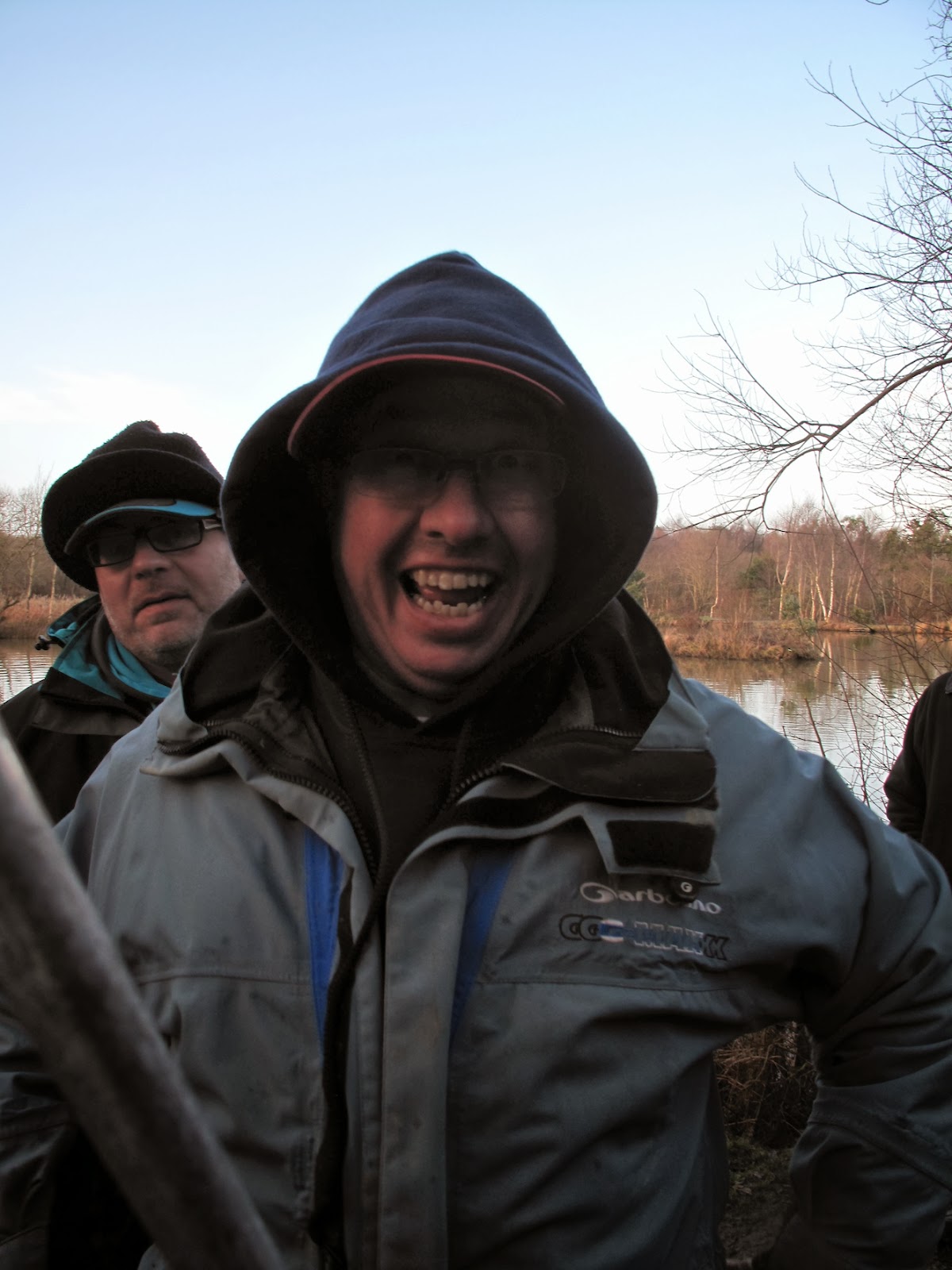